This image is an example of a splash pad for Johns Park and North Lake Park. 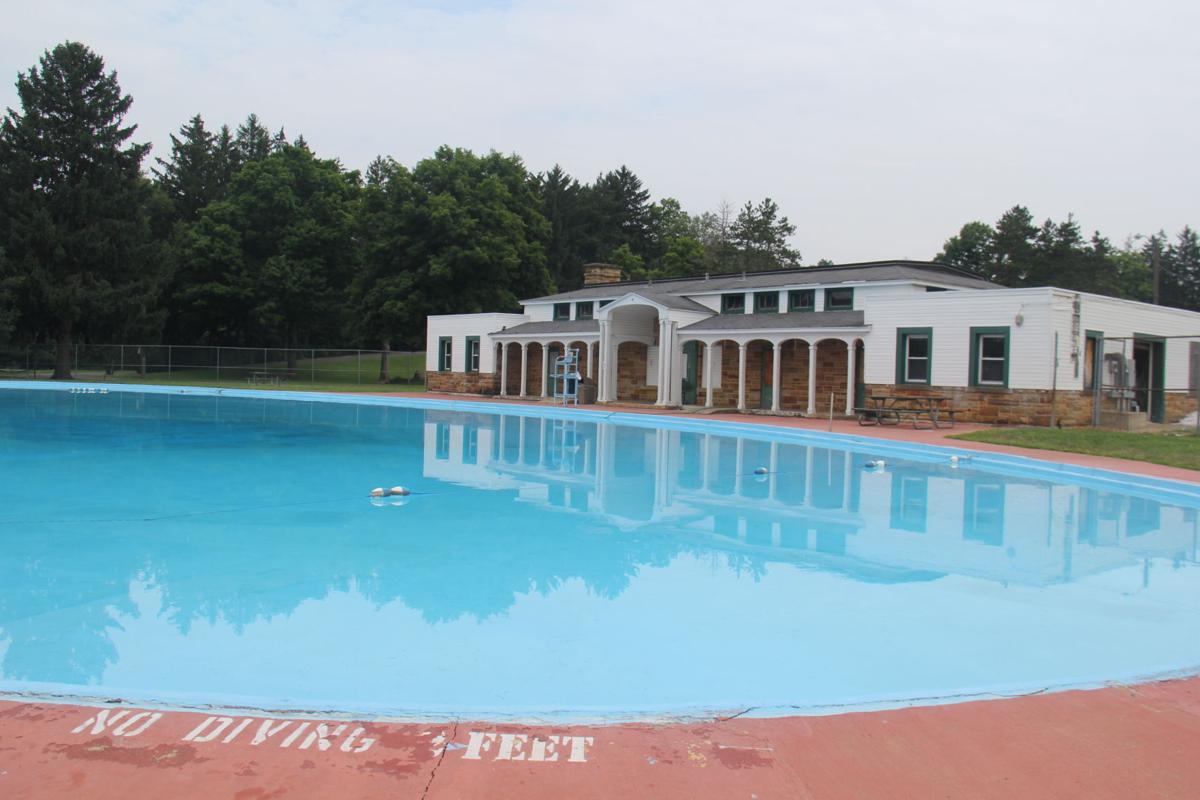 Mansfield City Council is expected to vote Wednesday night on an agreement with the Mansfield Area Y to operate the pool again this summer at Liberty Park. (Richland Source file photo)

MANSFIELD -- Providing watery summer fun for children and families is on the agenda Wednesday evening for Mansfield City Council.

Council is expected to vote on a $35,587 contract with the Mansfield Area Y to operate the pool at Liberty Park and also to accept a $168,000 Richland County Foundation grant to install and maintain new splash pads at Johns Park and North Lake Park.

Council is meeting a day later than normal due to Election Day on Tuesday.

The proposed agreement with the Y calls for the city's only public pool to open May 31 and close on Aug. 8. The pool would be open seven days a week from noon to 6 p.m. Daily admission would be $2 for those 13 and older, $1 for ages 4 through 12 and free for children 3 and under.

In April, RCF trustees approved the grants for the splash pads, which the city hopes to have installed and operational this summer.

Also on Wednesday, City Council is expected to:

-- vote to accept a $500 donation from the Remy-McCullough Family Trust to be used for Safety Town.

-- discuss during caucus a $60,000 grant from the Ohio Office of Criminal Justice Services to be used for a portion of the cost for a family violence liaison officer.

-- discuss during caucus a $51,300 grant from the U.S. Dept. of Justice to offset costs incurred by the Mansfield Police Department for costs associated with COVID-19. 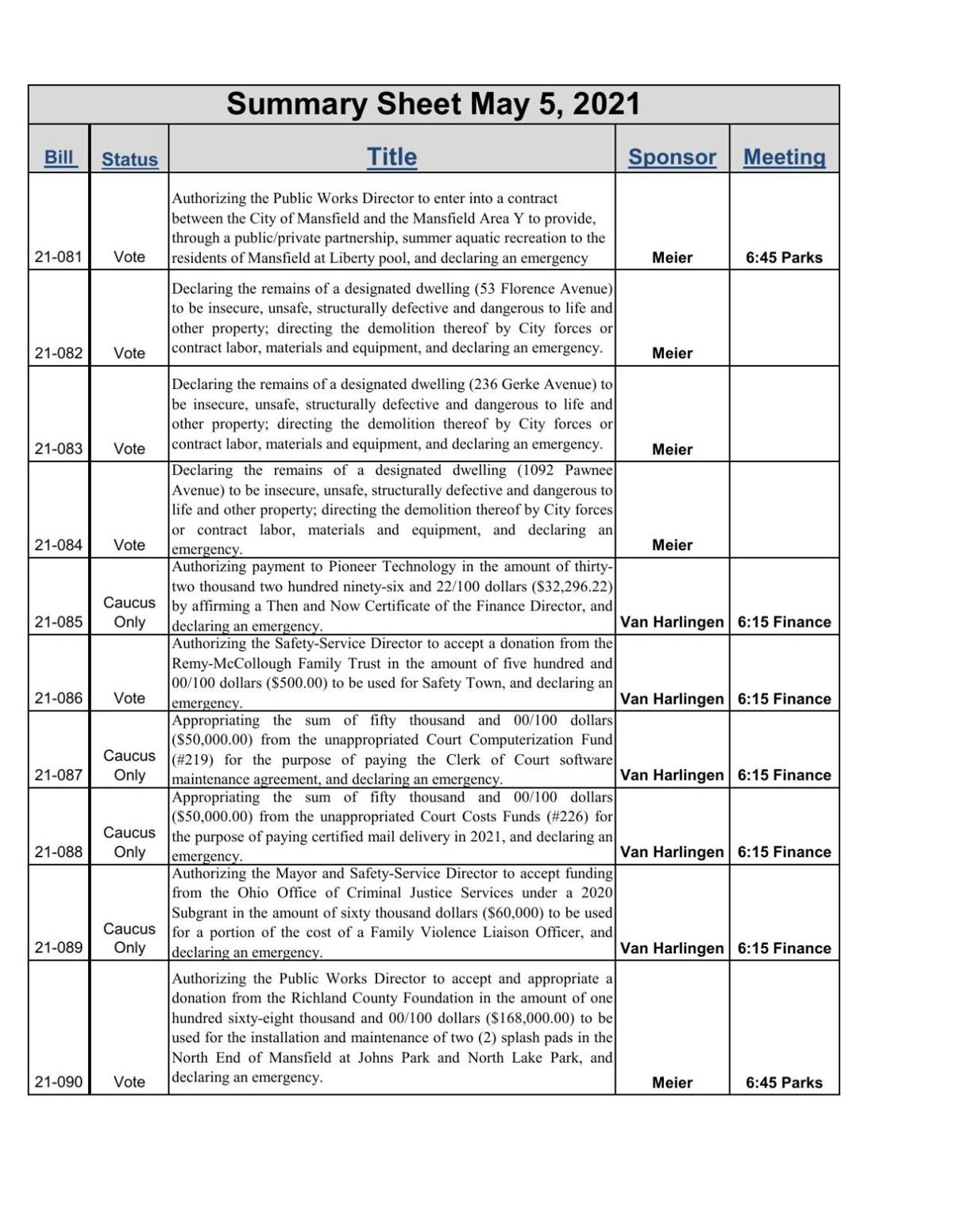 -- vote on the one-year renewal of a software maintenance agreement for $77,791.31 with the Tyler Technologies Corp.

-- vote to accept a $4,800 grant from the Richland County Foundation to hire an intern in the Community Development Department.

-- vote to authorize the safety-service director to trade in old police department armory items to offset the cost of patrol rifles.

-- discuss during caucus the proposed purchase of a Versalift 47-foot aerial unit on a Dodge 5500 chassis cab at a price not to exceed $171,575.

Three are three committee meetings planned before the 7 p.m. caucus and legislative session: claims at 6 p.m., finance at 6:15 p.m. and parks at 6:45 p.m.

Council will again meet in hybrid session in which several council members and the press can attend in chambers under COVID-19 protocols.

There is space for a limited number of people from the public who would like to attend. Those wishing to attend should email council@ci.mansfield.oh.us or call 419-755-9680 to reserve a seat.

The public can also view committee meetings, caucus and council on the livestream on the City of Mansfield’s Facebook page or the city's own website.

K.E. MCartney & Associates was awarded a $1,046,987 contract on Tuesday morning to do the design and engineering services for the Main Street Corridor Improvement plan in downtown Mansfield.