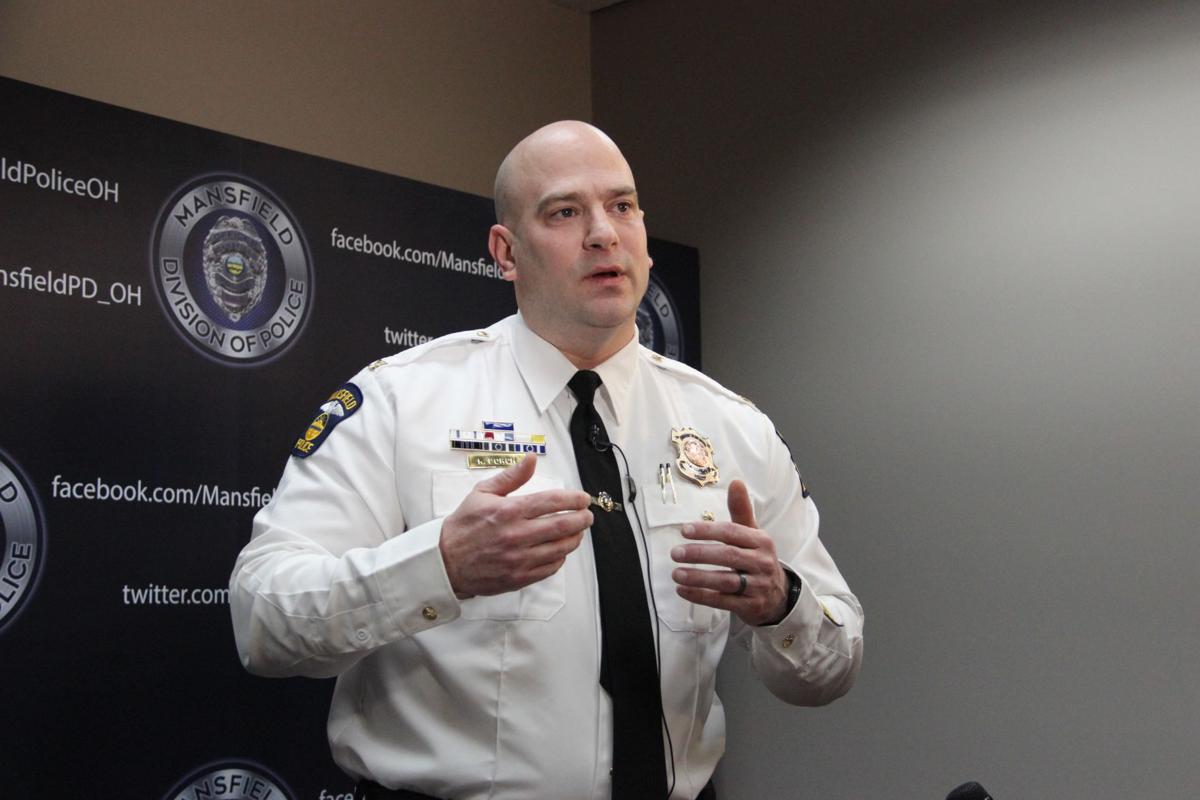 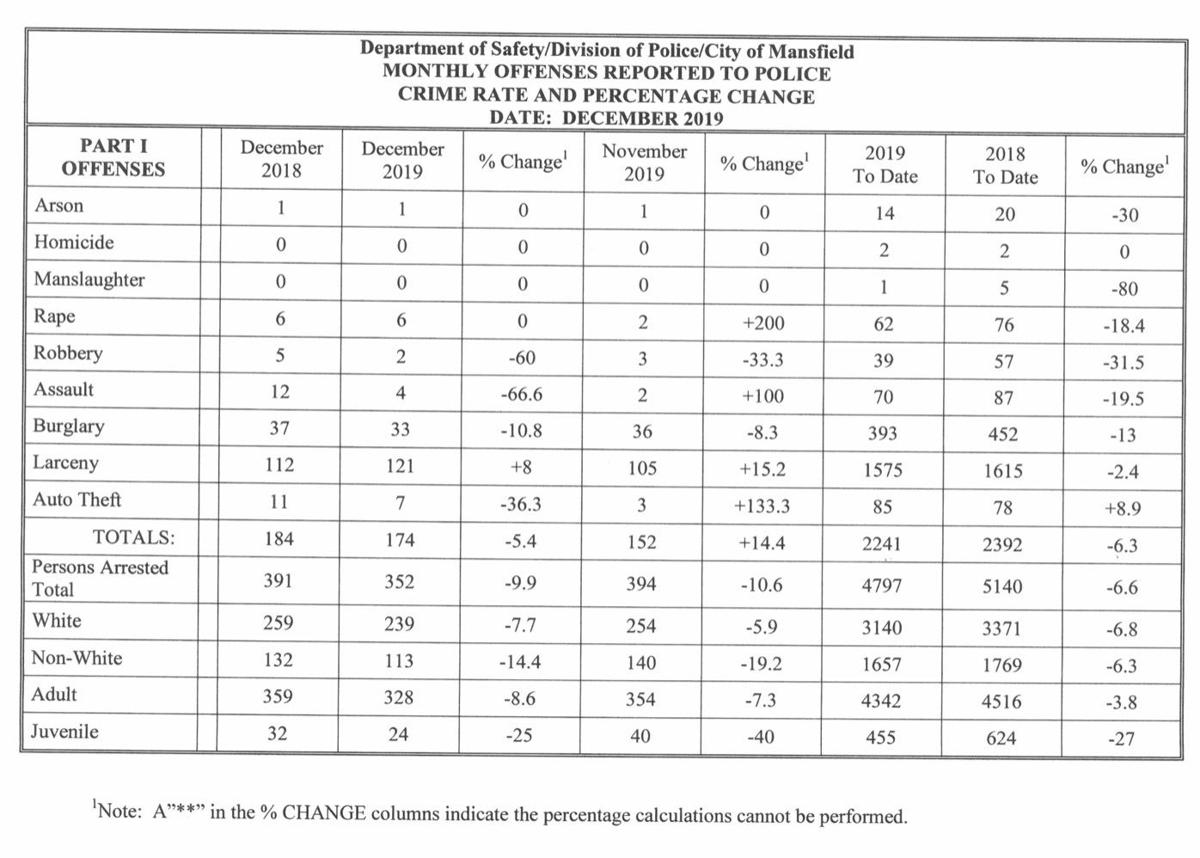 MANSFIELD -- Mansfield police reported a 6.3 percent decrease in the most serious crimes in 2019, but Chief Keith Porch said he doesn't want to focus on the numbers.

The FBI, which tracks these offenses nationwide, chose these offenses "because they are serious crimes, they occur with regularity in all areas of the country, and they are likely to be reported to police."

Porch said the continuing decline is an indication the department is on the right path.

"But it really comes down to a police department to be able to be proactive as opposed to reactive," said Porch, a two-decade MPD veteran who took the chief's role in April 2019.

Porch said the decrease in the most serious crimes have come as a result of numerous variables, including proactive policing, programing with the youth, seeking treatment help for drug addicts rather than incarcerations and the department's crime lab.

Porch said he was most proud of the reduction for theft crimes -- robbery, burglary and larceny.

"With shoplifting and theft, all that stems from the drug trade," Porch said. "When you have drug addicts out shoplifting stealing and committing those offenses, that can really weigh a city down."

Overall however, Porch said, he doesn't like to put too much stock in the numbers.

"It's exciting to celebrate the small things," he said. "But we still deal with violent crime. The youth and groups of people that make up nearly 2 percent of the population, make up about 90 percent of the crime in the city.

"So I'm very leery of those numbers. They look fantastic but they could flip in the matter of a year," he said.

Through the Focused Deterrents Program, Porch said the department is continuing to work with individuals to steer them towards a less criminal lifestyle.

The police department has been tasked with focusing on gun crimes in Mansfield.

"There's still the violent crime that is not changing or (offense numbers are) going up," he said. "When arguments happen, it's not an assault, it's 'let's go get guns' then it becomes felonious assaults and manslaughters and serious crimes.

"There's a lot of things I believe we still need to be focusing on which is violent crime."

According to Sheila Bradshaw, records supervisor for the department, there were 20 incidents of aggravated assault or felonious assault and one murder with a firearm in 2019.

Porch said detectives and patrol officers have been told any case with a firearm is the department's top priority. There were four shootings in Mansfield during the first month of 2020.

"We're on the scene and doing everything we need to do to follow that up right now," the chief said. "And no one goes on until the leads are dead and we've lifted every rock."