Richland and Crawford county commissioners view drone footage of the Black Fork during a Zoom meeting on Friday morning. 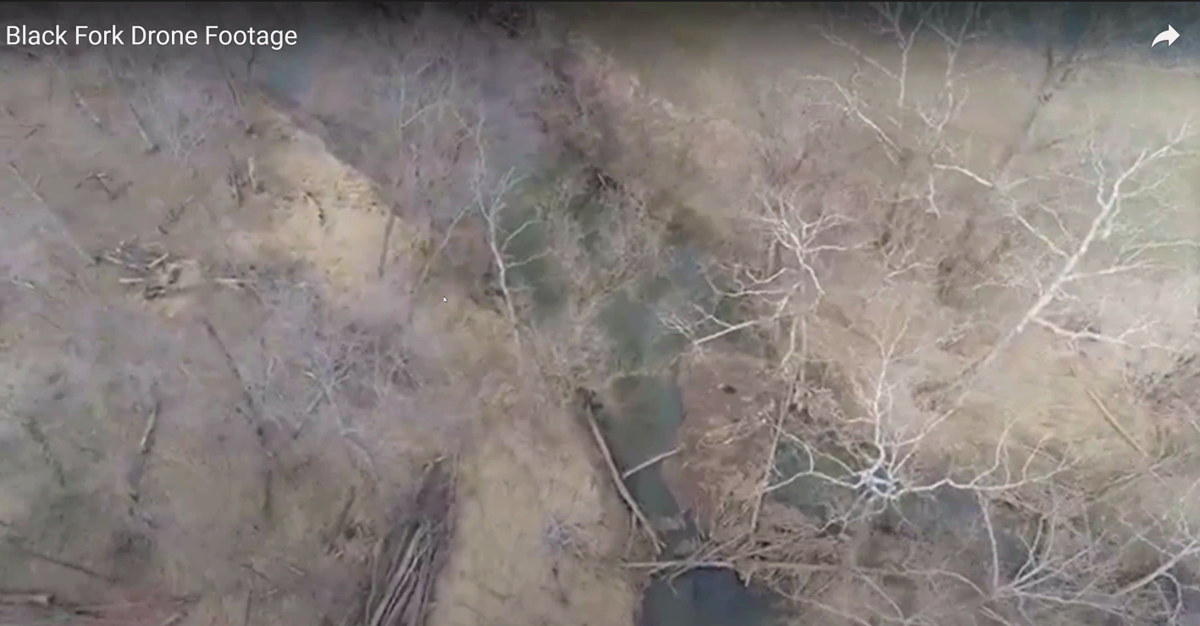 A drone recording video of the Black Fork recently revealed blockages such as this one. 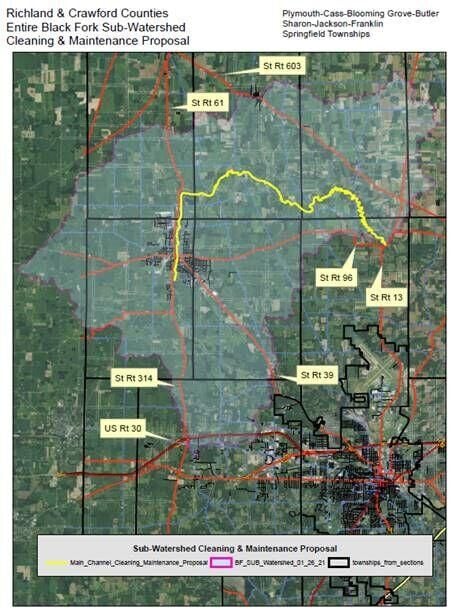 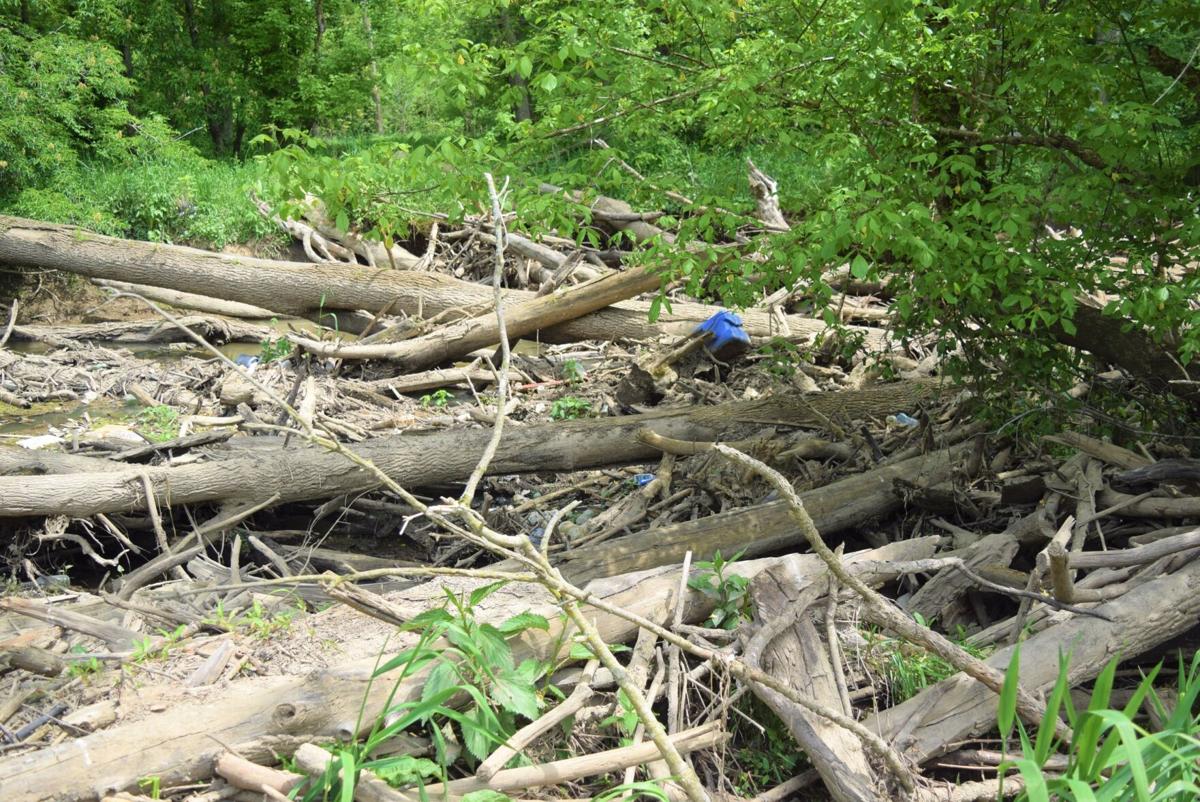 This logjam was seen Thursday on the Black Fork northeast of Shelby.

He spotted a logjam blocking the flow of the river near Shelby.

"If that was my artery, I would be very sick," Mears said as he and other Richland and Crawford county elected officials watched 2 1/2 hours of drone footage over 18 miles of the winding waterway.

The aerial view of the river was the next step for a joint ditch project that began Feb. 24 when the City of Shelby and rural community members filed a ditch petition, asking for a project that could improve drainage and reduce flooding.

Wallace shot the footage over several days, though it was recorded before the May 9 heavy rains that led to high water in several locations along the Black Fork, including Shelby.

The Black Fork rises about seven miles west of Mansfield in Richland County and initially flows northward through the City of Shelby, then eastward across northern Richland County before turning southeast for the remainder of its course through eastern Richland and southern Ashland counties.

Flooding along the Black Fork has been a frequent and recurring problem, especially in the Shelby area.

After watching the footage, Richland County Commissioner Tony Vero said he noted nine "major" and 61 "minor" blockages, the latter of which could be as simple as a dead tree laying over the water.

"It's a little better than I expected," Vero said, adding he was concerned after a "physical viewing" of blockages during a walking visit to the Black Fork on Thursday afternoon. "I saw some major debris on Thursday and I was wondering, 'What if we have a lot of these over the 18-mile stretch?'

"Some work could definitely help the flow," Vero said.

The petition asks commissioners from the two counties "to study and examine the economic benefits to the City of Shelby and the approximately 70,000 acres of the agricultural community that lie within the petitioned watershed area."

If approved by commissioners, owners of about 10,000 parcels of land could be assessed to pay for the work, which would clean and maintain the river annually by removing felled trees, leaning logs, log jams and debris piles.

The work would improve flow and drainage, but would not completely eliminate flooding, according to Wallace.

"It would reduce the severity (of flooding) and reduce the amount of time that lands under water," he said Friday. "But if we get several five-inch rains, there is only so much you can do. Cleaning the channel and removing debris will reduce it."

The next step in the process will be a public hearing Aug. 5 at 6:30 p.m. at the Longview Center, which will include a preliminary cost estimate from Gove. That dollar estimate will be key to whether the project advances.

"Our decision is to be solely based on whether the benefits will outweigh the costs," said Crawford County Commissioner Doug Weisenauer, whose county is included since some of the parcels involved that would benefit from the effort are in Crawford.

Mears and Vero urged interested residents to attend the public hearing. About two dozen residents attended the river walk on Thursday, many posing questions about costs and property that commissioners said would be addressed at the hearing.

"We want to make an informed decision," Mears said. "We have a large room (at Longview) and can accommodate a lot of people."

If it goes forward, the joint ditch project would be a continuation of two phases already privately planned and organized by Shelby residents at a cost of about $367,000.

RSWCD Administrator Erica Thomas said in March that phase one cleared the waterway from Ohio 13 to State Street in Shelby and that a second phase, clearing the river from State Street to Mickey Road was nearing completion.

The joint ditch project would cover the Black Fork from the Mickey Road bridge in Shelby to the eastern edge of the water course bridge at Ohio 13 in Franklin Township.

MANSFIELD -- The Richland Soil & Water Conservation District will use a drone to obtain video of about 15 miles of the Black Fork, the fir…