MANSFIELD -- Members of the public can learn more Tuesday at 5:30 p.m. about a plan to convert Diamond Street to two-way traffic through the downtown.

They can also offer their own input into the proposal, which was introduced during a Mansfield City Council meeting on Jan. 21.

The $360,000 conversion proposal is another part of the Mansfield Rising downtown reinvestment plan, which suggested the city adopt and implement a complete streets policy in the downtown area.

It would be similar to Mulberry Street, one-way southbound for many years, which was was converted to two-way traffic in August 2019. 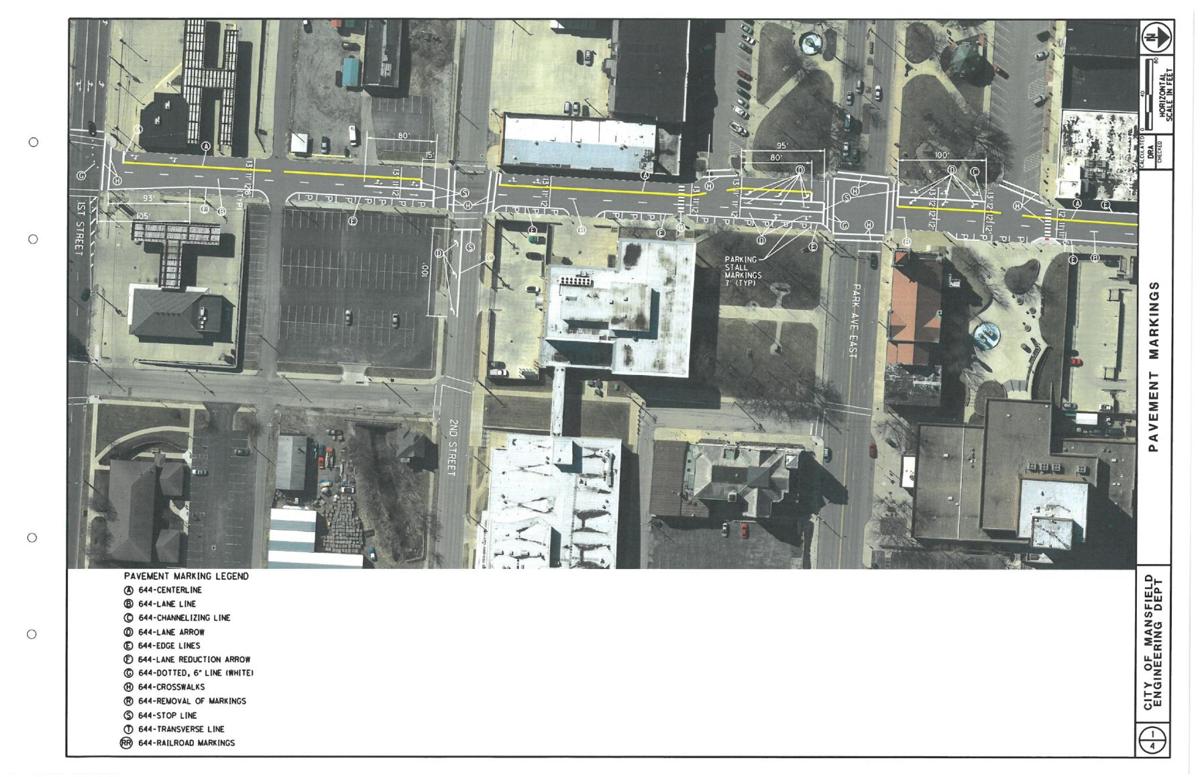 The meeting with city leaders, including engineer Bob Bianchi, will be in City Council chambers at the Municipal Building.

"We understand people need to get from point A to point B. but we also want to do that with the idea of making downtown more accessible," he said. "Downtown is becoming more of a destination, so we want to make sure we have that at the forefront as we consider projects.

"Our goal in the end is if you want to go northbound on Diamond and southbound on Mulberry that the traffic signals would be timed so that you could drive the speed limit and most of the time get through downtown," the engineer said.

"That's the point. You want to get through downtown. But then also, people want to get TO downtown. Our goal is to accommodate both of those," Bianchi said.

"We want to ask the public and, specifically, the businesses along Diamond Street to come and see the plan. Tell us what you think," Bianchi said, adding that public comment led to positive revisions in the original plans to convert Mulberry Street.

"We want to review it and continue to review it," Mayor Tim Theaker said. "There are always better ways to do things."

No general fund money would be spent on the conversion, Theaker said.