MANSFIELD -- A program offering $500,000 in grants to local small businesses impact by COVID-19 goes into effect Wednesday at 9 a.m.

The chamber will receive $25,000 from each entity to administer the program. Additional funds may be added to the program when additional CARES Act funds are released by the state or if other local governmental entities choose to contribute.

The city received $1.69 million in the initial round of CARES Act relief funds. The county received $2 million. The funds must be spent on COVID-19 related expenses and must be encumbered by Oct. 15 and spent by Dec. 28.

“We are pleased to partner with Richland County and the City of Mansfield on this important program,” said Jodie A. Perry, chamber president & CEO.

“Small businesses are bearing the brunt of this crisis and the ongoing impacts, to be able to offer a program like this is essential to their survival. I appreciate the leadership at the county and the city for bringing this together," Perry said.

Eligible businesses must have 20 full-time equivalent (FTE) employees or less, have $1.5 million or less in revenues in 2019, have been in operation prior to Sept. 1, 2019, and be a for-profit business, Perry said.

Businesses with no employees other than the owner, are allowed to apply, but it must be the primary source of income for the owner.

Other eligibility requirements as well as a full outline of the grant guidelines can be found on the chamber’s website at www.richlandareachamber.com.

Applications will be taken online through the chamber’s website, starting Wednesday at 9 a.m. Applications close Sept. 13 at 11:59 p.m. After that, the chamber’s grant underwriting Committee will score applications and announce grants on Sept. 28.

Perry said the chamber expects a large volume of applications to the program and is having discussions with other entities about contributing additional funds to the program.

Perry encouraged all eligible businesses to apply. If additional funds become available, the chamber will use the list of businesses from this round of applications to make additional awards.

Two online informational sessions are scheduled – on Thursday at 9 a.m. and Friday at noon. The sessions are free but require a registration. Businesses should visit the chamber’s website to sign up.

“Our small businesses are the lifeblood of Mansfield, and we know that many are struggling because of the pandemic,” Mansfield Mayor Tim Theaker said. “I’m proud that the city will be able to provide support for this program and ensure more businesses can be helped.”

"We know how important they are to our economy,” John said. “We felt it was extremely important that some of the CARES money that was received by the county be used to assist our small businesses. We thank the chamber for their willingness to partner with us to bring this program to life.”

For more information regarding the Richland County/Mansfield Small Business Relief Grant, visit the chamber website at www.richlandareachamber.com or call the chamber office at 419-522-3211. 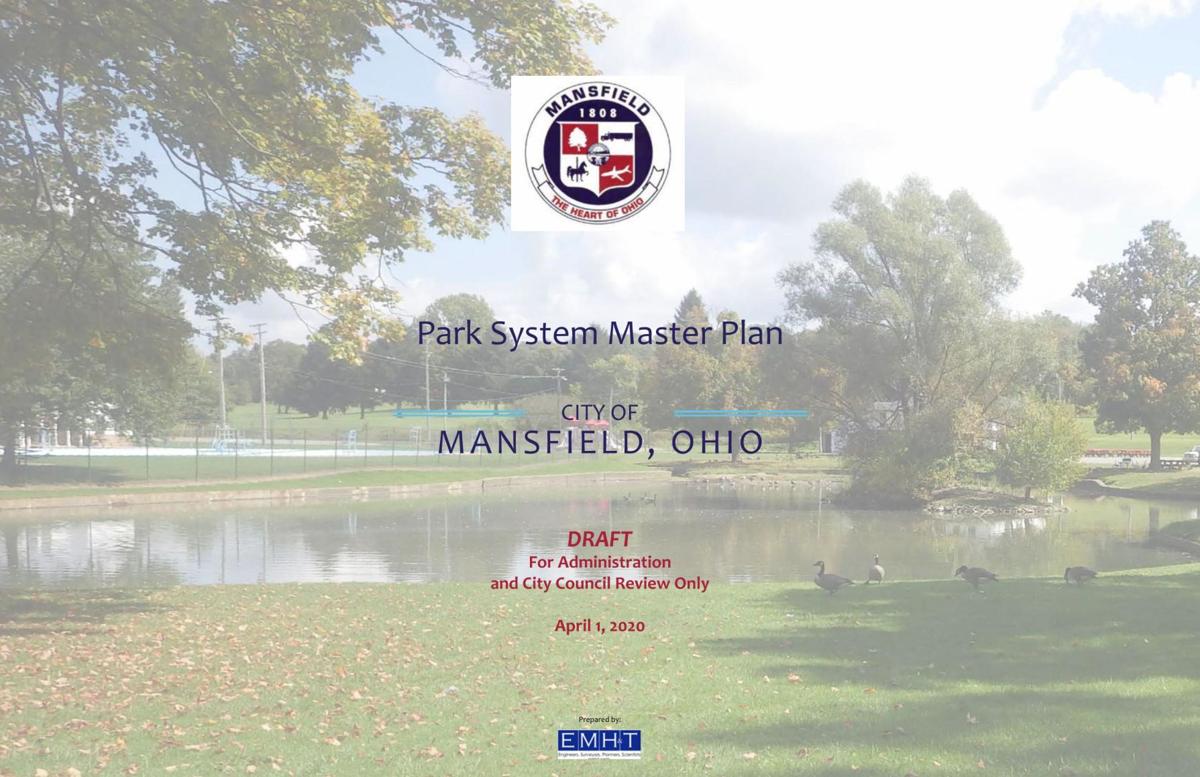 The 78-page plan, developed by EMH&T, a Columbus-based company that has designed development and public works projects since 1926, was unveiled in April by Mark Abrams, the city's parks and recreation manager.

"This has been a long time coming. It's been a labor of love for the parks department," Abrams said Tuesday night during a parks committee meeting.

"We have something (now) we can really sink our teeth into. I don't want  council, administration or the public to get worked up on that $29 million price tag. This plan is long term. It will probably be around after I am gone," Abrams said.

Jim Dziatkowicz, director of planning and landscape architecture for EMH&T, explained the two-year process and said the goal for his company was to provide a "road map" the city could use in planning improvements to its parks and recreation system. 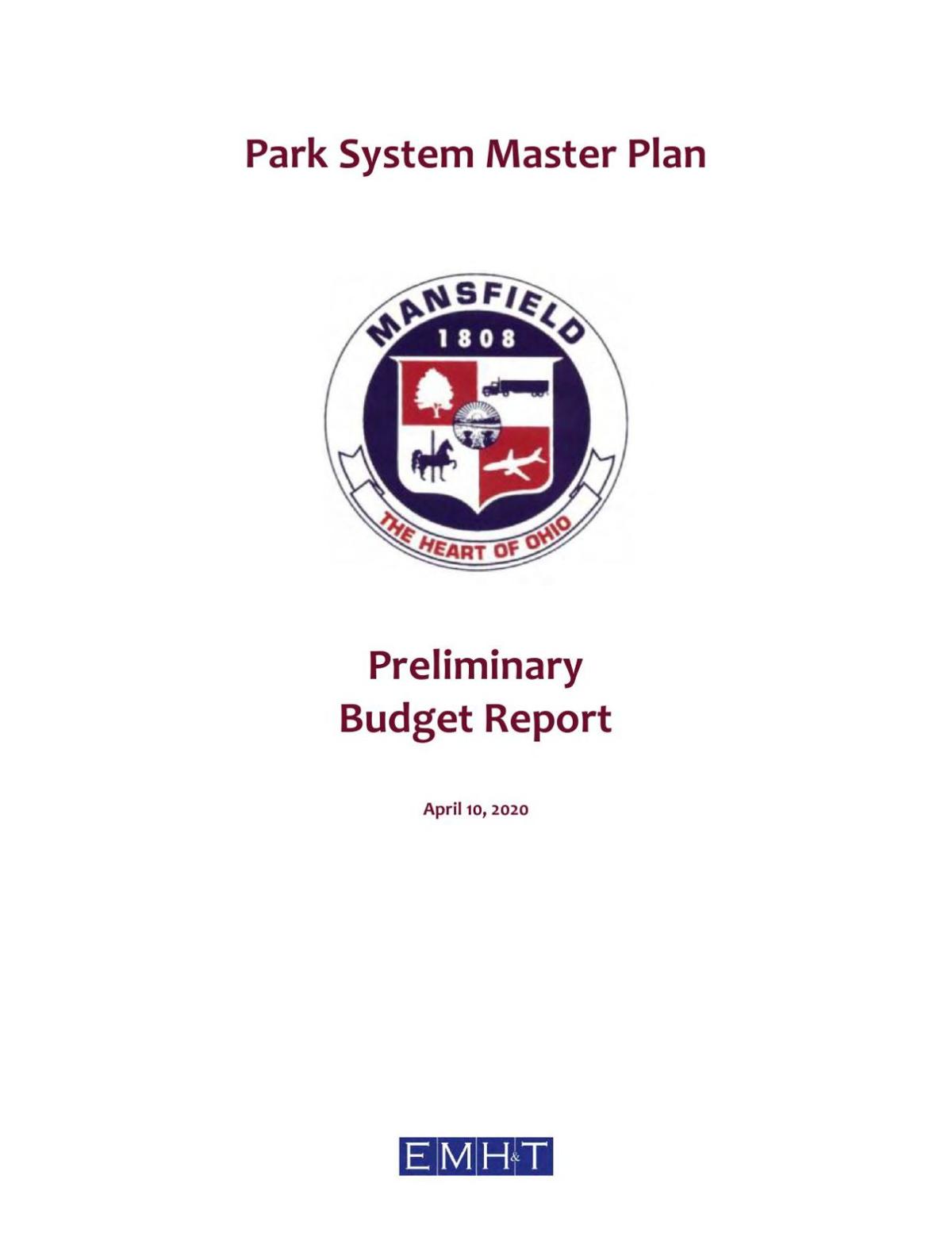 The community needs assessment portion of the project, which included a survey of local residents and a public input session, didn't reveal any big surprises, Dziatkowicz said.

Council is expected to give three readings on the resolution on Sept. 15 and Oct. 6. A final reading and vote is planned Oct. 20.

During the committee meeting, council also discussed a plan to divest 10 of the city's most lightly-used parks to the Richland County Land Bank, a proposal first introduced in January.

In January, he told council, "This is something that needed to be done for years. We are at a crossroads with our parks department. Either we grow our department or we shrink our footprint. With the conversations about the (city) budget earlier, there is probably no realistic possibility of growing the budget."

-- -- gave a second reading on a $35 million bond issue that would pay for EPA-mandated improvements at the city's water treatment plant and also on water rate increases that would re-pay the bond and also launch a systematic replacement of water lines throughout the city over the next decade. Those issues are scheduled for votes on Sept. 15.

-- give first reading to an ordinance that would allow the city to use the "construction manager at risk" during construction of public improvements. If approved, the manager would participate in the design process and could then perform the work or sub-contract all or parts of the project.

-- gave first reading on a proposal allowing the city to enter into a contract with Debt Recovery Solutions to be the third-party debt collection agent for the city to collect delinquent water and sewer accounts.

-- approved a license to St. Peter's Evangelical German Lutheran Church to construct and install an immigrant bell in South Park.

-- approved the amendment of the city's personnel ordinances to upgrade the police aide and parking control officer positions.