MANSFIELD — An Ohio State Highway Patrol investigation into a June 12 crash involving a Mansfield Police Department cruiser has been forwarded to the law director's office for review.

No charges have yet been filed, according to Mansfield Municipal Court records. Richland Source obtained a copy of the report Tuesday through a public records request.

Trooper Holly Chesnik with the Mansfield Post completed the nine-page report of the crash, which involved Mansfield police Officer Justin Cikity, 31, and Arianna Carver, 22, whose home is in Willard, according to the report. 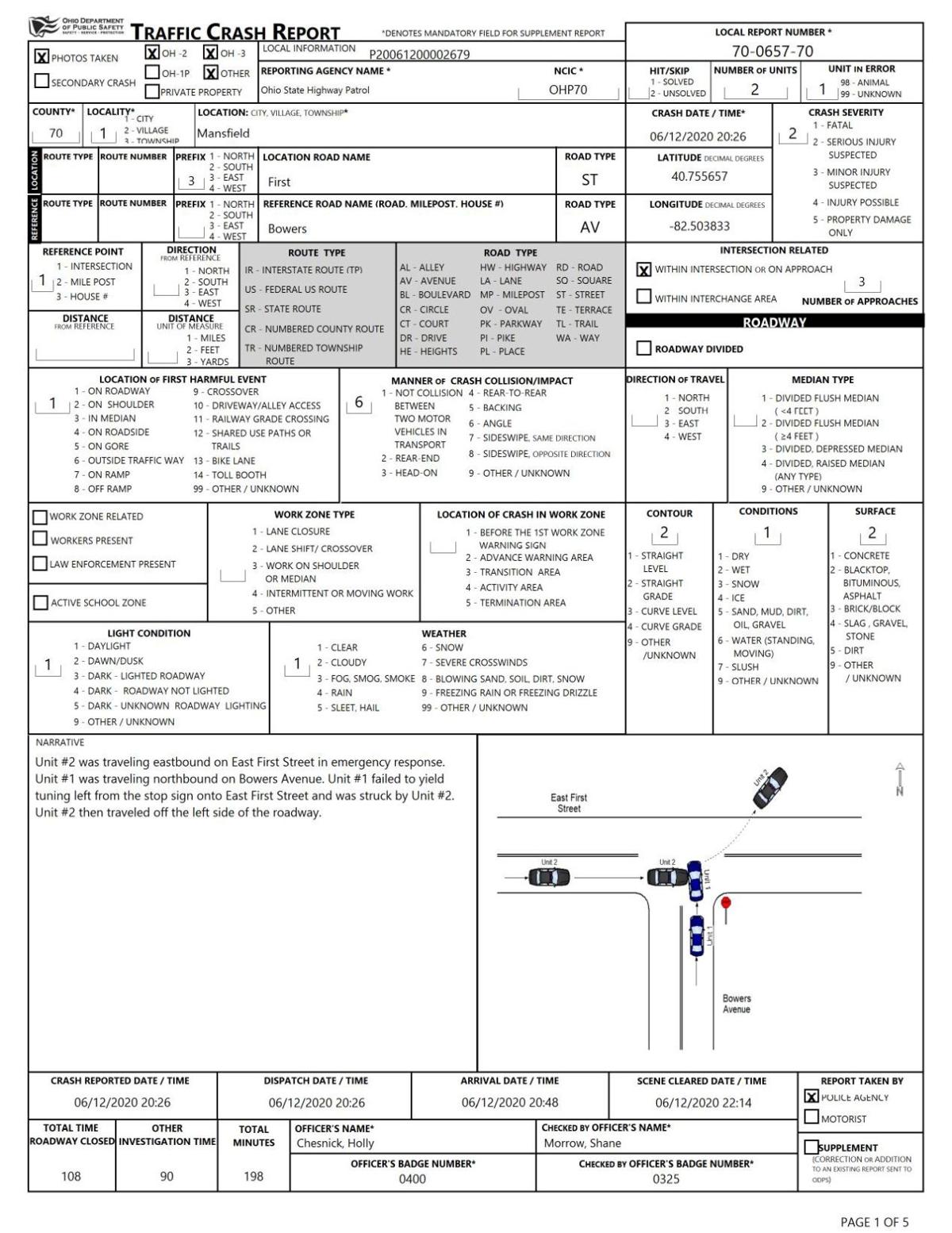 The report states the accident happened around 8:26 p.m. when Cikity was eastbound on East First Street with lights and sirens activated and collided with a 2007 Kia driven by Carver, who was northbound on Bowers Avenue.

Cikity was responding at the time to another officer's call for additional units.

"Traffic on Bowers Avenue attempting to enter East First Street has to give extra caution to oncoming traffic due to the presence of a hill crest to the west of the intersection and high grass on the southwest corner of the intersection," Chesnik wrote.

The dash cam inside Cikity's cruiser showed the officer reached a top speed of 67 miles per hour, though it shows him slowing as he crested the hill and colliding with Carver at around 55 mph. The cruiser's siren is heard in the video.

Cikity, Carver and a 19-year-old female passenger inside her vehicle were all transported to OhioHealth Mansfield Hospital after the crash. Both Carver and her passenger were wearing safety belts at the time of the crash, according to the report.

Chesnik interviewed Carver at the hospital and again on June 14, according to the report.

Carver told the trooper she had stopped at the stop sign, but did not see traffic before entering the intersection. She said she remembered the police cruiser had lights activated and was traveling at a high rate of speed, but didn't recall hearing a siren.