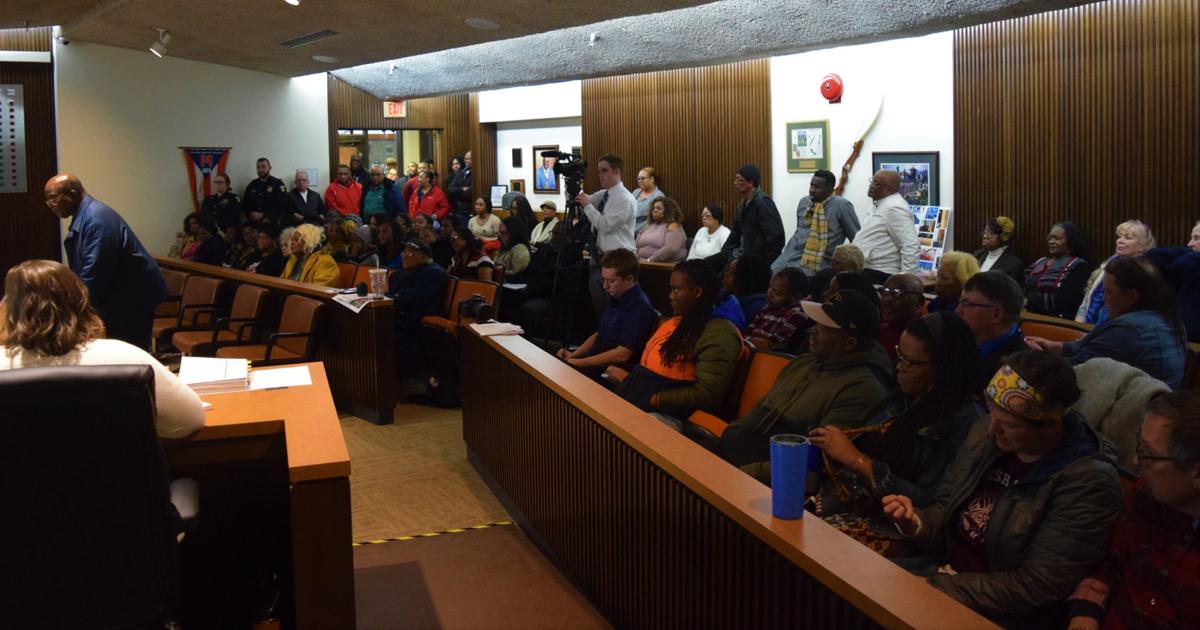 Mansfield residents overflowed City Council chambers on Tuesday evening, most there to oppose the administration's announcement that the the Ocie Hill Neighborhood Center will close on Sept. 1. 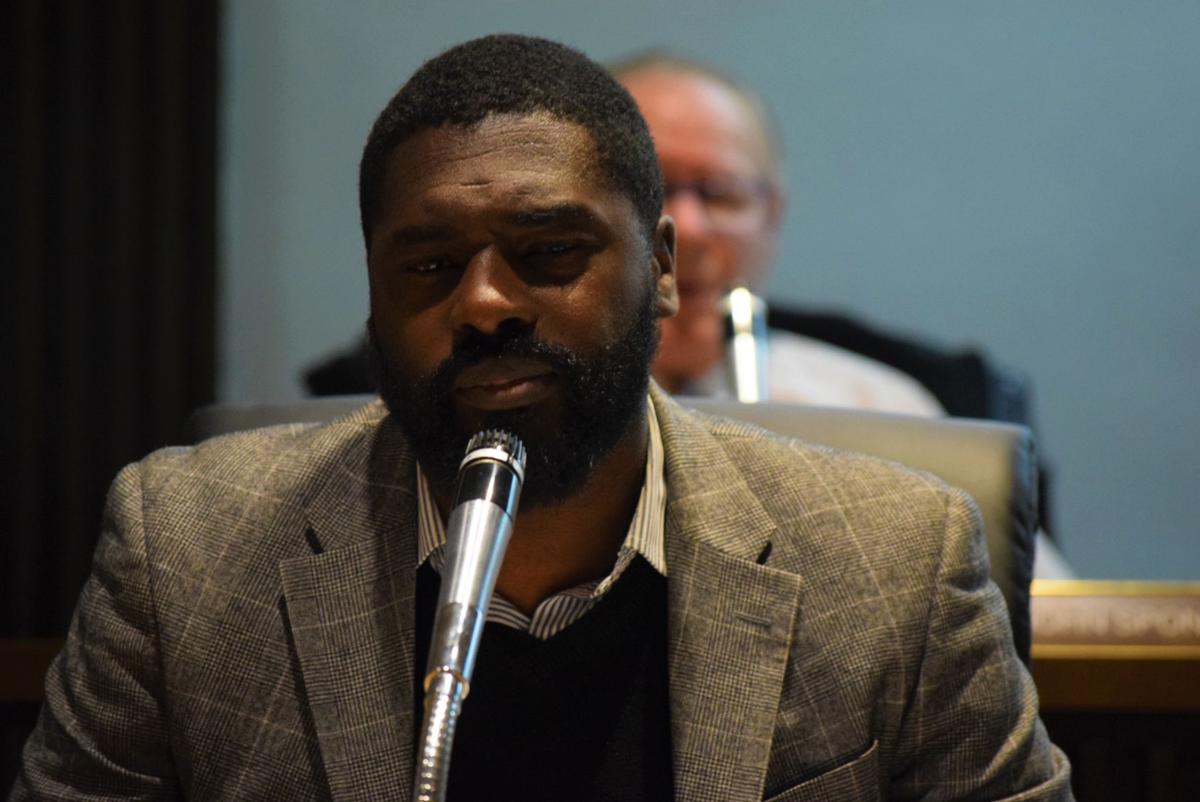 Mansfield City Council 4th Ward representative Alomar Davenport said after council's meeting Tuesday the plan is to have a facility in place before the Ocie Hill Neighborhood Center is closed, which is scheduled Sept. 1. 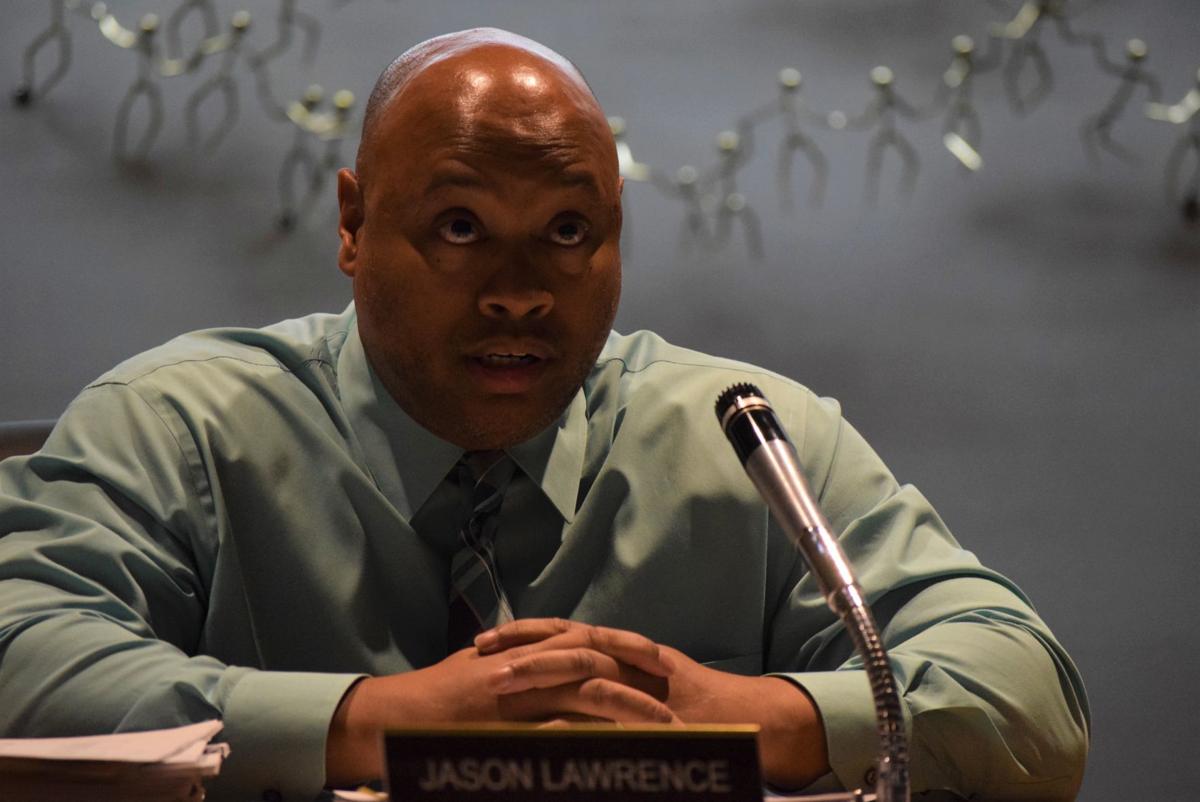 Mansfield City Council 5th Ward representative Jason Lawrence said Tuesday evening a replacement for the Ocie Hill Neighborhood Center and the services provided within the facility must be replaced. 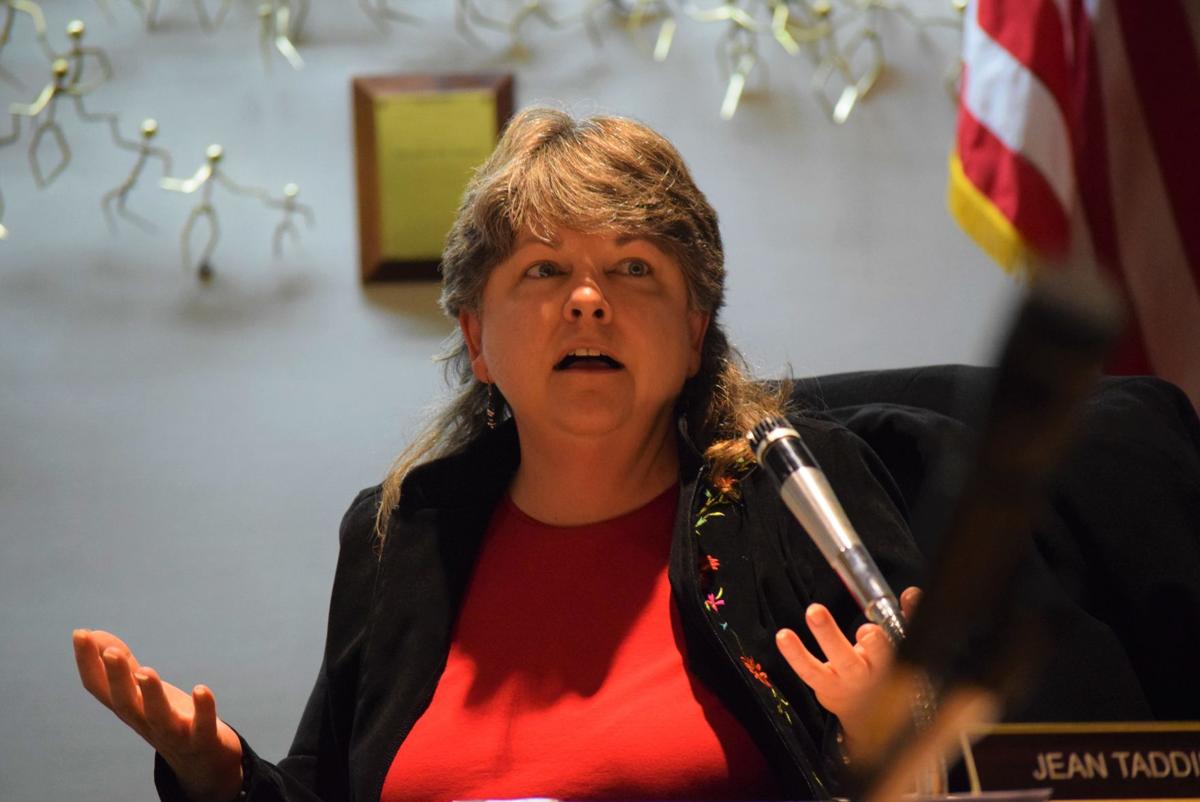 Mansfield City Council 6th Ward representative Jean Taddie said Tuesday that more community input should be considered before the administration proceeds with a plan to close the Ocie Hill Neighborhood Center on Sept. 1. 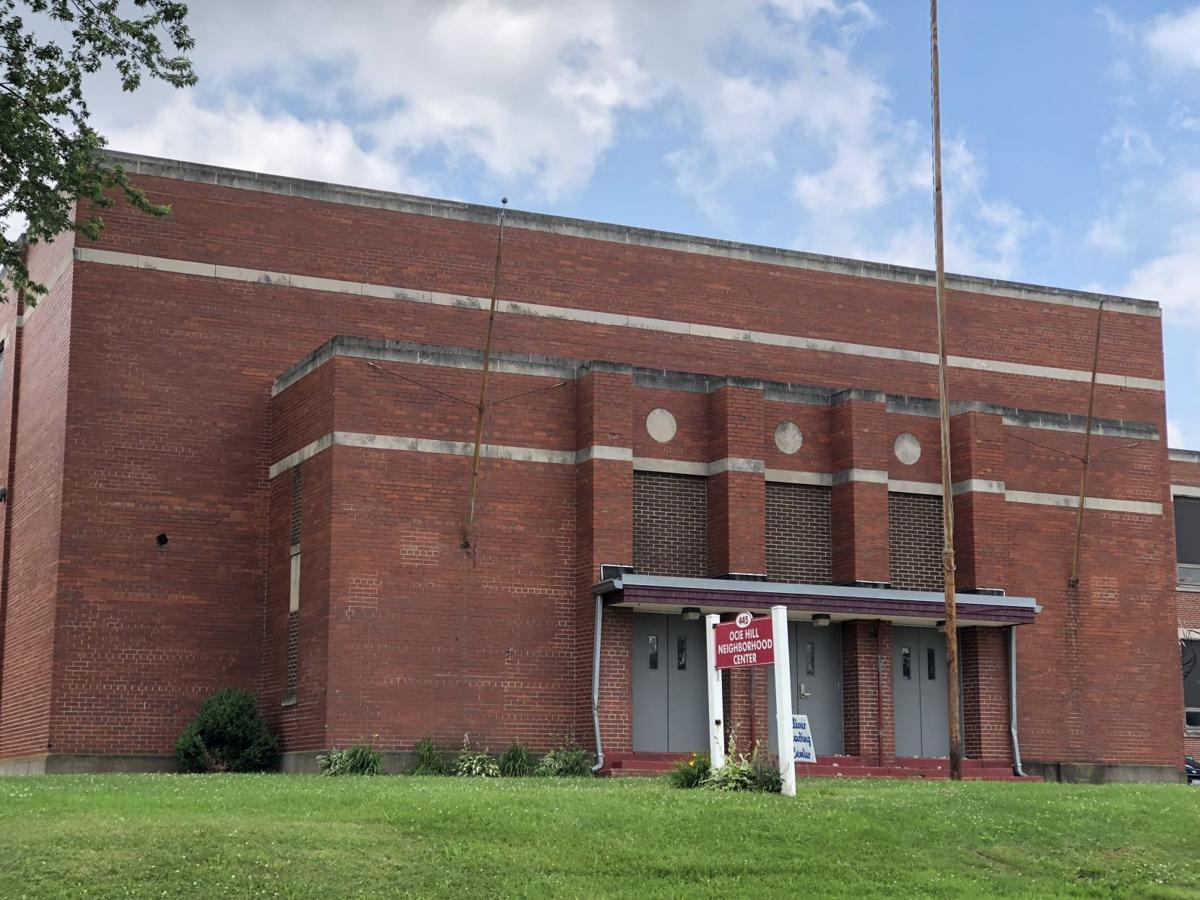 MANSFIELD -- Four hours after his administration announced Tuesday that the Ocie Hill Neighborhood Center will be closed Sept. 1, Mayor Tim Theaker said the city is continuing to review options.

"We are looking at all the plans. We are looking at everything we can look at," the mayor said after a four-hour City Council meeting that included a two-hour Community Development Block Grant discussion and a procession of residents coming to the microphone during caucus opposing the plan, some of them angrily denouncing it.

Still, Theaker didn't sound optimistic the century-old former school building at 445 Bowman St. on the city's north side could be saved, saying estimates to replace the boiler, windows, doors and other required work could cost several million dollars.

The closure announcement was made at the start of a 5:45 p.m. council committee meeting by Mark Abrams, parks and recreation manager.

"After an extensive review and cost efficiency analysis of the operations of the Ocie Hill building, it has been determined that the building is cost prohibitive for the city to maintain," Abrams said.

Hill was the first African American to be elected to Mansfield City Council and the longest serving individual on council in the history of Mansfield, serving from 1961 to 1991.

Throughout the years the building has been known as the old Creveling School, the Mansfield Opportunities Industrial Center, the Human Resource Bureau and the Neighborhood Youth Corps. In 1996 it was renamed for Hill, whose photo still hangs in council chambers.

The city purchased the building in 1988 and it's home to more than a dozen non-profit and government agencies, as well as a gymnasium used by children and after school-programs like the Culliver Reading Center.

"As of Sept. 1, operations at the building will cease," Abrams said. "Effective immediately, current tenants will not be charged for the remainder of the operation of the building.

"The city is willing and able to provide space for non-profit and government agencies at North Lake Park and Johns Park to continue their operations in the mean time on a first-come, first-served basis," Abrams said, adding the city would continue to provided recreational activities through the rec department.

"In coming weeks, the city will unveil a plan to replace the building, whether it's with an existing building or a new one. The replacement building will carry the name of Ocie Hill," Abrams said.

4th Ward Councilman Alomar Davenport, in his second month in office,  spoke passionately about the facility that is in his ward, saying Hill's legacy must continue.

"Anyone who has spoken to me for the last eight months knows my feelings on Ocie Hill. Ocie Hill is a staple of our community. Not so much the building, but what the building represents," said Davenport, offering a lengthy list of officials elected from the north end.

"We cannot continue to lose things in the north. We cannot continue to lose resources in the north, and they not be replenished. I will spend the remaining three years and 10 months of my term making sure that building is replaced, that we continue those services that are currently being provided in that building, and I am going to keep the (administration) at its word that within the next couple of weeks, plans will be unveiled to replace the building.

5th Ward Councilman Jason Lawrence quickly agreed and asked Abrams for a copy of his statement.

"I feel like the statement from the administration is a promise to the community. I will hold the administration to that promise. I understand the building is on its last legs and we are a little far behind dealing with a replacement, but we need a replacement for that building and those community services that are provided. I will hold that (statement) like it's a contract," Lawrence said.

After the committee meeting and two more committee meetings, a large group of residents, overflowing council chambers into the hallway, then waited for for the CDBG meeting to end. They finally got a chance to speak when council's caucus session began.

The first of eight speakers against the decision was Geron Tate, president and CEO of G. Tate and Associates, an outpatient drug and alcohol treatment organization that has an office in Ocie Hill. Tate said closure was a terrible decision and questioned why the city had not yet provided financial information to the public on what it would take to keep the facility open.

"I am sure you could find dollars to keep Ocie Hill open longer than September. People in the north end pay taxes, too. It's the only free standing building in the north end," said Tate, adding he didn't believe the city could find space for all of the agencies

"Where are you going to find some space for all of the programs that are there that provide services to children, families, young adults and senior citizens in that neighborhood? I am asking the city to rethink that. I am asking Democratic members on the City Council to step up, challenge this system that we have ... to govern for everybody," Tate said.

Resident Robert Horton said the north end should get its fair share.

"We just want what we got coming. You haven't spent money on the north end and I been here 21 years. Give us what we got coming on our side of the tracks. We don't want nothing extra. Let us have a little something. We're not asking for a whole lot. We're asking for a raggedy building on Bowman Street. That's all," Horton said.

Rev. El Akuchie, a Dawson Avenue resident, said he has been in Mansfield for 30 years praised the facility and asked the city to rethink its decision.

"What goes on there has been something remarkable for the people who live over here. A lot of things go on there. Go back to the drawing board and see where we can find money. If you want to tear it down, then build something new. That would be awesome. To tear it down and have nothing to replace it would not be a good idea," Akuchie said.

Julia West, a Lida Street resident, said her now adult children are successful, which she traces back to the programs at Ocie Hill. She said the facility provides crucial after-school benefits, including food for youngsters who otherwise would go hungry at night.

Deanna West-Torrence, founder and executive director of the North End Community Improvement Collaborative, said it was a mistake to focus the debate on the building.

"It's never been just about a building. The danger in talking about it as a facility is we miss the assets it brought to the community. If we are talking about rebuilding a building, I think our north end deserves a new facility. I don't think I want to fight over that old building.

She suggested the city think and discuss what was needed to accomplish all of the tasks required in a new building.

"If we approach it from that, then we don't get caught up in a boiler conversation because this is about a lot more than boilers," West-Torrence said.

Longtime Mansfield NAACP leader and member Wayne McDowell said the Ocie Hill building has been a pillar of the African-American community for decades. He asked why council and the administration is not pursuing federal and sate grant money to repair and upgrade the building.

"Until we have a design of what's next, we should really reconsider the option of pulling this building from service," Taddie said.

After the lengthy council session ended, Davenport said the goal is to have some facility in place before the Ocie Hill building closes.