A plane crash a Lahm Airport occurred around 12:30 p.m. There were no injuries reported after an emergency belly landing, police Chief Ken Coontz said. 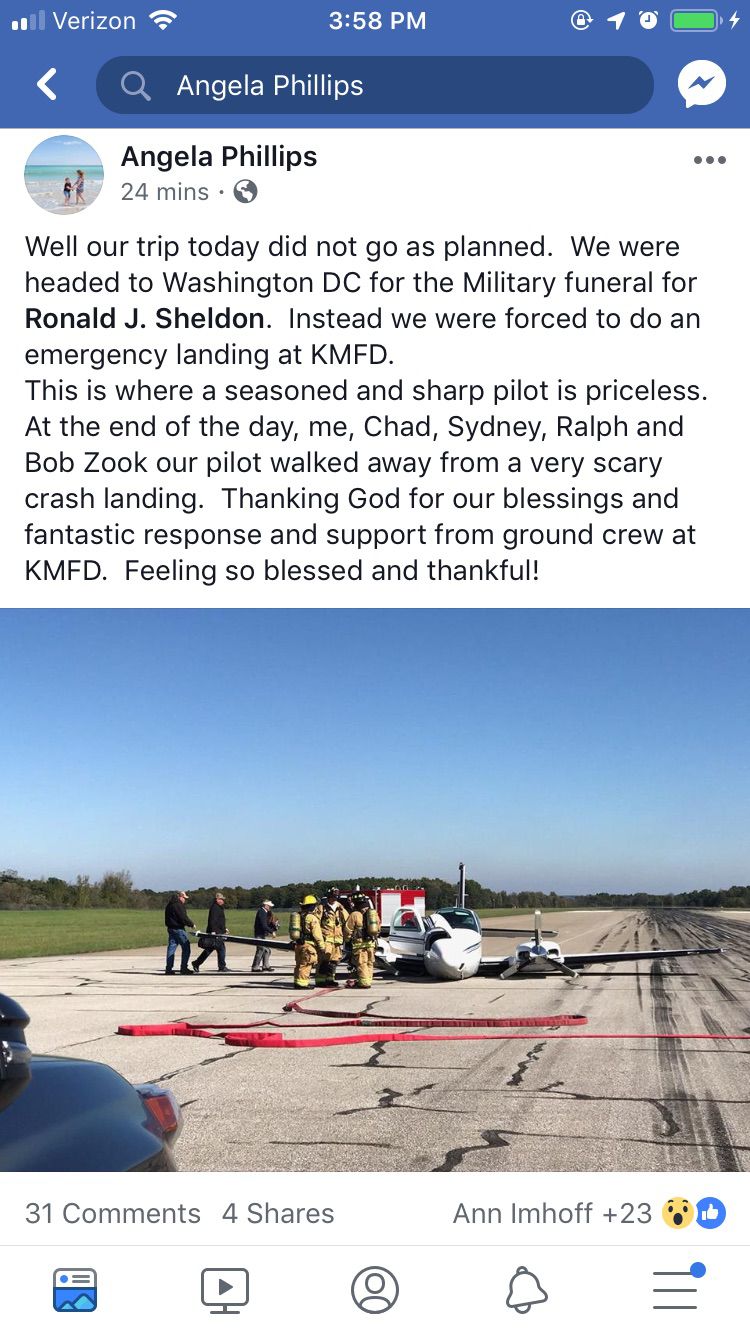 MANSFIELD (UPDATED AT 4:03 p.m.) -- Mansfield Police received a phone call at 12:01 p.m. Tuesday about an airplane circling Lahm Airport that was having a problem with its landing gear, Chief Ken Coontz said.

The plane had to use an emergency belly landing in a field at Lahm Airport.

"Everyone is safe and nobody is injured," Coontz said.

According to the Ohio State Highway Patrol, the crash occurred when a 1980 Beech Model 58 fixed wing, multi-engine planes landing gear failed to open. The pilot was able to successfully land the plane without incident despite the defective landing gear.

A photo and Facebook post published around 3:30 p.m. from Angela Phillips said the landing was "scary," but passengers were thankful for the response from the grounds crew.