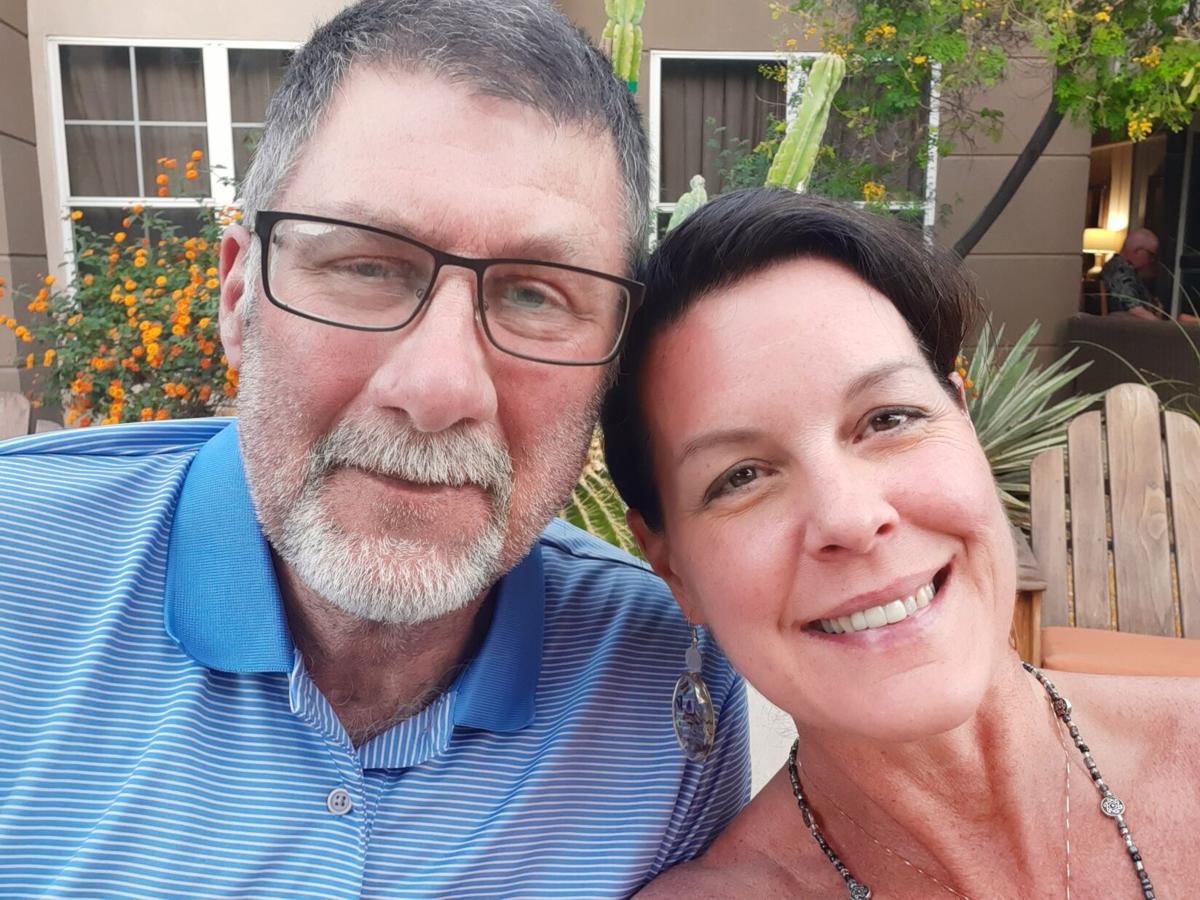 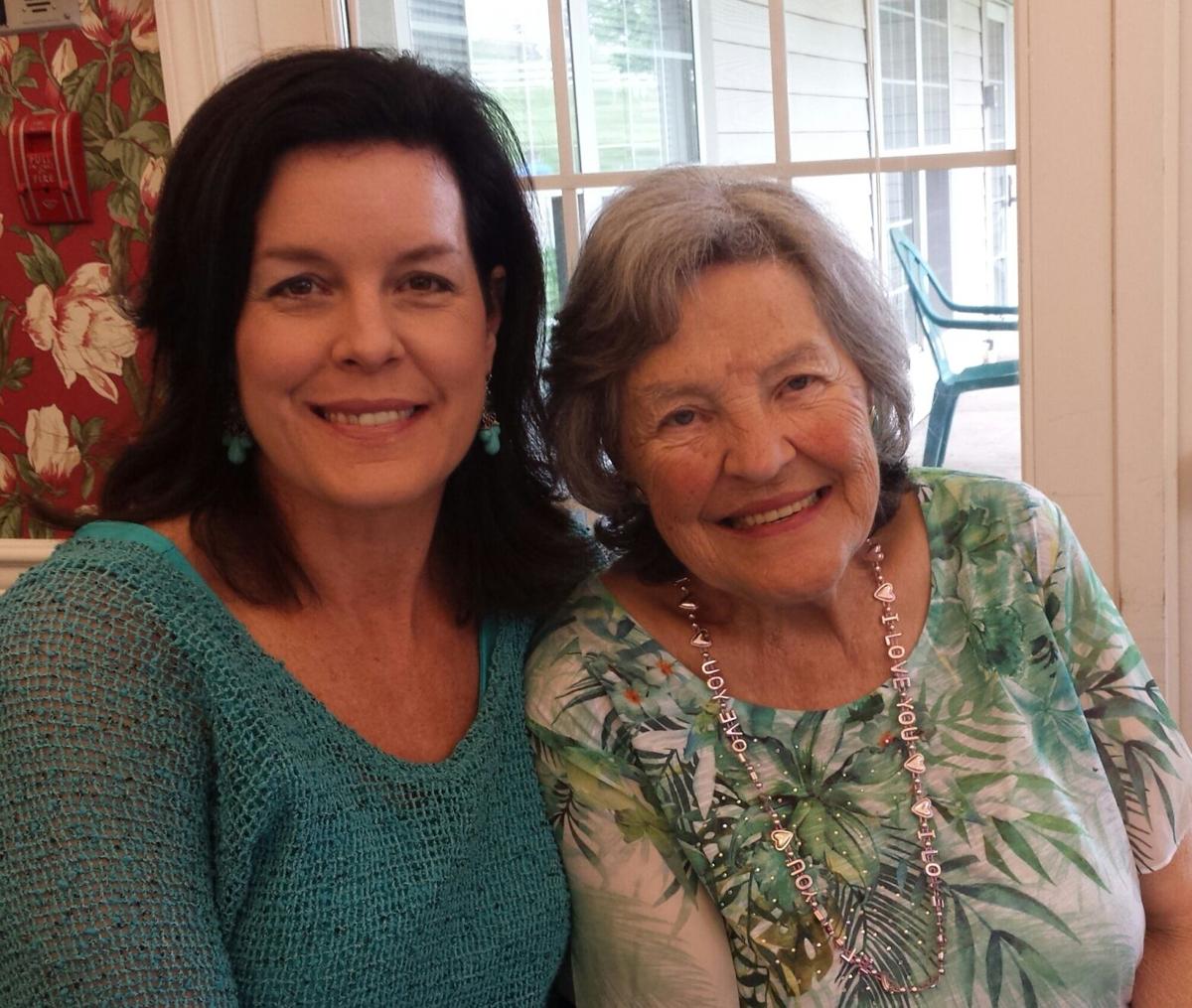 MANSFIELD — April Luedy is intimately familiar with the impact Alzheimer's disease can have on a family.

In 2018, her parents Robert and Charlene moved into Wedgewood Estates in Mansfield due to her father aging physically, and her mother aging mentally. Charlene had been diagnosed with Alzheimer's disease.

And then the pandemic hit.

"Mom's Alzheimer's came on dramatically in the last couple months," Luedy said. "She declined because she had no one around her. She went through probably the most traumatic experience anyone should have to go through in those end stages."

Luedy proactively moved her parents from Wedgewood into her Mansfield home in July 2020, with the support of her siblings. Both she and her husband Dennis contracted the COVID-19 virus because of the move. She lost her father in September, and her mother followed in December.

Then, in January 2021, Dennis was diagnosed with early onset Alzheimer's disease at the age of 65.

"There's been lots of crying, lots of reading, prayers, walks, deep breaths," April Luedy said. "Plus a little bit of yoga and a lot of wine."

Alzheimer's disease is a progressive disorder that destroys memory and other important mental functions. Right now, more than 6 million Americans are living with Alzheimer's, including 220,000 Ohioans; it is the sixth-leading cause of death nationally.

But for families like the Luedys, there is a glimmer of hope.

On Monday, the FDA approved a new treatment for Alzheimer's disease in the form of a medication called aducanumab. This is the first drug cleared that is designed to slow the deterioration of brain function, not just ease symptoms. It's also the first Alzheimer's treatment that has been approved since 2003.

"We believe this is the start of a new era for people with Alzheimer's and the ability to get treatment for Alzheimer's," said Julia Pechlivanos, executive director at the Alzheimer's Association, Northwest Ohio Chapter, which serves 24 counties including Richland, Ashland, Crawford and Knox.

"This gives people time to live independently and enjoy their family and friends."

The Richmond family speaks of their experience caring full-time for the family matriarch, Elizabeth, who has late-stage Alzheimer's.

According to Dr. Patrizia Cavazzoni, director of the FDA Center for Drug Evaluation and Research, the aducanumab medication is the first treatment directed at the physical cause of Alzheimer's disease: The presence of amyloid beta plaques in the brain.

Scientists believe these sticky plaques damage communication between brain cells, and eventually kill them. The new treatment is designed to trigger an immune response that removes the plaques -- it can't revive destroyed neurons, but clearing the plaque slows the progression of killing more neurons.

The medication would be administered monthly through an infusion. Patients must have an affirmative diagnosis before they are qualified.

The intravenous treatment does not cure Alzheimer’s disease or reverse it. But it could give Alzheimer's patients more good days; Pechlivanos said patients who have been receiving the aducanumab treatment for 18 months have seen a 22-percent slowing of the progress of their dementia symptoms.

"A few drugs have been available to the public for 15-20 years that treat the behaviors associated with dementia. This treats the underlying cause of the disease," Pechlivanos said. "The brain is so complex, so we have a long way to go, but this is exciting news."

Pechlivanos said the aducanumab medication will be effective for people with mild cognitive impairment or early-stage dementia caused by Alzheimer's disease. As the system currently stands, most people will be diagnosed with Alzheimer's too late to receive this treatment -- Pechlivanos aims to change that.

"A lot of us have Alzheimer's 10 to 20 years before we even start experiencing the mild cognitive impairment of this disease," she said. "With early diagnosis, it could be treated before you even have any effects of this disease -- and this is the first step in making this a treatable disease that can have minimal effect on somebody's life, as opposed to what it is now, which is devastating."

Jane Imbody, of Mansfield, paints a picture of what it's like taking care of a loved one who has Alzheimer's.

Nationally, the reaction to the approval of the aducanumab medication by the FDA has been mixed.

Pechlivanos first heard about the drug two years ago, at an Alzheimer's Association conference in Los Angeles that convened the world's largest gathering of dementia researchers.

"At one point the clinical trial was paused and restarted after a review of the data, so this has been a bumpy ride," she said. "This drug was up for review in November 2020 and the FDA chose to extend the review period for six months. So we've been expecting this day since November."

The drug was released under the FDA's Accelerated Approval pathway, intended to provide earlier access to potentially valuable therapies for patients with serious diseases where there is an unmet need.

"The Agency concluded that the benefits of (aducanumab) for patients with Alzheimer’s disease outweighed the risks of the therapy," Cavazzoni said.

Under the accelerated approval program, the FDA clears a drug but grants full approval only after a post-marketing study by the manufacturer Biogen confirms the medication works. If a trial does not confirm effectiveness, the FDA can withdraw the approval or change the label on how the drug should be used.

The treatment is also not cheap -- although Biogen CEO Michael Vounatsos defended the $56,000-a-year price tag as "really reasonable."

"We're reorienting ourselves and working with health systems in Ohio and across the country to make sure it's accessible to people," Pechlivanos said. "It's expensive and it has to be given in an infusion center once a month, and we want to make sure people have access and there are systems in place to administer it."

And sure, the FDA's accelerated approval is based on an expectation of clinical benefit despite some residual uncertainty regarding that benefit. But for April Luedy, this isn't enough.

"This drug -- at first it sounds great, but there's a lot of questioning I feel like I'm getting," Luedy said. "There's the guinea-pig feeling. You just have to pray and trust your physicians."

After retiring from Mansfield City Schools, he spends his days swimming, going to the Y, reading -- anything that stimulates the mind. His neurologist has also prescribed a medication for severe confusion, and he's responding great.

But it's taken a while to get to this point.

"We've experimented with a few different drugs, and we hate it," April Luedy said. "I'm excited (about the new drug) but because we've been dealing with trying drugs for so many years, I'm always apprehensive about a new drug."

As an elementary teacher in Mansfield, Luedy is no stranger to educating herself. She said she is anxious to learn more, continue to research the disease and become more involved with the Alzheimer's Association.

"This unlocks so much potential in all areas of understanding about our brain."

In the meantime, Luedy plans to start writing a book about her experience caring for her mother, and continue leaning on the slew of support from family and friends. She remains cautiously optimistic about the future.

"I know it's not going to happen next month, but for those people down the road, it would be great if this (drug) was fully approved," she said. "I'm hopeful that we have some intelligent, great people out there that will do the right studies and the things that need to happen."