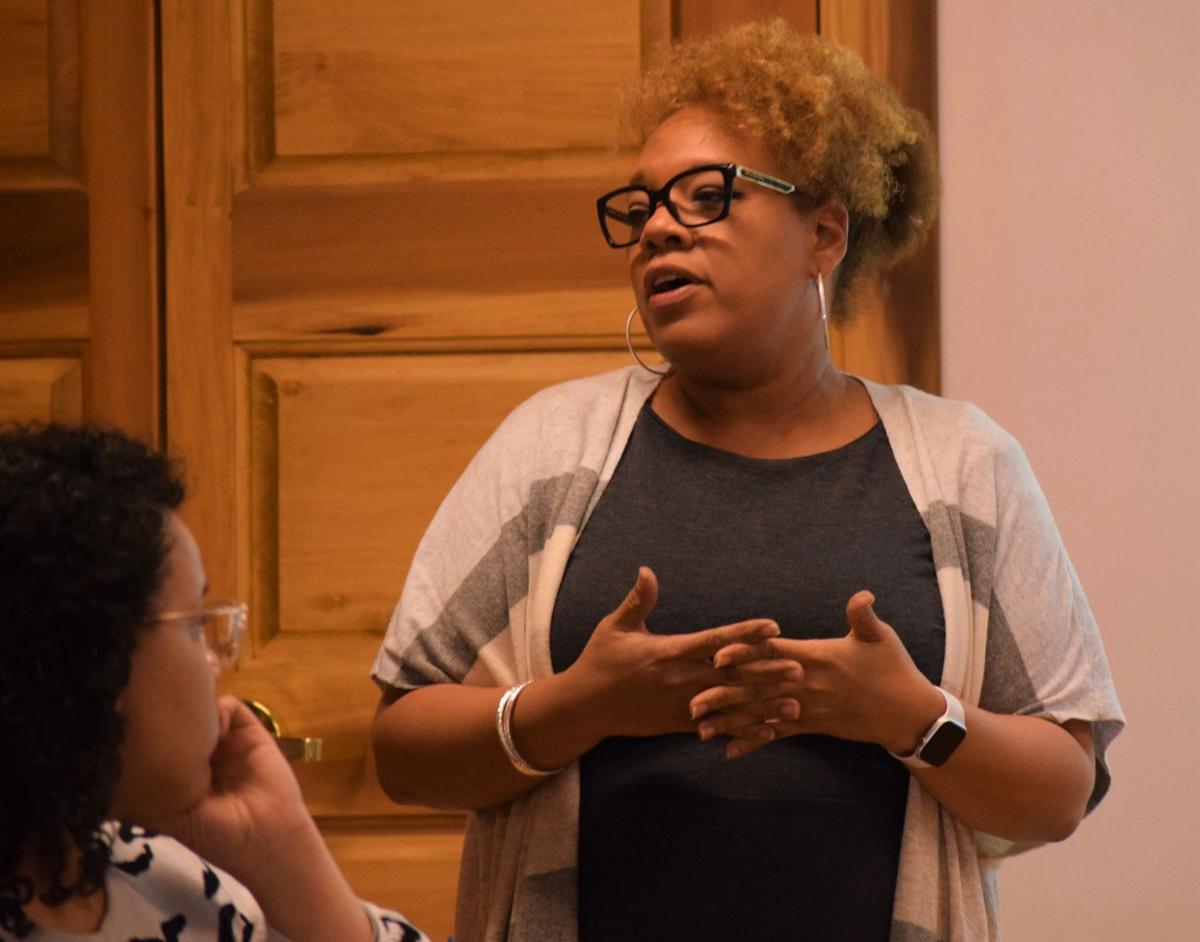 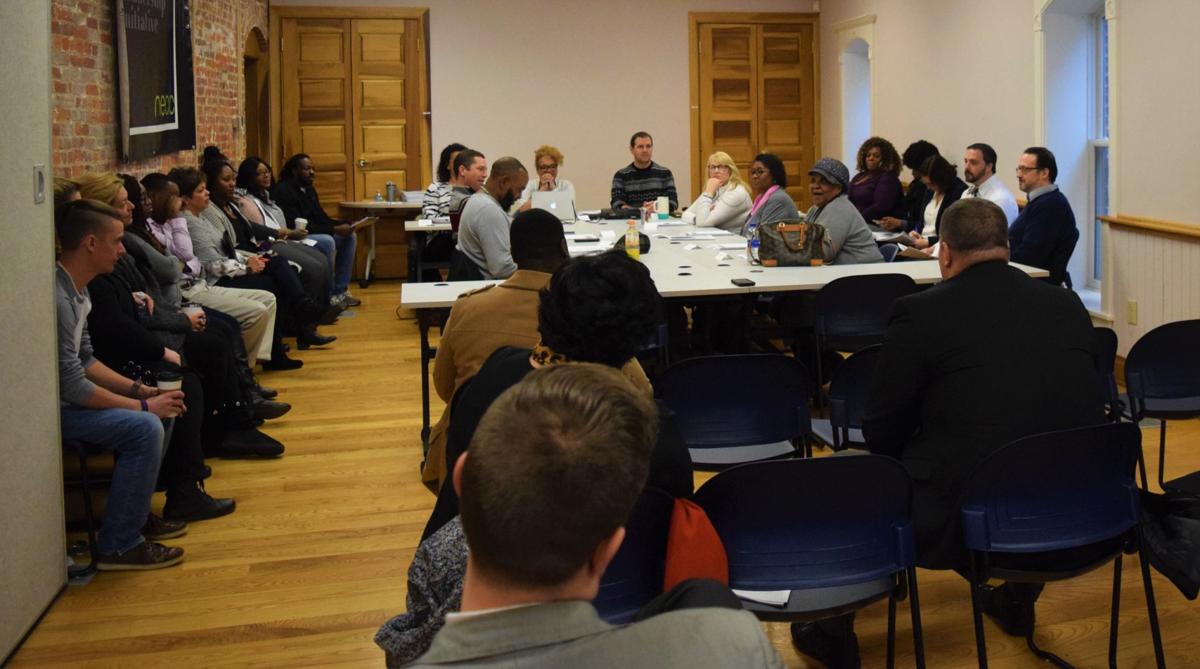 Members of the NECIC board and staff meet with members of the public during the organization's annual board meeting Wednesday. 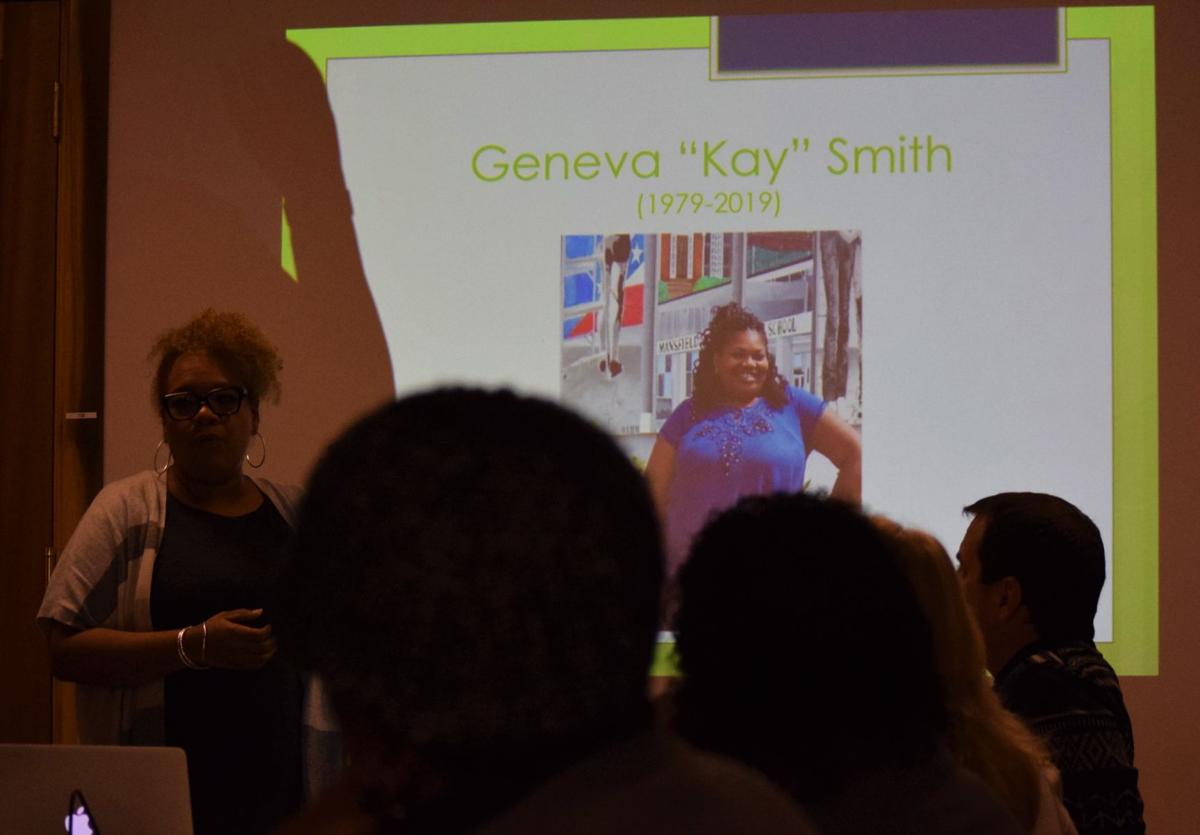 MANSFIELD -- As far as Deanna West-Torrence is concerned, the success of the North End Community Improvement Collaborative is based upon relationships.

West-Torrence, who founded the NECIC in 2007 and remains its executive director more than a decade later, talked about the organization's track record of success at its annual board meeting Wednesday afternoon.

She is as bullish on NECIC's future as she is proud of its past success.

West-Torrence said the NECIC began with her desire to get the community involved.

"It really came out of wanting to see a plan," she said. "You have city planning, schools planning, all these different people ... but the residents are rarely involved."

It has been 13 years of working, learning and improving.

"As you do the work, you learn more. We originally thought we were going to do housing. That's what we got in the game to do. But it wasn't a good time," West-Torrence said. "There wasn't the capacity and the partners weren't there and the space wasn't there. So we turned to demolition (of dilapidated houses) and that got some traction."

With an annual budget now of more than $3 million, NECIC has expanded into many different efforts to improve the city's north end. Its new five-year (2020-2024) strategic plan, approved by the board Wednesday is directly aimed as the organization's vision plan of being the "leading engine of economic vitality, arts, positive youth development and civic engagement within the City of Mansfield."

Each of those segments has a variety of goals, which will depend on the NECIC staff and its community partnerships developed over the years.

It now includes its urban farm/food desert initiatives, its African-American Leadership Initiative, minority business assistance center, and social programs like My Brother's Keeper and Mansfield Community Against Violence and its own non-profit temporary staffing agency, Temp2Higher.

The ability to adapt, change plans and set new goals has been key over the years.

"We are very nimble," West-Torrence said. "We can turn on a dime. That's been our thing. We do a lot of research first. All of our (efforts) are informed by data."

A former Mansfield City Council member (2000-2004), West-Torrence is a community leader who has no interest in returning to politics.

"I feel like right now I have bipartisan support. I have support from black people ... from white people ... I have support. I want to be a bridge builder. Let's get over all this stuff. I do work closely with council. I have monthly meetings with (4th Ward Councilman) Alomar (Davenport) and (5th Ward Councilman) Jason (Lawrence). I talk to them almost daily ... at least two or three times a week.

"I am happy (with NECIC's accomplishments and plans). It's all been better than I expected. It's a lot of work. I and the whole staff were blown away today when we sat back and looked at what we have done.

"We have an effective, incredible team. We have some really talented people. We have a good age range where we can talk in terms of time over a span and we're not always talking about what today is.

"We have great partners and a lot of energy."

MANSFIELD -- The Board of Directors of the North End Community Improvement Collaborative, Inc. (NECIC) would like to invite the public to atte…