MANSFIELD -- Maybe it's pent-up pandemic frustration. Maybe it's a battle against boredom. Or maybe it's just more people feeling the need to celebrate, knowing many public fireworks displays are cancelled.

But for whatever the reason, it appears more local residents than usual are using the approaching 4th of July holiday to light up the night sky with their own backyard fireworks -- and the accompanying loud booms.

According to a story in The Guardian, "Cities across the US are experiencing a boom in the use of fireworks, with pyrotechnic-related complaints in New York City alone jumping 236 times higher than usual during the first three weeks of June."

Boston police received 1,445 fireworks complaints in the first week of June, compared with 22 in the same week last year, according to the Boston Herald in a Time magazine story. 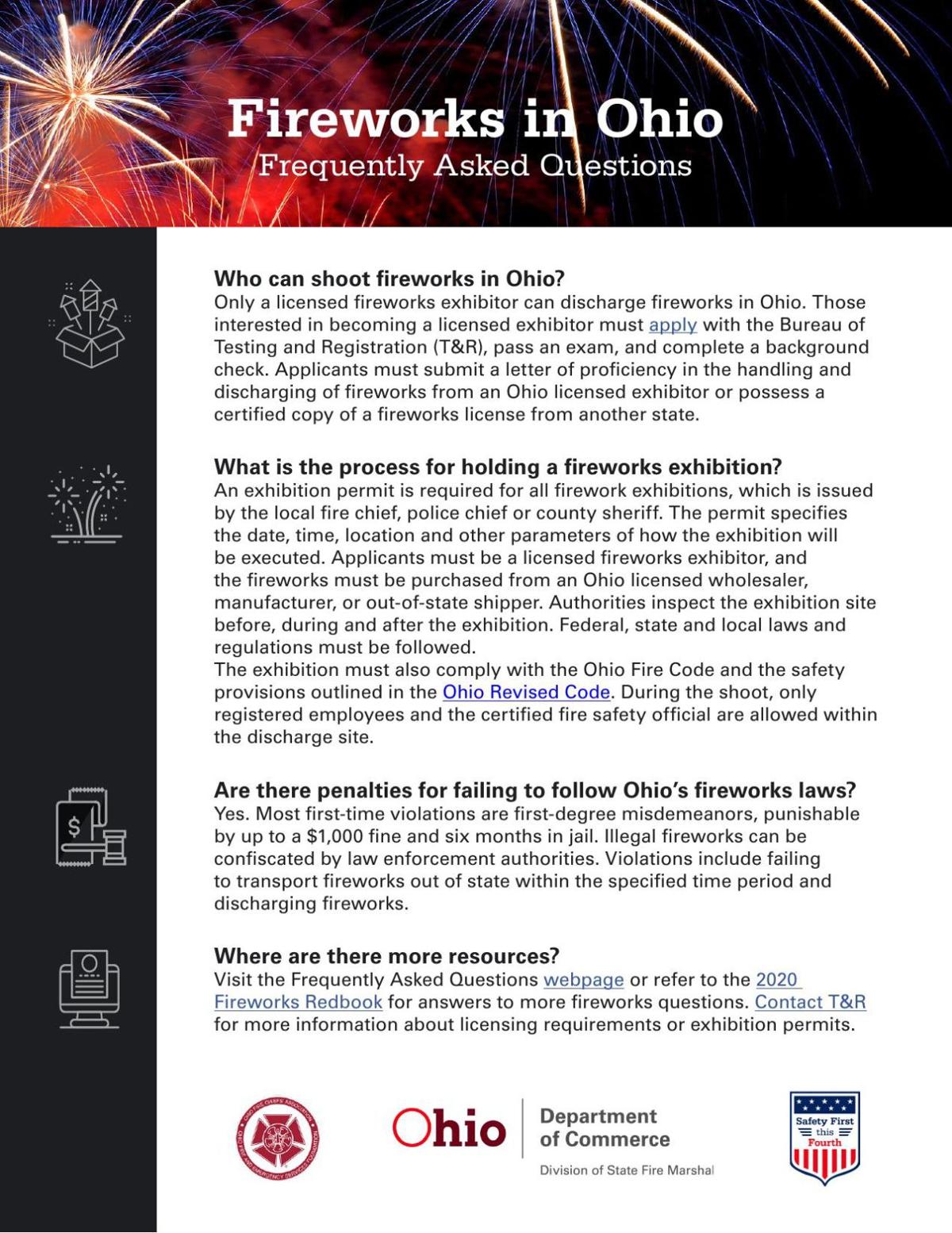 A similar trend is being seen -- and heard -- in Mansfield, according to police.

"At that pace, total calls for this year could easily reach 200 or more and we are a couple of weeks away from the July 4th holiday weekend. I can tell you from my personal experience, I have heard fireworks much earlier this year than in the past," Capt. Shari Robertson said.

It's not just the activity itself that is troublesome. It's the higher quality of the mid-air explosions being set off. The only legal fireworks in Ohio now are those that smoke, snake, snap or sparkle.

"There have been more complaints of extremely loud, booming fireworks, which adds to the discontent of community members who are trying to sleep, as well as the distress it causes to family pets," Robertson said.

Those enjoying themselves in the city limits need to understand they are breaking the law -- and are subject to penalty. It's a first-degree misdemeanor under city ordinance, which would result in six months in jail and/or up to $1,000 fine.

"Fireworks are illegal to set off inside the city limits, unless you have an exhibitors permit/license and those violating that ordinance can be cited," Robertson said.

"The fireworks pose a fire hazard to surrounding homes and buildings, not to mention the possibility of individuals being injured while setting them off," Robertson said.

The pace of complaints has also quickened in more rural areas, according to the Richland County Sheriff's Office.

"In 2019, we received 66 calls of fireworks (for the year). So far in 2020, we have received 30 reports of fireworks. We respond to all calls of service and we handle appropriately," Capt. Don Zehner said. 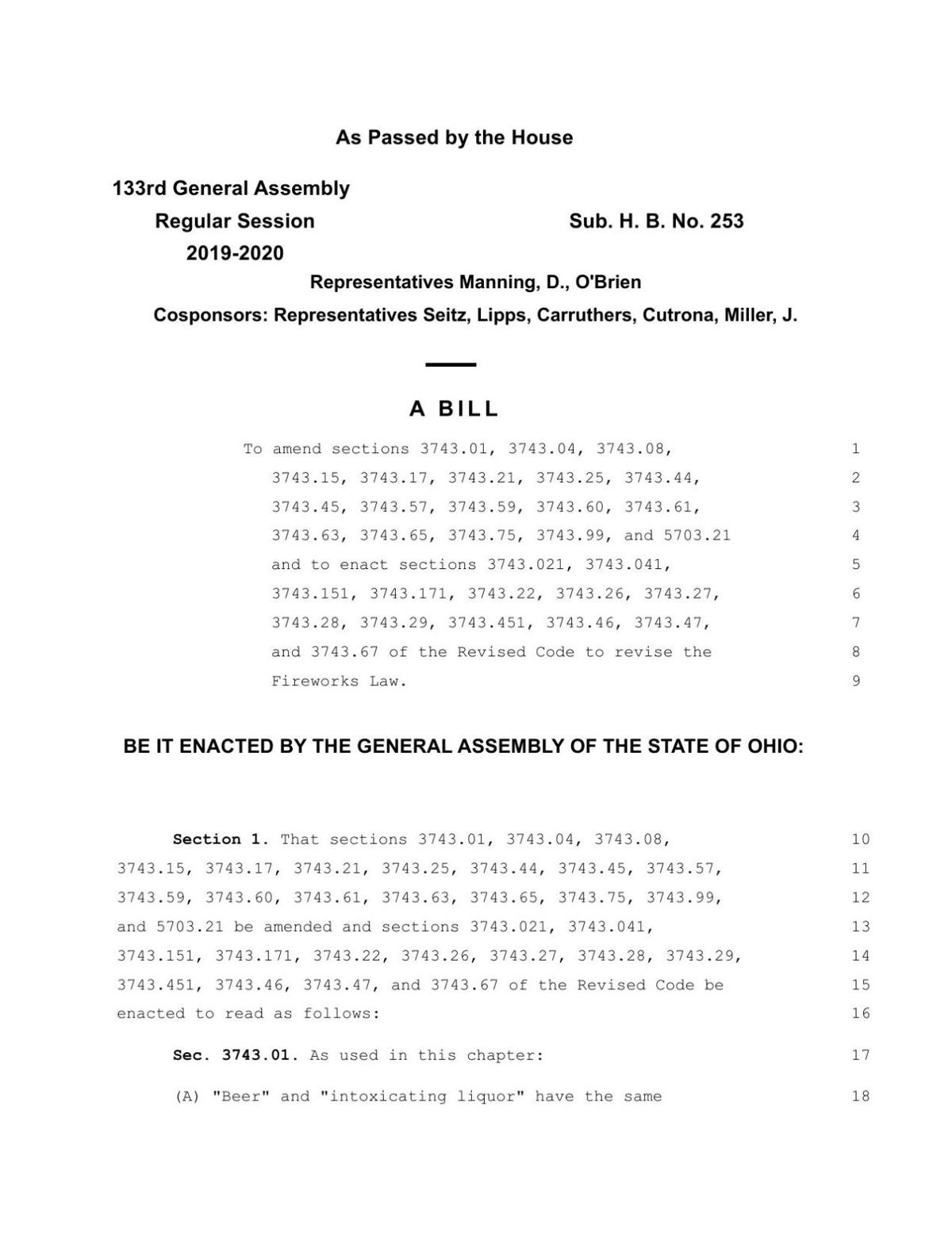 The complaints come even as Ohio lawmakers work on legislation loosening fireworks laws and perhaps cleaning them up. Under Ohio Revised Code 3743, it's legal for Ohio residents to buy consumer grade fireworks, but they aren’t allowed to possess or use them in the state.

A bill approved earlier this month by the Ohio House would eliminate the prohibition on possession and ignition of consumer grade fireworks and earmark a portion of taxes collected on sales for firefighter training programs. A similar bill is pending in the Senate.

If the legislation is approved and signed by Gov. Mike DeWine, it would legalize fireworks on private property year-round, unless local governments pass restrictions.