The Gold Star Families Memorial Monument will be dedicated Nov. 18 at 11 a.m. in front of the Richland County Courthouse. 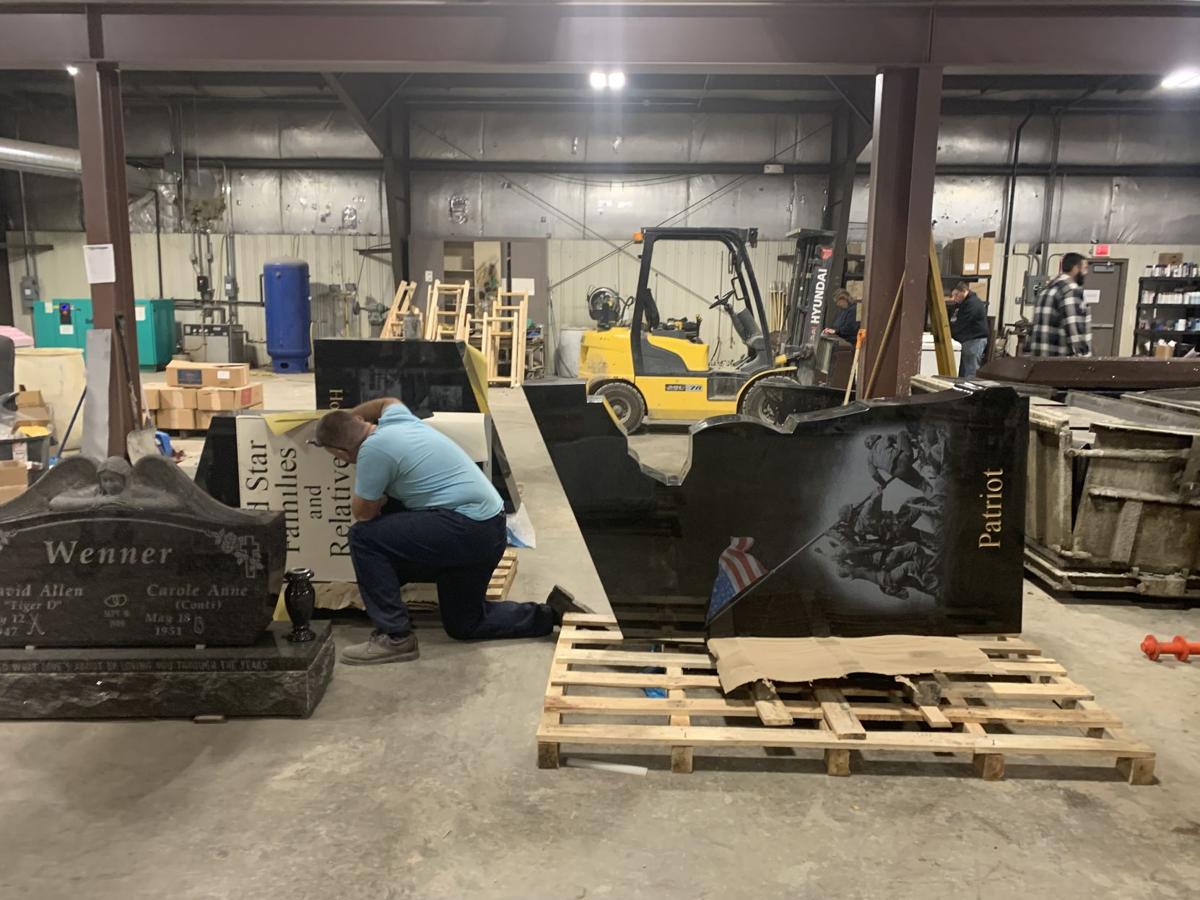 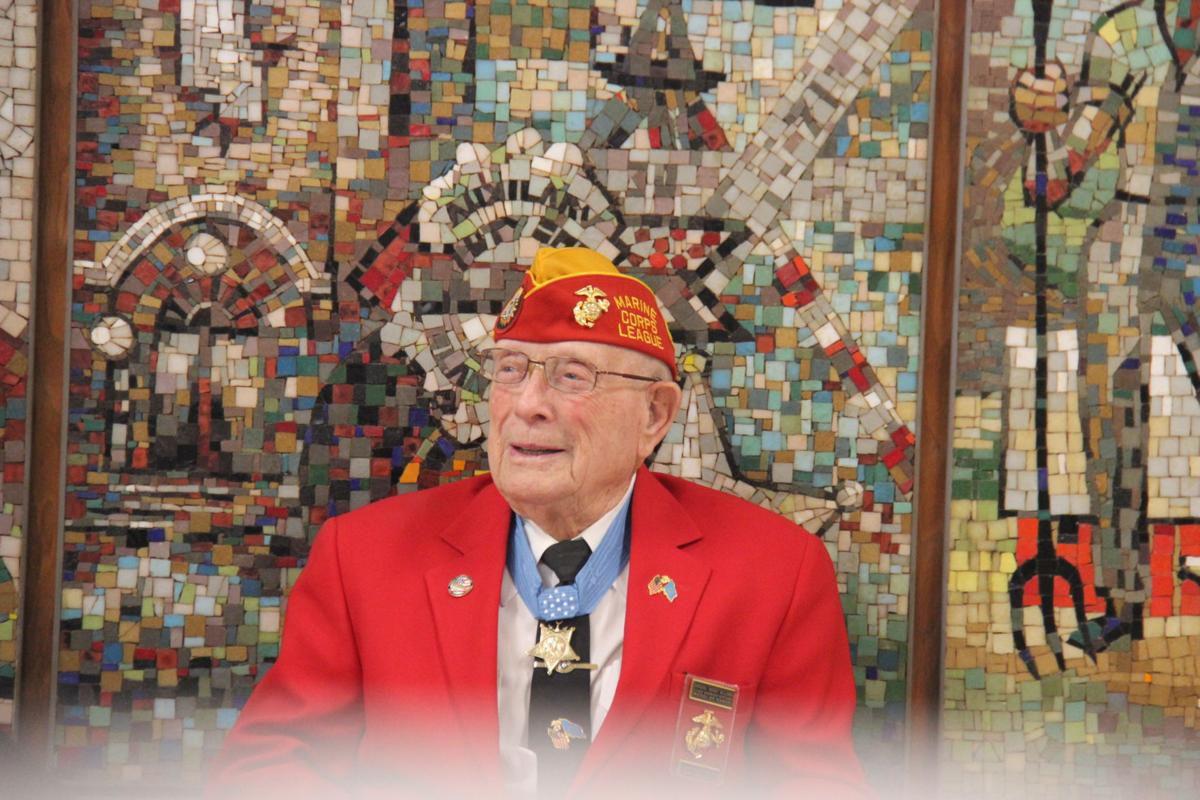 MANSFIELD -- Hershel "Woody" Williams has always been a man who finished the job.

A U.S. Marine and the last surviving Medal of Honor recipient from the iconic World War battle on Iwo Jima, Williams was in Mansfield in July when ground was broken for the Gold Star Families Memorial Monument in front of the Richland County Courthouse.

The 95-year-old Williams is expected to return Nov. 18 when the new monument is officially dedicated at 11 a.m. The public is invited to attend the event at the courthouse, 50 Park Ave. East.

The Hershel Woody Williams Medal of Honor Foundation has been the driving force for the Gold Star Families Memorials, which have been put up in 42 states, with plans for many more. There will soon be nine in Ohio, including Richland County.

"Ohio can be very proud of their achievements to this point and they know they are not done," Williams said at the groundbreaking ceremony.

During the fight on Iwo Jima, Williams volunteered to go forward as the last flamethrower to try to quell the devastating machine-gun fire from Japanese pillboxes.

In four hours, with only four riflemen to protect him, Williams managed to wipe out seven pillboxes. He repeatedly prepared explosives in a safe area, struggled back to where the enemy was, and then set the charges off.

At one point, Williams jumped onto one of the pillboxes from the side, shoved the nozzle of his 70-pound flamethrower into an air vent pipe and fired, killing everyone inside. Another time, he charged bayonet-wielding enemies and killed them with one burst of flame.

For his actions, he received the Medal of Honor from President Harry S. Truman during a group ceremony at the White House on Oct. 5, 1945.

Organizers of the monument is meant to honor Gold Star Families, "preserve the memory of the fallen, and stand as a stark reminder that Freedom is not free."

The other side tells a story through four granite panels:

-- Homeland Panel, a collage of pictures of the Mansfield and Richland County area. Depicted is the 179th Airlift Wing of the Ohio Air National Guard with the Mansfield C-130H Hercules; a picture of the legendary John “Johnny Appleseed” Chapman, who spent most of his time in Richland County; the 1812 Mansfield Block House; Oak Hill Cottage, noted as being one of the most perfect Gothic Houses in the United States and the focal point of Louis Bromfield’s first novel, “The Green Bay Tree;” the “Big House” at Malabar Farm, home to the 1927 Pulitzer Prize winning author Louis Bromfield, who also served in World War I with the American Field Service where he was awarded the Croix de Guerre for valorous action and the Legion of Honor, the highest French order of merit during World War I, both are French government awards; and the Ohio State Reformatory, also known as the Mansfield Reformatory. The grounds where the prison is located was Camp Mordecai Bartley, a training camp for Civil War Soldiers.

-- Patriot Panel shows the raising of the American flag at Iwo Jima. "This is for our Armed Forces, our Veterans, and youth of America who are/have/will answer the call of service to protect this great nation and to give others the freedom they have never know," organizers said.

-- Sacrifice Panel pictures the Mansfield Honor Grounds. "Here our Gold Star Service Members are laid to rest next to our Veterans and is a sacred honored site of sacrifice and remembrance," organizers said.

At the center of the tribute the most distinct feature of the monument, the cut-out which represents the missing family member and void left by the loved one who paid the ultimate sacrifice.

Williams will speak during the dedication, as will Ohio Department of Veterans Services Director Maj. Gen. Deborah Ashenhurst. Gold Star families will be in attendance.

MANSFIELD -- Hershel "Woody" Williams was born and raised on a dairy farm in the small, unincorporated town of Quiet Dell, W.Va., a rural area…