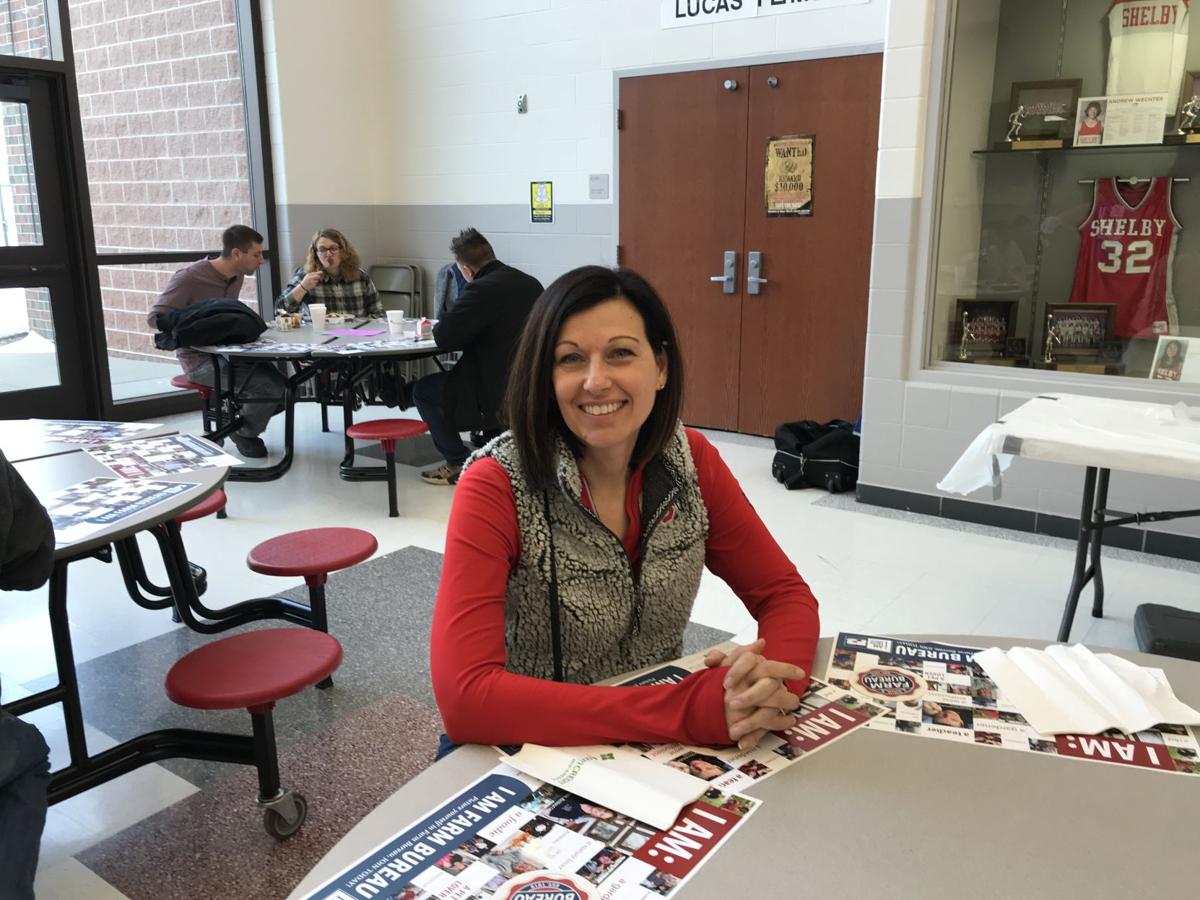 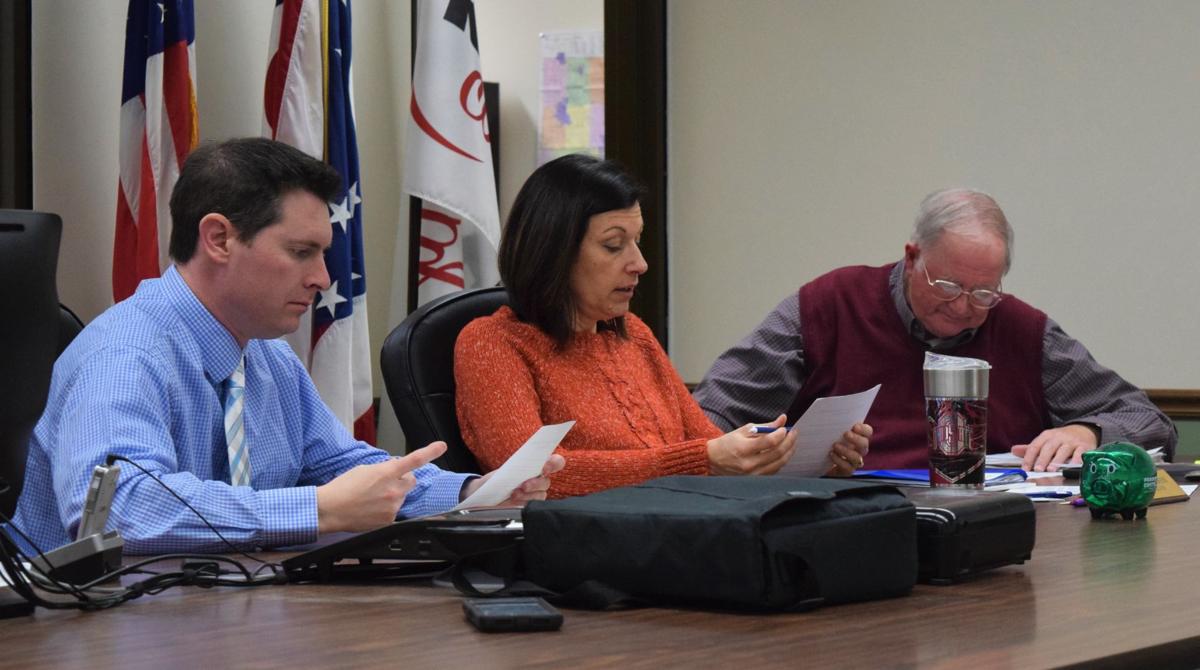 SHELBY -- It will take Marilyn John about 80 minutes to drive to her new office in Columbus next week. It's a route that's seemingly been mapped out for the last decade.

The 52-year-old Shelby resident will be sworn in Jan. 4 as the new state representative for the Ohio House 2nd District, representing Richland County's 121,000 residents in the state's General Assembly.

It's been a rapid, but organized, political path for John, first elected as Shelby mayor in 2009 and then as county commissioner in 2014. She was re-elected to both positions.

John will move literally into the office being vacated by fellow Republican Mark Romanchuk, an Ontario resident elected to the state Senate in November. It's fitting John inherits the office from her friend and political mentor, who has also passed along valuable advice for the freshman lawmaker.

"Mark has advised me there is a lot of pressure on representatives and senators to vote certain ways," John said. "A whole slew of lobbyists have already started reaching out to me. He has just advised me to be courageous. I think Mark has been courageous and I intend to follow in those footsteps."

Romanchuk served four terms in the Ohio House and was prevented by term limits from running for re-election. He mounted a successful campaign for the Senate and will return to Columbus representing Richland, Ashland and Medina counties, as well as a portion of Holmes County.

John is ebullient in her praise for Romanchuk.

"Mark is well respected in Columbus because he doesn't go along just to get along. He reads legislation thoroughly, asks a lot of questions and votes his conscience. He votes what he feels is in the best interests of residents of the 2nd District. I value that advice from him a great deal," John said.

John came by her political and government interests the old-fashioned way: her parents.

"I have always followed politics," she said. "My parents followed it and they were always talking politics."

A Plymouth High School graduate who earned an MBA at Ashland University, John was living in Troy, Ohio, with her husband, Kevin, when they were invited to the inauguration of former President George W. Bush. They attended one of the inaugural balls. The entire event fanned the flames of John's childhood interest in politics.

After they returned to Shelby, where John had worked as an underwriter at Shelby Insurance Company and as the executive director of the Shelby Senior Center, the devastating flood in August 2007 decimated the center of the city.

"He wrote on the back, 'Will you please consider running for mayor?' I have such great respect for Mike that I said, 'Wow, if he is asking, I have to consider it.'"

John served two terms as mayor and then ran a successful campaign in 2014 for county commissioner when long-time Commissioner Ed Olson retired. In that race, John earned 65 percent of the vote against long-time Mansfield Democrat Phil Scott.

"I am always surprised and grateful when I win an election. But I study election results and the make-up of the county is pretty red, even more red in the last five years," she said. "We were confident we could win it."

John joined Democrats Gary Utt and Tim Wert on the board of commissioners, both of whom lost re-election bids two years later to current Republican commissioners Darrell Banks and Tony Vero.

John said the key to public office is in building relationships, something she has worked to do since her days as mayor.

As mayor, John made many trips to Mansfield "to make sure Shelby represented at the table where decisions are made." As a county commissioner, she has not hesitated to pick up the phone to call Columbus or Washington, D.C.

John said she has also learned a great deal through working with the County Commissioners Association of Ohio and with various legislative liaisons.

"I need to be a partner with (other elected officials), not be intimidated by them," John said. "When I need to know something, I reached out to them. We need strong relationships so they know what's important to the people of Richland County and the impact of the decisions they are making.

"I have a great respect for all elected officials, but they need to know they work for us and should be accessible," John said.

The first big job the new General Assembly will tackle is the state's biennial budget, which Republican Gov. Mike DeWine must provide to lawmakers by Feb. 1.

That two-year financial blueprint will be even more critical as the state continues to battle through the COVD-19 pandemic and its widespread impact on Ohio's economy.

The GOP will again control the legislature with a 20-13 edge in the Senate and 60-39 advantage in the House.

"We will begin working on (the budget) almost immediately. The financial picture is going to be the main responsibility of the General Assembly in the first 100 days. That's going to encompass a lot of things," John said.

"We all know 2021 will be challenging due to the pandemic. It's not what I envisioned when I started this journey, but it's certainly what we will be working on."

Two years from now, what benchmarks will John utilize to rate the success of her first term in Columbus?

"And how can we all work together, the legislature and the governor's office? Those relationships and working together will be critical. It doesn't mean we will always agree, it just means we listen to one another."

John is ready, even eager, to make the drives to Columbus and back. She and Kevin have gotten advice from Mark and Zoi Romanchuk on what the new role in Columbus can mean to family life.

"Zoi and Mark invited Kevin and I to dinner. They told me the new job means I will be away from home more, that I will have to stay over in Columbus sometimes. Zoi shared with Kevin what it will mean to the family," John said.

"I have always appreciated the longer drives," she said with a laugh. "It helps me decompress, either to get ready for the statehouse or to get ready to be home."

Election post-mortem: What did we learn about north central Ohio?

While the country waits on a final presidential race decision, what did Tuesday's election tell us about north central Ohio?