MANSFIELD -- Mansfield water rates would rise almost 70 percent over the next six years under a proposal that would help pay for a $35 million water treatment plant renovation and maintain the city's aging water system for the next decade.

Several council members sharply questioned the proposal, pointing out the city is in the midst of a $17 million city-wide water meter replacement program that was already planned to increase revenues by more accurately measuring water usage. 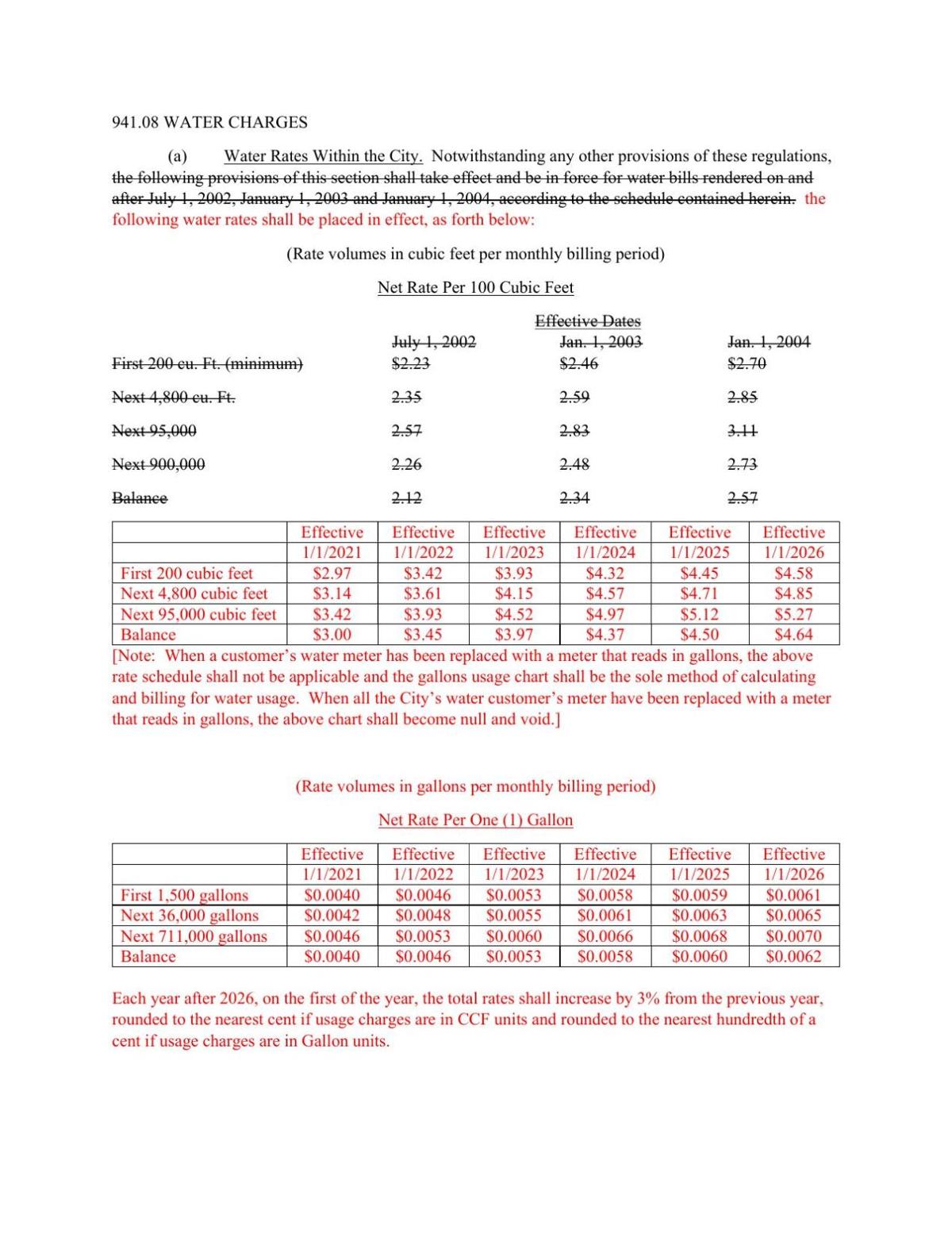 The program is underway, though it's been slowed by technical issues and the COVID-19 pandemic. Officials said Tuesday it likely won't be complete now until April or May 2021, at which time the city will being measuring water usage in gallons instead of cubic feet.

Remy said the Ohio EPA has mandated improvements to the Lexington-Springmill Road water treatment plant and also ordered the city to review its water rates.

The city would also being collecting on a "minimum water service" charge of $3.30 per month in January, Remy said.

"We discovered (in looking at the city's water ordinance) that for some inadvertent reason we haven't been charging that fee for some time and we should have been," Remy said.

City engineer Bob Bianchi said, "We have a capital improvement plan for the water system as a whole. We are projecting outward and doing a forecast now that's necessary to maintain the infrastructure."

Remy pointed out Mansfield has a lower water rate than Ohio cities of comparable size, as well as neighboring communities of Shelby, Ashland and Lexington. The increases, he said, would would only move Mansfield rates "to the middle of the pack."

Remy also said the average water rate increase for Ohio cities from 2005 to 2018 is 3.6 percent, while Mansfield's has gone unchanged for 16 years. "We're not just raising water rates because we want to," he said. (see graphic below) 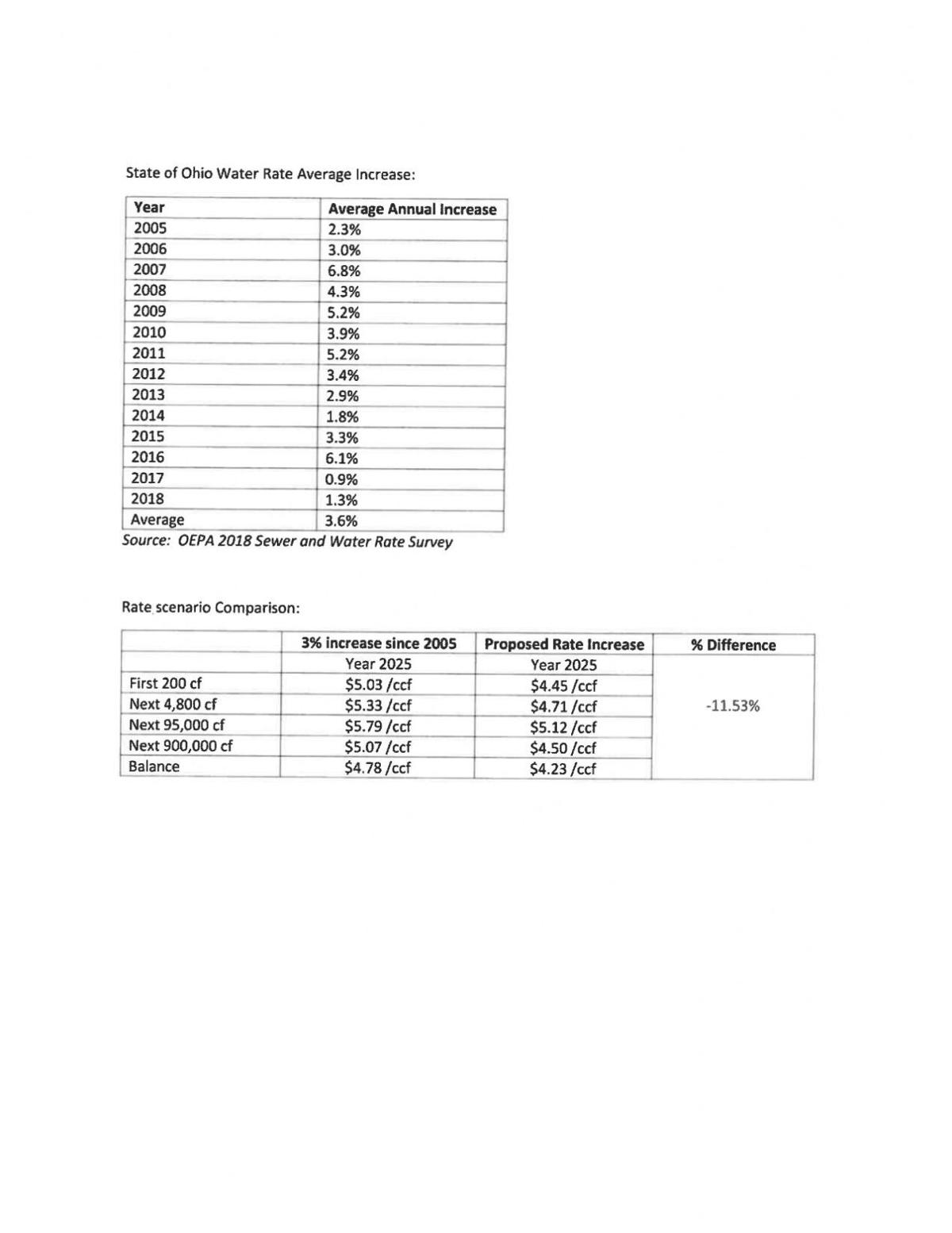 City Council already approved a series of annual sewer rate increases in 2016 after the EPA mandated improvements at the wastewater treatment plant and collections systems.

When seeking approval for the water meter replacement program, which council approved in May 2019, Bianchi said the new system would pay for itself through increased revenue.

He said at the time the city produces 9.5 million gallons of water per day, yet only collects revenue on 3.8 millions per day, largely due to aging, inaccurate meters. He said other losses, including water line leaks, water main breaks and fire hydrant flushing do constitute some portion of the difference.

"This is important. I cannot stress enough how important this is," Bianchi told council in April 2019. "This is the foundation of the revenue that's associated with (other) projects we talk about. If we have a shaky foundation, we know what potentially could happen."

In 2019, Bianchi said the city would receive an additional $1.5 million annually in additional revenue if it recovers 10 percent of the disparity, though he said that could rise as high as 30 percent. 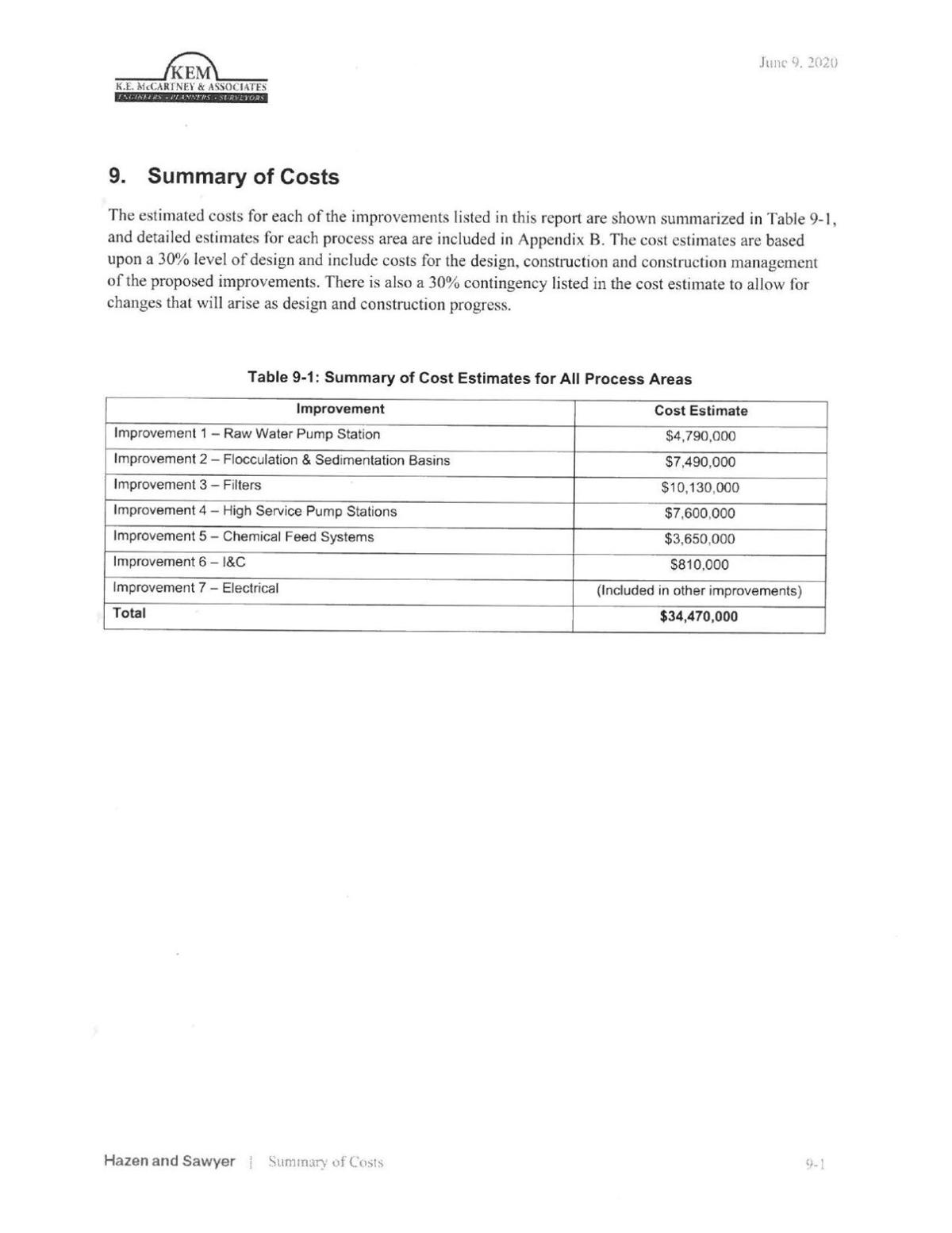 The dry dam project was proposed by the city administration in 2018 and properties and easements were acquired for the project, which ultimately was put on hold until anticipated revenue from the water meter program was realized.

"We already anticipate (increased revenue) with no increase in water rates. Does the first year really have to be 10 percent?" Falquette asked.

Bianchi, who told council that anticipated water meter replacement increased revenues were calculated in the overall capital plan, said the city appropriated $14.2 million for water production in 2020 with a projected revenue of $9.3 million.

He said the anticipated revenue from the water meter replacement program, along with the projected water rate increase, would generate revenues of $12.9 million in 2021.

"Speaking in general terms, we spent a lot of time on the capital improvement plan. We looked at what we need to adequately provide quality water ... looking out 10 years. We look at costs. We look at revenues. We look at the needs of the system, not wishes. We will run out of money very quickly, probably in a year (without the rate increases)," Bianchi said.

He said the water treatment plan improvements would likely require a 40-year bond, legislation for which would likely come before council on Aug. 4.

3rd Ward Councilman Jon Van Harlingen, a member of the public utilities committee and chair of council's finance committee, also expressed concerns about the proposal and said council needed to look at water and sewer rates together.

"I think we're going to have some serious conversations in the future with all of it," he said.

5th Ward Councilman Jason Lawrence, chair of the public utilities committee, read an email from Chad Crider, 126 Sherman Ave., who said he was opposed to any water rate hike at this time.

Council will discuss the proposed legislation during its caucus on Aug. 4 and the planned rate increase will undergo a series of three readings before lawmakers vote on it Sept. 22.

"We know this is not the best time for this, considering all that has gone on, but it's something we need to address," Remy said.

"It would be beneficial for you to look at the plant as it currently is, how it operates, see how we produce water and the dire needs of the plant," Remy said.

A proposed $35 million overhaul of Mansfield's water treatment plant has resulted in discussions about raising the city's water rates.