MANSFIELD -- Diamond Street through the downtown opened to two-way traffic on Monday, according to city engineer Bob Bianchi.

The $552,000 conversion from First to Sixth streets, approved by City Council in November 2020, ended decades of northbound-only traffic on one of the city's main arteries.

Bianchi said there will be intermittent lane closures while final pavement markings are done. The engineer also said timing on the lights will be adjusted. 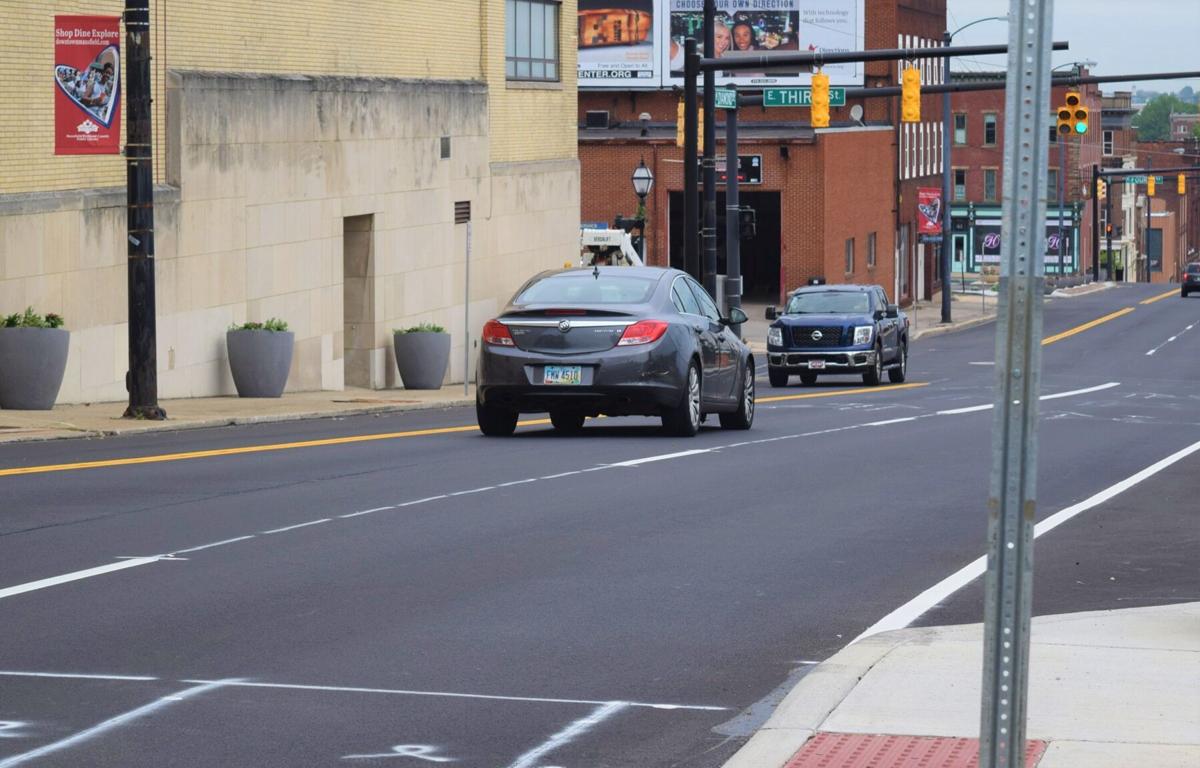 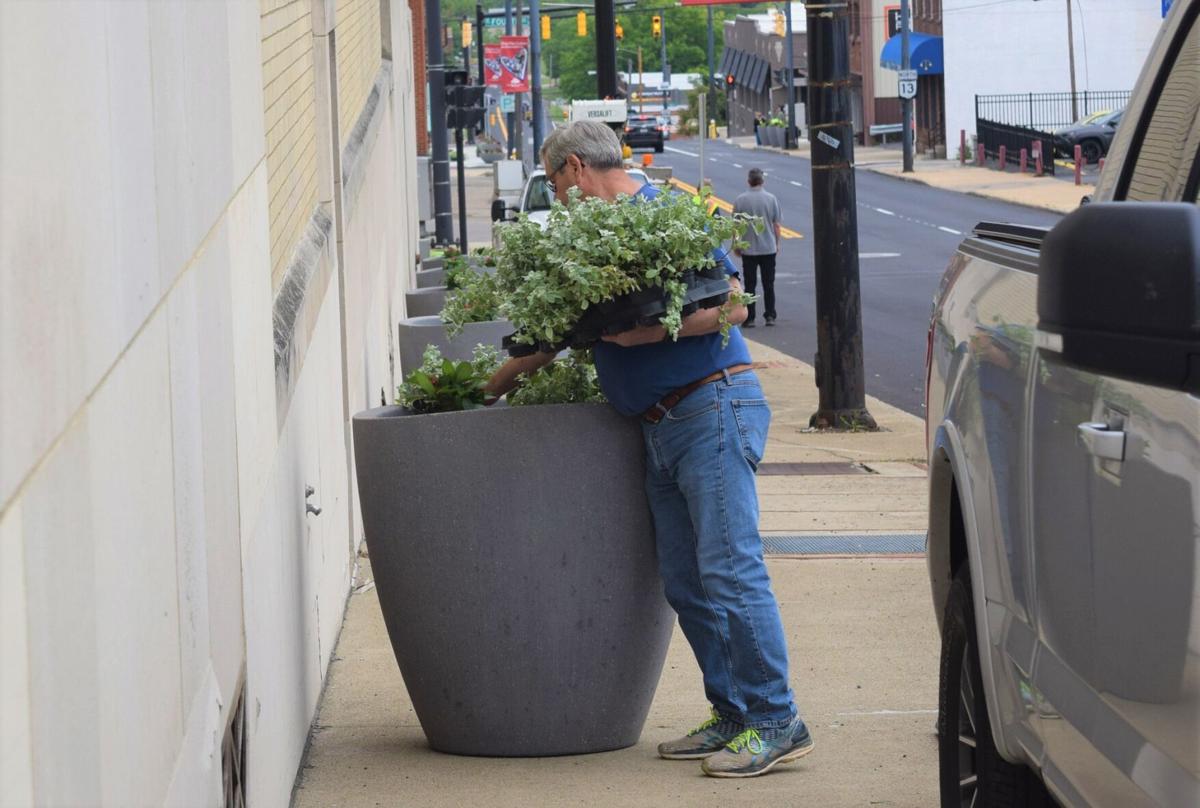 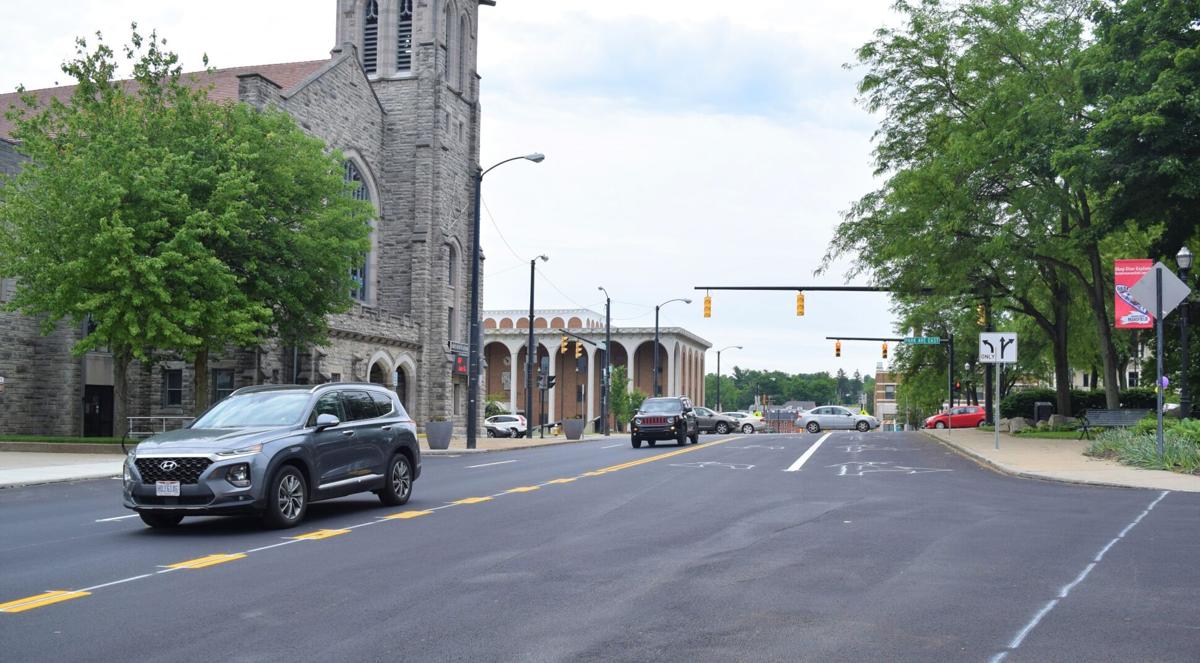 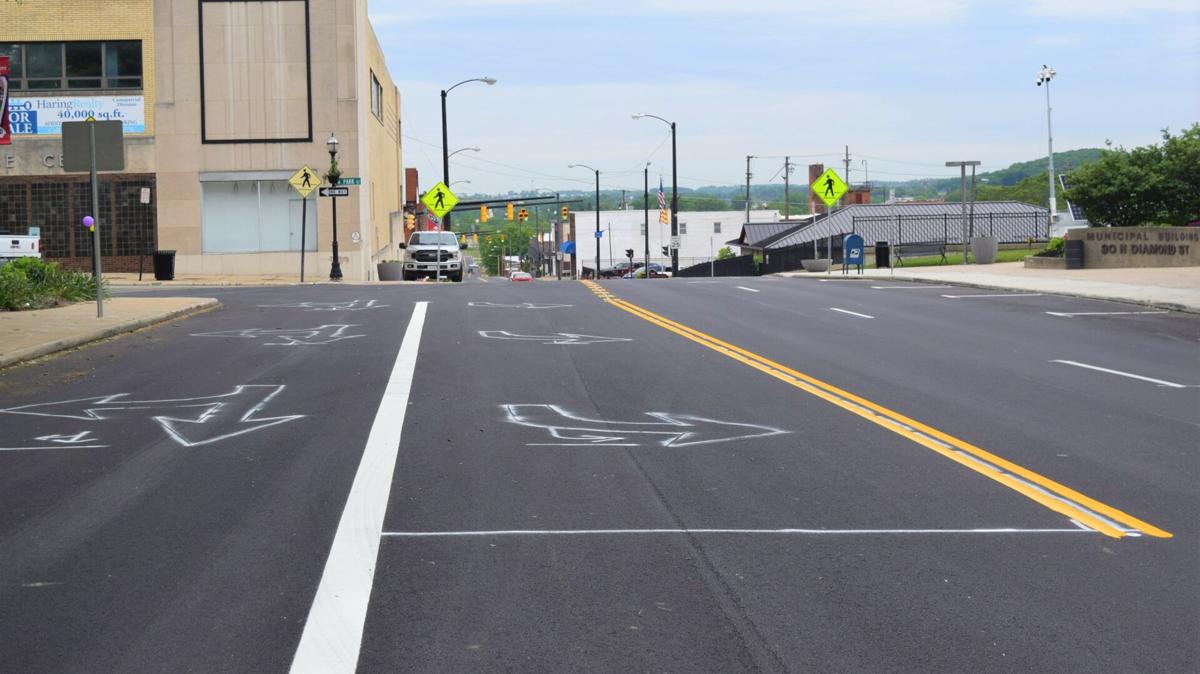 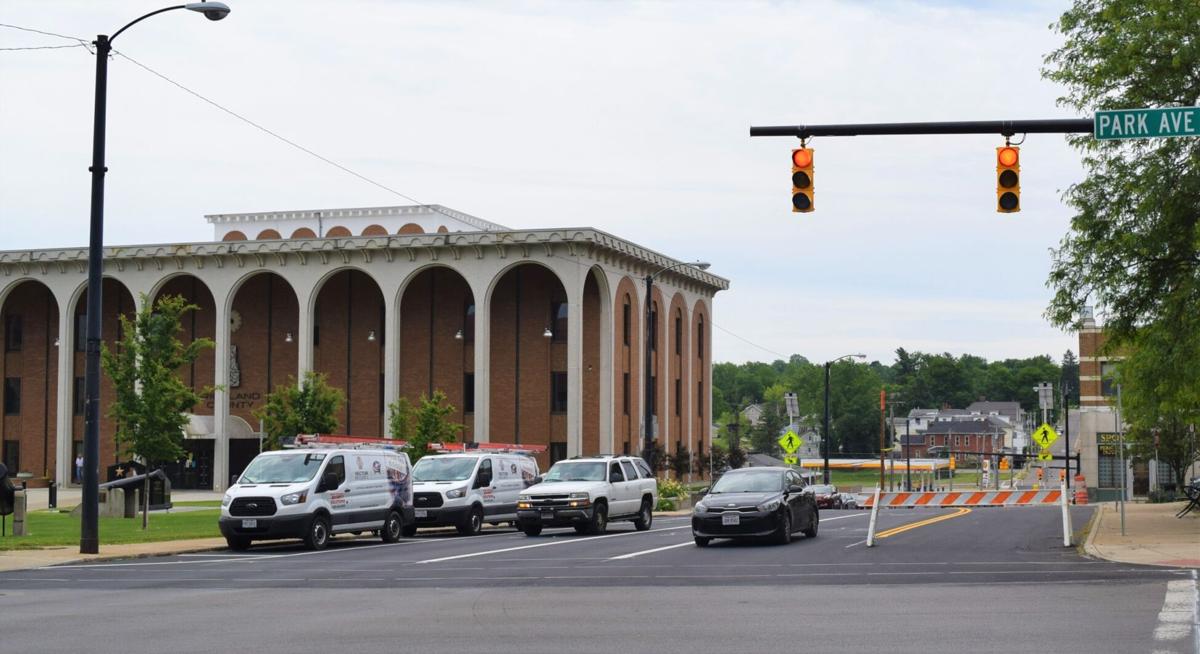 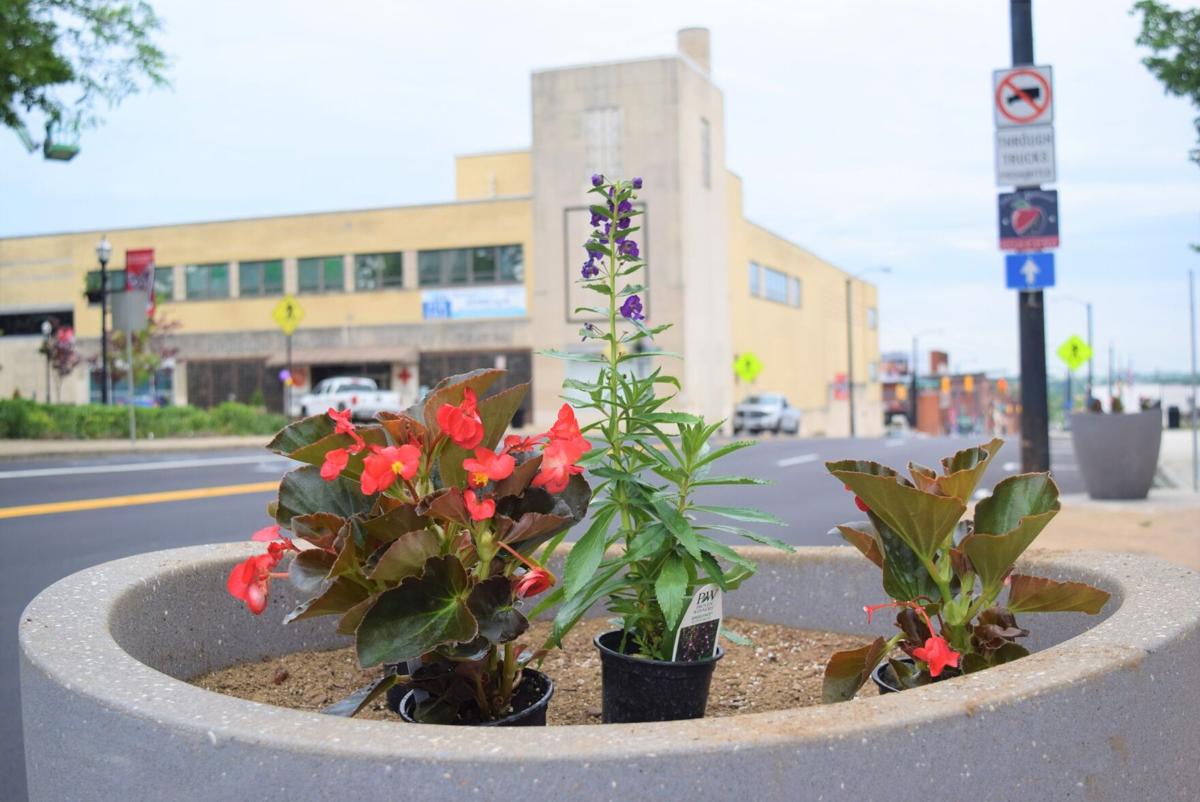 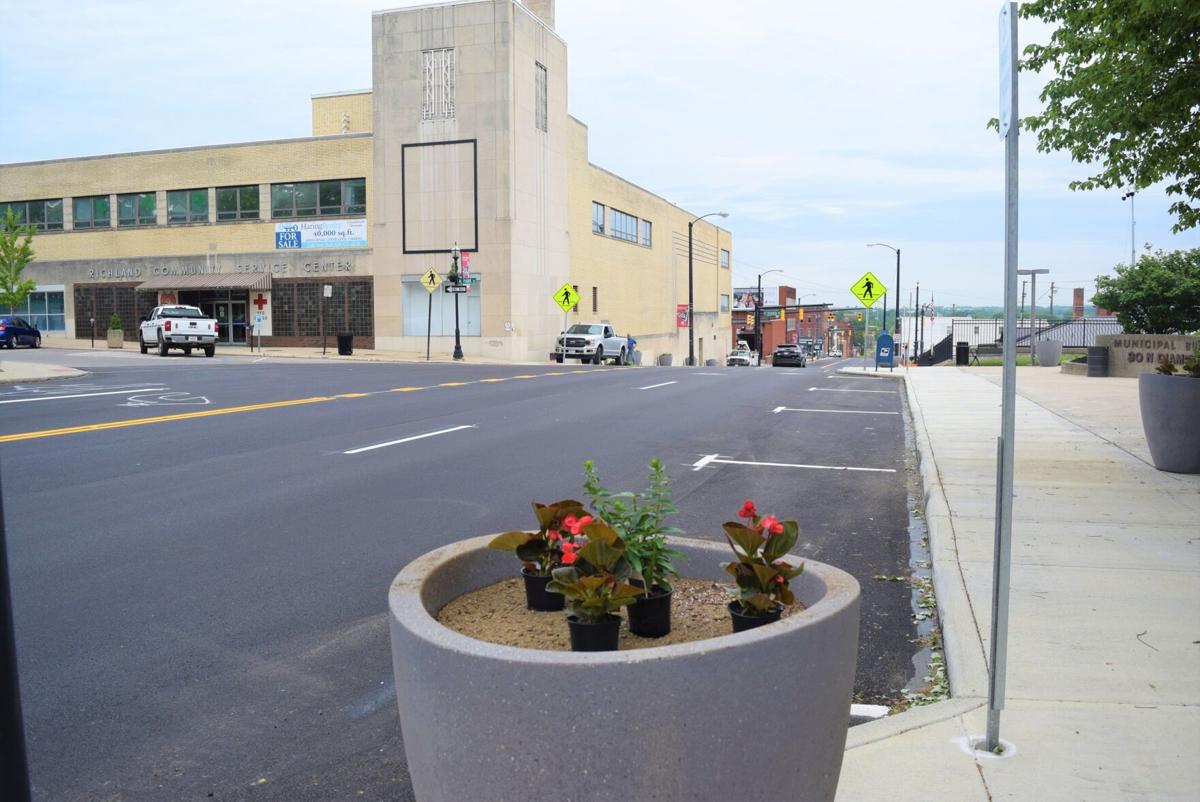 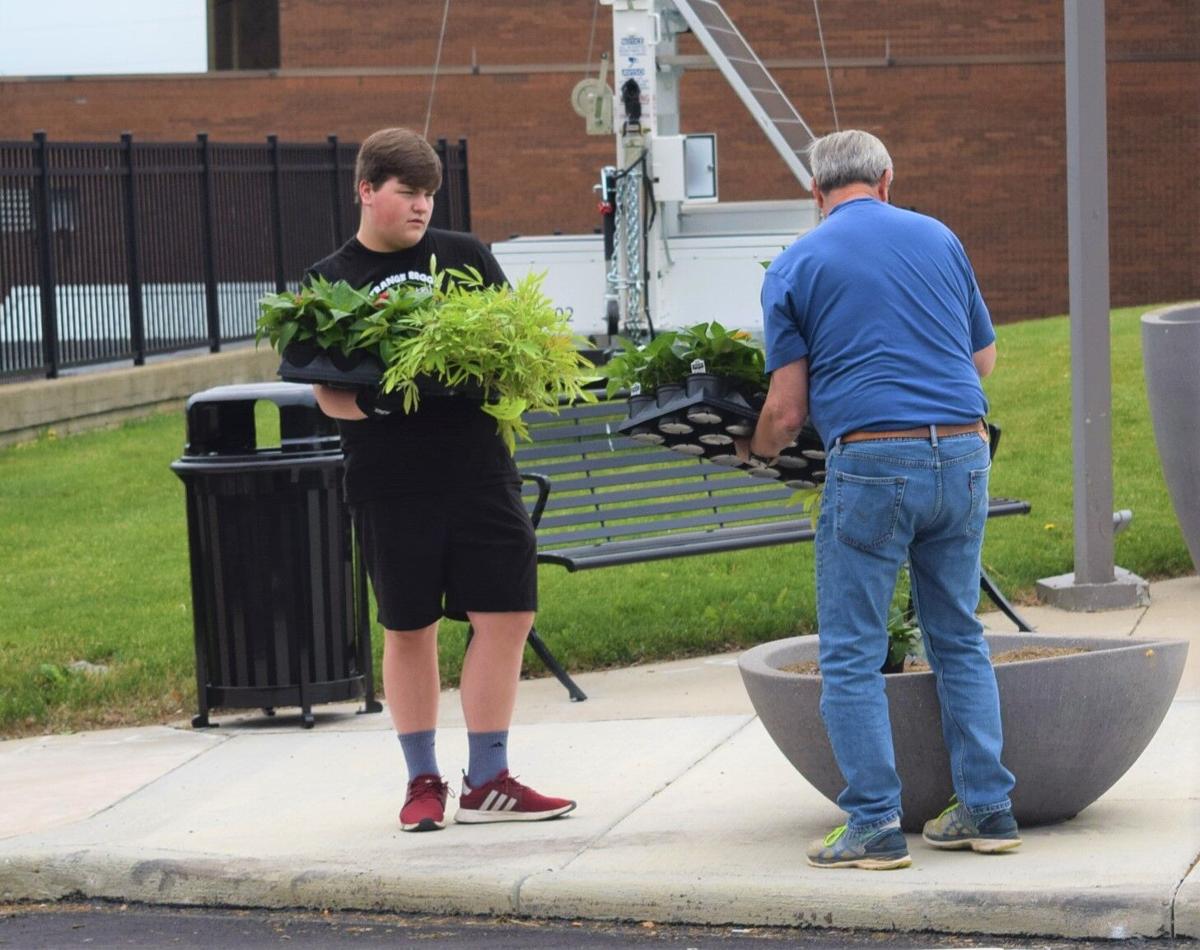 Diamond Street, from First to Sixth streets in downtown Mansfield, opened to two-way traffic on Monday. The road had been northbound only for many years.

Colorful planters were being installed along the route on Tuesday morning.

"What we want is for traffic to be able to progress northbound at 25 miles per hour through the corridor without having to stop," Bianchi said. "That's the goal."

The switch, coming two years after Mulberry Street was also converted, is in keeping with goals identified in the Mansfield Rising downtown investment plan.

The conversion of Diamond Street was first introduced to City Council in February 2020, but was put on hold temporarily when the COVID-19 pandemic reached Ohio.

The goal behind the project, according to Bianchi, was to improve "to" traffic in the downtown while not affecting "thru" traffic.

When introducing the idea, the engineer told City Council the goals are improved access for occasional downtown visitors and friendlier traffic patterns, while also considering "thru" traffic movement along Diamond from First Street on the south, to Main Street on the north.

"For you and me, the people who have been in the downtown and understand the downtown network, we don't think anything about it. For the occasional visitors, they have to think about our one-way street networks. It takes some consideration," the engineer told City Council in 2020.

"We want those occasional visitors to become frequent visitors," Bianchi said. "How do we increase the ability of people to get to their destinations downtown?"

The project's timing met the engineer's goal. When council approved the work in November, Bianchi said he anticipated a completion date of June 1.

"We'd like to get in on the front end of summer and have it completed rather than waiting until the fall," he said at the time.

No general fund money was spent on the conversion.

Instead, funds for the project came from four sources: The permissive sales tax, the street fund, the road resurfacing fund and the Downtown Improvement Fund, which began when council approved a $5 increase in motor vehicle registration fees in May of 2018.

Diamond Street's conversion is yet another part of the Mansfield Rising downtown reinvestment plan.

One part of the plan suggested the city adopt and implement a "complete streets" policy downtown, designing traditional streets to enable cars to move quickly and efficiently.

A major Main Street improvement project is also in the works in the downtown.

Diamond Street conversion in Mansfield may be complete next week

Diamond Street through the downtown may be converted to two-way traffic as soon as next week, according to city engineer Bob Bianchi.