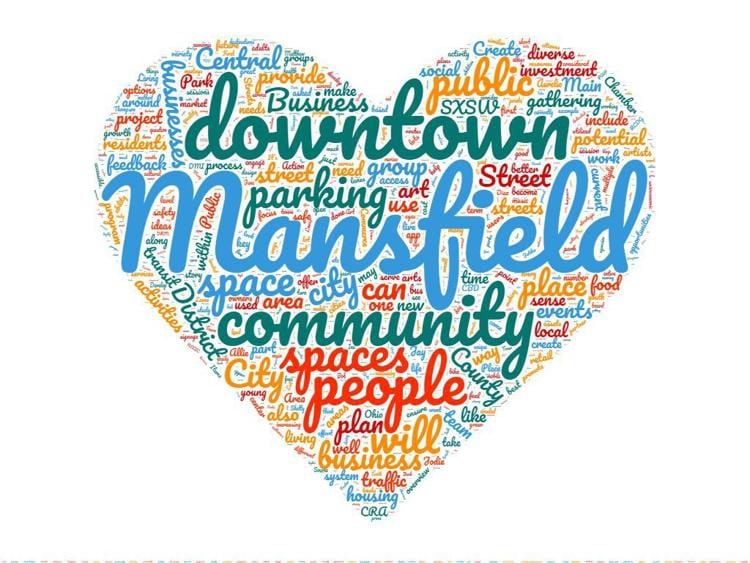 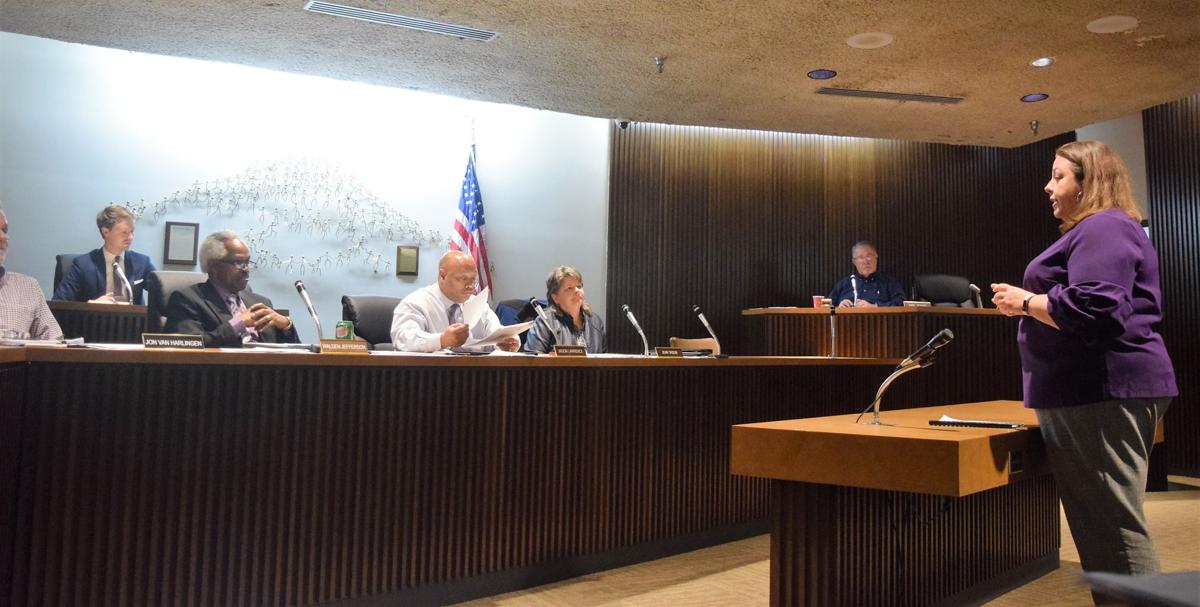 MANSFIELD -- Less than a year ago, a diverse group of 15 local residents attended the South by Southwest Conference in Austin, Texas. They were sent by the Richland County Foundation, tasked to return with ideas on how to improve downtown Mansfield.

A comprehensive, 67-page "Mansfield Rising" plan that the group and its advisers developed -- working in conjunction with other local residents -- was endorsed unanimously by Mansfield City Council on Tuesday night.

The vote came after an overview discussion of the plan by Jodie Perry, a member of the group and the president and CEO of the Richland Area Chamber of Commerce. Perry was one of several members of the group who attended the council session.

Perry spoke during council's economic development committee, chaired by 1st Ward Councilman David Falquette, who welcomed Perry with, "I thought it was a well-written plan with hundreds of good ideas. I hope we can do much of this."

Perry told council the local contingent was overwhelmed in Austin during the six-day event with ideas and connections. She said since the group returned in March 2018 that they have worked with 28 advisers to create the plan.

"It was a lot of work, literally hundreds of hours of discussion and research," Perry said. "We went out and talked to the general public. We had a public information session. We talked to people one-on-one to get individual feedback and comments.

"That all got compiled into the plan you received," Perry said.

Perry told council the plan has four guiding principles the group would like to see utilized in any downtown Mansfield redevelopment planning.

"First, downtown is everyone's neighborhood. It should be a place that is inclusive and welcoming to all. It's the downtown of the whole county, not just the city, so we want people to feel welcome there.

"Second, we have a sizable city here. It's big enough we can have big-city amenities and still have that small-town feel. (Like) when you walk into the coffee shop and you know half the people in there. We definitely want to maintain that," Perry said.

"Third, we think sustainable change will happen incrementally. The story of downtown as it is today is a great example. Where we are today has happened slowly over time, thanks to the work of many, many people who have been working on it.

"Fourth, place-making is economic development. It's important we are attracting new businesses into the community. But in order to do that, we have to have a community they want to come to. That is really key and essential," Perry said.

-- Downtown is a place for living.

-- Downtown is a place for gathering.

-- Downtown is a place for business.

Perry said the plan ranges from small to grandiose ideas and that all will require teamwork.

"No one entity is going to be able to do these on their own. Part of the reason we undertook the process the way we did was to build relationships, build collaborations. We wanted to bring everyone around the table, have the conversations. To this point, we're very pleased with what we have received in that aspect. It makes me optimistic we will be able to accomplish these ideas," Perry said.

She said the group realizes funding for projects will have to come from many sources.

"We're not just expecting the city to just write a check. We're not expecting the (Richland County Foundation) to just write a check. There are going to be a lot of funding sources. We didn't want to let funding be a deterrent to us including these ideas, but obviously we wanted to make sure there are tools and ways for us to arrive at the funding we need to accomplish these plans," Perry said.

Perry said the Richland County Foundation's board of trustees approved the plan in December and that other local entities have since followed suit. She said the group will speak to Richland County commissioners next week.

"This is not a plan that's going to be totally enacted in 2019. We are looking for early wins. We are actively trying to get people to the table so we can have some visible improvements in 2019. We are not going to wait on the bigger projects. We are already starting conversations about them, because in some cases they will take years of planning to put together," Perry said.

"We want to build on our strengths. Our downtown has a really good vibe. We want to continue that and accelerate some of the changes that are happening," she said.

Perry said two of the most important parts of the plan include adding more housing to the downtown and improving the downtown's usage of public places.

"Having people in the downtown 24/7 is going to be a key to the revitalization," she said, adding the local contingent had an "ah-ha" moment in Austin when they saw some of the unique and creative things other communities are doing with public spaces.

The initiative began in the summer of 2017 when Richland Source President Jay Allred and Perry approached the Richland County Foundation with the idea to send a local group of people to the SXSW festival in Austin with the goal to bring back the best ideas for the city.