Cope said a pre-disciplinary hearing is planned Monday or Tuesday for officer Jordan Moore, 24, who joined the Mansfield Police Department in July 2018.

Moore was already scheduled off Tuesday through Friday, but now will not work again until after the issue is resolved, according to Chief Keith Porch. 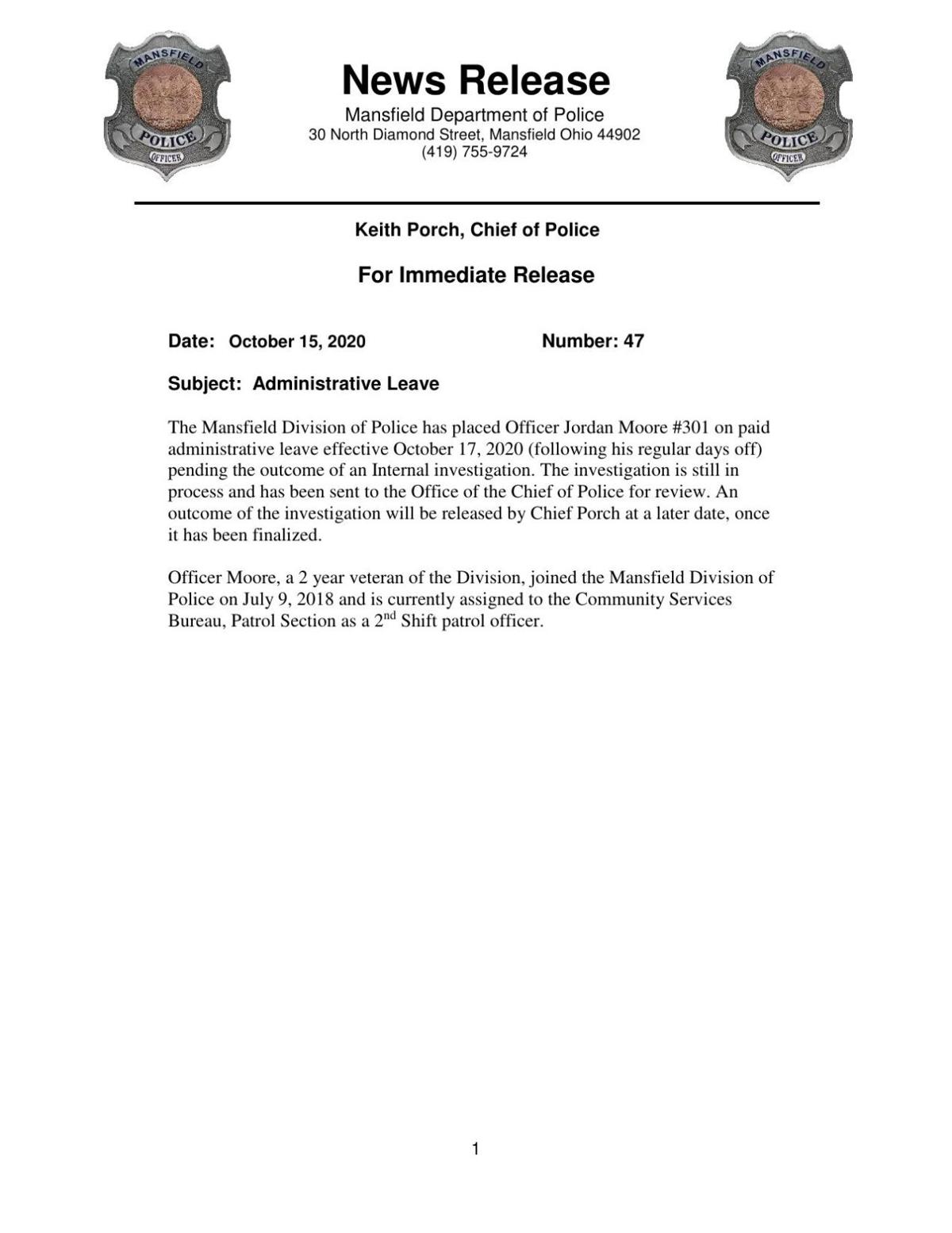 Moore began his career in New Washington before joining the Sandusky Police Department in 2017 and then came to Mansfield. He is currently assigned to the Community Services Bureau, Patrol Section, as a second-shift patrol officer.

He completed crisis intervention training in 2019, sponsored by the National Alliance on Mental Illness of Richland County and the Richland County Mental Health & Recovery Services Board.

Cope said she and police leaders have reviewed the videos, statements and complaints and that Moore is the only officer facing disciplinary action stemming from the disturbance and two arrests at 501 W. Fourth St. on Monday.

In an emailed statement Tuesday, Porch said he "understands the concerns that have been raised by the incident," which included the dragging of the 17-year-old handcuffed Black teenager.

A bystander recorded video of the incident, which showed the arrest of a Black Mansfield man and the teenager, reportedly the man's son, who was reacting to the adult's arrest.

Cope said all disciplinary options are open, ranging from reprimand to termination.

Fourth Ward Councilman Alomar Davenport said he felt "disgust" when he saw the "defenseless, restrained black teenager dragged along the ground by his shirt collar."

In a posting on his Facebook page, Davenport called for disciplinary action and renewed his desire to see mental health professionals accompany police officers on possible mental health calls.

MANSFIELD -- The man being booked into the Richland County Jail believed he was former President Barack Obama's daughter, demanding diplomatic…