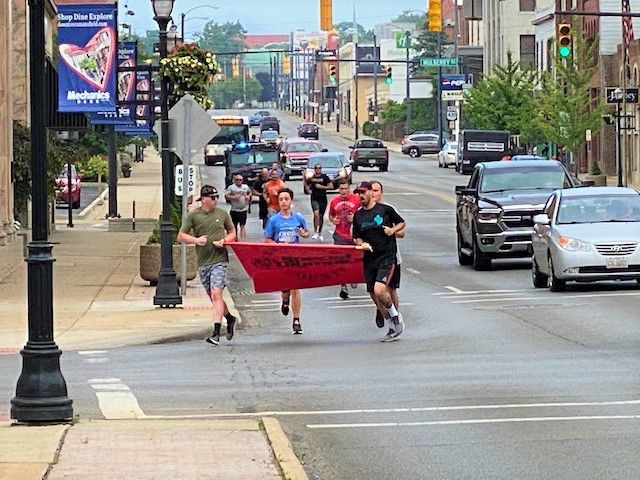 About a dozen Mansfield officers and Richland Newhope staff participated in the annual "Torch Run" run on Friday to support local Special Olympians. 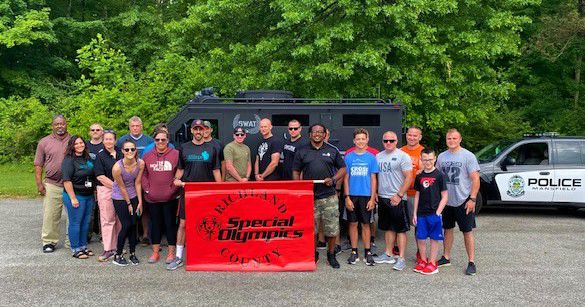 About a dozen Mansfield officers and Richland Newhope staff participated in the run on Friday.

It began at The Mansfield Art Center and ended at the Fraternal Order of Police Memorial at the southeast corner of the square downtown.

“I want to thank all of the officers who participated this year, both by running and by supporting the event,” said Newhope Supt. Michele Giess.

“We have great support for the Torch Run each year, which shows the dedication and community spirit of the Mansfield Police Department. Their high level of participation is a credit to Mansfield and their community," Giess said.

“The Richland County F.O.P. Lodge #32 has been a longtime supporter of the Special Olympics. It is an honor to participate and help ‘carry the torch’ for such a noble cause,” said Detective David Scheurer.

“The courage and dedication displayed by Special Olympics athletes is an inspiration for all," he said.

The Law Enforcement Torch Run has become a year-round movement that raises money through a variety of activities and special events, including the Cleveland Polar Bear Plunge.

With the help of community partners, these events combined have raised millions of dollars for Special Olympics.