MANSFIELD -- Mansfield Mayor Tim Theaker released his 2019 "State of the City" report Tuesday, saying "momentum building in Mansfield over the last eight years has been exciting and rewarding."

The 11-page report was issued via email by Theaker, who began his third and final four-year term in January after winning re-election in November.

The document, issued four days after the mayor declared a state of emergency in Mansfield due to the COVID-19 outbreak, looks back at things accomplished in 2019.

The entire report can be read here: 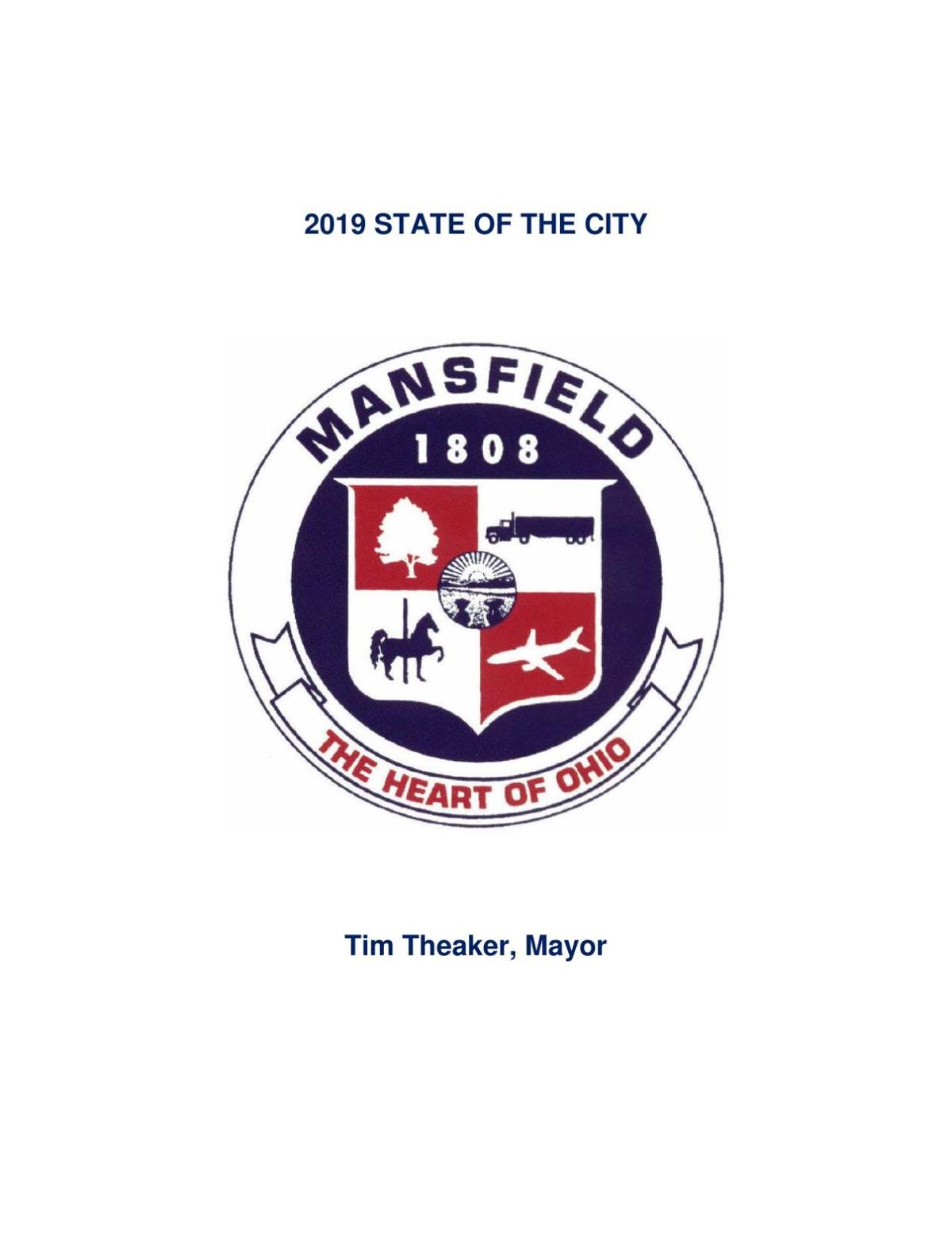 "We continue to move Mansfield forward thanks to great collaboration with various local organizations, our dedicated city employees, and our city council and elected officials who all strive to make Mansfield the best city in which to live, work, worship and raise a family," Theaker said.

"I am grateful the citizens of Mansfield elected me to my final four-year term, due to term limits, so we can continue our efforts to keep Mansfield rising," he said.

Among other things, the mayor cited:

-- projects completed through the new Downtown Improvement Advisory Board, including the conversion of Mulberry Street to two-way traffic and mid-block crosswalk on Fourth Street between Diamond and Main streets. "Many exciting plans are in the works for 2020, which include more planters and trash cans for beautification, Wi-Fi and improvements to Diamond Street and Main Street," the mayor said.

-- demolition of the former YMCW/YWCA on Park Avenue West, which had sat vacant for years. The mayor said, 89 other dilapidated structures were demolished, also. "Cleaning up blight in Mansfield has and continues to be a top priority with my administration," Theaker said.

-- many groundbreakings and openings around the city, including Akron Children's Heath Center, the Gateway Project at Kingwood Center Gardens, Hudson & Essex Deli & Winery, a new wing and pavilion at the Mansfield Arts Center, the Warehouse Tavern downtown, a splash pad at the Mansfield Area Y, the New Beginnings Treatment Campus facility and Richland Public Health renovations.

-- milestones celebrated in the community, including Mansfield Senior High School's path to a state championship football game; the 100th Park Run at North Lake Park; Warren Rupp receiving the President's E Award; groundbreaking and dedication of the Gold Star Families Memorial; and the community celebration for the 25th anniversary of the "Shawshank Redemption" movie release.