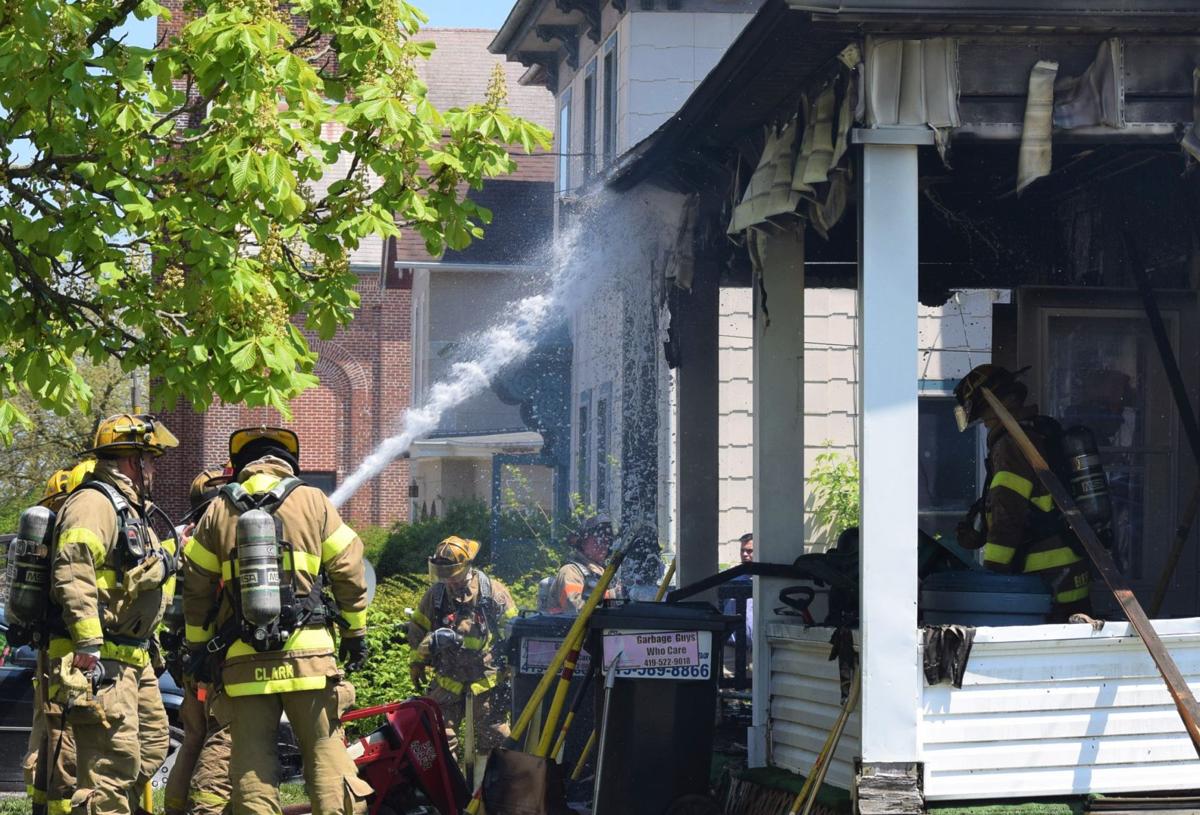 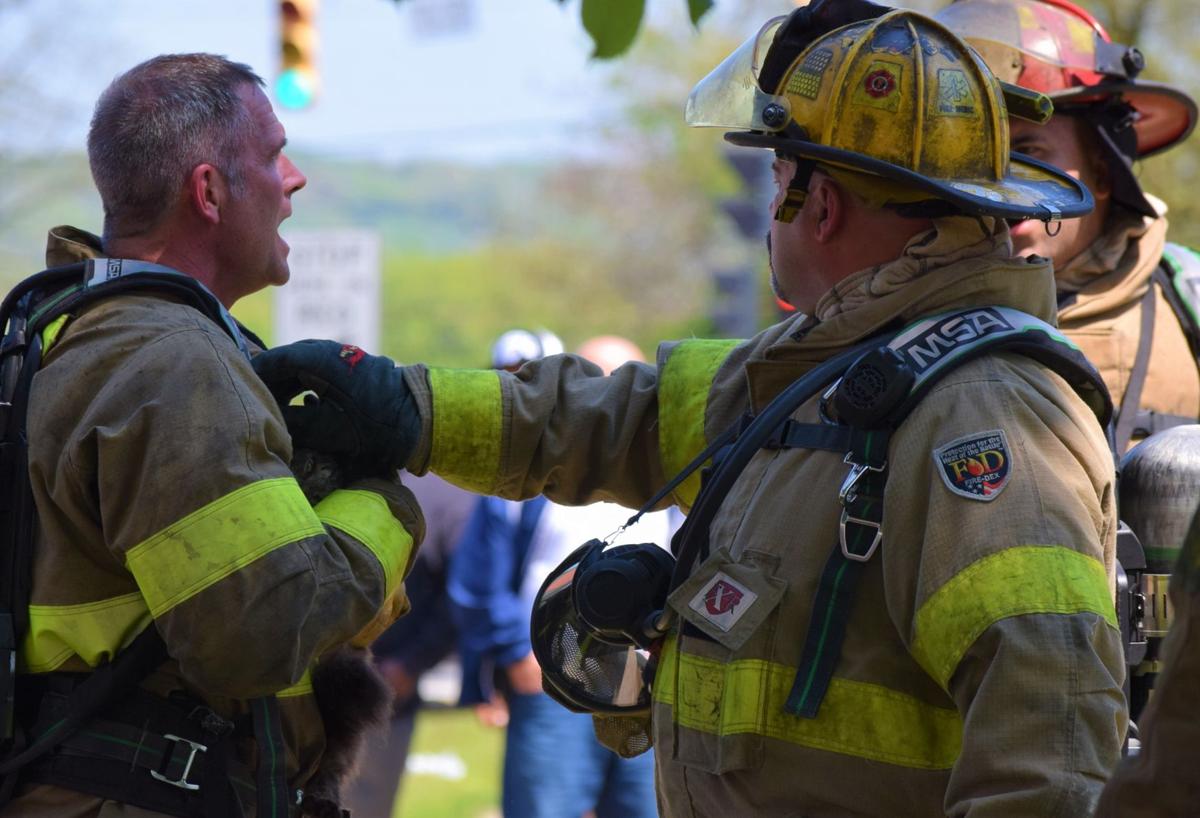 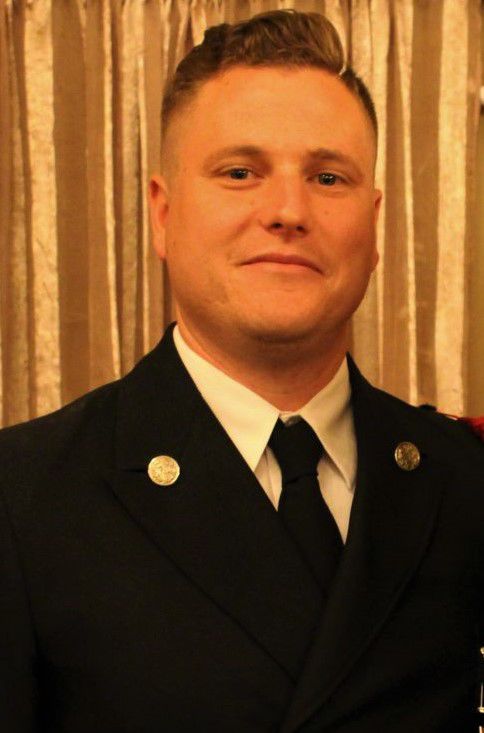 MANSFIELD -- Scott Miller grew up in the Mansfield Fire Department. His dad retired from the department. His uncle is an assistant chief today.

Now the president of Mansfield Fire Fighters Union Local 266, Miller criticized on Saturday a decision by Mayor Tim Theaker to eliminate "non-emergency" overtime as part of efforts to cut costs in response to the COVID-19 pandemic.

The decision could cause the temporary closure of one or two of the city's five stations if manpower slips below a certain level.

Until the cost-cutting move went into effect on Thursday, fire department leaders would "backfill" with overtime to ensure the city had 19 personnel on duty to man all of the city's firetrucks and rescue squads.

"These are unprecedented times and our economy is certainly impacted," Miller said in a statement. "But the decision of the city to reduce firefighters and paramedics has the potential to make a bad situation worse for far too many citizens of Mansfield." 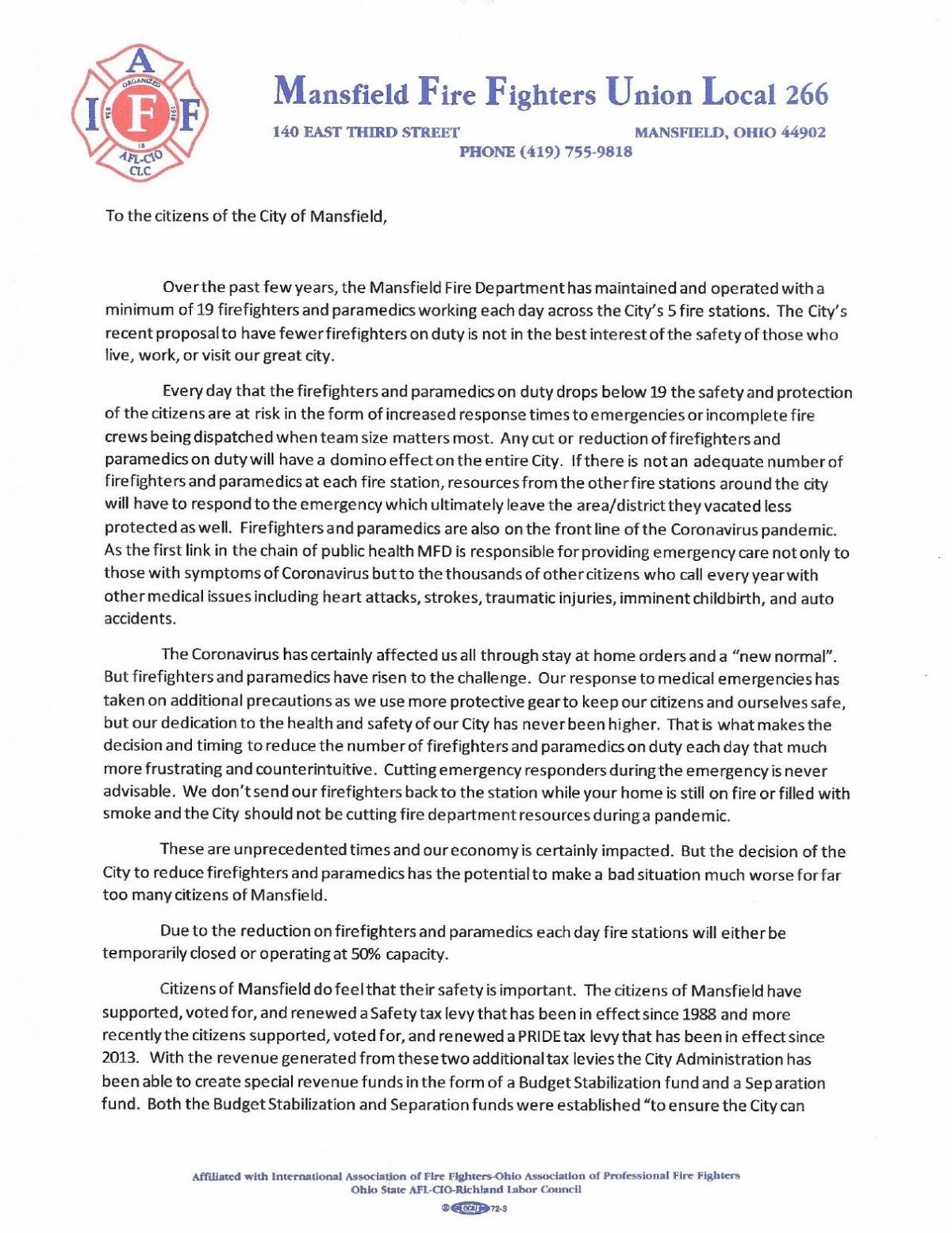 Theaker said the fire department has an overtime budget of $600,000 in 2020 and that it costs about $1,000 per day when a firefighter/paramedic has to be pressed into an OT shift.

Under the directive, station No. 2 on Brookwood Way will be closed if manpower dips to 16 on a given day. Station 4 on South Main Street will close if only 13 personnel are available. There will also be varying levels of staff members being cross-manned to other vehicles.

A paramedic and a 2006 graduate of Mansfield St. Peter's High School, Miller said the decision will mean fire stations will either be temporarily closed ot operating at 50 percent capacity.

"Any cut or reduction of firefighters and paramedics on duty will have a domino effect on the entire city," said Miller, honored in 2017 as the department's EMT of the Year.

"If there is not an adequate number of firefighters and paramedics at each fire station, resources from the other fire stations around the city will have to respond to the emergency, which ultimately leaves the area/district they vacated less protected, as well."

Miller, who has been with the department almost eight years, said firefighters and paramedics are on the front lines during the coronavirus pandemic.

"As the first link in the chain of public health, MFD is responsible for providing emergency care not only to those with symptoms of coronavirus, but to thousands of other citizens who call every year with other medical issues, including heart attacks, strokes, traumatic injuries, imminent childbirth and auto accidents," Miller said.

Theaker said he is working now to try to avoid deeper budget cuts.

"A lot of people have been misinformed. We are not laying people off ... yet. I am hoping there won't have to be a reduction in heads in the police and fire departments," Theaker said. "A lot of other cities are already laying off people. With this move, we are pushing the bucket further down the road before we have to make tougher decisions.

"We are trying to put a tourniquet on the cut to try to slow the bleeding. If this becomes bad, we are hoping not to lose a major limb."

Miller said the city's first response should not be to reduce safety services.

"Yes, we are in financially uncertain times and yes, some city policies may need to be revisited," Miller said. "But the first step is not to cut the services that people rely on to keep them safe, especially as those professionals are battling the pandemic on the front lines."

Miller said the union looks forward to working with the city administration to find ways to avert the OT cuts and "keep firefighters and paramedics at the fire station -- with a full team, ready to respond when our citizens call for help."

Local 266 is affiiliated with the International Association of Fire Fighters.