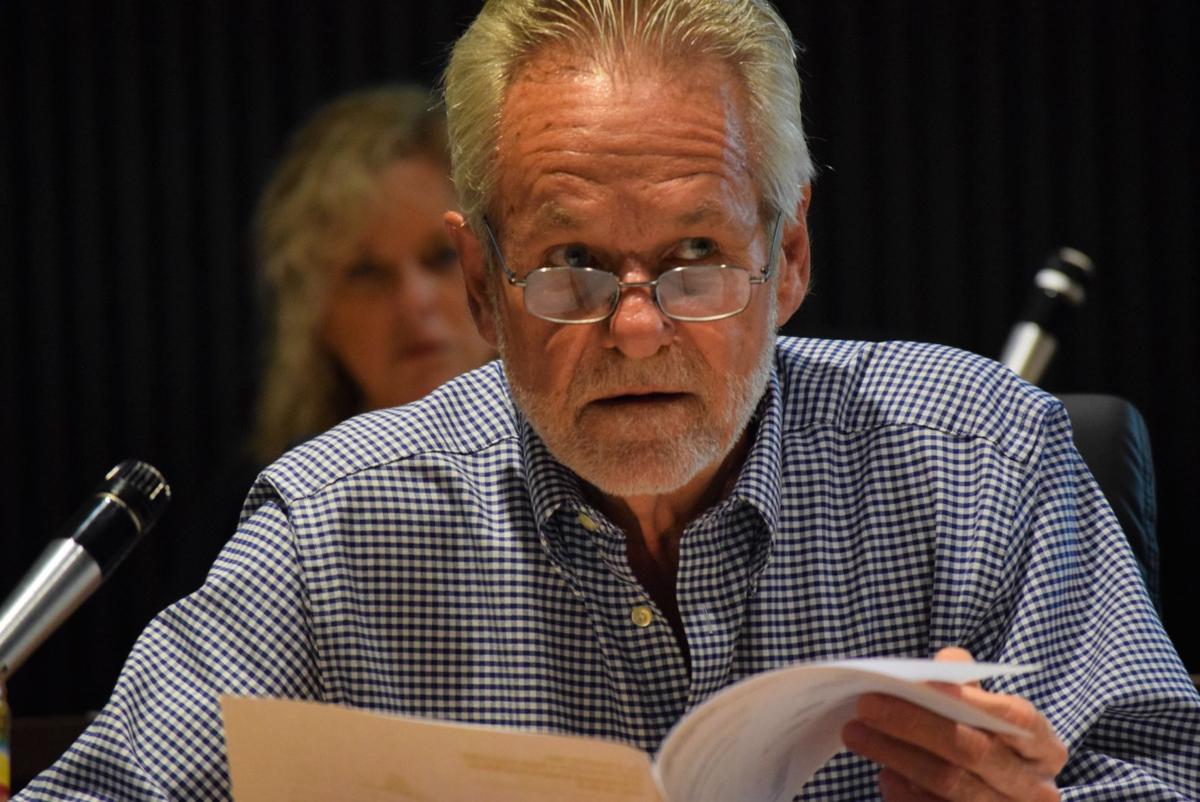 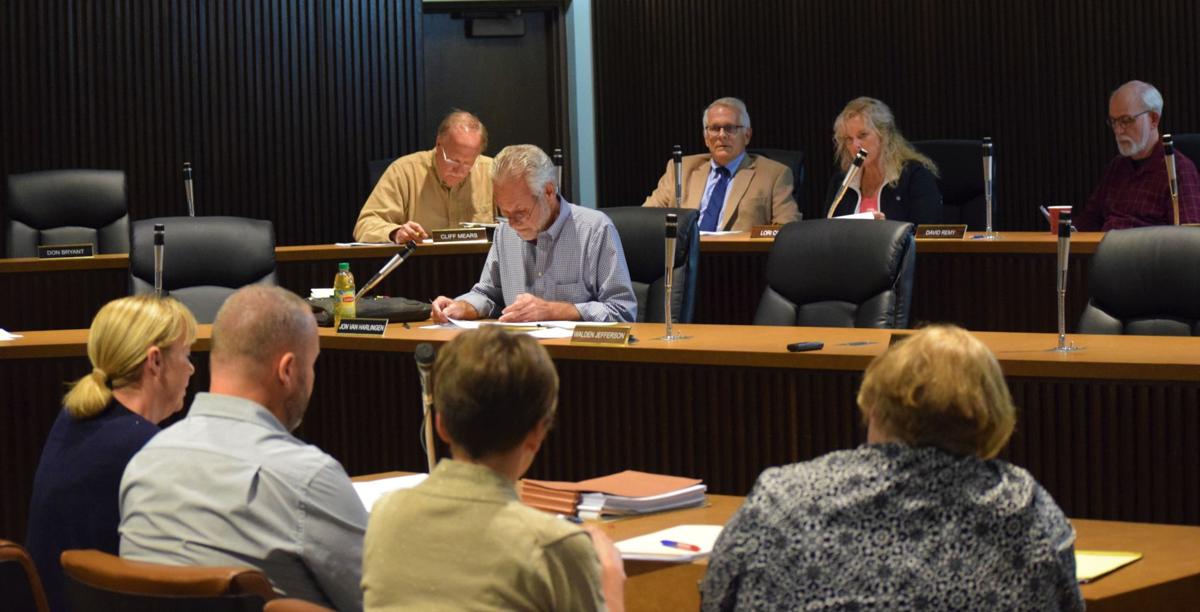 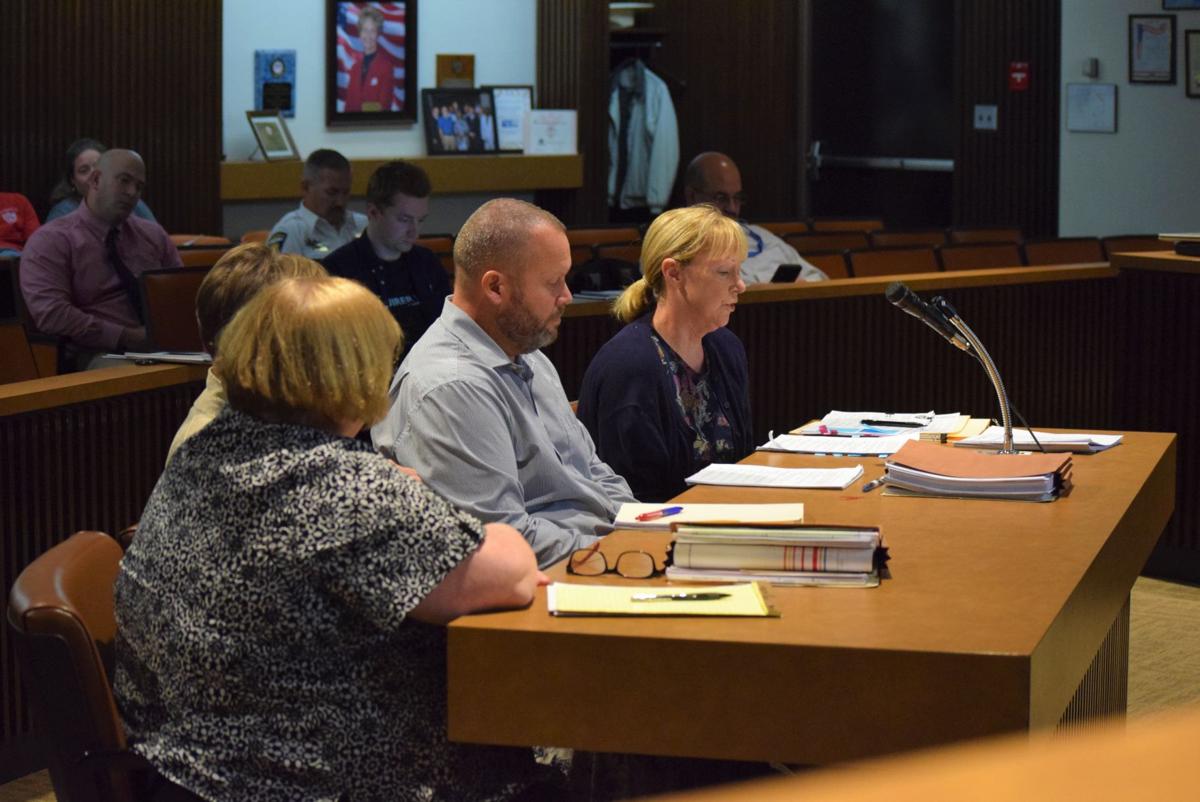 Mansfield Finance Director Linn Steward (right) and members of her staff meet with City Council members Monday during the first hearing on the city's 2020 temporary budget.

She rang the bell even louder when council's finance committee conducted its first hearing Monday on the 2020 temporary budget.

"It's really just a break-even budget," the city's finance director said. "If we get all the guesstimated revenue, and the cash is exactly as we estimated, and then they would spend all the expenditures, we are showing about $2,000 (left).

"So that's why I want to emphasize the final budget ... we can't operate with just $2,000 as a buffer," Steward said. "We will take a look at revenues again, (but) I just don't see revenues increasing to the level our expenses are.

"I do think the (final) budget is going to take some hard work," Steward said.

3rd Ward Councilman Jon Van Harlingen, elected in 2013 and chair of the finance committee, thanked Steward for her cautionary words.

"You made your concerns very clear back in March when we passed the final budget," he said, pointing out the city has drawn down on its reserves each of the past few years.

During the meeting in March, Steward showed council charts showing how general fund and safety services fund revenues, largely based on income tax collection, have begun to flatten out in the last few years, while expenses have continued to climb.

The city emerged from state-controlled fiscal emergency almost five years ago. In March, Steward said, "If we were (still) under state control, we would have to budget appropriations to estimated revenue. I think we better start thinking about doing that (again)."

In her report, Steward said the 2020 temporary budget includes no increase in approved staffing levels and the same appropriations as the 2019 adopted budget for the general fund and funds supported by the general fund, with the exception of contractual salary and benefit increases.

She also said the temporary budget reflects an estimated 10 percent increase in health insurance costs for the self-insured city.

There are increases in other areas of the temporary budget, including the debt service fund, water fund, sewer fund and utility collections. Steward said the increases are primarily due to repayment of the 2019 bonds related to the ongoing city-wide water meter replacement program.

City officials have said the program will pay for itself with revenue increases obtained through more accurate metering of water usage.

Van Harlingen said council will continue to discuss the temporary budget during upcoming meetings. The full council is scheduled to meet again Nov. 5.

A change in the financing plan will save Mansfield about $237,609 in a $17.3 million city-wide water meter replacement program approved by City Council on Tuesday evening.