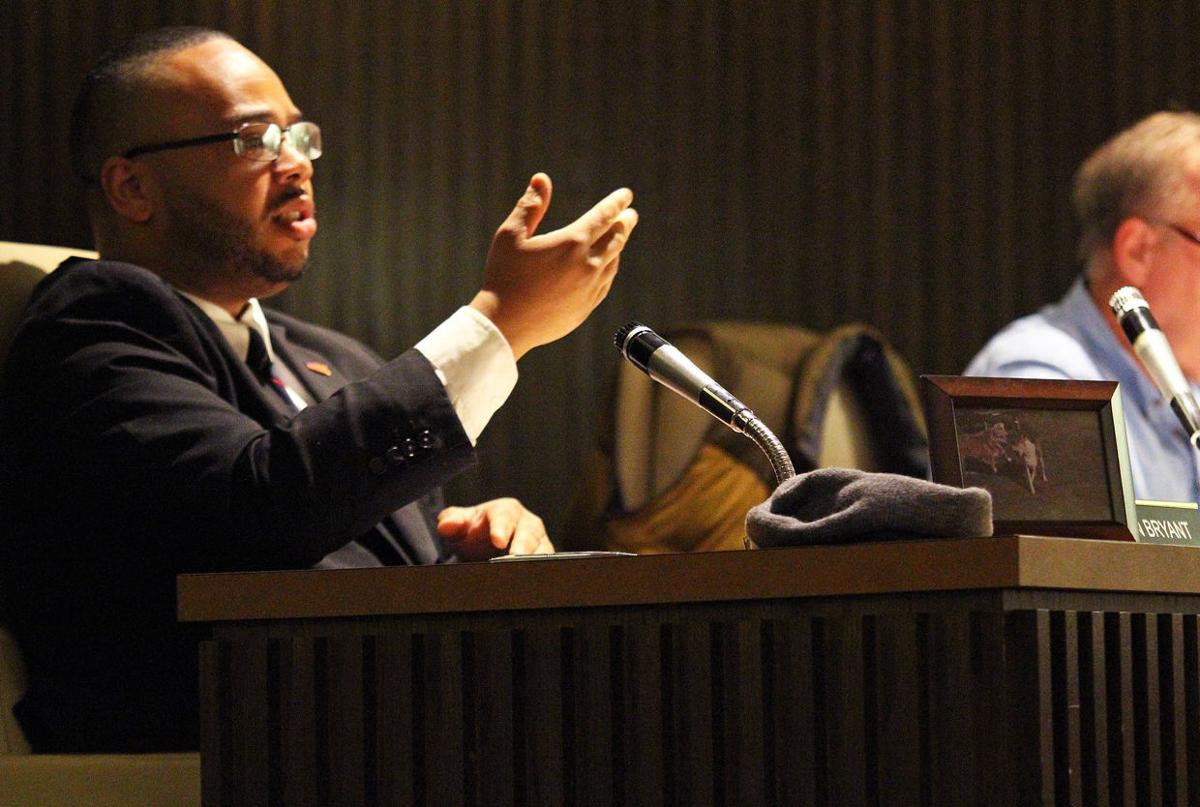 A picture of his dogs accompanied Mansfield councilman Don Bryant on Tuesday evening as he advocated for the need of an animal relations officer within the city of Mansfield. 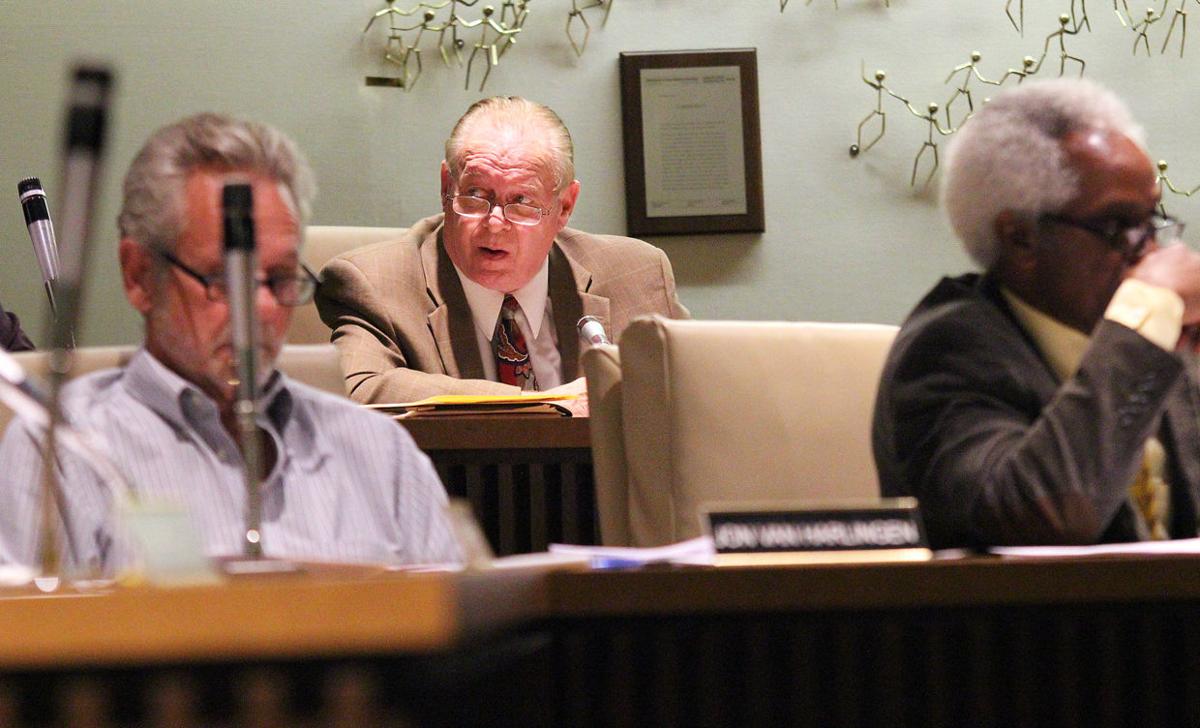 Mansfield Law Director John Spon stated he feels very strongly that pit bull-type dogs should be regulated within the city, calling them "the most dangerous domestic animal."

MANSFIELD - Members of Mansfield City Council continued discussions on Tuesday regarding an animal control officer within the city, with one administrator calling it an issue of "life and death."

Law Director John Spon advocated for the creation of an animal control officer, saying response times would be quicker when a dangerous animal like a pit bull dog was roaming a neighborhood.

"I think when you have danger on the street like that, we need to have a response time equivalent to, let's say a person that's mentally unstable walking down the street with a gun," Spon said. "In my opinion there is no higher duty for council, myself and the administration than to do everything we can to protect our public."

According to data collected by Spon from the Richland County Dog Warden, there has been an "exponential increase" in pit bull-type dogs in the county. Currently, pit bull dogs are prohibited within Mansfield city limits.

It's an issue that Spon does not take lightly.

"I think they are the most dangerous domestic animal walking freely amongst our communities," he said. "On the other hand, we certainly listen to the efforts of the Humane Society and the efforts of non-breed specific legislation. But we have to consider how important it is to create this position."

Returning to Mansfield's safety committee meeting on Tuesday was Linda Swisher, a board member at the Richland County Humane Society. Swisher last spoke on the issue of the animal relations officer and pit bulls at the committee's October meeting.

According to Swisher, the Dog Warden reported 82 dog bites of all breeds in the city of Mansfield between January and October of 2016. She pointed out that all dogs have the capability to bite, and all bites happened under different circumstances.

"I understand that with the breed-specific legislation, we are concerned because of these dogs' physical attributes, their muscular structure and size," Swisher said. "However what I don't see being addressed is the responsibility of the owner. We're pinning all of this on the dog."

The data from the Dog Warden showed that 14 of the reported bite cases involved children. Swisher pointed out that in those cases, a bite could have been prevented with instruction, guidance and monitoring of the child.

The issue of pit bull dogs and creating an animal relations position within the city of Mansfield was first raised in March, when Mansfield's dog ordinance was realigned according to state statues removing the "vicious" characteristic from the pit bull breed.

An animal relations position was discussed two additional times over the year within the city's safety committee meetings, once in April and again in October. Many of the same ideas were discussed again at Tuesday's meeting, and similar to previous months, no concrete decisions were made.

Part of the reasoning for an animal control officer is to lessen the burden of animal calls on the Mansfield Police Department. According to Spon, in 2015 the Mansfield PD received 720 complaints involving animals, the nature of the calls including barking dogs, dogs at large, dog bites, animal neglect and abandonment, and animal cruelty.

Spon continued that the Richland County Dog Warden received 1,008 animal calls, in addition to the 720 complaints from the Mansfield PD. The Richland County Humane Society also responded to 324 animal matters. That totals to 2,052 incidents involving animals across the county in 2015.

"When you compare the general duties of a law enforcement officer responding to non-animal matters with the need for an animal control officer, it would require three times the response for an animal or humane relations officer," Spon said. "If he met the obligation of responding to over 2,000 calls per year, he'd be doing the job of three officers."

"We want the right remedy for this issue, but assuming we bring an officer on board, typically an officer works 40 hours per week," Mears said. "Dog events can happen on weekends or late at night, it doesn't happen during one shift. If we bring someone on board we're only covering 23 percent of the time."

Mears suggested that animal control might be better served as training that is applied to a handful of Mansfield police officers rather than an additional position.

"Wouldn't it be better off having someone available for those calls all the time?" Mears asked.

"You would be placing a larger burden on our existing police department," Spon responded. "I would rather have our police officers investigating violent crimes than responding to barking dogs."

As safety chair, Mansfield councilman Don Bryant tasked himself with collecting additional ideas from members of council and members of the public. He advocated for several solid plans to present during the safety committee moving forward.

"There is something as a group we can do to address this situation," Bryant said. "We can't just ignore it."

Mansfield Law Director John Spon advocated once again for the creation of an animal control officer position within the Mansfield Police Department during the June 19 meeting of Mansfield City Council.