A computer generated image of what Lester Eubanks may look like today. 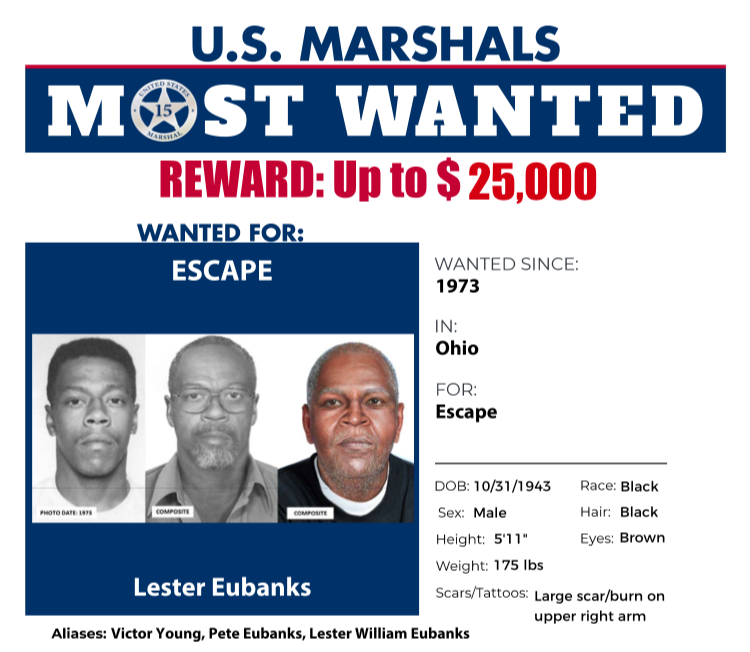 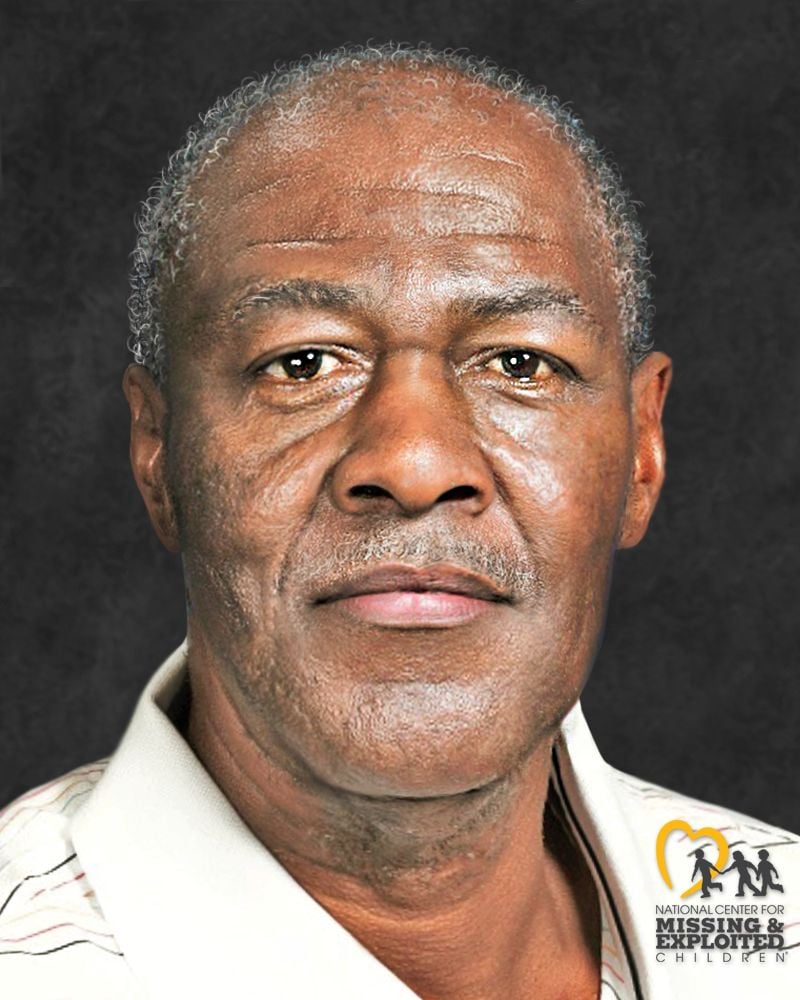 This is an age-enhanced image of Mansfield fugitive Lester Eubanks. 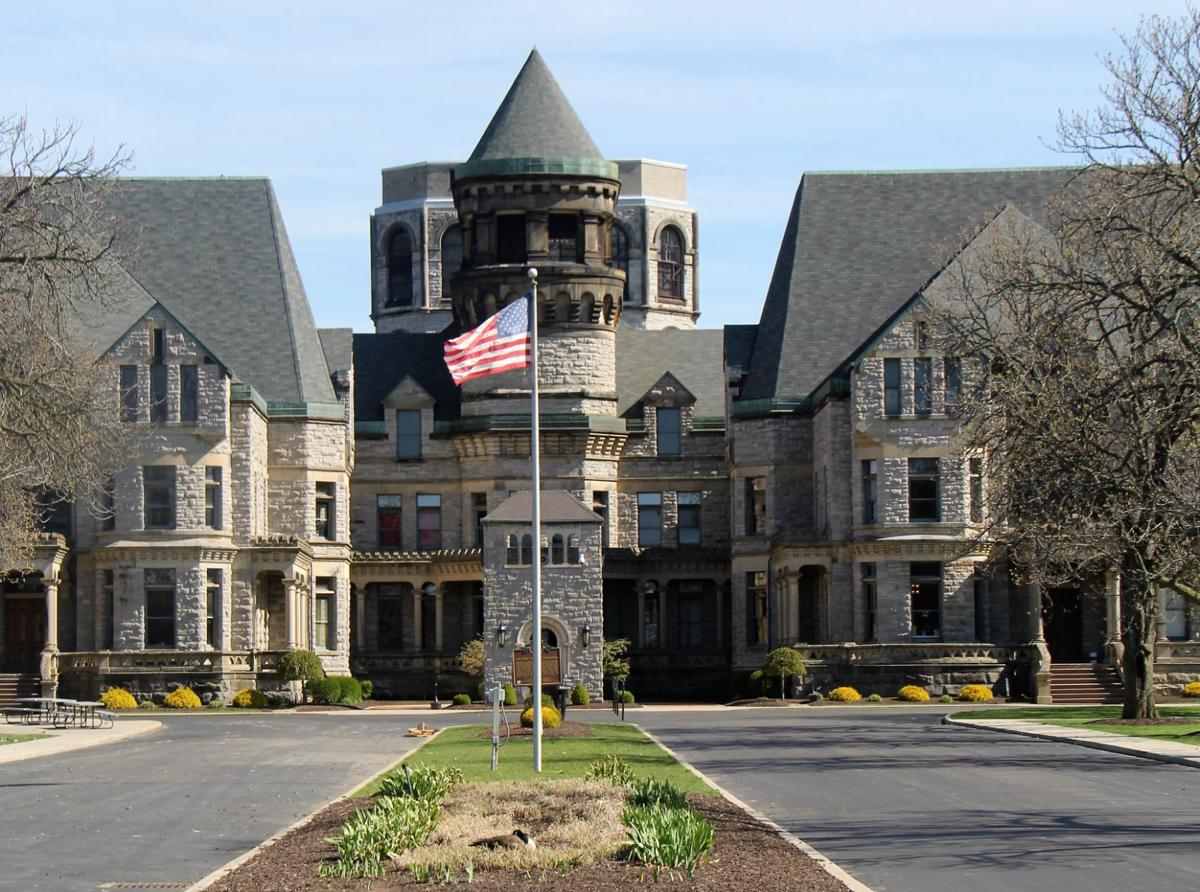 The "Blood Prison" haunt will have a new start date at the Ohio State Reformatory after logistical issues with the fire suppression system.

EDITOR'S NOTE: Listen and subscribe to ABC News' "Have You Seen This Man?" podcast at this link. This report is part of the ABC News podcast, "Have You Seen This Man?," hosted by 'The View's' Sunny Hostin. The podcast follows the U.S. Marshals' ongoing mission to find Mansfield native Lester Eubanks, a convicted killer who escaped from police custody in 1973 and has never been found.

MANSFIELD -- When convicted murderer Lester Eubanks was sent to death row in 1966, he was entering a prison system beset by a tarnished history of violence and cruelty, similar to conditions portrayed in the fictional 1994 film "The Shawshank Redemption."

Those conditions were not the only parallels to the durable Hollywood movie. While the "Shawshank" story was set in Maine, the movie itself was filmed in Eubanks' hometown of Mansfield, Ohio, at a menacing prison with a 25-foot-high stone wall.

In some ways, the "Shawshank" story serves as a fitting backdrop for the events that led up to Eubanks’ escape, which has recently made him a top 15 most wanted fugitive -- a manhunt that is now the focus of the ABC News podcast, "Have You Seen This Man."

Richland Source has featured a pair of stories on Eubanks in the past year. Authorities are convinced Eubanks is still alive.

The U.S. Marshal's Office released an age-enhanced image of the Mansfield native on Aug. 13. 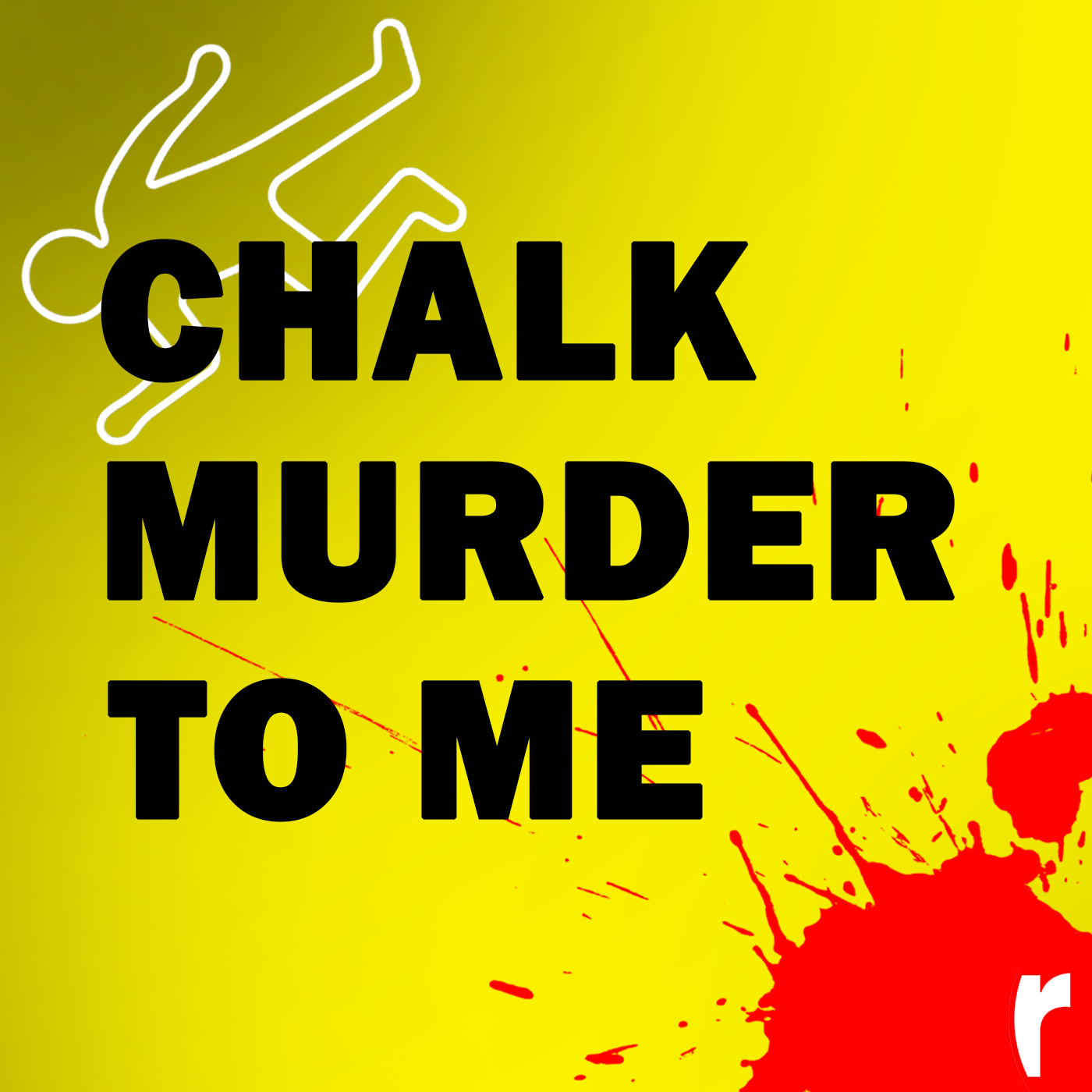 When Lester Eubanks was convicted of killing 14-year-old Mary Ellen Deener in Mansfield, the flagship facilities in the Ohio penal system were two ominous-looking prisons, both built in the mid-1800s and home to Ohio’s most dangerous felons. The prisons looked a lot alike -- medieval castles of stone and iron designed to buckle the knees of arriving convicts.

Eubanks was sent to death row at the Ohio State Penitentiary in Columbus, a facility torn down in the mid-1980s. Forty-five minutes away was the Ohio State Reformatory, which was closed in the early 1990s after a lawsuit alleged barbaric conditions. That structure became the film set for the "Shawshank" movie and now operates as a prison museum.

Michael Humphrey served time there for theft in the late 1960s, during the same period Eubanks was incarcerated in Columbus.

"I know exactly what this place was like," Humphrey told ABC News. "I know what it smelled like, what it sounded like, and, you know, everything that went on here … I hated this place so bad."

If anything, Humphrey said, the Ohio prisons were even more violent than the one portrayed in "The Shawshank Redemption," which stars Tim Robbins and Morgan Freeman. It's a story that shows Robbins’ character, Andy Dufrense, beaten by guards, confined in blackness for days and raped and tormented by other prisoners.

"In 1972, there were two guys that were feuding," Humphrey recalled. "One was a barber and the other guy was forced to sit down in his chair. (The barber) sharpened up his straight razor and cut the man’s throat, and he bled out on the floor."

Humphrey said inmates carried with them a constant sense of dread.

"We had a young kid that was here and he couldn't, for whatever reason, he just couldn't take it," he remembered. "He had got a hold of some flammable liquid from the maintenance department, and that night, instead of going to dinner, he stayed in his cell and he doused himself and set himself on fire and burnt to death in that cell."

Those gruesome conditions helped bring about the cries for reform in Ohio that eventually played a role in Eubanks’ escape, according to former prison officials interviewed by ABC News.

Jeffrey Carson was a deputy warden who spent 21 years helping to manage the Ohio prison system. He said that Eubanks arrived at a time of experimentation and change in the way the state treated its inmate population.

Looking back to the early 20th century, Carson said inmates would "get a bible," be placed in solitary conditions "and read until you repent."

"Or they would dig a hole in the ground, stick you in there, deprive you of light and sensitivities and things of that nature," he added. "Eventually, we evolved to a more restorative justice."

In the early 1970s Ohio was trying to institute more community service -- what Carson called the "rehabilitation model." That model included efforts to teach inmates to function outside the prison walls, whether through work release or shopping trips offered as a reward for good behavior.

"I think that most of the decisions that were made were good," Carson said. "Occasionally, some individuals made up their mind to further their criminal activity. You know, and I wish I had some way to say which person is gonna be the best inmate and which one is not going to be the best inmate, but I don't."

Eubanks’ escape was far less dramatic than that of the Shawshank character played by Robbins, who chips away at his cell wall in secrete and slips through a sewage channel to find freedom.

Eubanks simply walked away from a prison-approved shopping trip. But, like his fictional Shawshank counterpart, Eubanks was never to return.

New episodes of "Have You Seen This Man?" are available on Wednesdays. Listen and subscribe on Apple Podcasts, Google Podcasts, iHeartRadio, Pandora, Spotify, Stitcher and TuneIn.