The agreement was approved by the board Sept. 1, a copy of which was obtained Thursday by Richland Source through a public records request.

Davis will not return to the district as an employee, a reinstatement ordered by Richland County Common Pleas Court Judge Brent Robinson in May when he ruled against the district in Davis' lawsuit.

The agreement stipulates Davis' retroactive reinstatement to the position of assistant principal, effective April 18, 2018, through the end of the 2019-2020 school year. 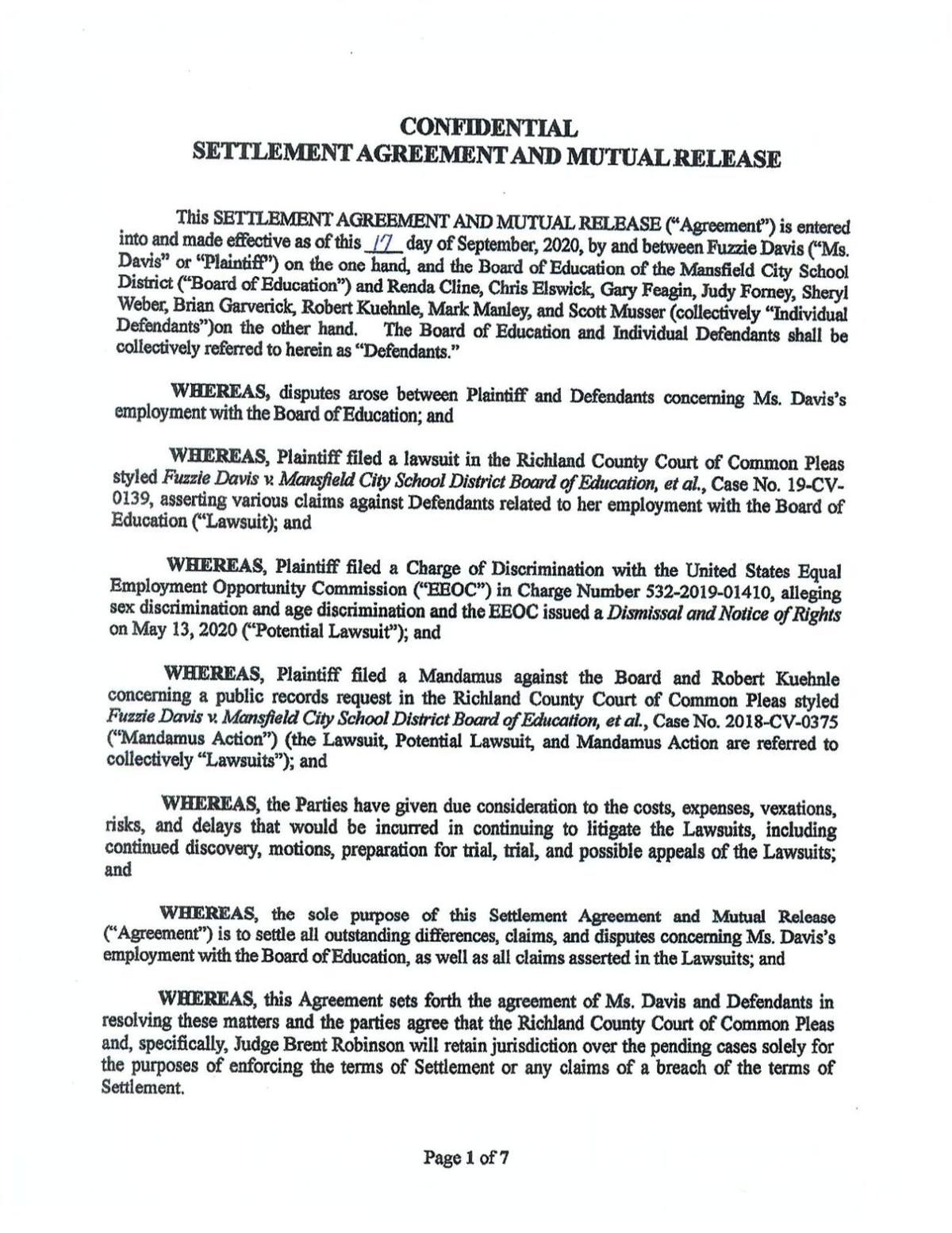 Davis also agreed not to seek reinstatement or future employment with the district after that date. The agreement clarified her resignation was not an admission of guilt.

Both parties were released from liability and agreed not to pursue further litigation. Davis agreed to dismiss with prejudice two active cases against the school district.

Davis, the former assistant principal at Mansfield Senior High School, sued the district in March 2019, four months after referee R. Lee Shepherd ruled she had been wrongfully terminated in April 2018.

Davis’ termination was based on claims by district officials that she didn't properly report a sexually explicit conversation between a teacher and a student in January 2018.

In his 52-page decision, Robinson ordered the Mansfield City School District to reinstate Davis and "make full restitution for all lost past and future wages and benefits from the date of her unpaid suspension.”

In his ruling, Robinson said the facts in the record support the plaintiff's testimony that Davis did not have a reasonable suspicion that reportable child abuse had occurred.

Columbus attorney Beverly Farlow, who represented Davis, said in May Davis was terminated in April 2018, which means the plaintiff is entitled to more than two years of back pay, health insurance benefits and state retirement funding.

MANSFIELD -- After months of lengthy executive sessions, the Mansfield City Schools board of education authorized a settlement agreement with …