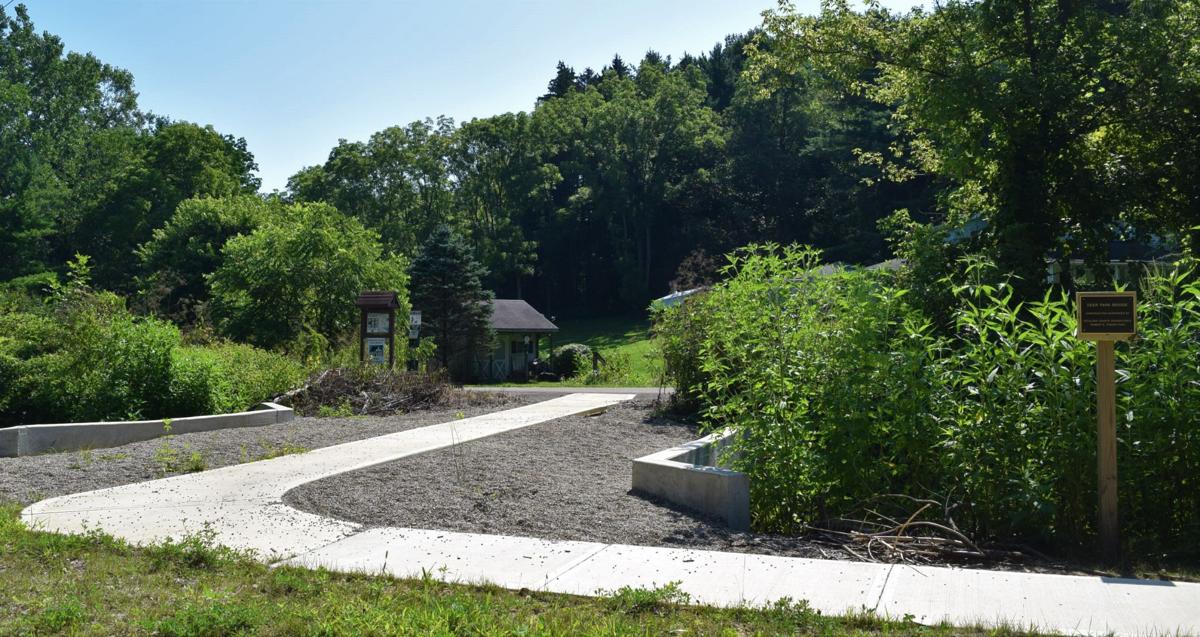 This new path and bridge at Deer Park along Home Road on Mansfield's southwest side connects the park to the B&O Bike Trail, north of Lexington. The project was completed this summer with donations from the Richland County Foundation. 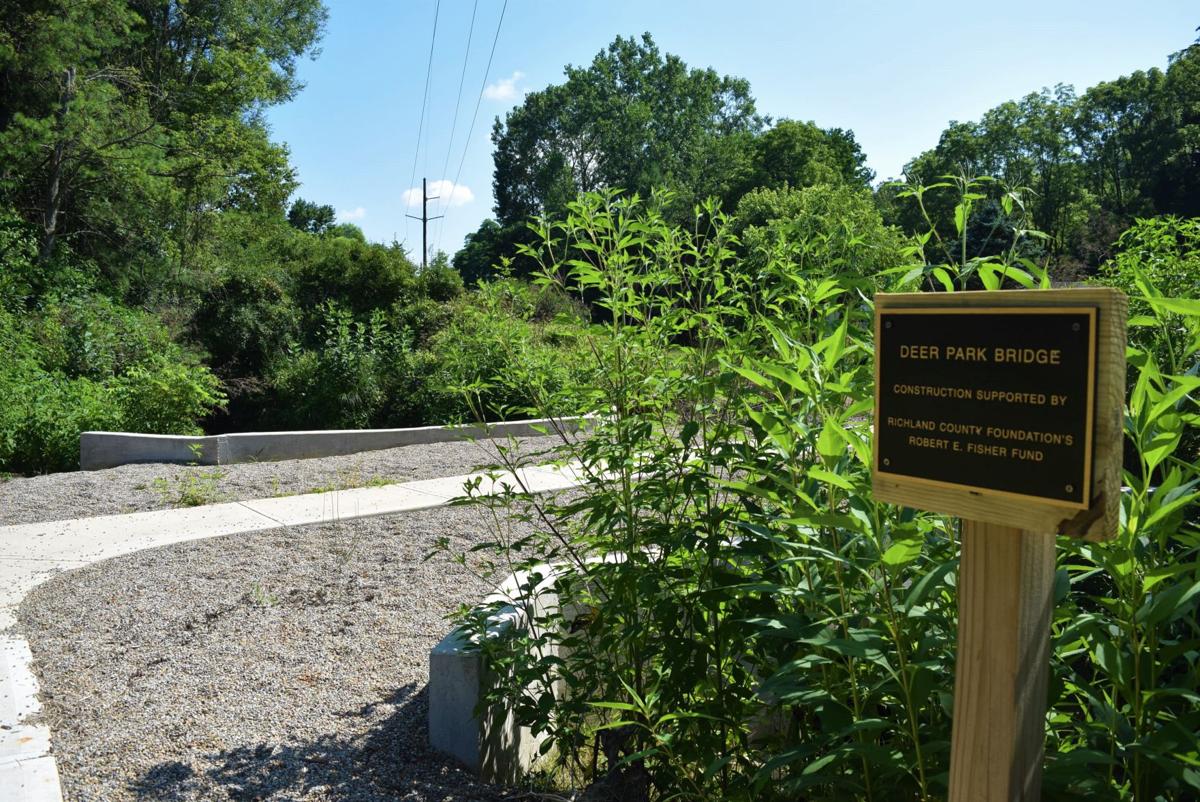 Funds for the new path and bridge at Deer Park along Home Road in Mansfield were provided by the Richland County Foundation's Robert E. Fisher Fund.

Children enjoy hula hoops during a recent "Disco" themed Party in the Park at Prospect Park, put on by the Mansfield Parks & Recreation Department. 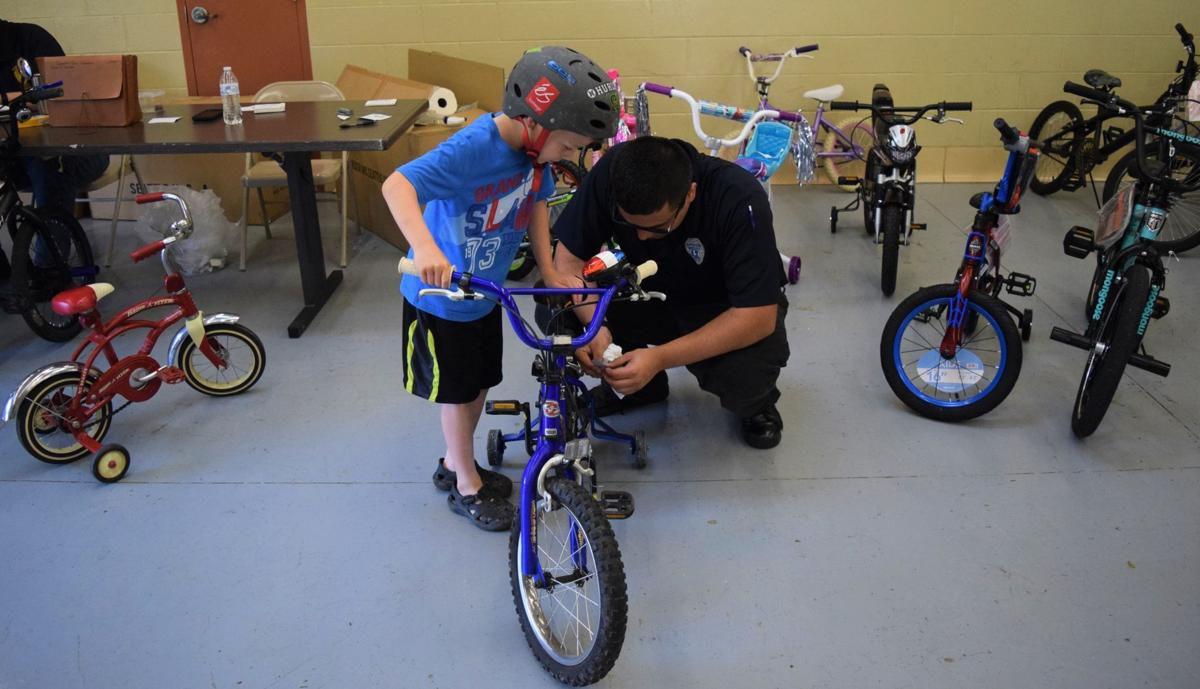 MANSFIELD -- Mark Abrams had two goals for 2019 -- increase activities for families in the Mansfield City Parks and to build a new skate park.

Mission accomplished on the former ... and to-be-determined on the latter.

"In terms of construction, we thought the big project was going to be the skate park (in Maple Lake Park)," the city parks and recreation manager told Richland Source earlier this week. "We kind of put all of our eggs into that basket."

Mansfield City Council discussed the proposed $135,000-$150,000 skate park this spring and summer. Despite reluctance from some council members and residents who live in that area, it was supposed to be discussed again by council during August.

However, Abrams pulled the proposal until it could become part of a master plan for the city's 30 parks that may be done by the end of the year.

Abrams said he saved about $40,000 for each of the last five years to help pay for the project. Council approved part of the plan for Maple Lake Park, appropriating about $55,000 to replace playground equipment there.

The parks department, which has seven full-time employees (including Abrams), depends solely on $815,000 annually generated through the PRIDE tax passed by city voters in 2014. Aside from grants and donations, that's the department's only revenue.

Of that, Abrams estimates $515,000 (64 percent) is spent each year on salaries, mowing and park maintenance, including four workers who spend their time directly working in the parks.

"(That amount) is if we don't have to replace anything major," he said.

ACTIVITIES, PLEASE: "Last year, what we got was a lot of clamoring from the public about the need for more activities in the parks. I hired Angel Ross-Taylor to be the recreation coordinator and she started last July," Abrams said.

"She was tasked with coming up with events and things we could do throughout the summer. That's really what we have focused on this year, along with the hopes we could get the skate park done."

The department offered a twice-weekly summer parks program for children ages 5 to 12, operating on Tuesdays and Thursday from 1 to 4 p.m.

"Traditional things like kickball, etc., anything to keep them away from electronics and get them out on a playground," Abrams said.

That attracted an average of about 75 children per day.

"Last year, we did it five days a week, six hours a day, and that was just too long. It was hard to staff and hard to keep kids occupied that long. This year seemed to work out better," he said.

The department also operated a "Hooked on Fishing" campaign for youngsters this summer, a program funded by the Richland County Foundation.

It also offered a free "Movies in the Park" series this summer, an effort that was spearheaded by community volunteer Brenda Vaughn. One more movie is planned, scheduled for Aug. 30 at 7:30 p.m. when "Dumbo" will be shown at South Park.

Abrams said the movies have averaged 30 to 40 people each time, including one at the Liberty Park pool, which the city operates via contract with the Mansfield Area Y.

"It's not the 200 people we were shooting for, but for the first time in the history of parks to do movies, I didn't think that was too bad. I think people will get more used to it if we keep it going," Abrams said.

The department has also offered three Parties in the Parks on Friday nights with themed events at Prospect, North Lake and Johns parks.

There have also been four concerts at South Park this summer, with music by performers in the the American Musicians Federation.

Last weekend, there was a "pop-up splash pad" at North Lake Park with the assistance of the Mansfield Fire Department and its firefighters.

The department teamed with the Mansfield Police Department and others in May for the "Bike-A-Palooza" event at North Lake Park.

"We have had a lot of activities in the parks this summer," Abrams said.

A couple of events still upcoming are the second annual Fall Family Festival on Sept. 13 at the Ocie Hill Neighborhood Center and a Food Truck Festival on Oct. 11 at South Park.

REPAIR, CONSTRUCTION: There have also been construction and repair projects this year, including new pumps at Vasbinder Fountain in Central Park, after the old pumps failed.

"I don't know how many benches or tables we repaired this year, but it's been quite a few," Abrams said.

The department also purchased a new trash compactor truck at a cost of about $70,000.

Abrams said he doesn't think there has been an increase in park vandalism, but admits his department does spend a lot of time cleaning it up.

"Last year alone, we spent about $4,000 on just replacing windows at Prospect Park in the pavilion," he said.

A path and bridge connecting Deer Run Park, off of Home Road, to the B&O Bike Trail was also completed this summer, using funds donated by the Richland County Foundation.

"Since we didn't get the skate park done, we are moving that back to next year, I am looking to re-appropriate some money to do some playground improvements this fall before winter comes," Abrams said. "We are getting near the end of the year. I think we will have some carryover and we will likely start the budget process with the city in the next few weeks."

MANSFIELD -- Mansfield City Council on Tuesday is scheduled to consider a $100,000 proposal to replace playgrounds at two city parks.

Kenny McCall Jr. was the victim of a shooting on New Year's Day in downtown Mansfield. But he maintains a positive outlook on life.

The new Panda Express in Ontario will celebrate its grand opening Friday with a charity fundraiser, donating 50 percent of its proceeds to Ontario Youth Sports.

Phase one of a performance audit of the Ohio Department of Transportation has found $21 million in potential savings, according to state Auditor Keith Faber.

A Shelby construction company has submitted the apparent low bid for a project to enclose for security reasons the open canopy at the Richland County Juvenile Court entrance.

Telephone scammers may send faked documents by email to convince victims to comply with their demands, according to a new warning from the Inspector General of Social Security Gail S. Ennis.

The Mansfield Post of the State Highway Patrol may have your generator.

The Richland County Land Bank's board of directors Wednesday authorized a lawsuit against a Sandusky-based non-profit organization.

Sarah Goodwill Humphrey has been chosen to be the next Richland Public Health commissioner, the agency announced in an e-mail Thursday morning.