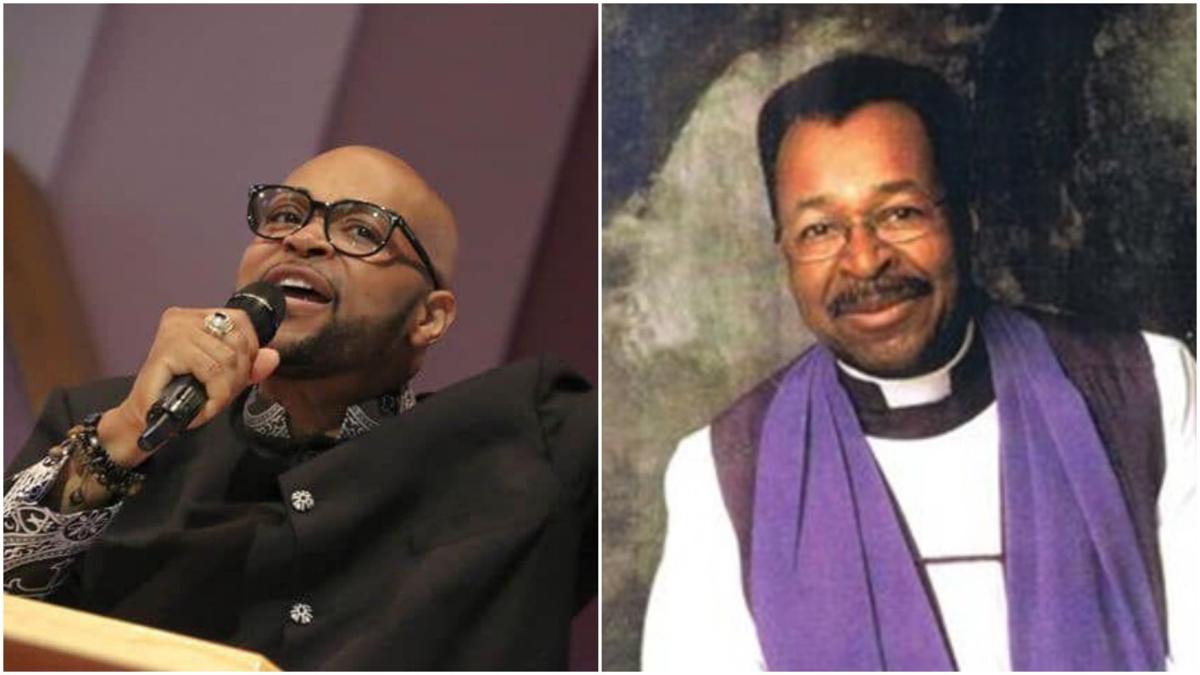 A section of Chester Avenue in Mansfield was dedicated Friday as Walter Jordan Drive, in honor of Dr. Walter Jordan II (left) and his father, Bishop Walter Jordan. The honor was unanimously approved by Mansfield City Council earlier this year. 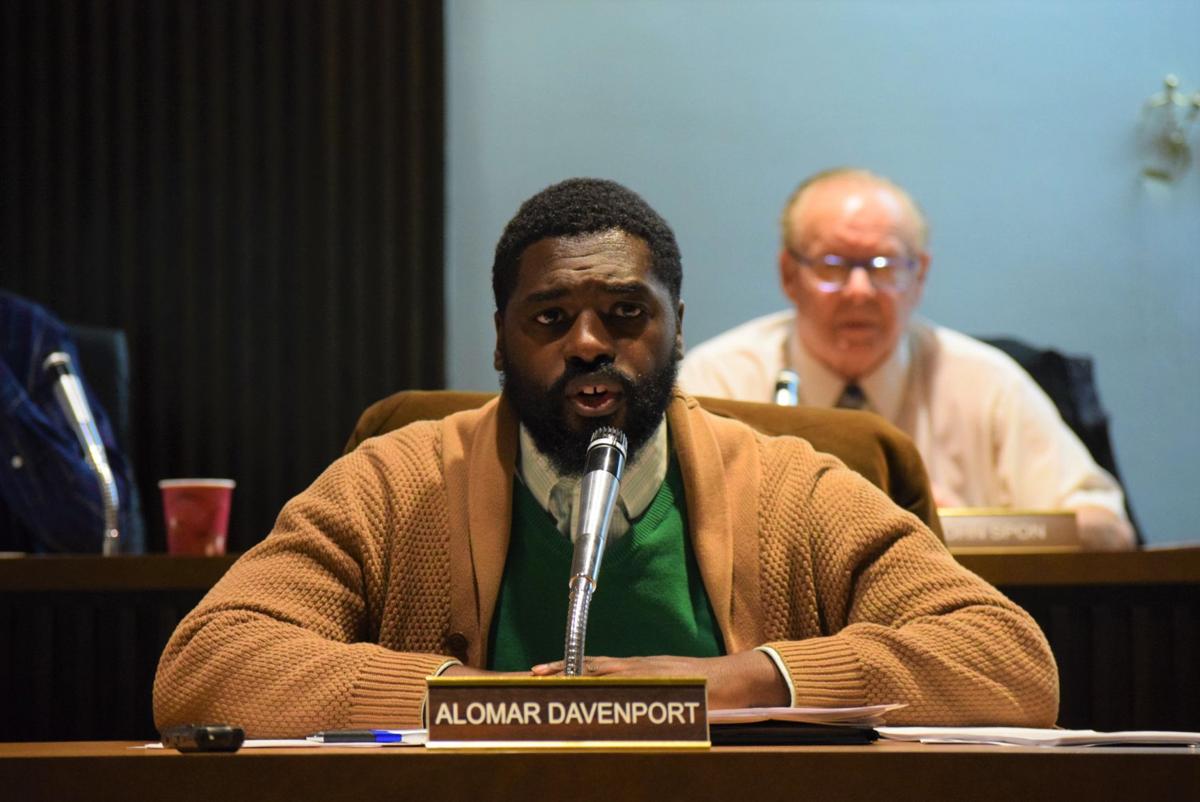 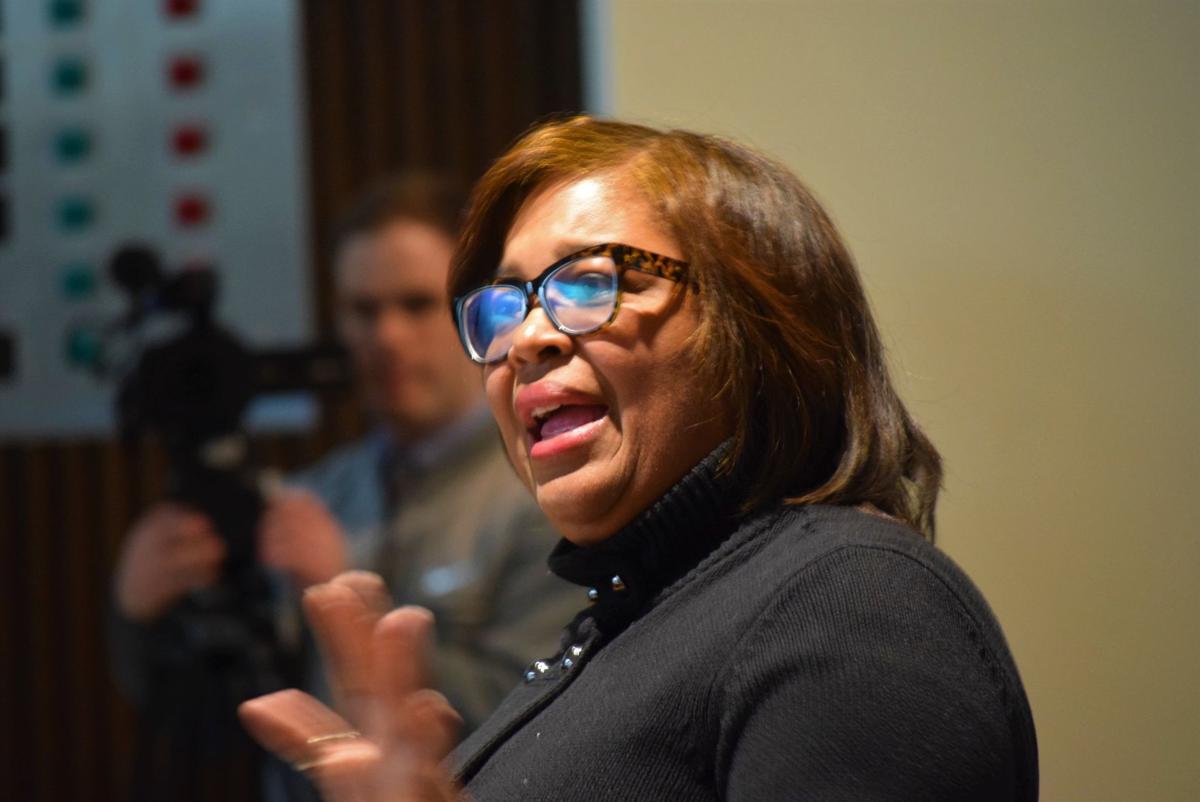 Addi Jordan speaks to Mansfield City Council on Tuesday evening about honoring her late father and brother by renaming a section of Chester Avenue into Walter Jordan Drive.

MANSFIELD -- Bishop Walter Earl Jordan and his son, Dr. Walter Jordan Jr., spent more than half a century serving the needs of the people in Mansfield.

On Tuesday night, City Council ensured their names would live forever near the church both men pastored.

At the request of 4th Ward Councilman Alomar Davenport, and after several residents spoke in favor of it, City Council voted unanimously to rename a portion of Chester Avenue to Walter Jordan Drive.

"While I am the author of this bill, this (proposal) came through the community," Davenport said. "Dr. Jordan was an inspiration of mine, so when it did come, I was fully on board with what we are trying to do here."

"Dr. Jordan was a light to the community," Davenport said. "I do recognize that some of us on council, until his passing, may not have known the contributions and the impact Dr. Jordan and Bishop Jordan had in the community."

Davenport said he invited people to address council about the Jordans so that council members could better understand the need to honor the men.

"When they do come up, I am asking everyone to open up their hearts and their minds to what is being said," Davenport said.

One of those who spoke passionately was Addi Jordan, who said her father led the effort to build the Oasis of Love Church and that her brother expanded its efforts in the community.

"Because of (my father's) visionary leadership, he rallied the congregants together and this (building) task was accomplished with no mortgage, interest free. This church is a staple of our community," Addi Jordan said.

After 40 years as pastor, Bishop Jordan retired and left the church in the hands of his son, Dr. Walter Jordan II.

A few years later, she said, her brother founded Oasis Charities. He worked with several community agencies, including a re-entry program to help inmates get back on their feet after being released from prison.

"Not only after their release, but he and others from the church would go to various prisons around the state to visit and minister to inmates," she said.

He collaborated on the block parties with many other community organizations, such as the North End Community Improvement Collaborative, the Mansfield Police Department, Mothers Against Violence, UMADOAP and the Ocie Hill Community Center.

"This event has touched thousands of lives in our community," Addi Jordan said.

"Both father and son shared the love of Christ not only through scripture on Sunday morning, but by working to meet the needs of the community Monday through Sunday," she said.

"This father and son were the senior pastors of the Greater St. John Church of God in Christ/Oasis of Love for over half a century," she said.

Another proponent of the name change was Pastor Aaron Williams Jr. from Maddox Memorial Church of God in Christ in Mansfield. He said Bishop Jordan was like a spiritual father to him.

Williams said Dr. Jordan was his age, "however he has done things I can only dream about to this day," referencing the block parties and food programs Jordan established for disadvantaged youth and adults.

"Feeding people for free ... Hispanics, African-Americans, Caucasians .... all walks of life have been taken care of by these two men," Williams said.

Pastor Mark Cobb from the Providence Baptist Church in Mansfield said both Jordans were community gentlemen.

He said Bishop Jordan was a spiritual mentor and a voice of creative balance.

"He showed us you could be a great pastor, a great father and a great husband all at the same time," Cobb said.

"I never had anyone in my life believe in me until I met him," Miller said.

After the meeting, Addi Jordan said the honor meant a lot to her family and the entire community.

"I think it was was absolutely amazing," she said of the City Council vote. "I think it's an honor because they served the community that the community would recognize them like this. I think its great.

"It would have meant a lot to them. They were both humble guys so they probably would have said, 'Don't do all this fuss about me.' But they would be pleased," Addi Jordan said.

MANSFIELD -- Public input has resulted in several changes in the plan to convert Diamond Street to two-way traffic through the downtown.