The 7 p.m. caucus and council sessions will be conducted remotely by council members and will be streamed live on the city's Facebook page.

Members of the public with comments or questions can email them to citycouncil@ci.mansfield.oh.us. Questions will be also be accepted at the beginning of the council legislative session, which is when emailed comments and questions will also be read.

A finance committee meeting at 6:30 p.m. will precede the council session. It will also be livestreamed on the city's Facebook page. 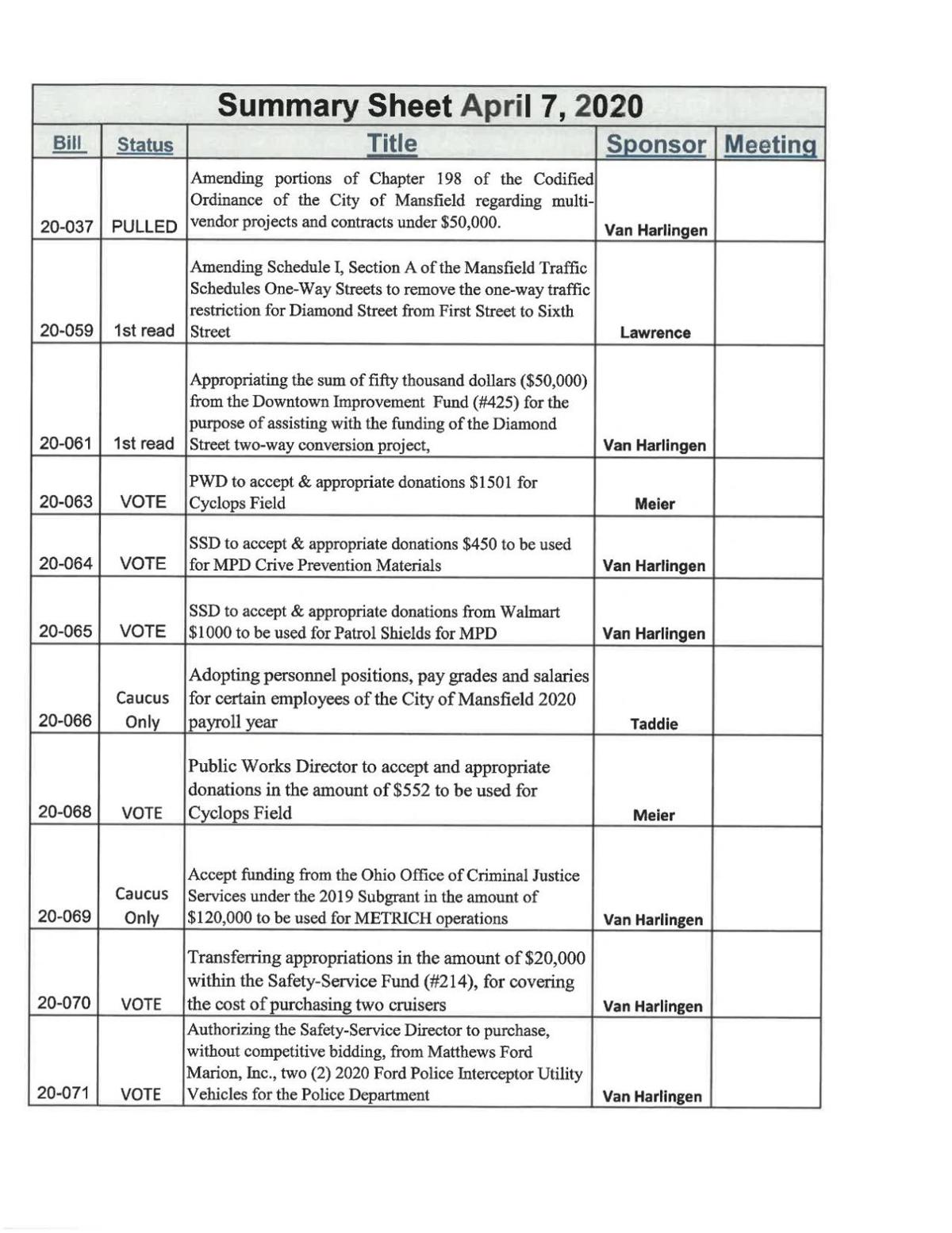 Council is also expected to give first reading to a proposal to convert Diamond Street to two-way traffic from First Street to Sixth Street. It will also give a first read to a proposal to appropriate $50,000 from the downtown improvement fund to help pay for the proposed $400,000 project.

Council is expected to vote on:

-- vote on acceptance of a $1,000 donation from Walmart to be used to buy patrol shields for the police division.

-- vote on a proposal to purchase two 2020 Ford Police Interceptor utility vehicles from Matthews Ford in Marion at a cost not to exceed $118,626.32. Council will also vote on an appropriation of $20,000 from the safety-service fund to help pay for the vehicles.

-- vote to temporarily lease .62 acres of Hamilton Park to American Transmissions Systems, Inc., which will work in conjunction with First Energy during the U.S. 30 improvement project. The lease will be from April 15 to July 30.

-- vote on a proposal to transfer 14 parcels of land to the Richland County Land Bank "that no longer have a valid public purpose."

It doesn't appear federal money from the 2020 federal HOME Investment Partnerships Program will be used for an affordable rental housing project on the north end or a similar project for senior citizens near OhioHealth Mansfield Hospital.