On Tuesday, Mansfield City Council is scheduled to vote on proposed legislation that would honor the former International Boxing Federation light-heavyweight champion of the world.

The plan, being put forth by 4th Ward Councilman Alomar Davenport is to add the name Prince Charles Williams Street to Harker Street between Bowman and Springmill streets.

The 58-year-old Williams, whose first professional fight was a loss to U.S. Olympian Henry Bunch in 1978, rose through the 175-pound ranks and became the IBF world champ with an upset TKO win against Bobby Czyz in 1987 in Las Vegas.

In that fight, Williams recovered from a third-round knockdown and pounded the heralded New Jersey fighter into submission. Williams earned the title when Czyz couldn't answer the bell to start the 10th round.

A Mansfield Senior product, Williams successfully defended his title against eight boxers, including a rematch against Czyz, before losing a unanimous decision to German Henry Maske in 1993 in the challenger's home country.

Williams continued his career before retiring in 1996 after a second-round KO of Chris Vernon in France. Williams finished with a 37-7-3 record, including 28 knockouts. 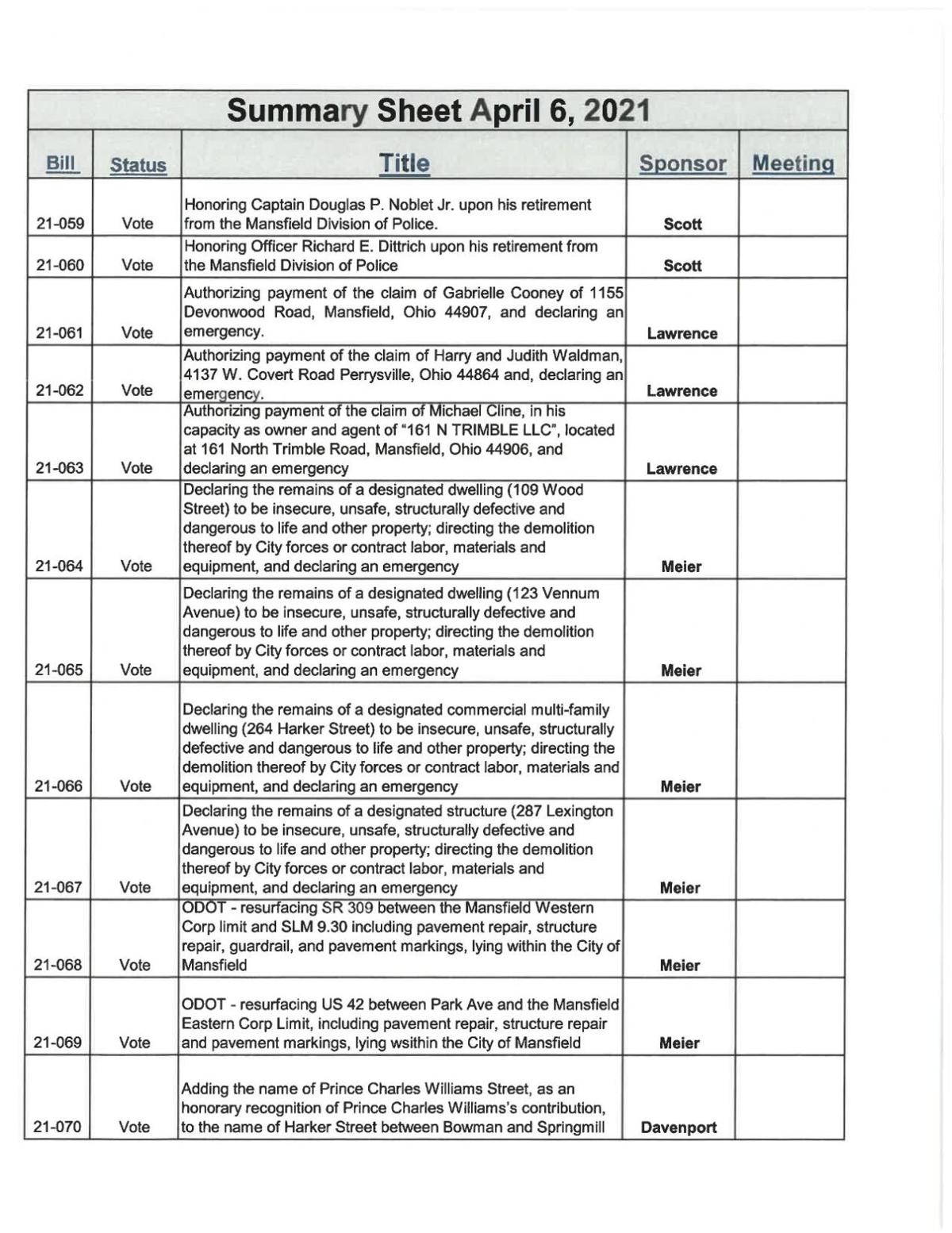 Among other actions Tuesday, City Council is expected to:

-- vote to accept $22 million in federal funds through the American Rescue Plan Act of 2021. The city is likely to receive half the money in May and the second half in May 2022. The city has until the end of 2024 to expend the money.

-- vote to authorize a $1,600 payment to Gabrielle Cooney, 1155 Devonwood Road, for damages related to a sewer backup claim in November 2020.

--vote to authorize an $870 payment to Harry and Judith Waldman, 4137 W. Covert Road, Perrysville, for flood damage at their rental properties at 224 and 226 West Third Street in August and September 2020.

Joseph Parilla is clear in his advice when it comes to how north central Ohio governments should spend American Rescue Plan funds: Do it in collaboration with others.