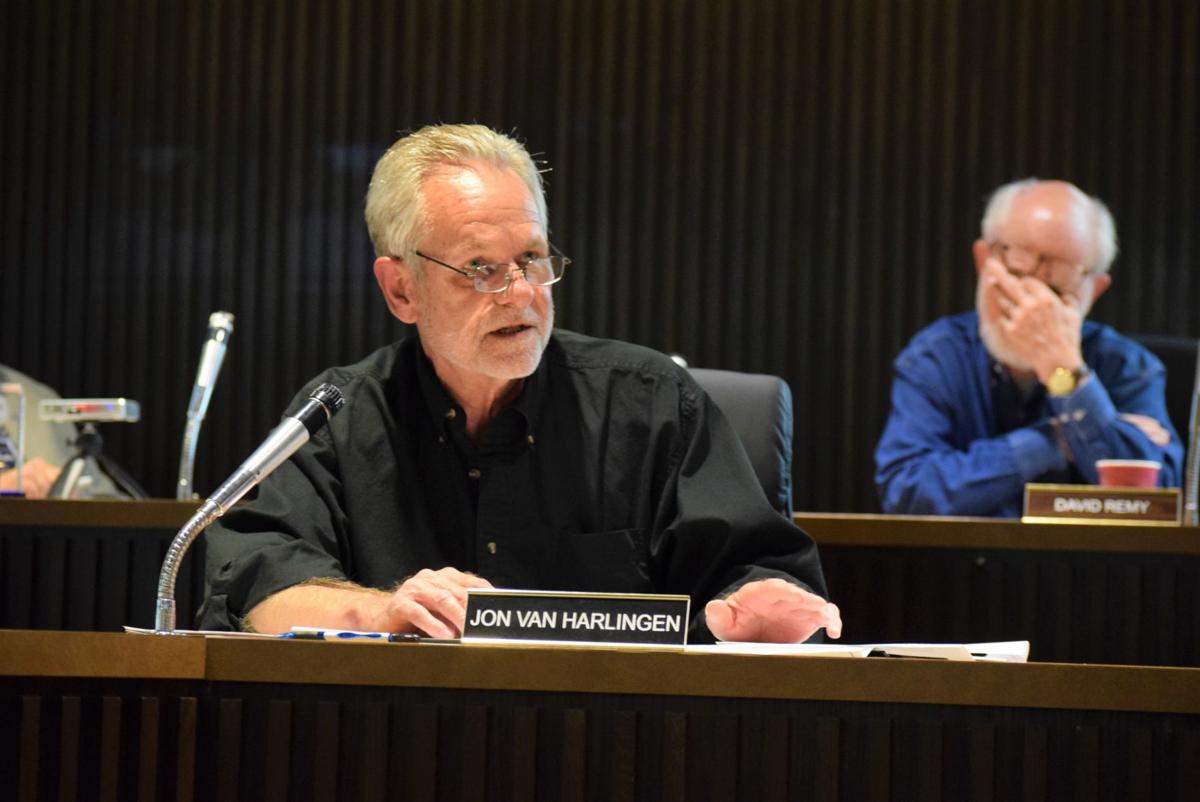 Mansfield City Council 3rd Ward representative Jon Van Harlingen, who chairs the council's finance committee, came up with an idea Tuesday evening that allowed for $25,000 in funding for design work on a new skate park in the city. 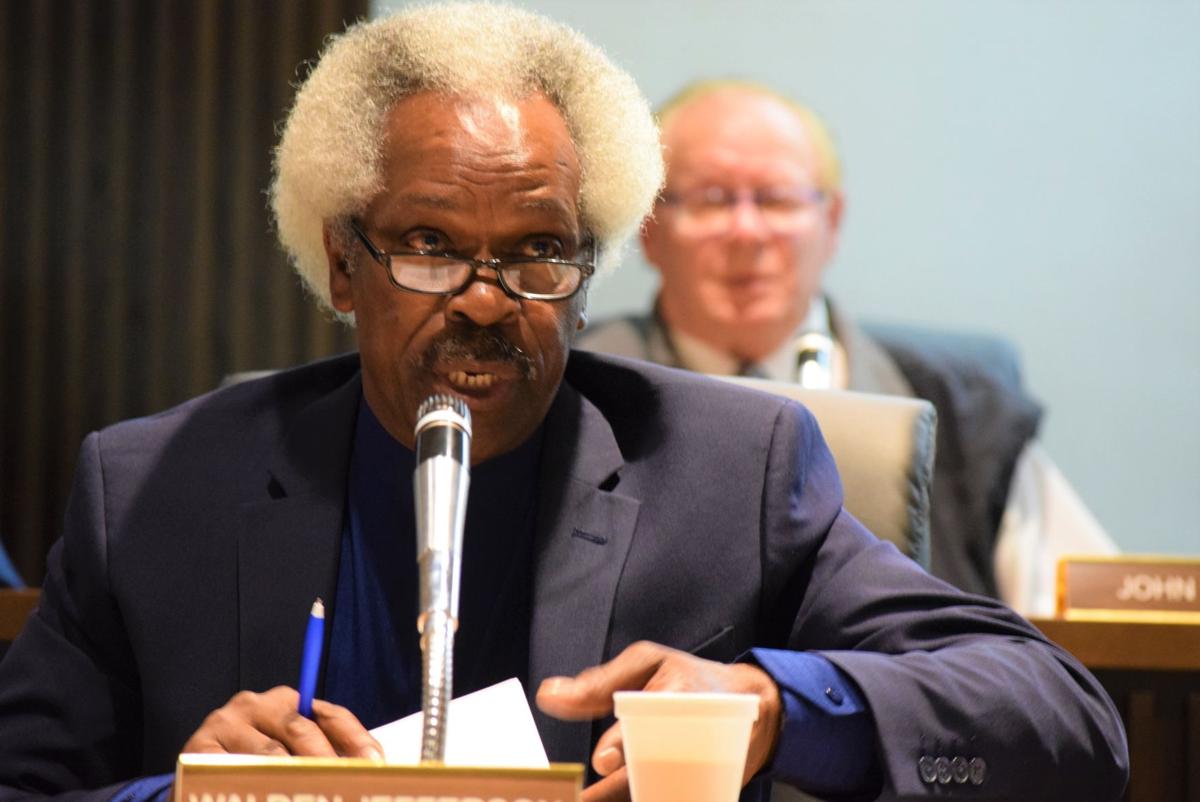 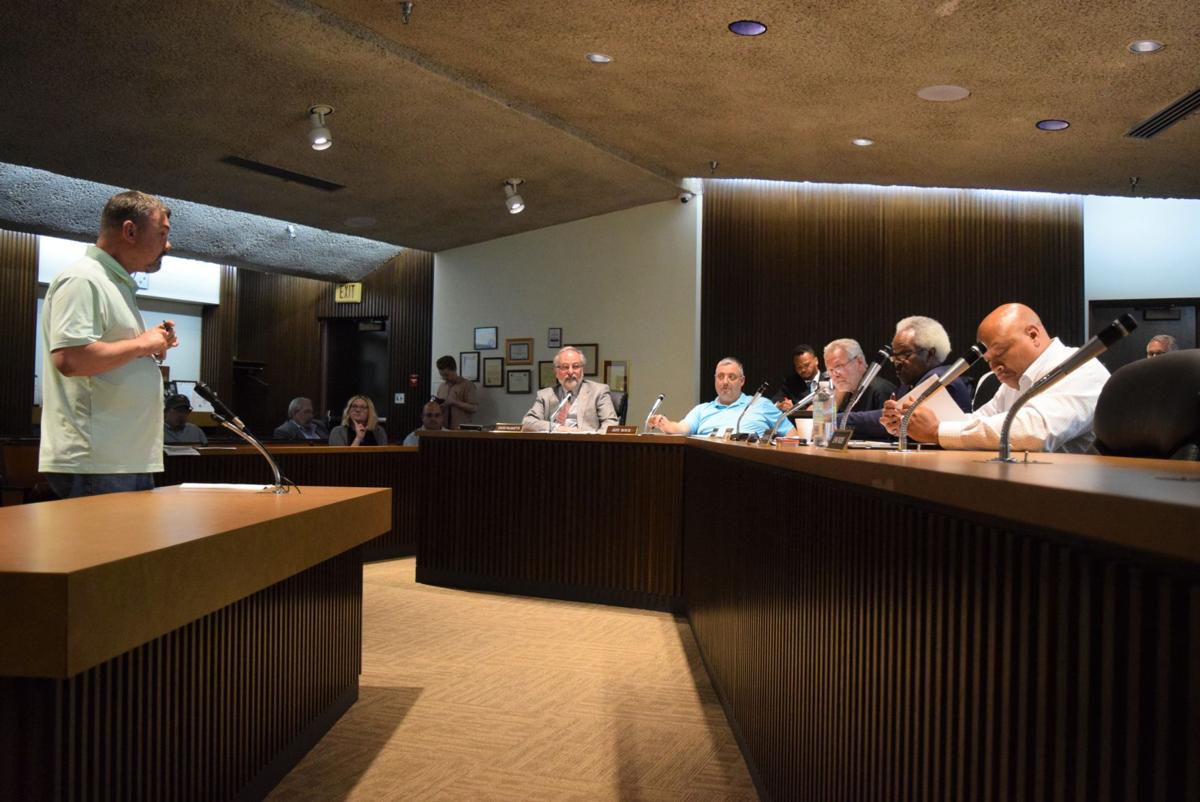 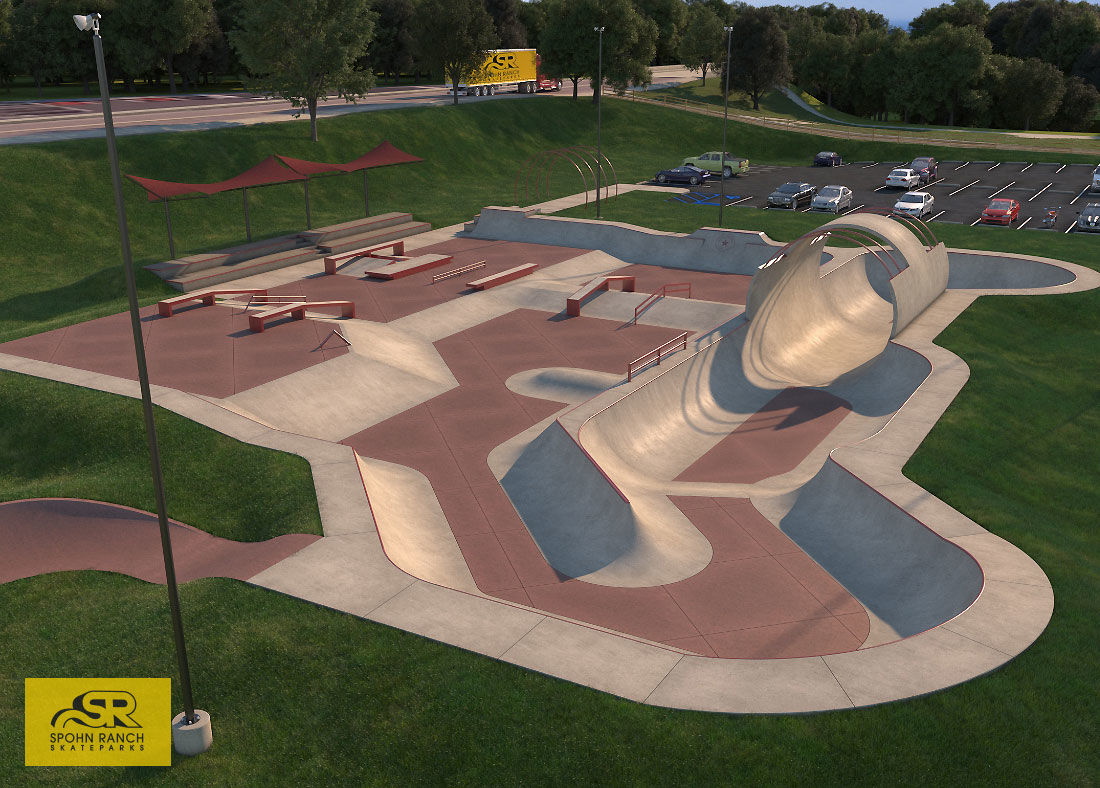 Above is the design being used to construct a new skate park in Newark, Ohio, by Spohn Ranch Skateparks. The same company will design a skate park for Maple Lake Park in Mansfield, though the plans are still being developed.

MANSFIELD -- Mansfield City Council appropriated $25,000 on Tuesday evening to pay for the design, engineering and cost estimate for a new skate park at Maple Lark Park.

The decision, which came after a lengthy parks committee meeting and council caucus discussion (which included four residents speaking on behalf of the skate park), came on a suggestion by Finance Committee Chairman Jon Van Harlingen.

No one on council expressed opposition to the new skate park, though there was discussion over which committee should be handling the proposal (parks or finance), lack of design plans and concerns over the city's liability if such a park was constructed.

Abrams said his office is working with Spohn Ranch Skateparks in California, a company that has designed such parks around the country. The firm is currently building one in Newark, Ohio, in Licking County.

The company was founded by Aaron Spohn, who helped launch skate parks into the mainstream when he partnered with ESPN to develop the X-Games.

Local residents Aurelio Diaz, Victoria Hoefler, Michael Frank and Gary Smith all urged council to approve the plan, which they said would provide greater opportunities for young people in the community.

Mansfield hasn't had a skate park since an old one was closed years ago at North Lake Park.

"The old one was made out of wood," Frank said. "It rotted. But we were there until it rotted."

Funds for the project will come from the city's PRIDE tax, first approved by voters in 2014 and renewed in 2017. It generates about $3.7 million annually, with 50 percent going to the police and fire departments, 22 percent to parks and recreation, 20 percent to building demolition and eight percent to lighting.

Jefferson and 5th Ward Councilman Jason Lawrence both expressed concerns over appropriating the funds with no designs to review and no answers as to the city's liability risks for those using the park.

Abrams said his department has saved the money in its budget since the PRIDE tax was passed and needed the funds appropriated to allow the city to get Spohn Ranch to come up with designs, plans and cost estimates.

Abrams said the park, which will be made of concrete, could be done by this fall. If not, then by the spring of 2020. It could be used by skateboarders and also bicycles, he said.

It appeared the entire effort would be delayed to allow for two or three council readings and stretch into August, while more public input was sought and Abrams could try to obtain answers to the questions.

After lengthy discussion, Van Harlingen, who represents the 3rd Ward, suggested amending the proposal to $25,000 to allow for the design work to proceed. Once that work is complete, Abrams could return to council and the remainder of the project could be considered for funding.

"The money is available for this project," Van Harlingen said.

That proposal satisfied all council members, who then voted unanimously to support the amended proposal.

In other action on Tuesday, City Council:

-- authorized the public works director to enter into a contract to construct a stormwater management facility at the Airport West Industrial Park. Tim Bowersock, the city's economic development director, said the facility would meet EPA requirements and also make the park more attractive to potential businesses.

Bowersock said Old Dominion Freight Line is ready to break ground on a new $7 million, 50-bay facility on 20 acres it has purchased at the industrial park. He said the company would like to have the site, and its 60 jobs, operational by the end of the year. The city would like to have stormwater management work complete by then, also.

-- Approved a $6,250 payment to Cybergenetics, the city's half of the contract with the company. The Richland County Prosecutor's Office is paying the other half to the DNA evidence company.

-- Accepted a $1,000 grant from the Richland County Youth & Family Council to be used by the Parks & Recreation Department on its "Family Parties in the Park" program.

Mansfield City Council is expected to vote Tuesday night on a $200,000 plan to build a skate park and add playground equipment at Maple Lark Park on the city's west side.