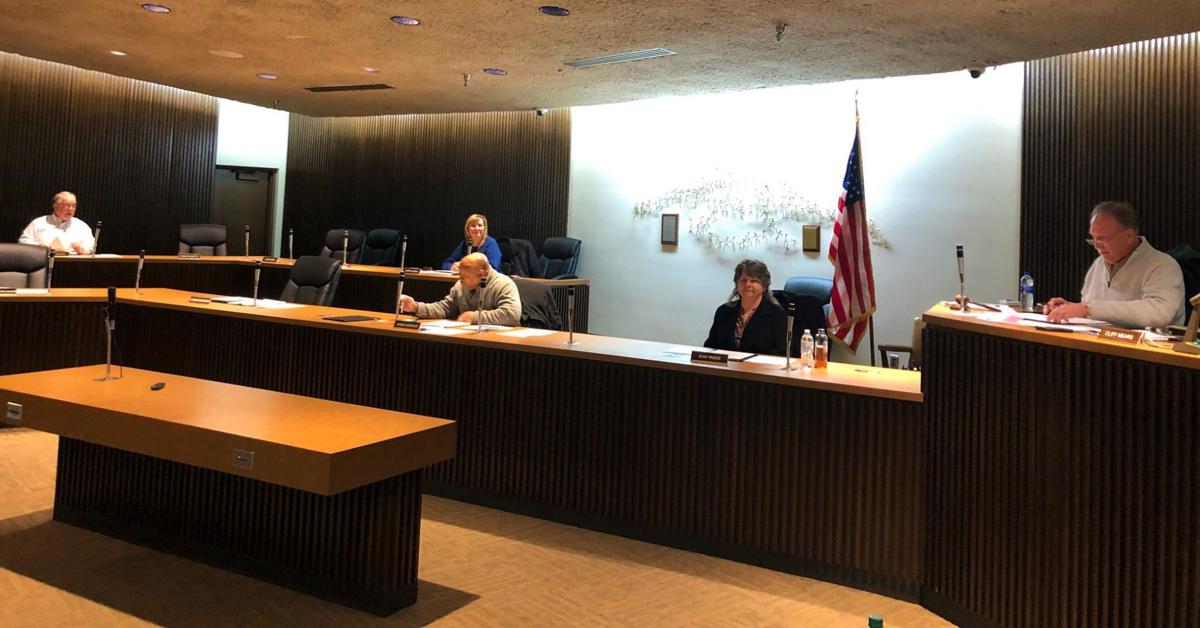 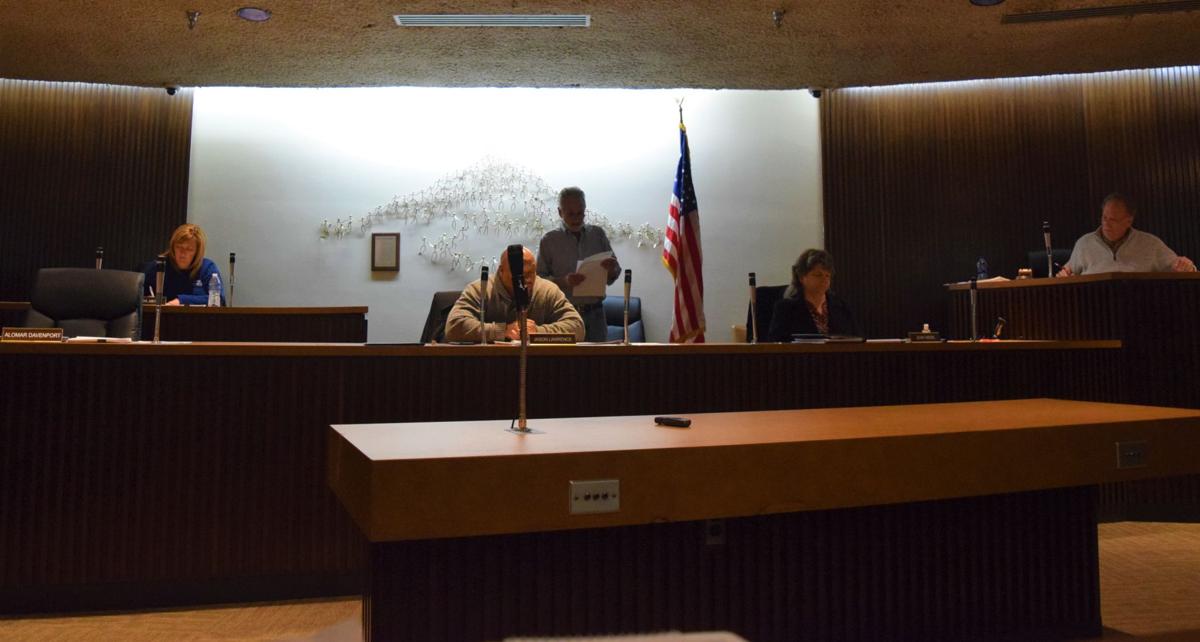 The city estimates general fund revenue of $26.4 million, resulting in a $4.1 million deficit that will eat into the city's $5.6 million carryover from 2019. There are no capital funds in the budget.

There were only two pieces of legislation -- the final budget that had to be approved by the end of March as required by state law and approval of a payment of $51,394.85 to Allied Technical Services for work at the city's water treatment plant on Dec. 31.

The passage of both measures came during a meeting closed to the public based upon concerns over the COVID-19 outbreak.

Council President Cliff Mears on Tuesday announced the meeting would instead be live-streamed on the city's Facebook page. That live-stream worked, though there were concerns from some viewers they could not hear portions of the discussion.

Falquette, Burns and 4th Ward Councilman Alomar Davenport participated in the meeting via conference call, having self-quarantined because of COVID-19 exposure concerns. None of the three are ill.

"We do not have a whole bunch of money floating around," he said. "It's a tight budget."

Van Harlingen proposed amending the budget to pull back the $100,000 in unappropriated funds designated for Downtown Mansfield Inc. and Destination Mansfield-Richland County and consider using it to purchase one or more police cruisers.

The two organizations still split half of the city's bed tax revenue, estimated to be worth about $71,250 each in 2020.

Destination Mansfield-Richland County receives all occupancy tax from county hotels and splits half the revenue from Mansfield hotels with the city and Downtown Mansfield Inc.

At the March 2 council finance committee meeting, police Chief Keith Porch said his department needs new cruisers, among other things. He said the average mileage on the department's 25 marked patrol vehicles is 93,745 and that more than half of the vehicles have more than 100,000 miles.

The chief said nine or 10 of the vehicles should be replaced, but six new cruisers are an absolute need in 2020. The average vehicle in his fleet is seven years old and the oldest was made in 2005, the chief said.

At that same meeting, Mansfield Finance Director Linn Steward cautioned council members the city was not living within its means. She told council that the city, which emerged from five years of state-ordered fiscal emergency in 2014, must again budget planned spending to match revenue.

"I say it every year. If we were budgeting our appropriations to revenue, that $5,620,000 that we are starting out with ... that could be used for capital (expenses) and one-time projects," said Steward, a Certified Public Accountant.

"We are not being fiscally responsible having our appropriations this far in the red. That's where the problem is. We are overspending. We are not staying within our means," Steward said.

Before Wednesday's meeting, members of the Fraternal Order of Police Lodge #32 gathered in the lobby, including president Mike Bammam, a retired MPD sergeant, and K-9 officer Korey Kaufman, who coordinates activities for the FOP's patrol officers.

The officers hoped to gain permission for Kaufman to be allowed into the meeting to speak to council, but that was denied because of the closed-door session.

In addition to cruisers, Kaufman said officers need other basic equipment, including shields.

"We're not not asking for millions and millions of dollars. But we need to effectively be able to do our jobs. if we can't do that, then the citizens of Mansfield suffer. They paid for this with their taxes," Kaufman said.

Kaufman and Bammam both said citizens have approved safety forces taxes in the past, which should be added to normal police and fire department budgets, not supplanting them.

"When you hear a police car coming, and it's not because of lights and sirens, but because its clicking, clanking and ticking so bad, that's a problem," Kaufman said.

When asked by Van Harlingen on Wednesday, Safety-Service Director Lori Cope said a new police cruiser, equipped for usage, is about $61,000.

Van Harlingen's amendment will allow the $100,000 to be used and he asked if the city administration could find another $20,000 in its budget to purchase two cruisers. Mayor Tim Theaker said they would look at the numbers.

"It's my feeling we have to take care of our own," she said. "The police department needs cruisers badly."

6th Ward Council member Jean Taddie said she was "deeply concerned" about the lack of capital spending for the safety forces and also the city's street crews.

At her request, Van Harlingen said council could receive quarterly reports on the city's revenue and expenses.

Falquette and Burns supported the amendment, though they then opposed the overall final budget.

Contacted afterward, Falquette said state guidance is for the city to set its appropriations budget at the average of the last five years.

"We exceeded it by several million. Since we use the carry-over cash to balance, there is no (money) set aside for capital expenditures. We now have have the COVID-19 (outbreak) and the likelihood is we are going to see lower income with a budget betting on continued increasing income," Falquette said.

Burns said she was concerned the budget was tight, even before the COVID-19 outbreak, the affects of which will impact the city's tax revenues.

"We now have a potential for a disaster," she said. "I worry we have gotten used to always skating by and being ok. We can't continue to do that.

"We have to trim the fat, but we have to make sure our safety forces are provided for. They need new equipment. As we go through the year and approve expenditures, I hope we are doing it from the mindset that we are taking care of the necessities before we can even get to taking care of the good," Burns said.

Mansfield City Council's meeting Wednesday night will not be open to the public, based upon concerns over the COVID-19 outbreak. The meeting will instead be live-streamed on the city's Facebook page.