Members of Mansfield City Council meet in-person on Tuesday night for the first time since March 18, 2020. The legislators have met only online for the past 13 months due to the COVID-19 pandemic. 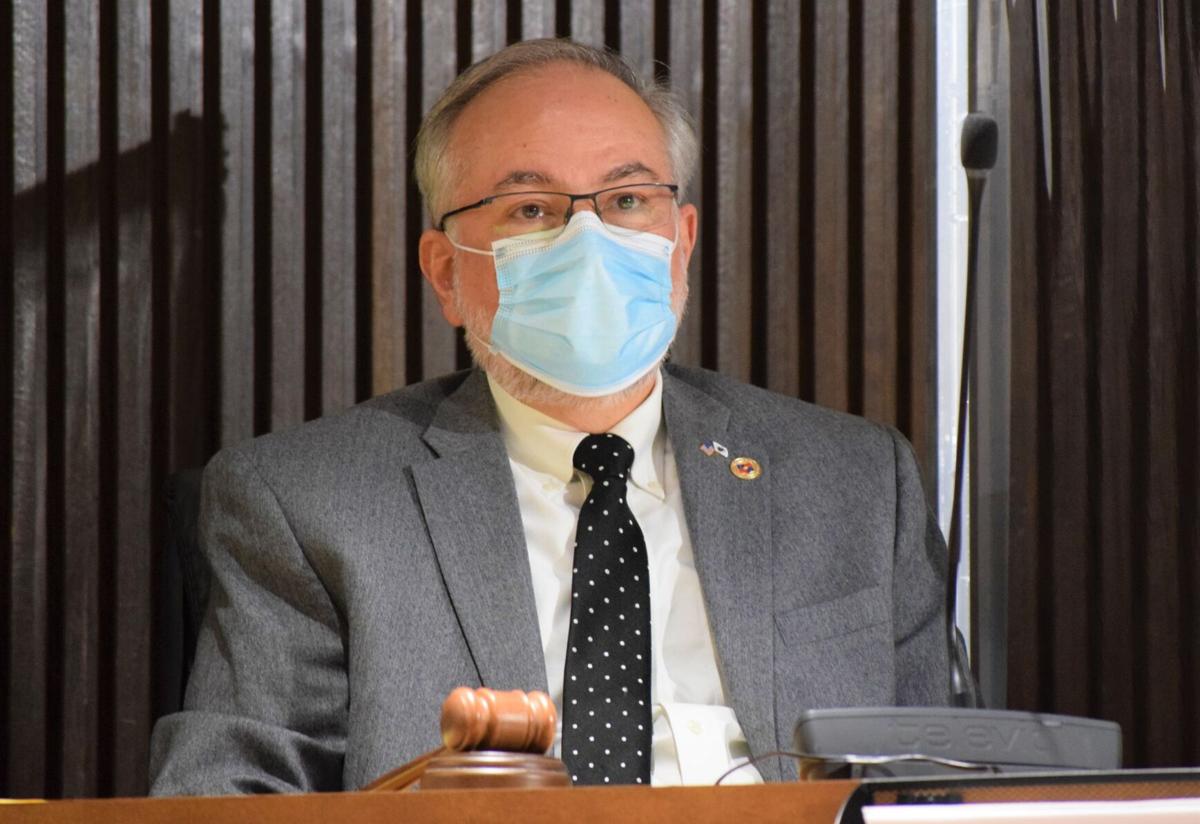 Mansfield City Council President David Falquette presides over the meeting Tuesday, the first time council has met in-person since March 2020 due to the COVID-19 pandemic. 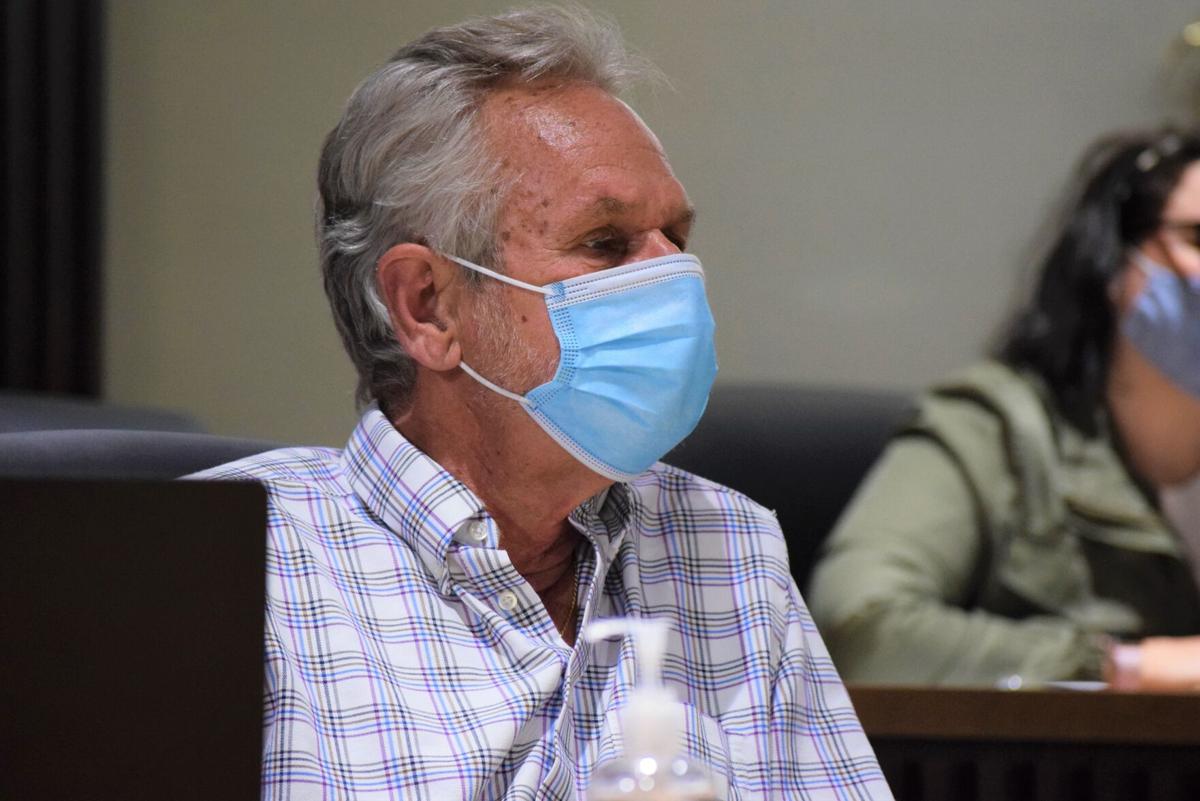 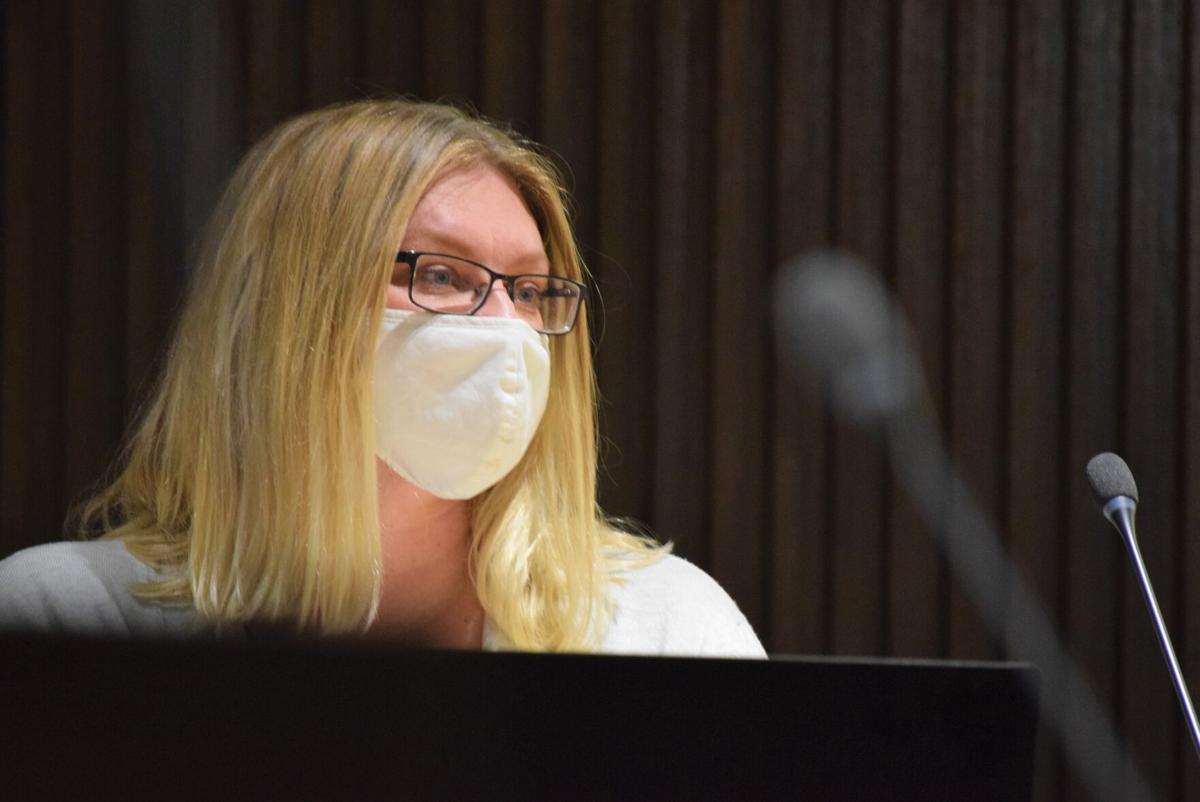 MANSFIELD -- David Falquette asked Mansfield City Council members to rise for the Pledge of Allegiance before their meeting Tuesday evening.

How is that news?

Well, the oath before the meeting marked the first time council members have met in chambers since March 18, 2020, as the COVID-19 pandemic reached Ohio.

It's so long ago that Falquette was still an at-large member of council, meaning Tuesday's session was the first time the body's president, appointed in January to replace former President Cliff Mears, had the chance to swing the gavel.

Council has conducted online-only meetings for the past 13 months, returning in a hybrid in-person/virtual session. Everyone in attendance wore a facial covering and remained socially distant during the session.

Ohio Gov. Mike DeWine had issued rules against gatherings of more than 10 people during the pandemic and Mears opted for the online only sessions, allowing residents to observe through livestreams on the city's Facebook and its own website.

Council members were given the option to attend online, an opportunity exercised by Alomar Davenport (4th Ward) and Kimberly Moton (6th Ward).

During the meeting, City Council:

-- approved a resolution encouraging Mansfield and Richland County residents who want a COVID-19 vaccine to "do so as quickly as possible." The vote was 7-0. Zader abstained, saying she was not comfortable "giving medical advice " for which she is not qualified.

Other council members said the resolution simply urges those who want the vaccine to obtain one and encourages an educational effort to remind residents where the shots can be obtained.

-- voted to transfer of $1,167.52 within the safety service fund to cover the cost of a required warranty for parking ticket equipment.

-- voted to accept a $3,000 donation from Warren Rupp Inc. to be used for the Cyclops Circle baseball/softball fields on the north side of Mansfield.

-- discussed during caucus and then gave first read of a proposed contract with the Mansfield Area Y to again operate the Liberty Park swimming pool. The contract for $35,687 from the city's parks and recreation funds calls for the city's only public pool to open May 31 and close on Aug. 8. A vote on the contract is expected May 5.

Council's next scheduled meeting, which had been planned May 4, will be delayed by one day due to the primary election.

A watery pre-pandemic issue resurfaced Tuesday night when Mansfield City Council met in person for the first time in more than a year.