She began her career with the city on April 16, 1990, as a confidential secretary in the personnel department.

To complete the program, Yerian took one two-week course per year at the National Fire Academy in Emmitsburg, Md. After each course, Yerian had to complete a research project related to the MFD within six months.

"Participating (in the training) provided an opportunity to view issues in the fire service far beyond Ohio," the resolution states. "No other fire education institution can offer such a unique curriculum that brings fire service leaders together to learn, discuss, problem-solve, and ultimately, make a difference in their community." 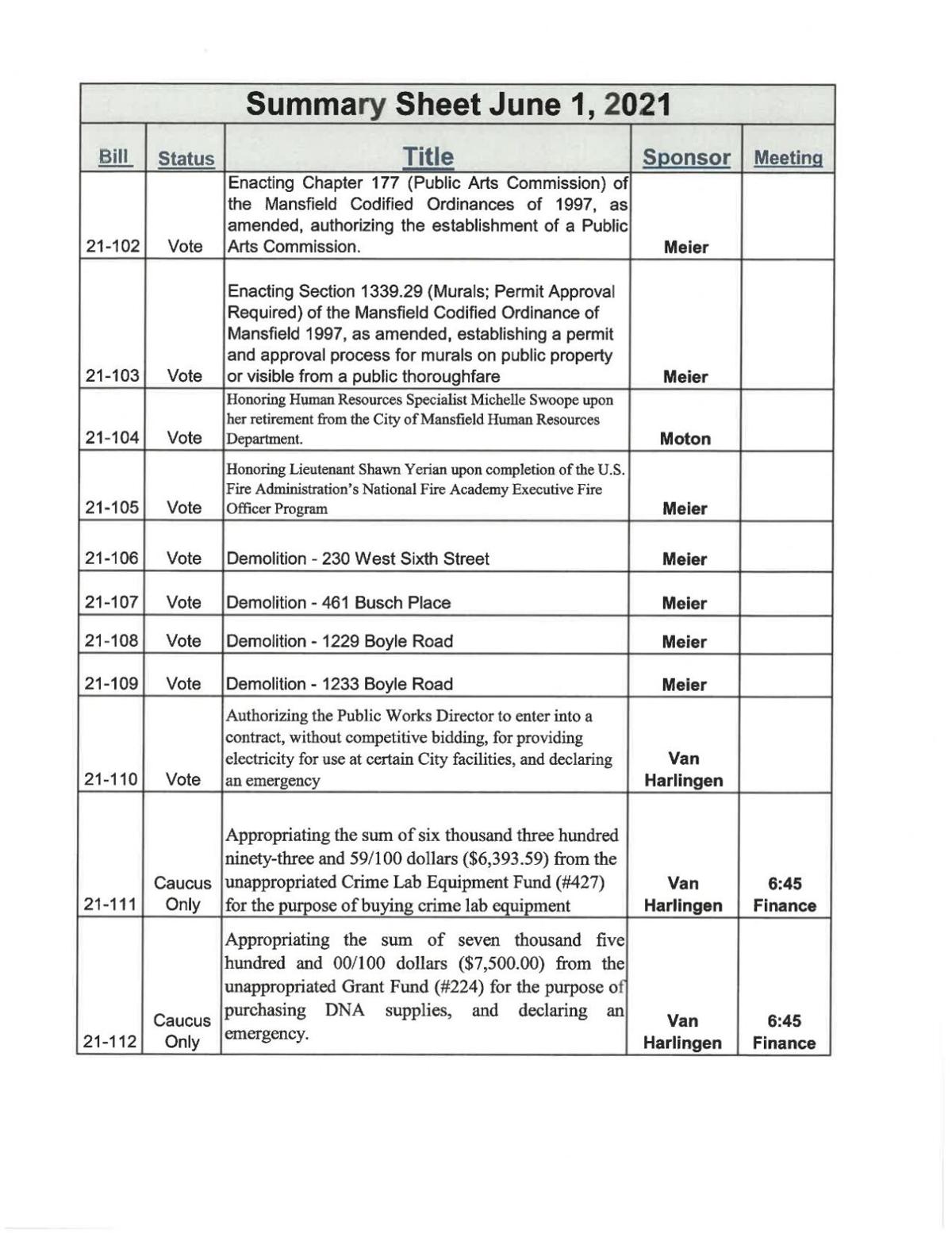 Also on Tuesday, City Council is expected to vote on two issues related to public art.

The first would create a Public Arts Commission in Mansfield and the second would establish a permit and approval process for murals on public property or visible from a public thoroughfare.

The commission could help accomplish one of the central goals found in the Mansfield Rising downtown investment plan.

Council is also expected to:

-- discuss during caucus the appropriation of $6,393.59 to buy crime lab equipment and $7,500 to purchase DNA supplies for the crime lab.

-- discuss during caucus the transfer of $41,549.43 within the street maintenance and repair fund to make the initial annual payment on a street sweeper truck.

-- discuss during caucus the 2022 tax budgets for the Township of Mansfield and the City of Mansfield, which must be submitted to the county auditor's office.

A 6:45 p.m. finance committee meeting is scheduled to begin the evening Tuesday, followed by council's caucus and legislative sessions.

The Greater Ohio Policy Center encouraged local leaders and residents to be as strategic as possible with ARP funds.