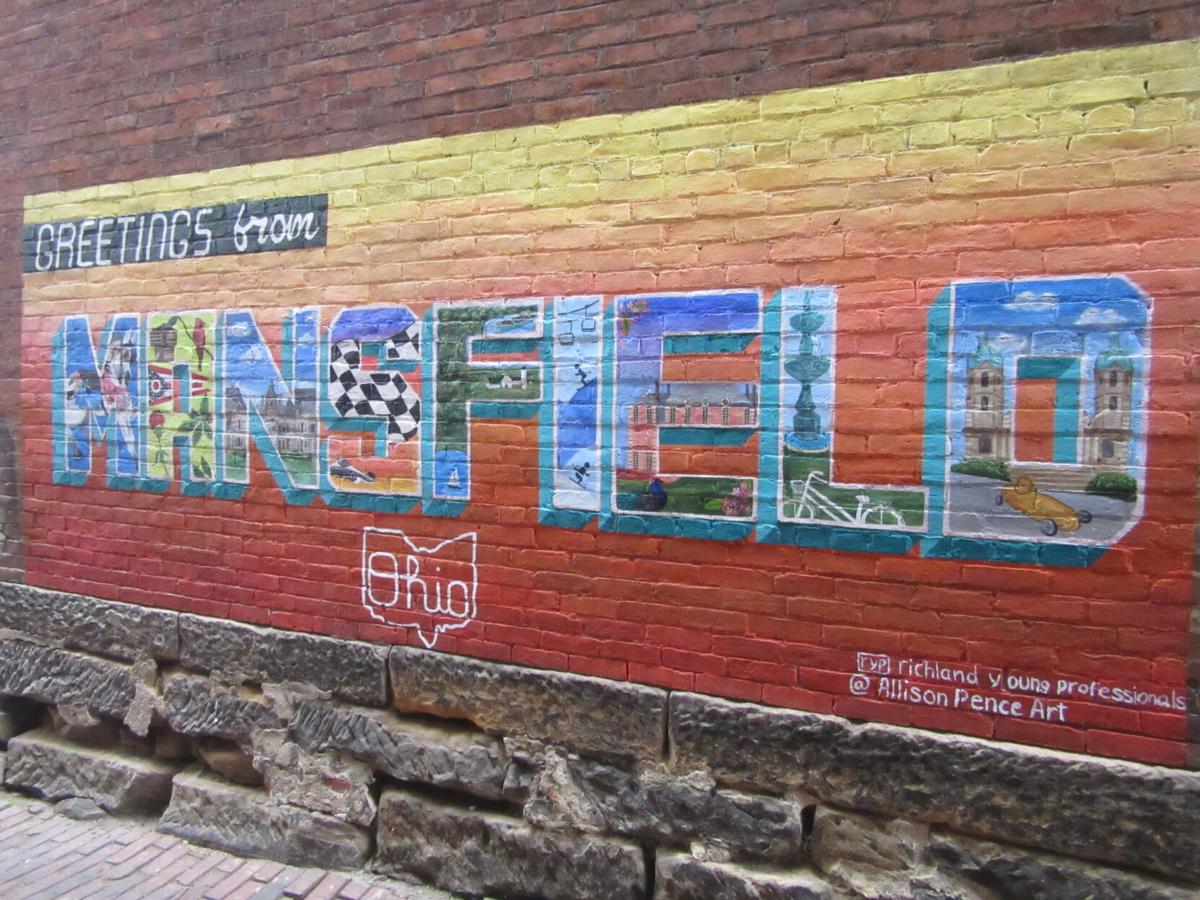 The postcard-style mural highlights multiple tourist attractions in Mansfield and the surrounding area. 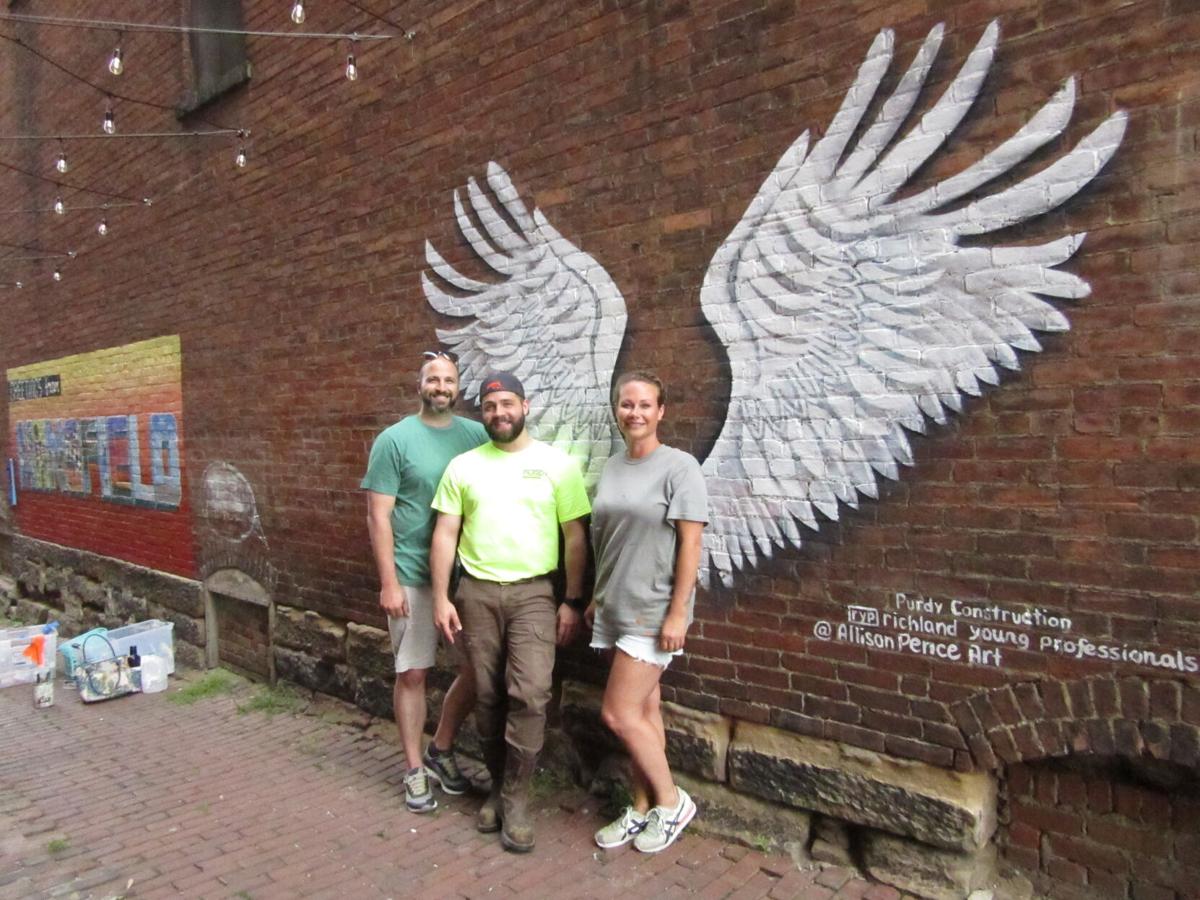 MANSFIELD ─ The murals in the Brickyard alley have already had some fans, even before there were completed on Thursday.

Graduates with caps and gowns had their photos taken there, according to local artist Allison Pence, who painted the murals. Some hair salons also brought clients to the spot for pictures. 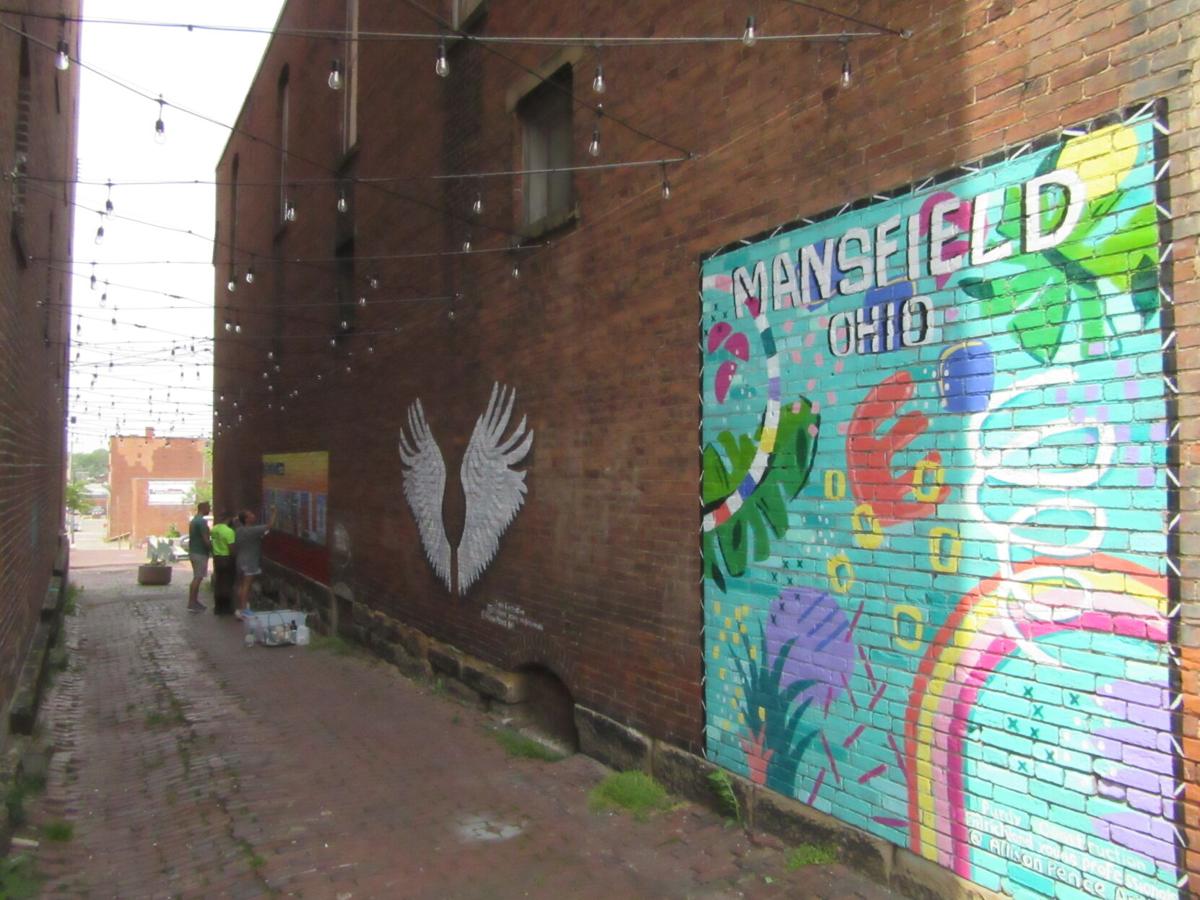 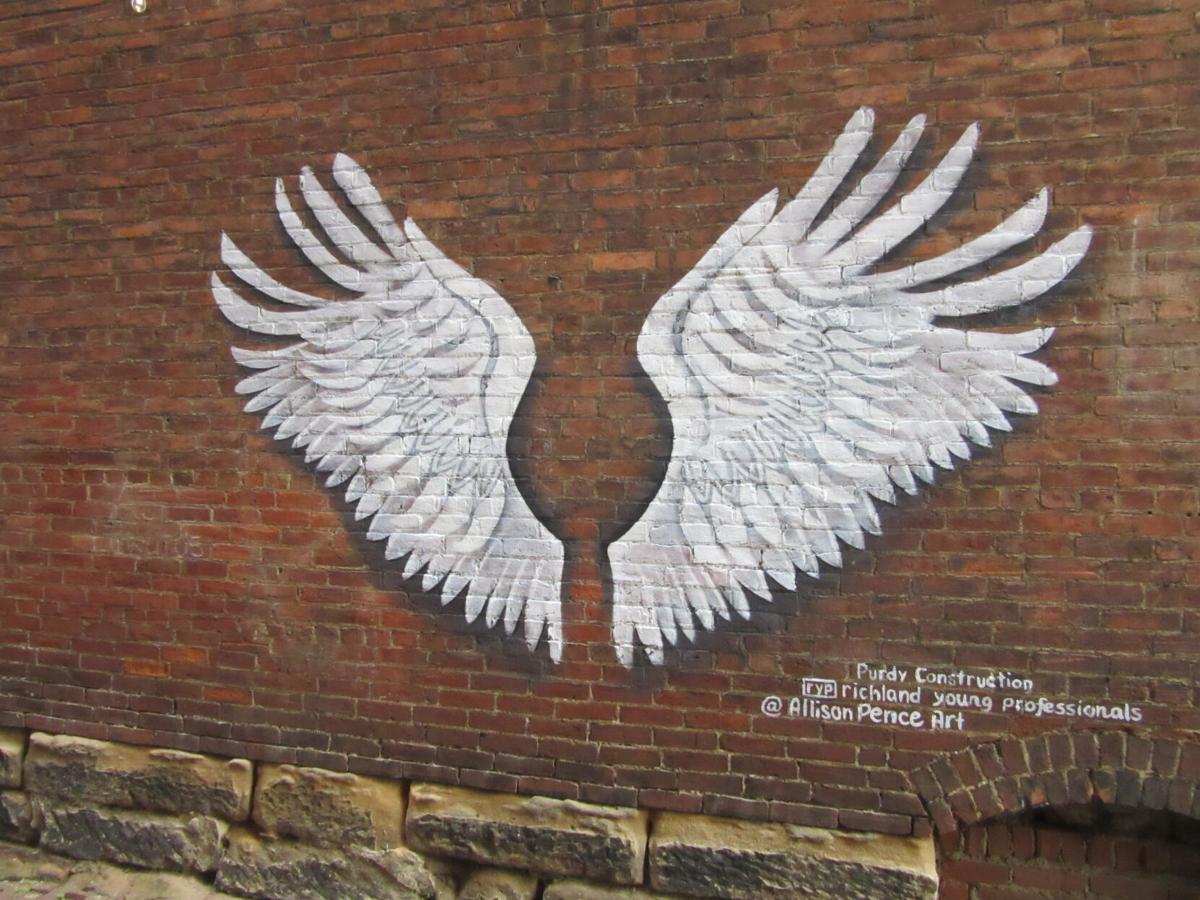 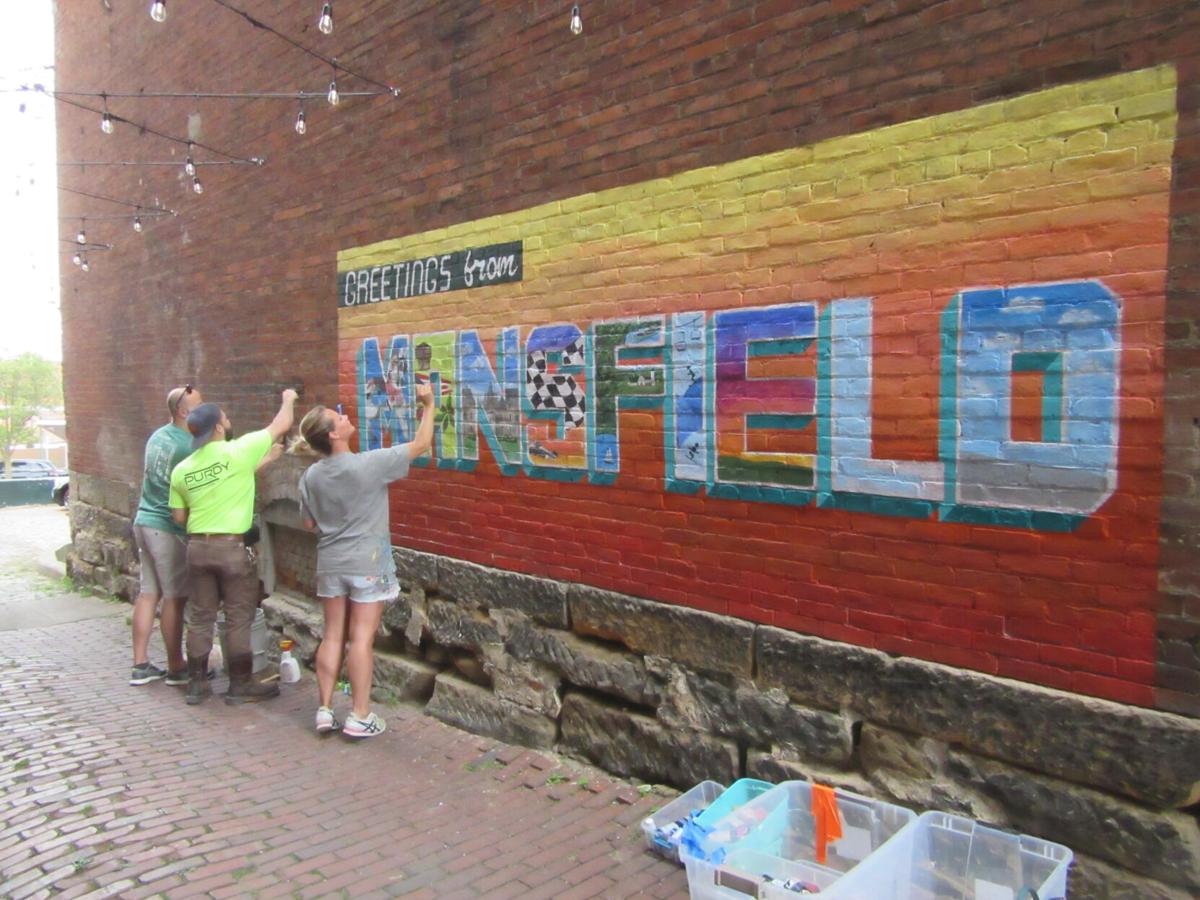 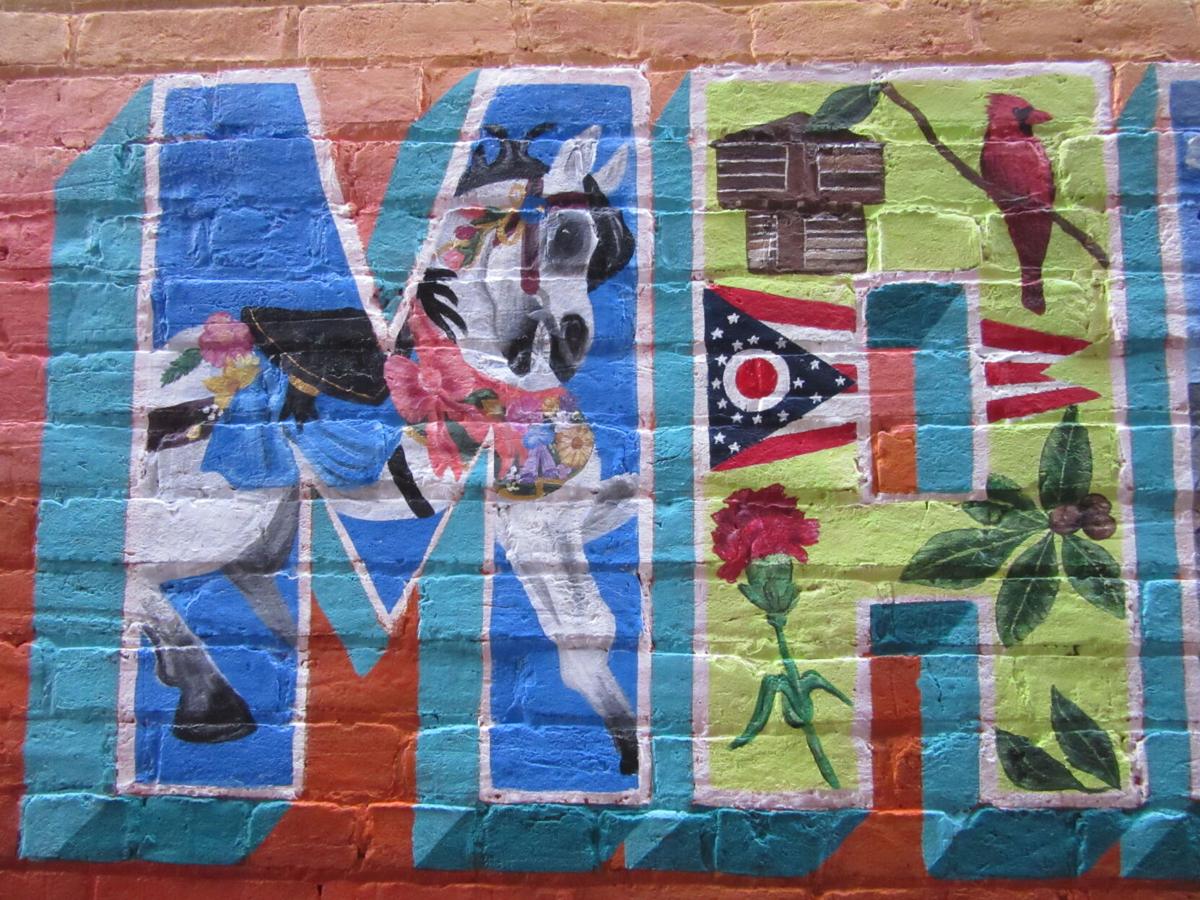 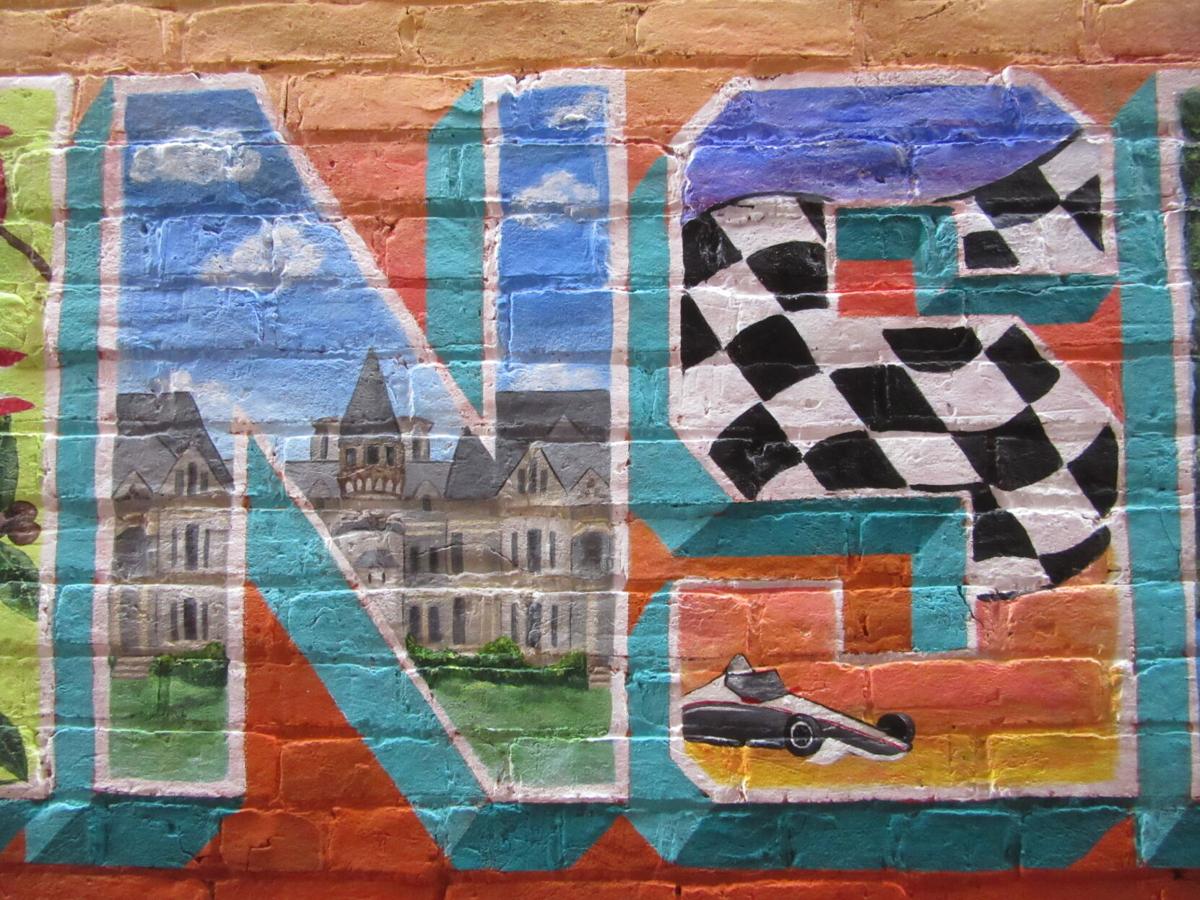 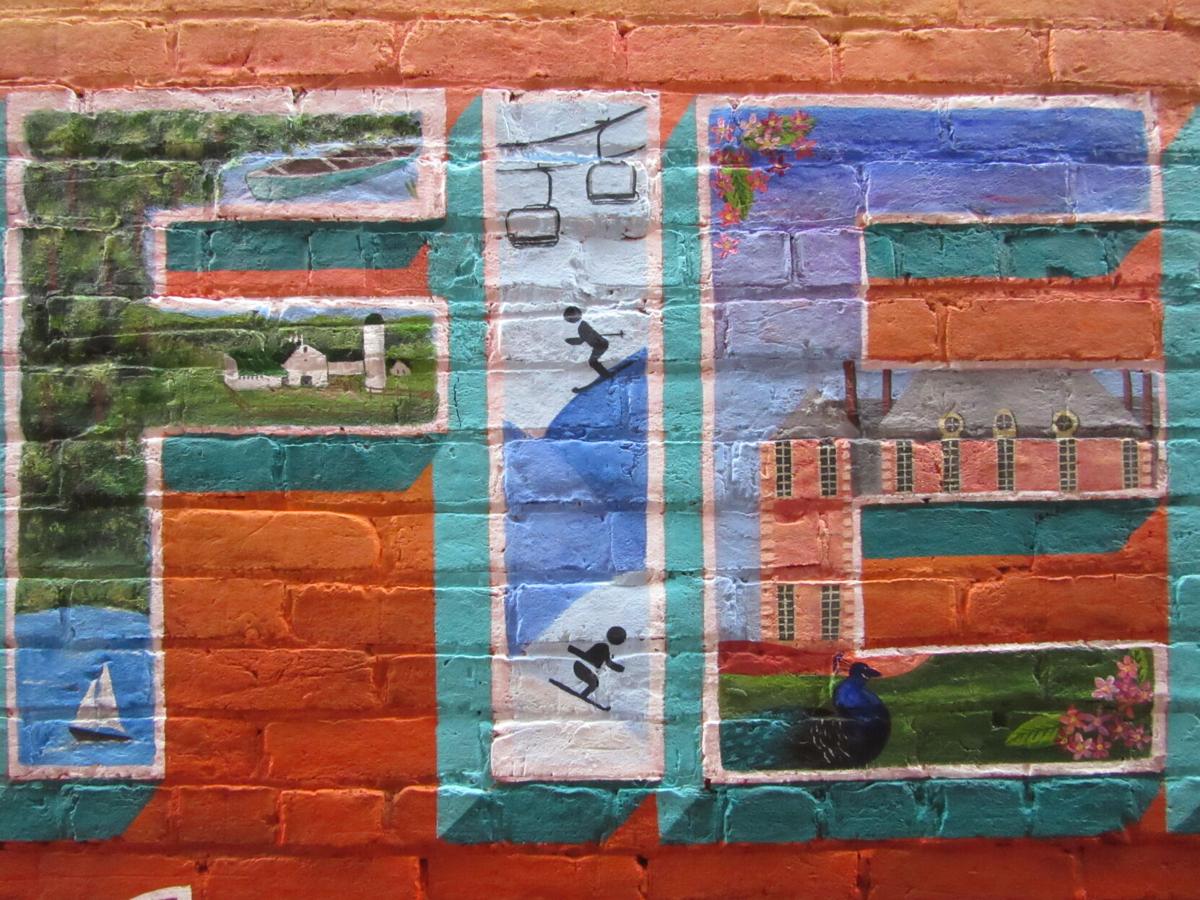 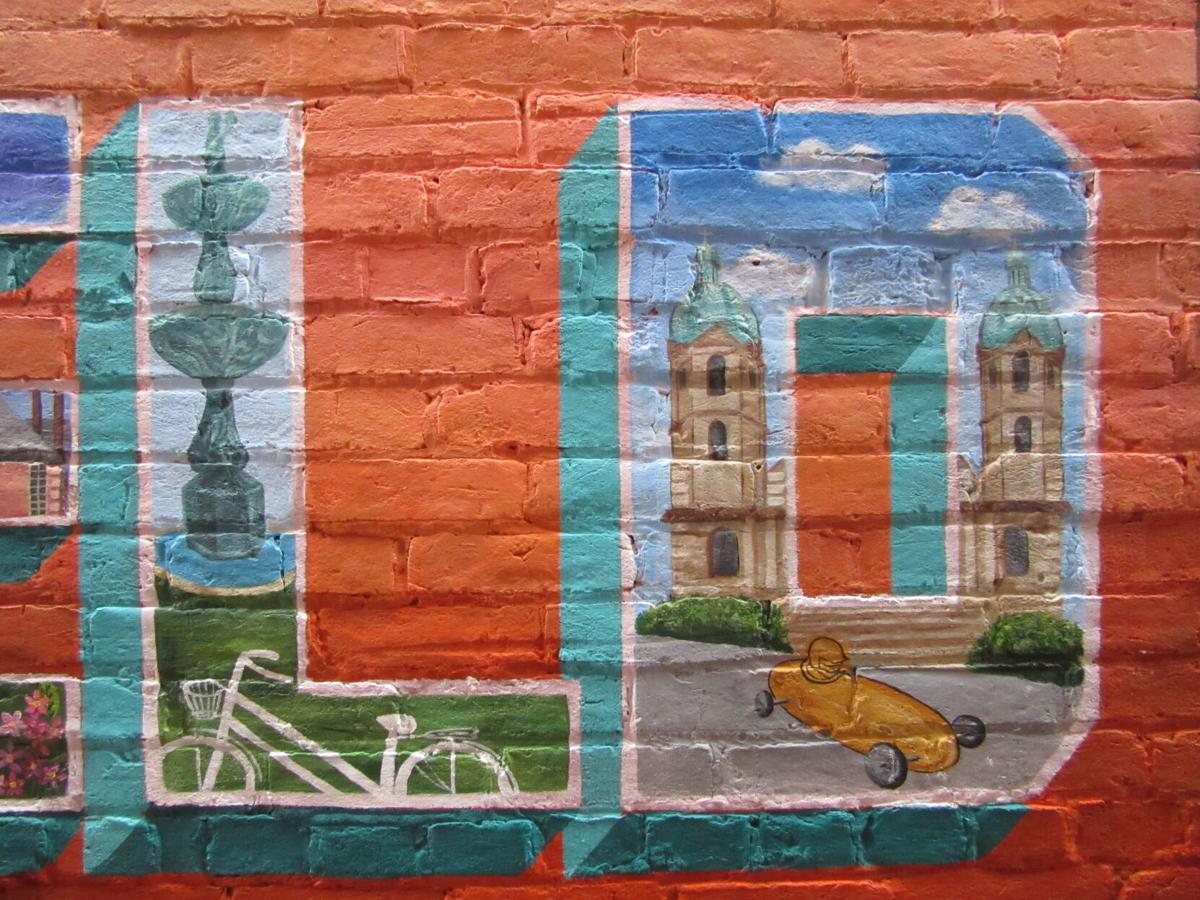 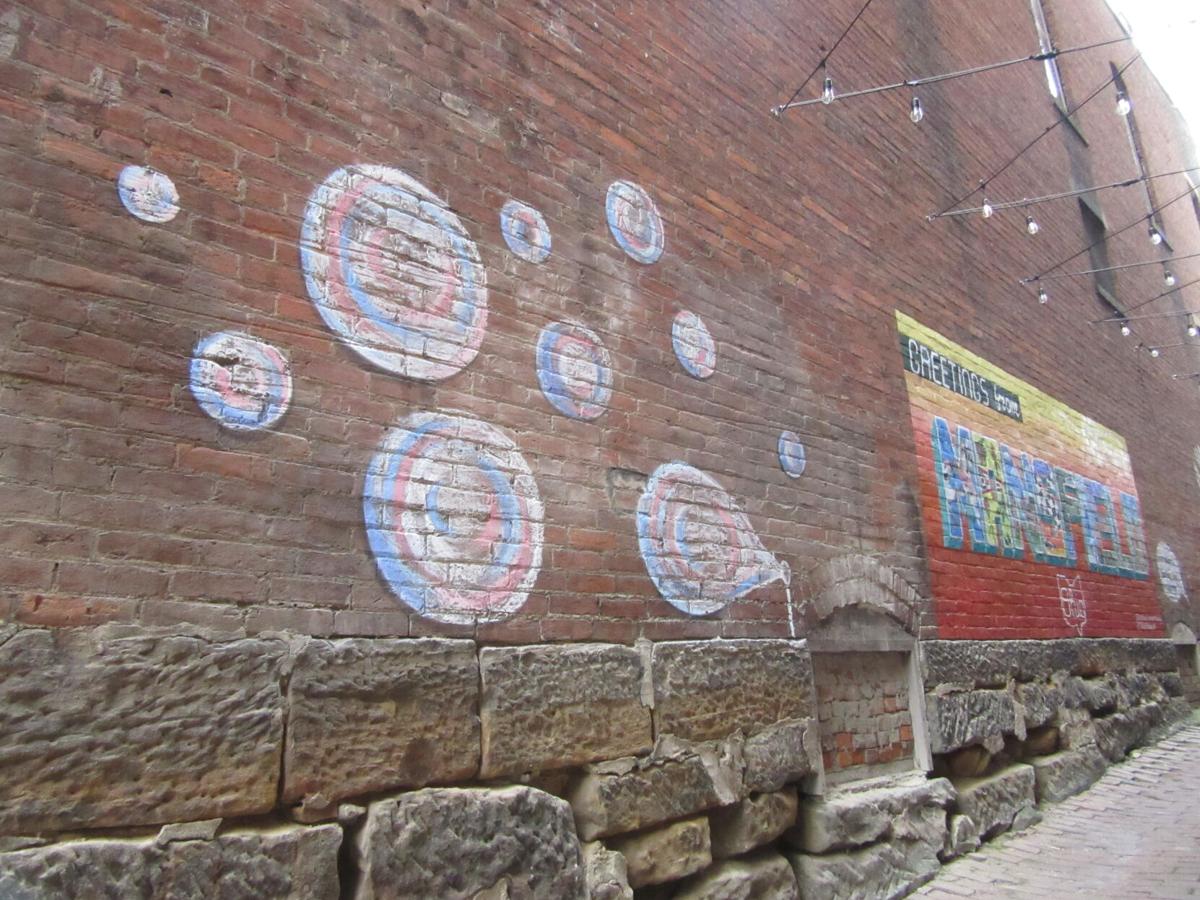 The murals in the Brickyard alleys

The four murals are in the alley between Diamond in the Rough and Keller Williams Legacy Group Realty on Fourth Street. Two of them, the wings and the bubbles, are interactive murals in which people can have some fun when taking photos.

Pence said the mural, 14 feet long and 6 feet high, has many details and requires more measurement.

“I had to measure everything out and tape it and cross my fingers. And hope I got it right,” she said with a laugh.

The murals are part of a Richland Young Professionals’ project that aims to give back to the community, RYP president Scott Heimann said. The organization raised funds for the materials and received a donation from Purdy Construction.

Heimann said the company installed lights in the alley where the murals are and also in the one parallel to it. RYP planned to put lights in the passage that connects the two alleys, but a local business owner opposed the plan.

The lit alleyways will make people feel safer at night, Heimann said, especially when they leave the Final Friday concerts and go picking up their cars across the street.

Heimann said RYP used to hold fundraising events for other nonprofits as a way of giving back to the community. Just before the COVID-19 pandemic arrived last year, RYP partnered with the Humane Society of Richland County and raised money for it. In August, the young professionals will organize an event for 33 Forever.

The mural and lighting project in the Brickyard alleys is the contribution that RYP wants to make when times are a little different, the president said. He hopes it will become a spot where people would like to visit when they are in downtown.

“Then, hopefully, it helps to attract some folks to some of the other businesses that are a little further away from the carrousel,” Heimann said.

Pence had a similar expectation for her artwork. She said the Brickyard is the focal point of downtown Mansfield and the most prominent location at which she has worked.

She hopes the murals would brighten up the city and show that it’s moving forward. Whether an artist or not, everyone will be able to appreciate the artworks and enjoy the fun they bring, Pence said.