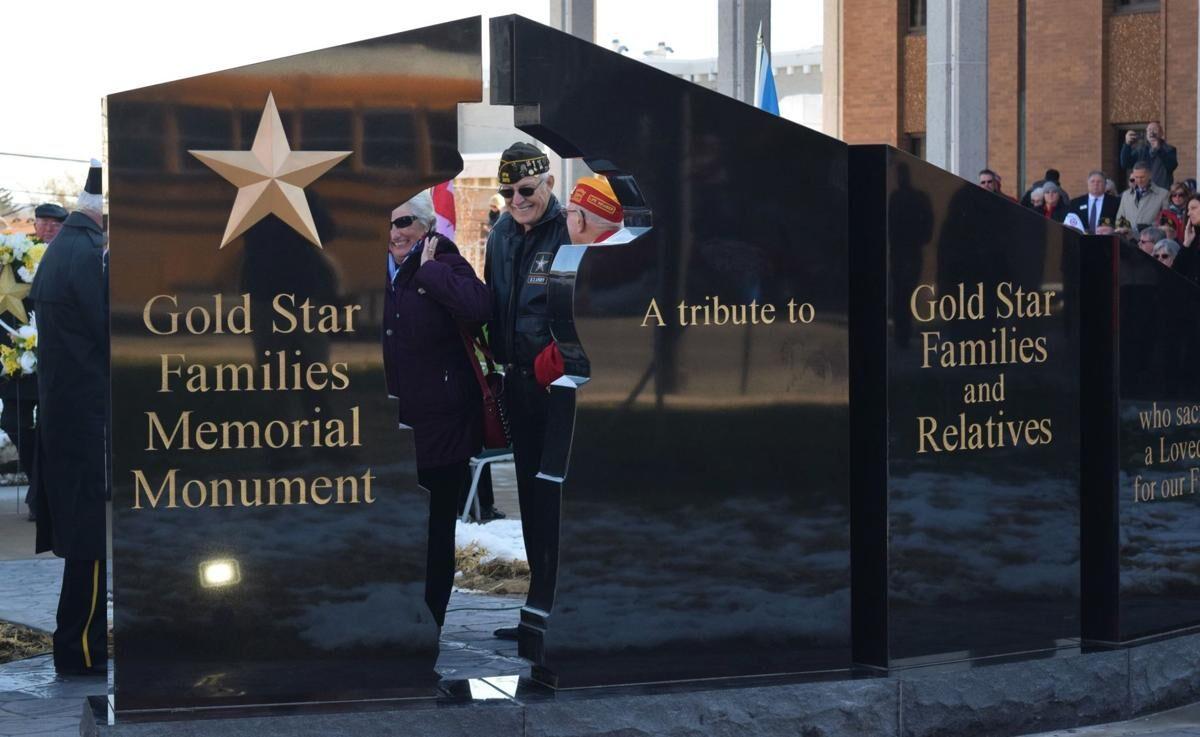 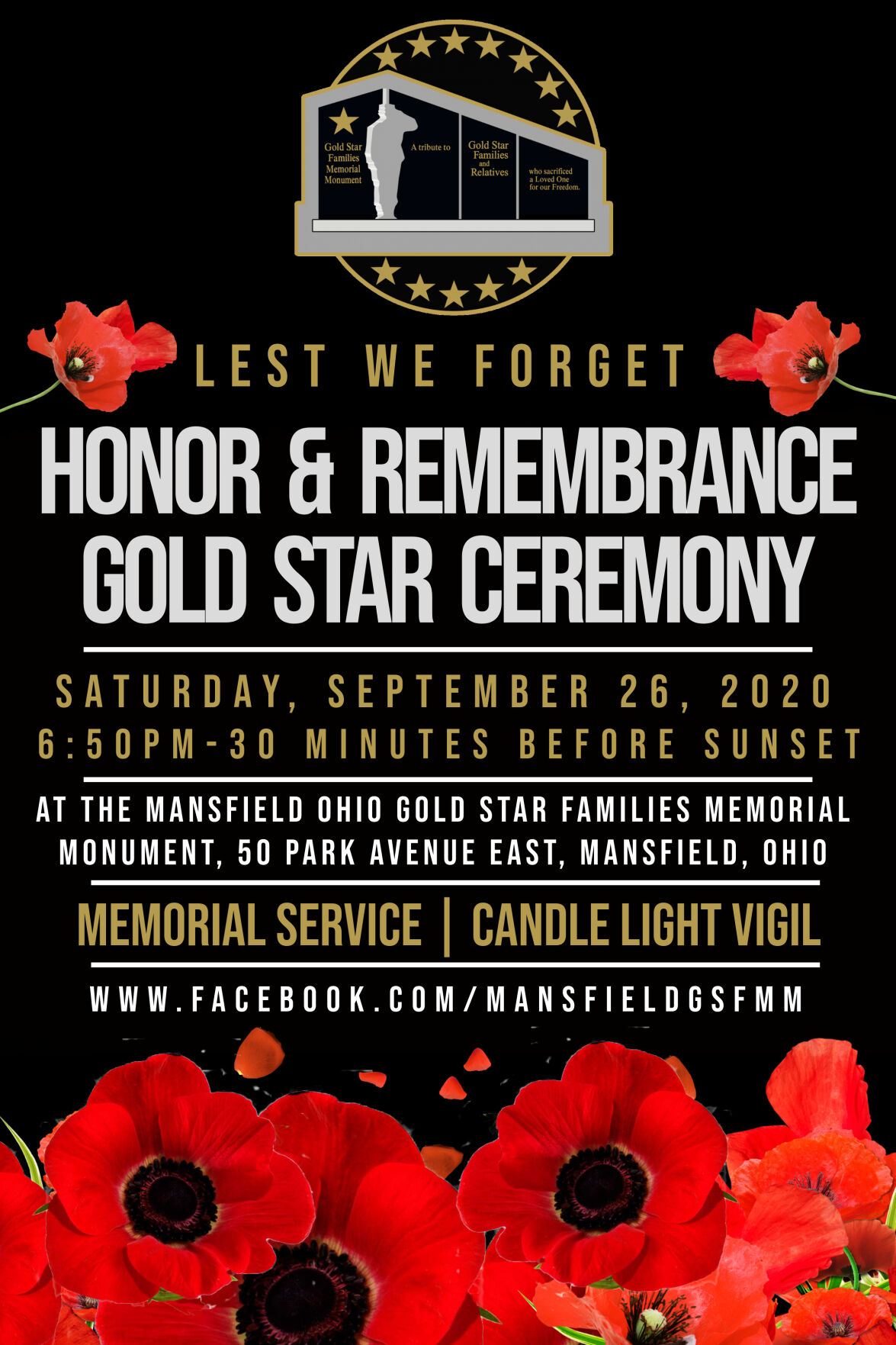 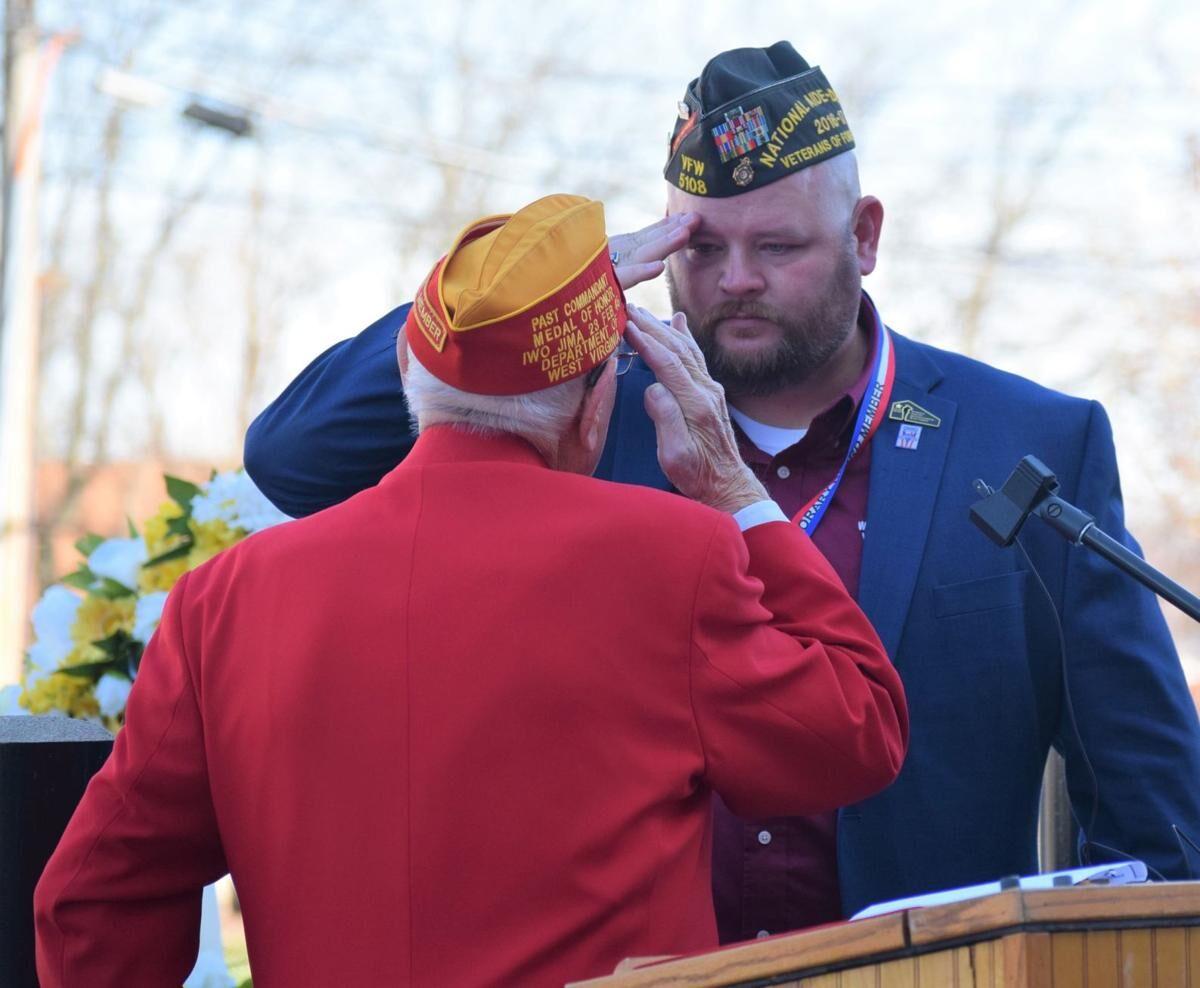 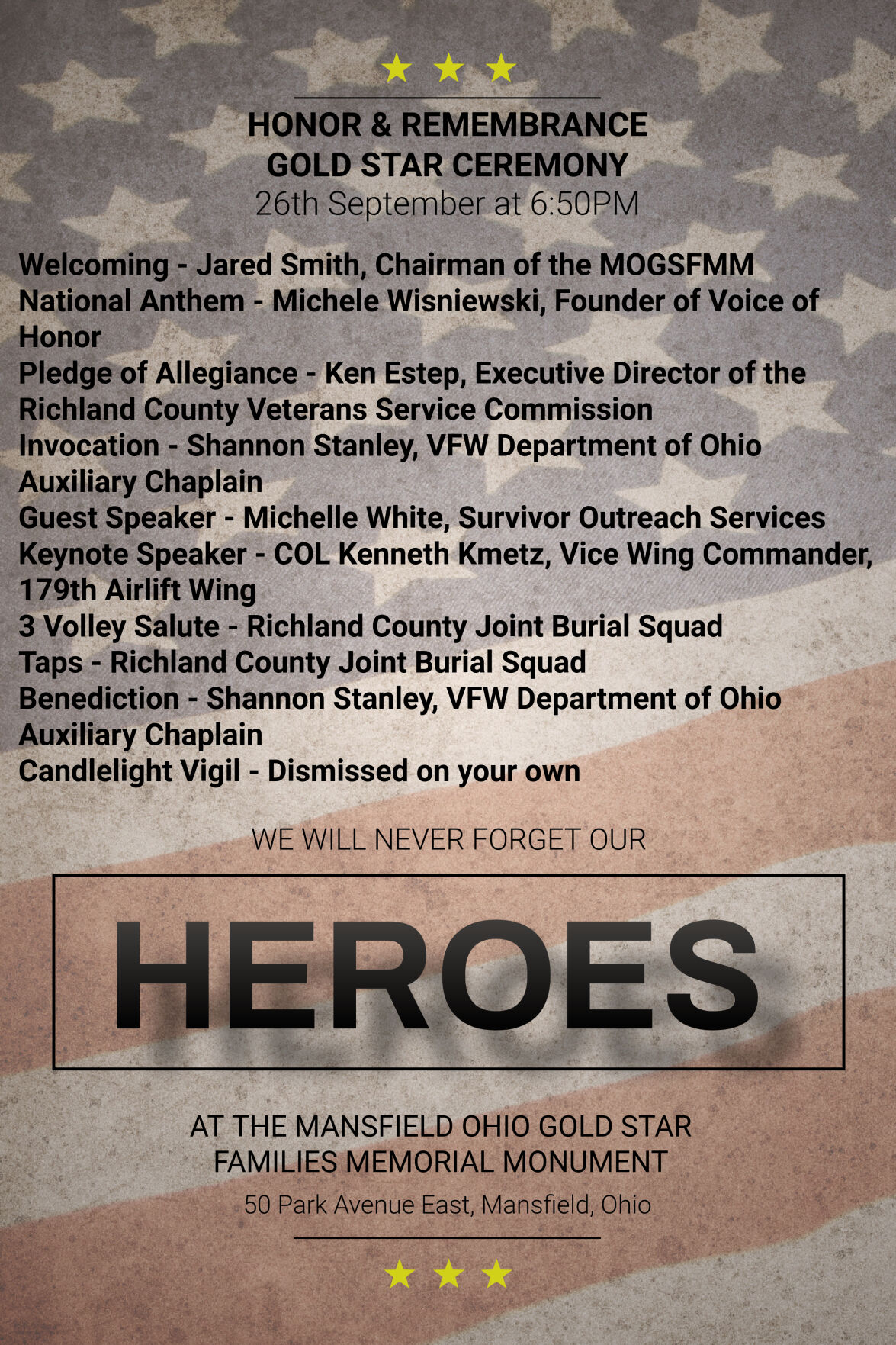 MANSFIELD -- When local residents gather in front of the Richland County Courthouse Saturday evening, they continue a Gold Star Family Memorial tradition that began more than 80 years ago.

The roots of the Gold Star Family itself, however, go even deeper.

A Gold Star Family consists of the immediate family members of a fallen service member who died while serving in a time of conflict.

The Mansfield Ohio Gold Star Families Memorial Monument Committee will conduct an "Honor and Remembrance" ceremony at the monument in front of the courthouse at 6:50 p.m., an event that starts 30 minutes before sunset and concludes with a candlelight vigil.

Col. Ken Kmetz, vice commander of the 179th Airlift Wing of the Ohio Air National Guard unit based in Mansfield, will be the keynote speaker.

Jared Smith, who chaired the committee that planned the local monument and raised the funds for its construction in 2019, said the public is invited to attend Saturday.

"We ask all in attendance to be mindful of the (COVID-19) CDC guidelines and wear masks if within six feet of each other and keep personal distance of six feet or more, if not wearing a mask," Smith said.

"Please dress for the weather and bring your folding chair should you want one. We also ask that if you are a member of a Veterans organization or other civic or patriotic organizations, please come in uniform, covers, or other organizational dress," Smith said.

When the U.S. entered World War I in 1917, families hung banners displaying a blue star for every loved one serving overseas. A gold star meant that loved one had died.

In 1918, President Woodrow Wilson authorized a suggestion from the Women’s Committee of the Council of National Defenses, that mothers who lost a child serving in World War I, could wear a traditional black mourning armband with a gold gilt star.

This led to the tradition of a gold star covering the blue star on the Service flag to show that the service member had passed. It’s believed Wilson coined the term “Gold Star Mother.”

In 1918, Seibold’s own blue star was over-stitched with gold when her son, Lt. George Seibold, a pilot in the 148th Pursuit Squadron, was shot down over France. His remains were never identified.

After years of meeting with veterans and bereaved families, Seibold organized the American Gold Star Mothers in Washington, D.C., in 1928.

The group’s first order of business was to convince the federal government to pay for Gold Star Mothers to visit their boys’ graves in Europe. Seibold’s friendship with First Lady Grace Coolidge may have been a deciding factor.

Shortly before he left office in March 1929, President Calvin Coolidge authorized $5 million for such trips. In 1930, journeys by more than 6,000 of these mothers began.

Many observers believed that the sheer number of grieving mothers gathered so dramatically in public would actually help foster peace, according to a story at militaryhistorynow.com

In 1936, a joint congressional resolution designated the last Sunday in September as Gold Star Mother’s Day.

Today, the American Gold Star Mothers organization continues to aid and comfort the families of men and women who died while serving their country.