Executive director Fred Boll hopes to relocate the museum, now at 44 W. 4th St., tentatively in 2021, a move that will quadruple the museum’s exhibit space and expand the “Imagination District” -- a portion of downtown being developed through a collaboration between Little Buckeye Children’s Museum and the Renaissance Theatre. The nonprofits aim to draw upwards of 200,000 visitors to the new district.

“There’s an old saying, ‘If you want someone to live someplace, you have to have them want to visit first,’” Boll said. “I think the Imagination District will create a place where people will want to be. And I think it can have a profound, lasting effect on the overall growth and development of downtown.”

The district will initially consist of only the two founding partners, but Boll believes the area will grow. He envisions downtown’s “gateway from the west” as a revitalized space, one that will lure people further in.

The Renaissance Theatre kicked things off in October with the opening of Theatre 166, situated at 166 Park Ave. West, only two doors down from its 138 Park Ave. West location. The new black box theatre was transformed from a blighted Richland County Land Bank owned property into a gathering place for actors, artists, musicians, and art advocates.

"This vision was seen through all of the green mold," said Renaissance CEO Mike Miller at the building’s ribbon cutting ceremony. "And we've really just begun this project."

Little Buckeye Children’s Museum’s new location will share both a wall and parking lot with Theatre 166.

The museum will also take possession of two properties owned by the Richland County Land Bank. These vacant lots are located directly behind 174 Park Ave. West and are expected to be used for additional parking and for a playscape, which is a more natural version of a playground.

Most of the museum’s current exhibits -- 32 in total -- will be recreated in a larger size at the new building and likely an additional 32 to 40 exhibits will be constructed. 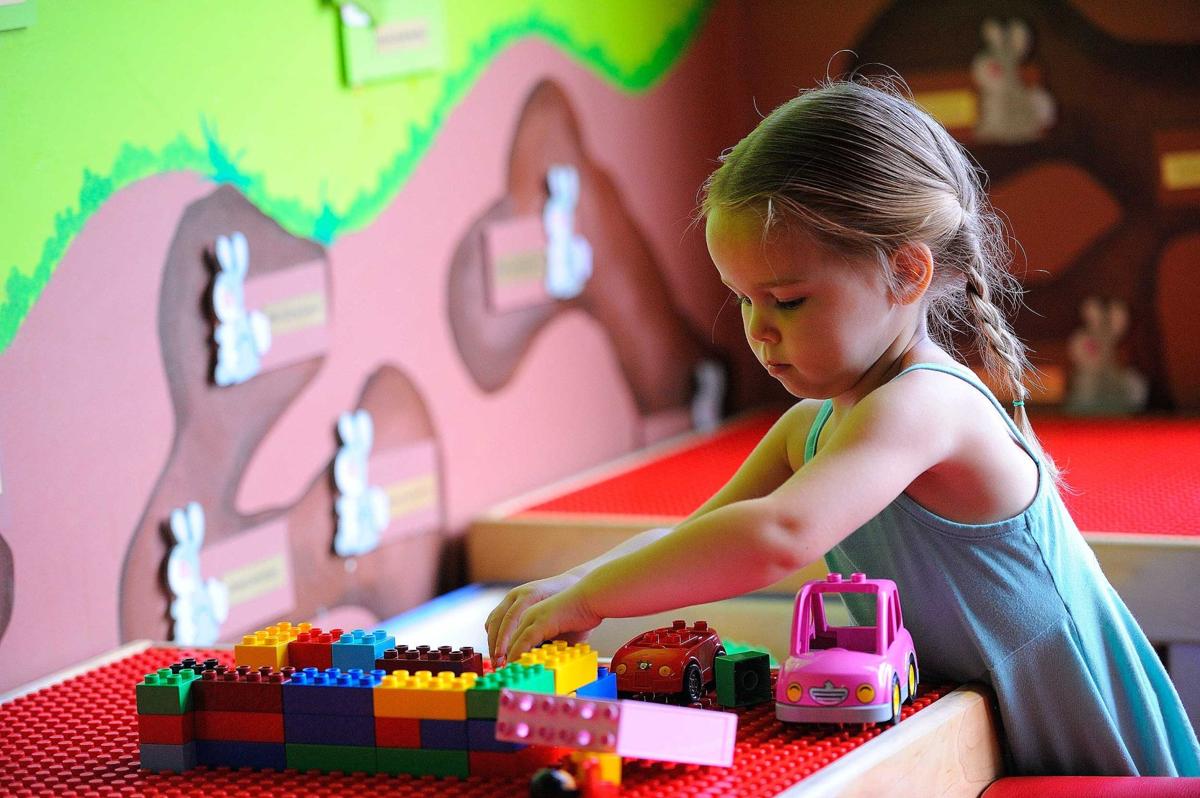 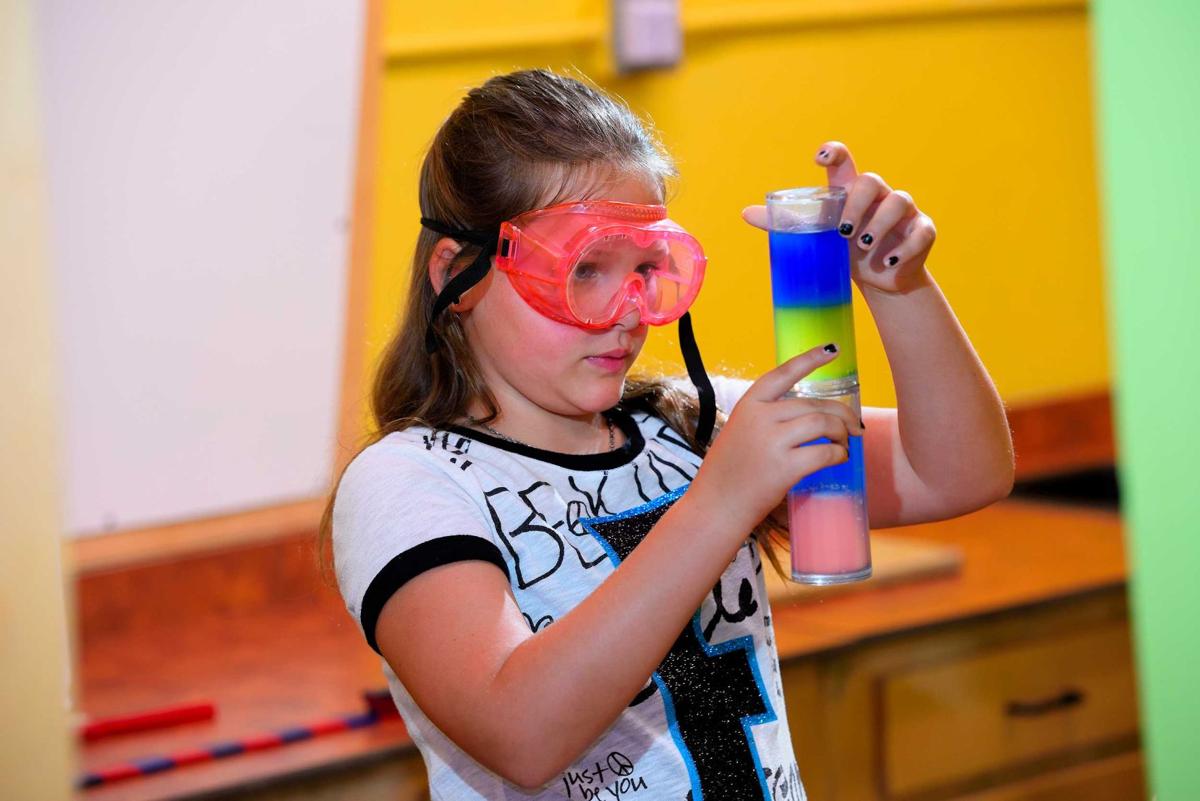 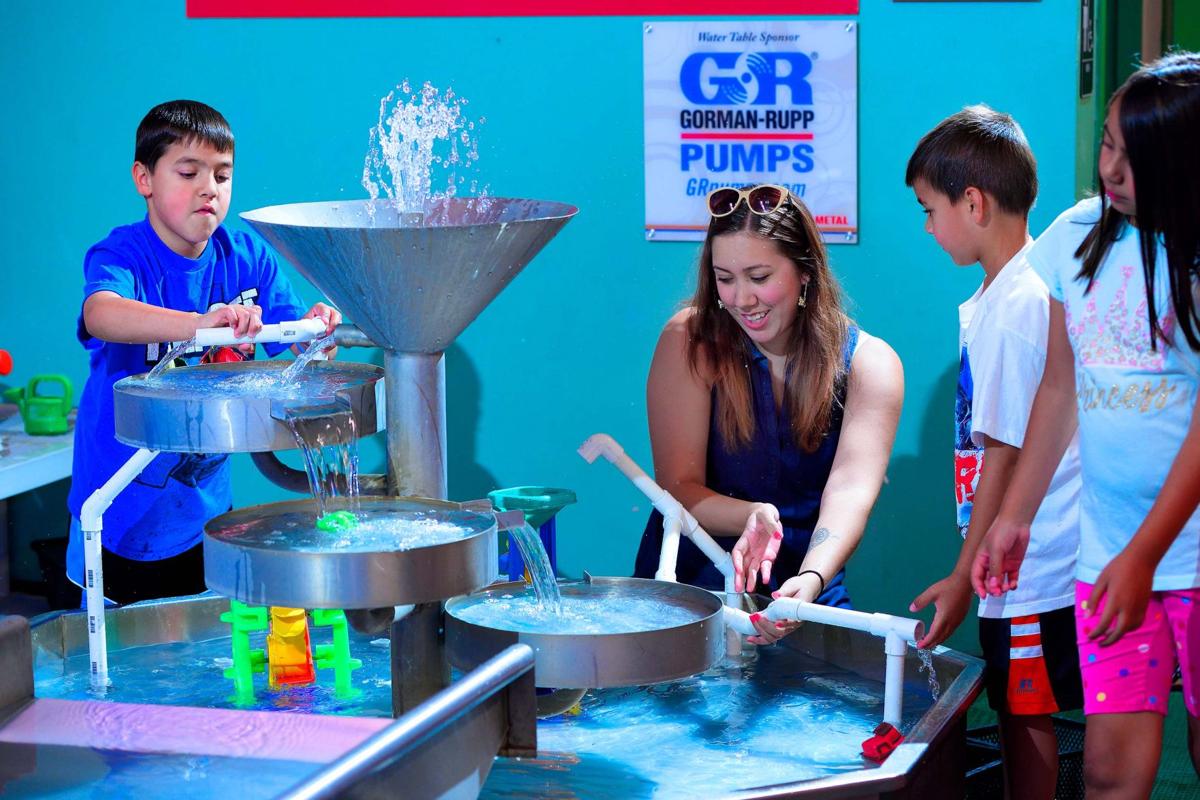 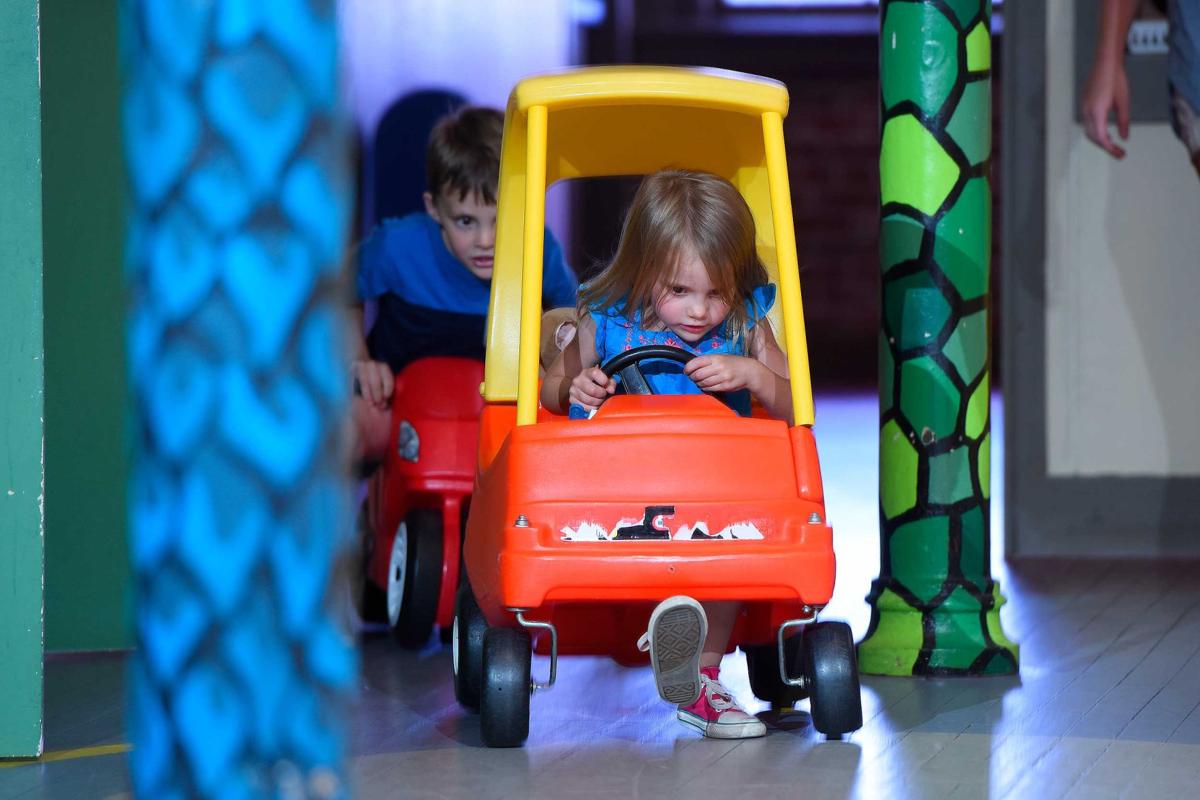 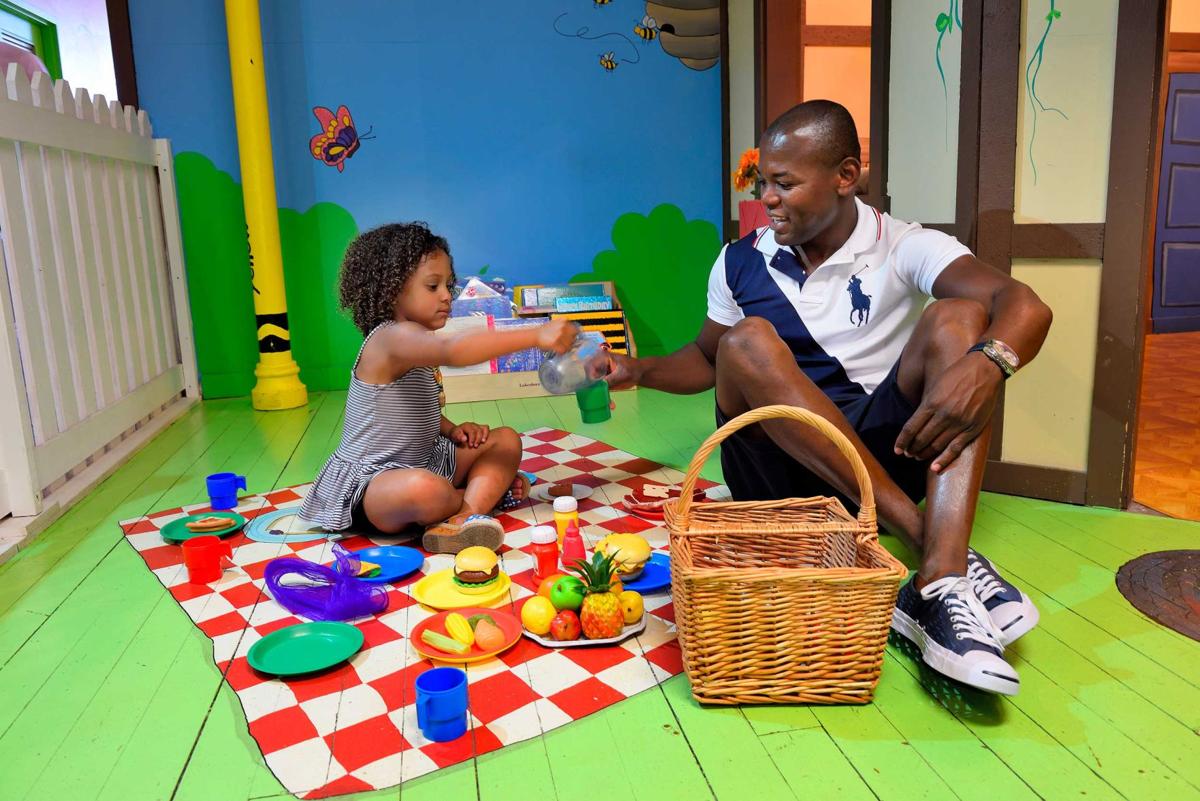 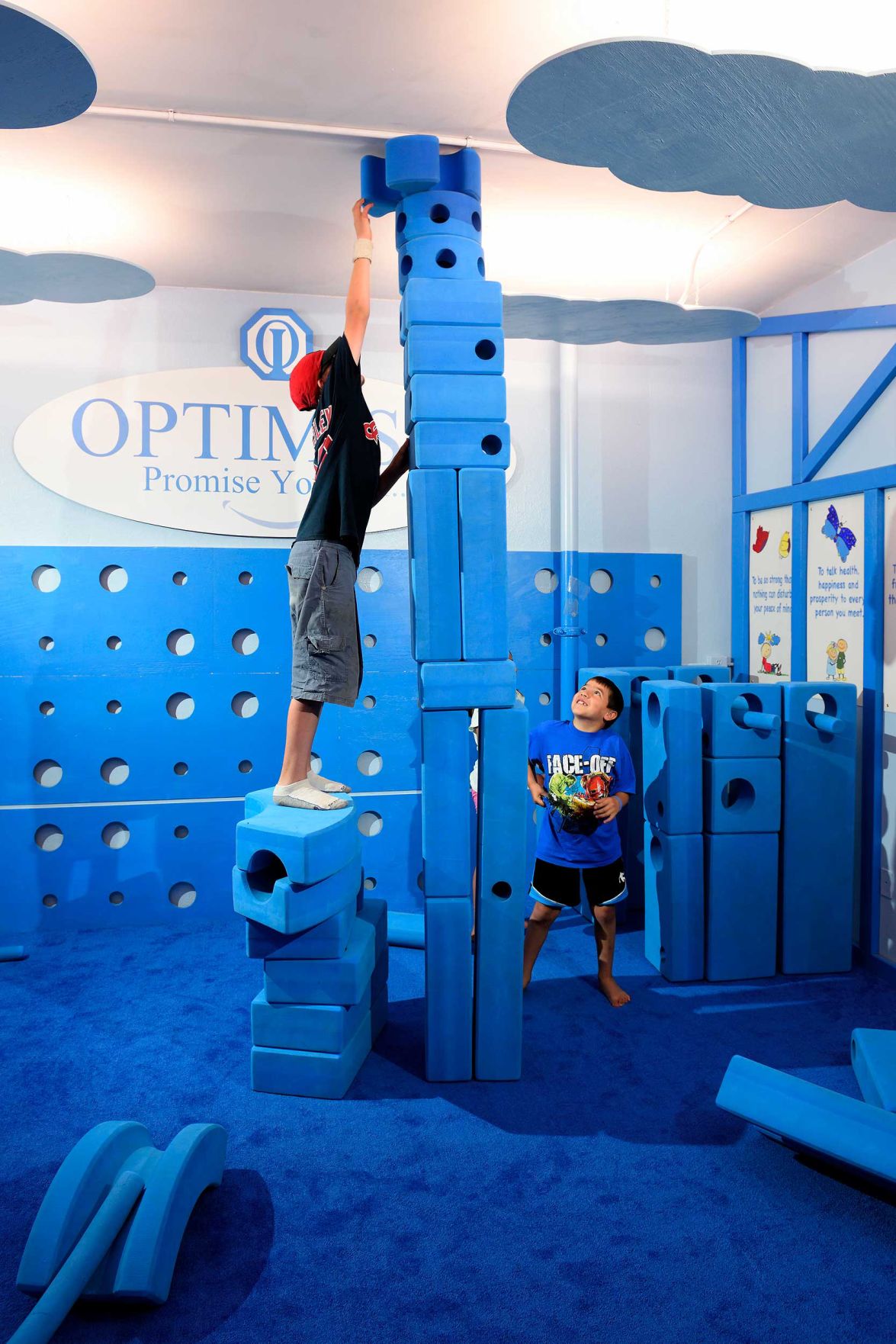 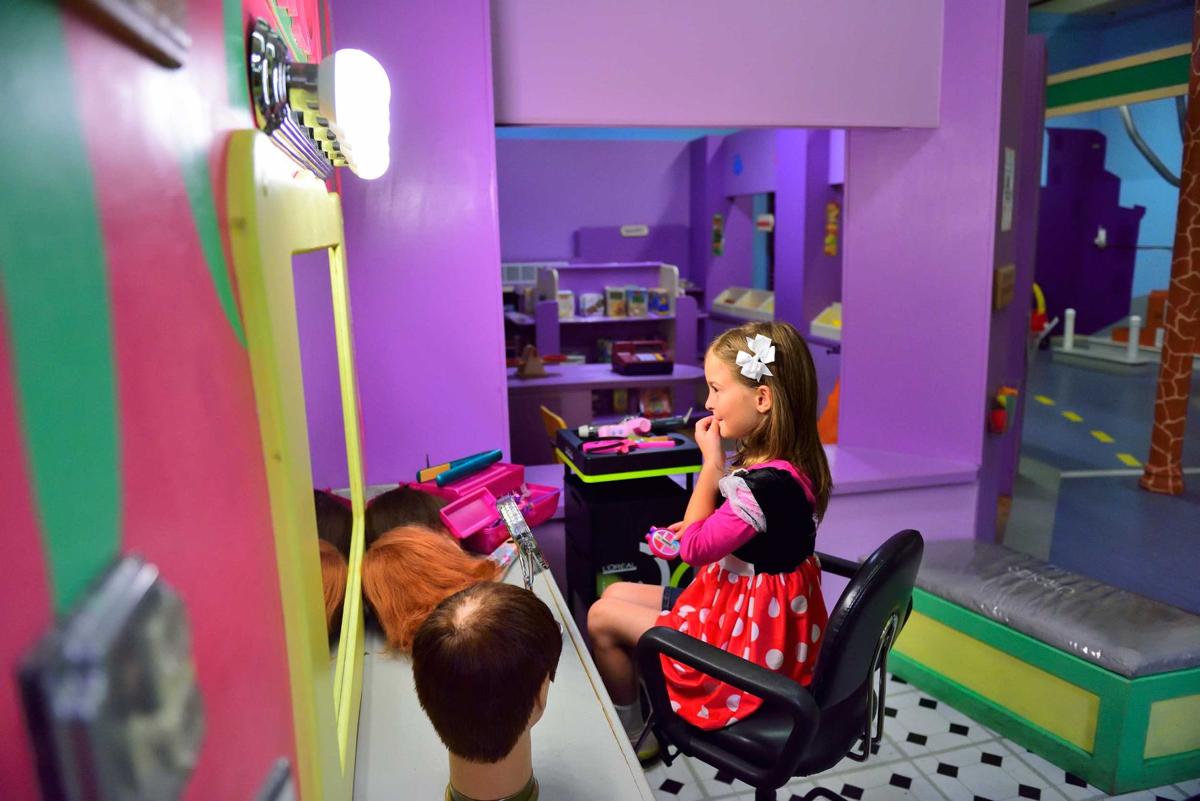 “All the concepts that have worked really well here will be brought to the new building, but we’ll also have the ability to increase the number of exhibits and the age range from 2 to 16,” Boll said.

Among the possible additions is a hexagon-shaped, six-person air hockey table set up with three two-person teams.

“I think it’s something people would get really excited about it. It’s not something they’ll have seen,” said Suzanna Hammond, museum manager. “And, if you think about it, you would have to think creatively and critically to play and win a game like that.”

Most of the new exhibits haven’t been designed and thought-out yet, but as they are developed, Hammond and Boll intend to center them on imagination-based play.

Early designs for the new building, with 30,000 square-feet of space, also include a large lobby and gift shop. Boll hopes to have programming space, too.

At its West 4th Street location, the museum has been running out of room. So much so, that Boll recently moved the office spaces to the basement to allow space for three more exhibits.

“When I came here to Little Buckeye, maybe a year after being here I realized how quickly we’d outgrow this facility,” Boll said. “So about four years ago, I told my board we need to plan for the future. I asked, ‘What are we going to do when we reach a certain number of visitors?’”

Determined to stay in downtown Mansfield, Boll said the board looked at every building in the area with more than 20,000 square-feet, parking and handicap accessibility.

The former IBM building was the best fit, Boll said. He believes it has sat empty for more than a decade, but was once a Sprint and started out as Ohio Power and Ohio Gas.

“That was the building that was at the top of the list. It hit all the boxes we wanted to check,” he said.

Before the move happens, the Little Buckeye Children’s Museum and the Renaissance Theatre will hold a capital campaign. At this time, Boll said, they are working hard on the beginnings of a joint campaign, something he doesn’t believe has ever been done before with two successful nonprofits.

“Nonprofits don’t typically do capital campaigns together and still remain separate at the end,” Boll said.

The collaboration, dubbed the “Mansfield Model,” is based on a memorandum of understanding, which was finalized this fall. Boll estimates 35 versions of it were reviewed by both nonprofit boards before an agreement was reached.

“Both organizations are very successful, but they both are different. They have different cultures, different processes…but we have to agree to process everything the same for the capital campaign,” Boll said.

Boll believes through this collaboration, the Imagination District has real potential to impact Mansfield.

“I believe collaboration is the way to change the world," he said. "It’s hard to change the world by yourself, but when you have good trusted partners who are willing to work together and think outside the box, you have the ability to do new and different things that can impact the lives of many people.

“Mike Miller (and the Renaissance) has been a tremendous partner in this collaboration and I see a bright future in where we can end up.”

Three Mansfield-based nonprofits have teamed up to offer local families a discount on memberships. The Little Buckeye Children's Museum, Kingwood Center Gardens and the Ohio Bird Sanctuary recently announced a collaboration that can save families approximately 20 percent on their memberships.