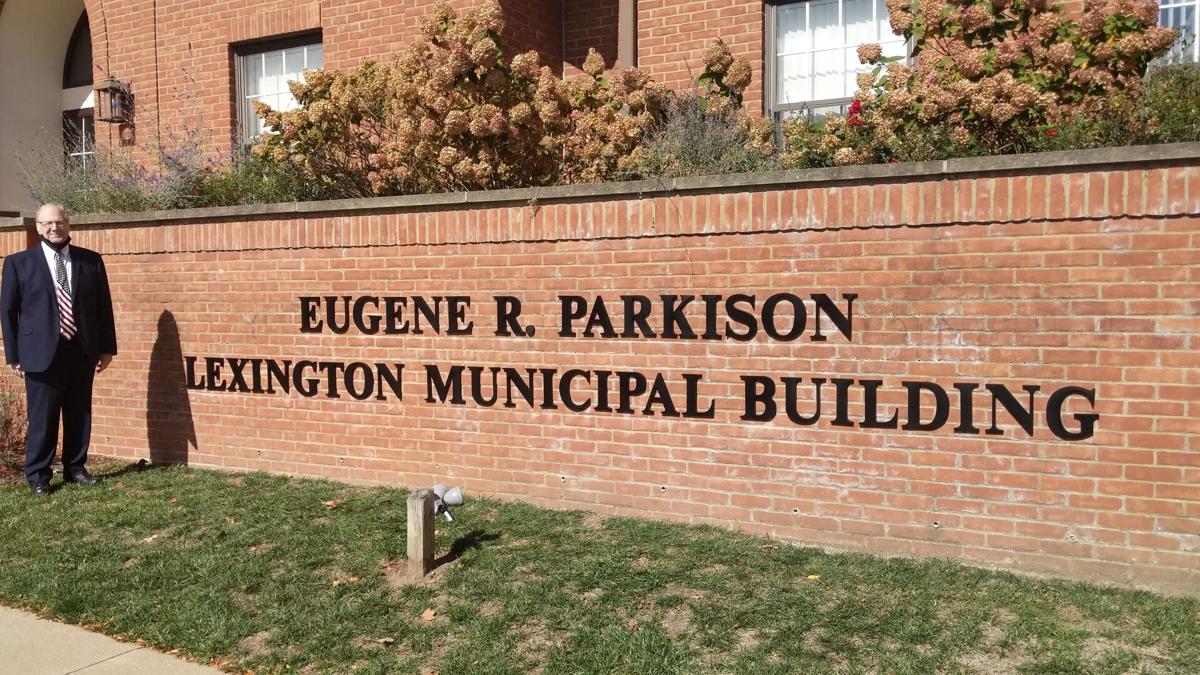 Former Mayor of Lexington Eugene Parkison stands in front of village hall, which was renamed in his honor after a unanimous city council vote last year. 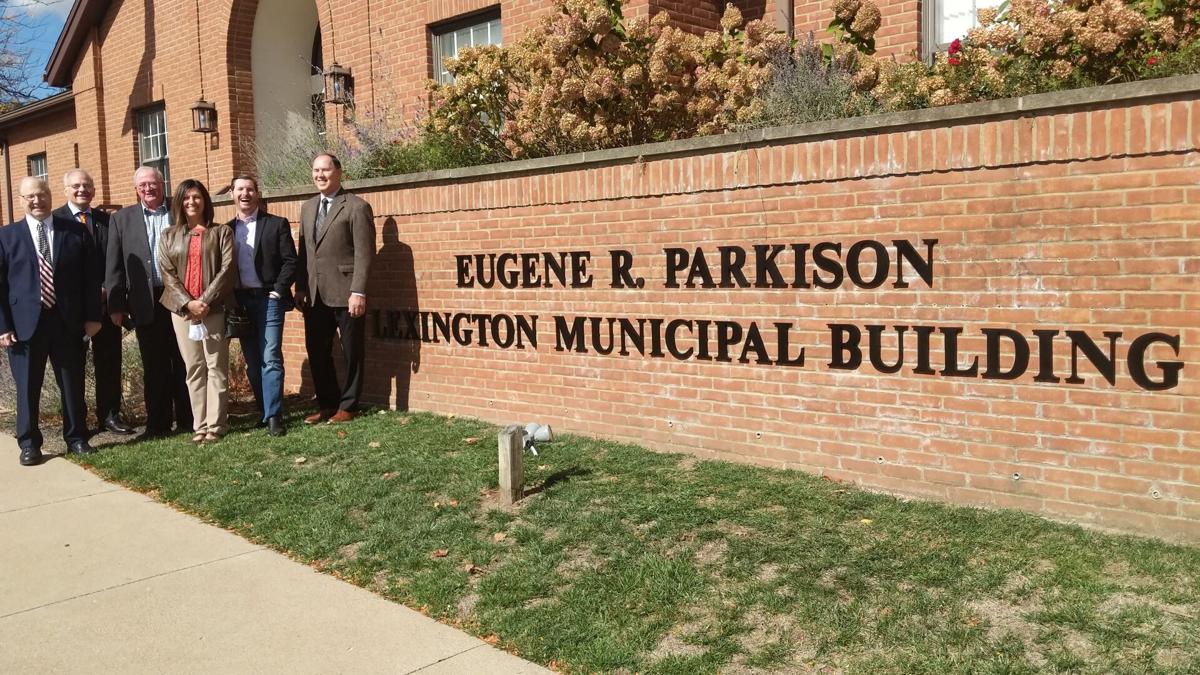 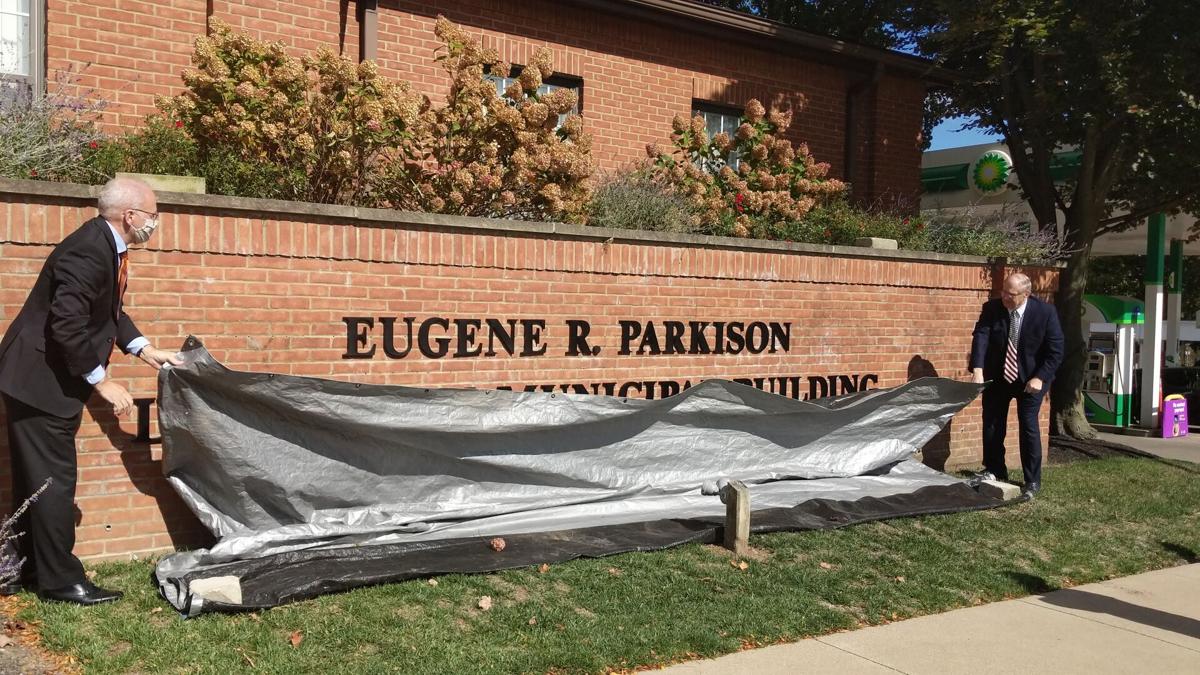 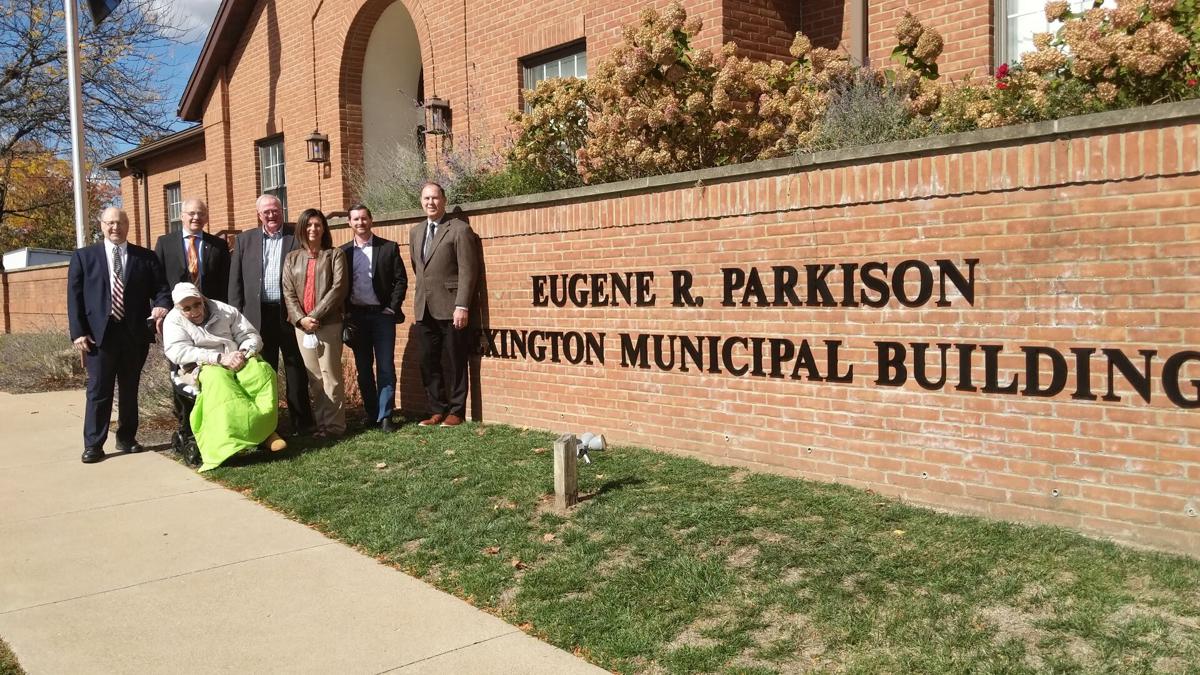 LEXINGTON -- Even at a ceremony held in his honor, former Mayor Eugene Parkison was eager to lend a helping hand.

Rather than stand back and watch, Parkison stepped forward to help his successor, Brian White, unveil the retaining wall in front of Lexington’s village hall.

A gray tarp fluttered to the ground, revealing a set of black letters that spell out the building’s new name: Eugene R. Parkison Lexington Municipal Building.

All three described Parkison as a mayor whose support and counsel extended beyond his own village.

“He’s been so supportive of the other communities in Richland County. As a former mayor I really appreciated that,” John said. “He was always available to answer questions and to offer support and advice. He's done that for every one of us and he did it for generations of mayors in Richland County.

"We refer to him as the ‘godfather of the mayors' because he was, he was that kind of person.”

Parkison’s 41-year tenure in Lexington government came to an end last year, after White defeated him by 81 votes in the November election. A month later, Lexington’s council voted to rename the village hall in his honor.

Parkison got his start in governance on the village’s planning commission. He then spent six years on village council and 36 years as mayor.

“It's quite an honor to have the building named after him and the impact he's had on the village,” his wife Carol Parkison said.

Carol’s overview of her husband’s accomplishment was wide-ranging, from new water and sewer treatment plants to thriving parks and a growing village. But Parkison’s biggest point of pride was the village’s consistent safety rating.

Brenda Wilson, Parkison’s longtime assistant and clerk of council, said the former mayor was never one to toot his own horn.

Wilson recalled a vicious ice storm in the early 2000s, when the village operated an around-the-clock warming station at the Lexington Senior Center.

Parkison and his wife stayed for long stretches at a time, sometimes late into the night, so Wilson didn’t have to run the station alone. A generator kept the heat and power going for days as residents popped in and out to escape the cold, charge their phones and get a hot meal.

When he was handing out plates of spaghetti or rinsing plates, he introduced himself as 'Gene.'

“Not many people knew that man making food and scrubbing dishes was the mayor,” Wilson said. “Not only was he a good boss and a good leader, he was a good friend. He always watched out for everybody. That’s the kind of guy he was.”