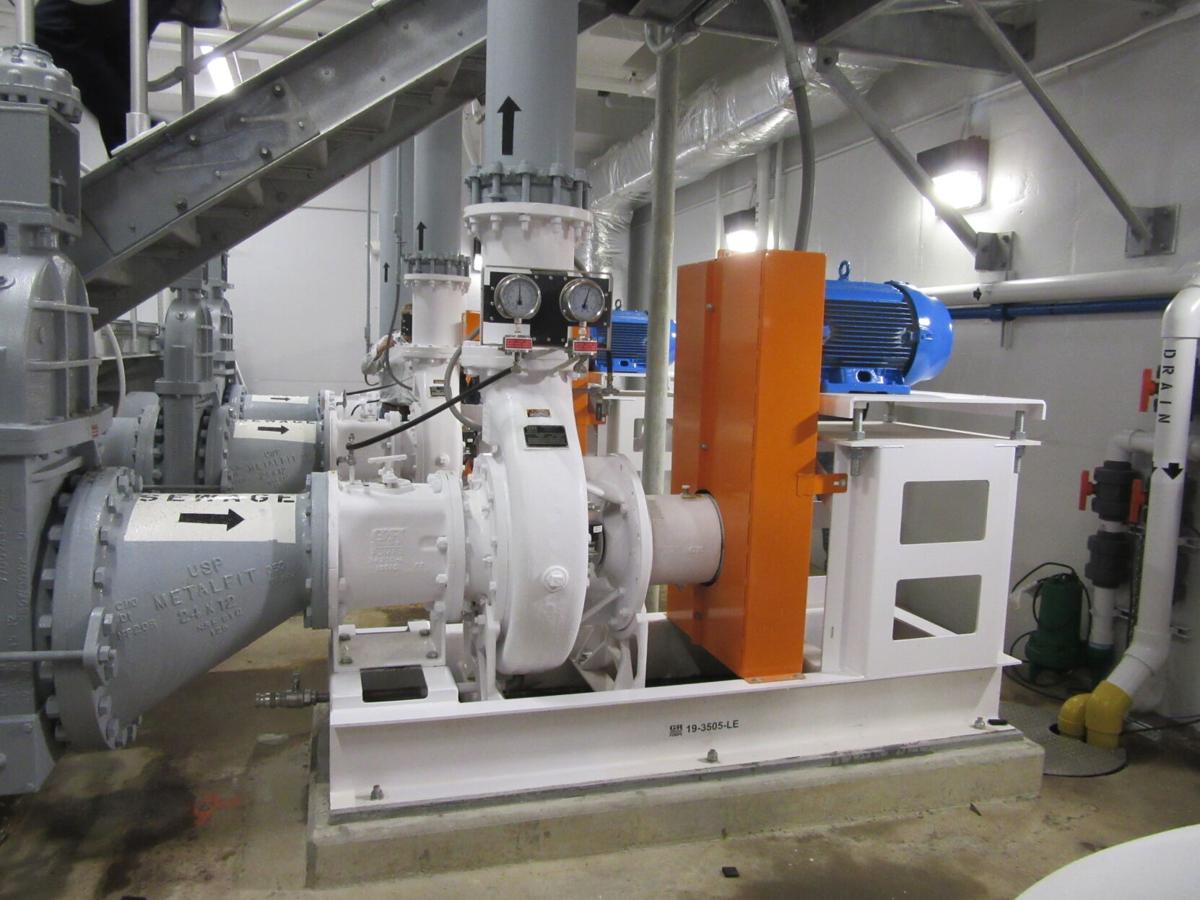 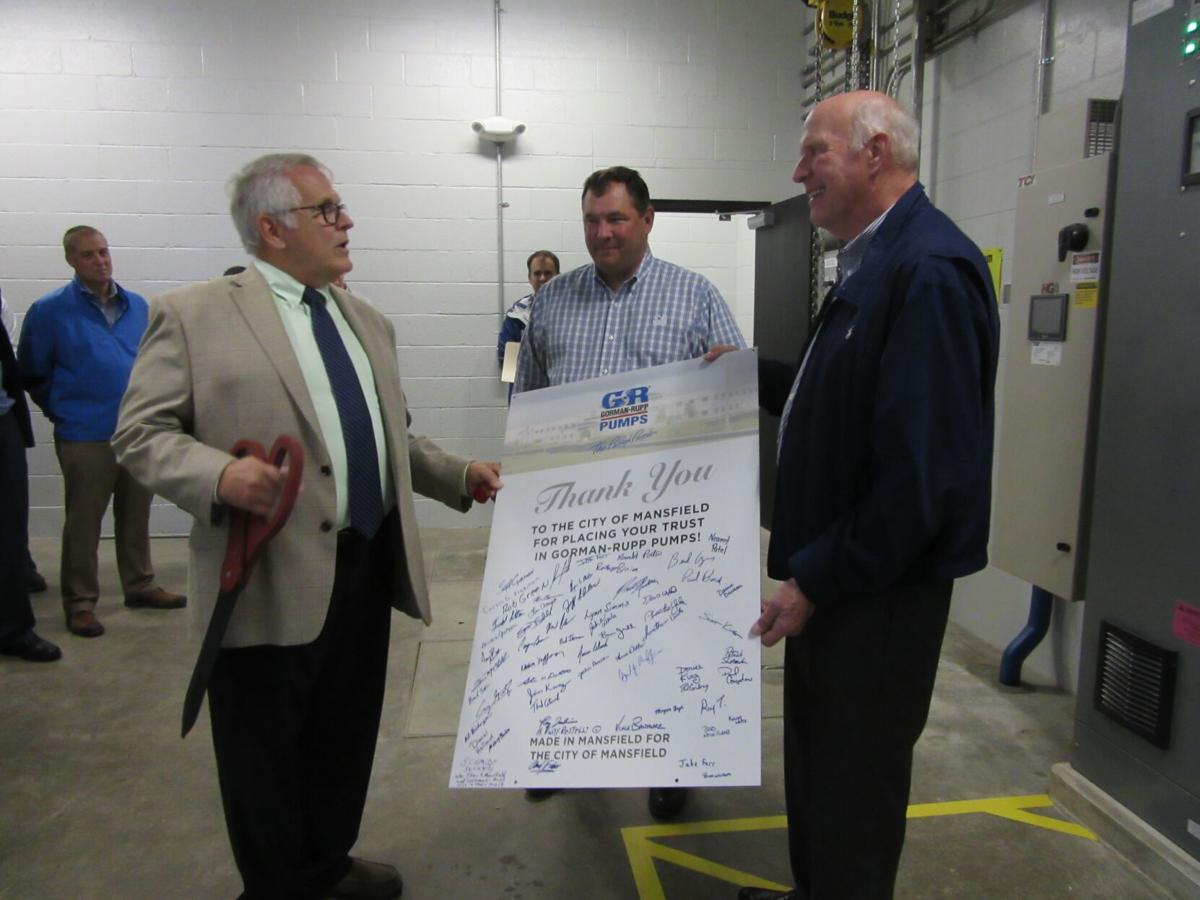 Jeff Gorman (right), chairman and CEO of Gorman-Rupp, presented an acknowledgment to Mansfield Mayor Tim Theaker for awarding the pump upgrade project to the company.

MANSFIELD ─ The city’s wastewater treatment system got a boost recently from a long-time Mansfield business.

The City of Mansfield held a ribbon-cutting ceremony for the new equipment on Thursday.

Jeff Gorman, chairman and CEO for Gorman-Rupp, presented an acknowledgment to Mansfield Mayor Tim Theaker for awarding the project to the company.

It is the 10th lift station in Mansfield that uses the company’s pumps. There are 16 stations in the city,  according to city engineer Bob Bianchi.

Bianchi said the new pumps will handle about 70 percent of the wastewater flow that the city produces, including material from the City of Ontario and other parts of the county.

Sewage, for the most part, has to travel by gravity, Bianchi said. That explains why the pipe coming into the station is about 25 feet underground. The sewage is pumped through a force main sewer to a manhole and sent to the treatment plant for processing.

The city engineer also said the pump station on Park Avenue East was the original treatment plant for Mansfield, which makes it the largest station in the city.

Gorman said the company is involved in water and wastewater infrastructure around the world. But the project for Mansfield was a special order.

“Not only was it a nice size order, but the fact that it was built in Mansfield, and it will be used in Mansfield,” he said. “It's kind of an extension of ‘buy local first’.”

The general capacity of a pump installed at the station is around 16,000 gallons at most per minute, Gorman said. An average household usually produces 200 to 300 gallons of wastewater per day.

Theaker said the pump upgrade means there won’t be backups in the sewer system. The city will be able to process all raw sewage and some stormwater with the help of the station.

Bianchi said the station had pump failures and pipes leaking every week due to the aging equipment, making the processing work less efficient. It was time to overhaul the facility, he said.

The city was fortunate to work with Gorman-Rupp on the refurbishment, Bianchi said. The new pumps will sustain for decades, he said.

The project, including new discharging piping, valves, HVAC and wet-well screening devices, has a total cost of $4.5 million. Bianchi said $500,000 of the money was funded by Ohio Public Works Commission through a grant.

Gorman-Rupp supplies pumps for projects throughout the country. Gorman said the company just installed the 17th pump in the City of New Orleans. Each of the pumps has a capacity of one million gallons per minute.

That is like filling or emptying an Olympic-sized swimming pool in about 20 seconds, the chairman said. If all the 17 pumps work simultaneously, they can produce the same flow as the Ohio River.

Gorman-Rupp has been manufacturing pumps and pumping systems since 1933, according to the company website.

Discussions about water -- the stuff kids like to play in and the same stuff adults have to pay for -- were key topics for discussion Wednesday night at Mansfield City Council.