MANSFIELD -- Jason Bammann was a leader before he got stripes on his shoulder.

The new Mansfield Police Department assistant chief, sworn into the new position on Monday morning, was providing advice to others long ago, according to Capt. Sheri Robertson. 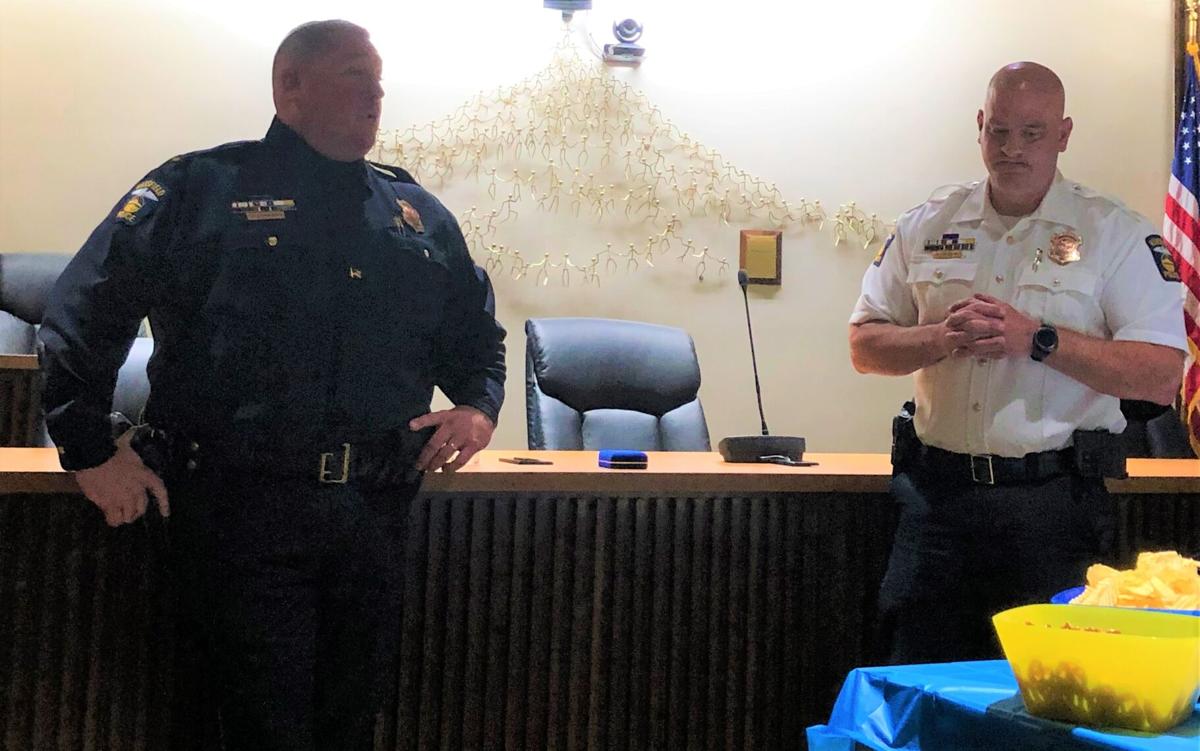 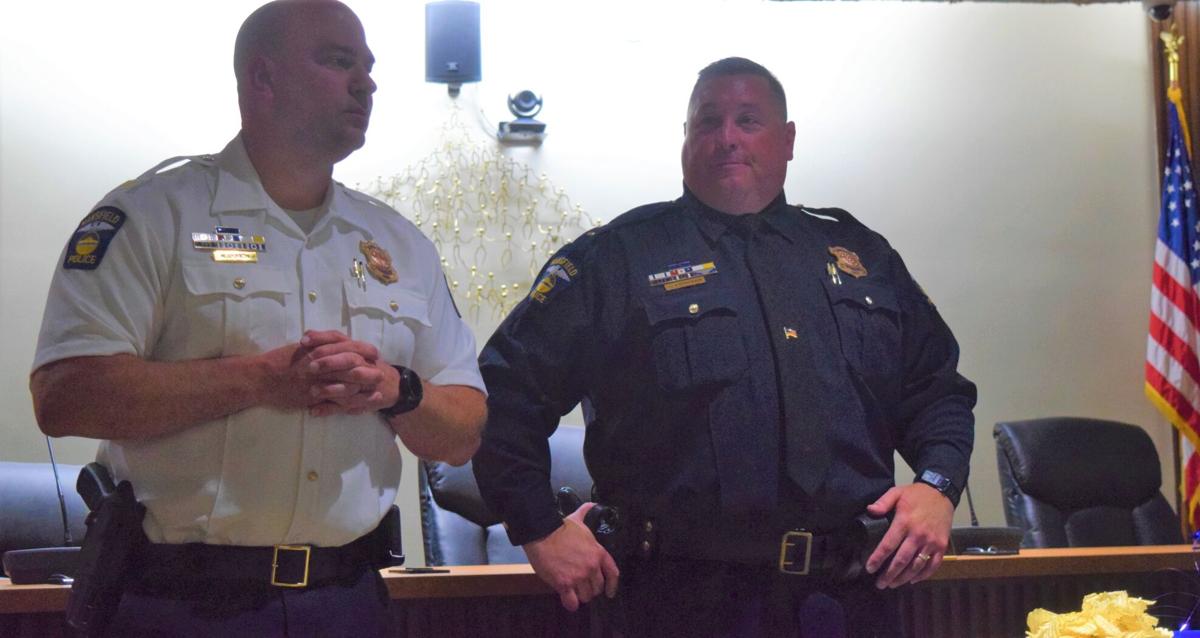 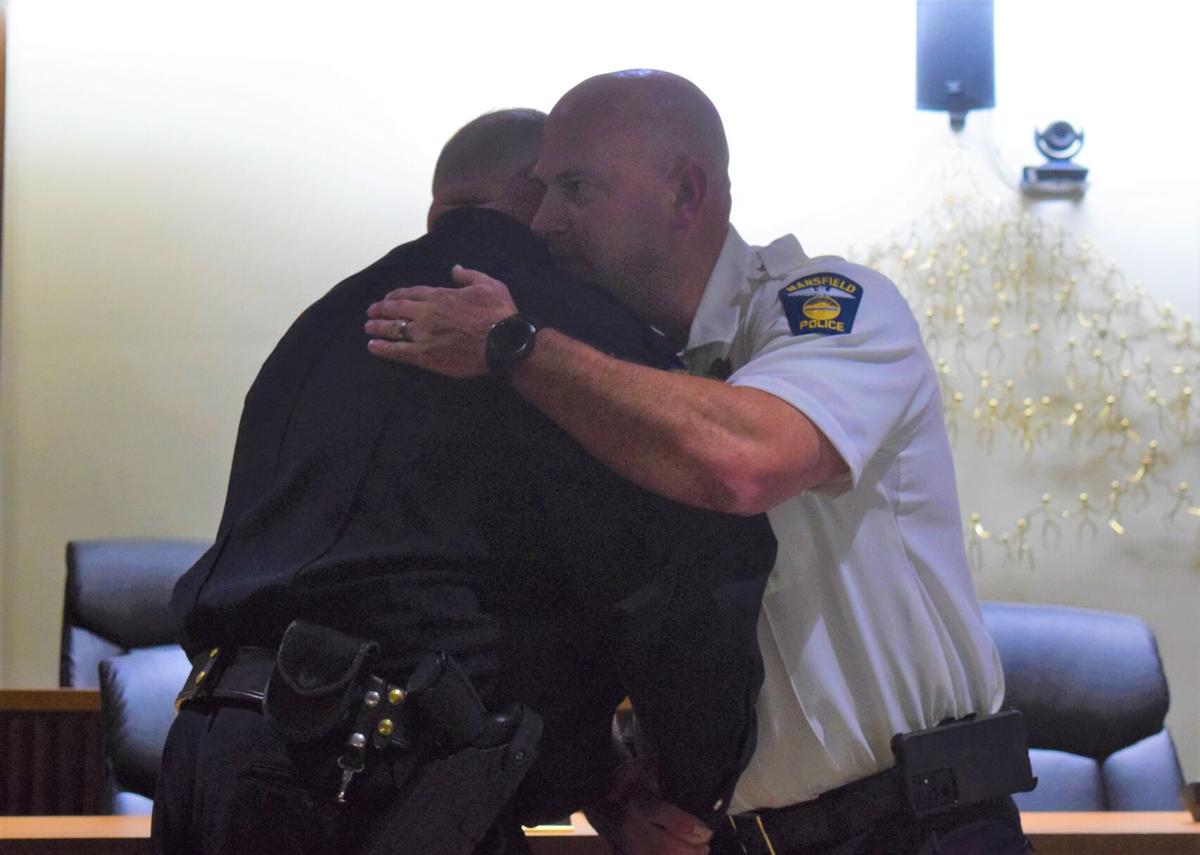 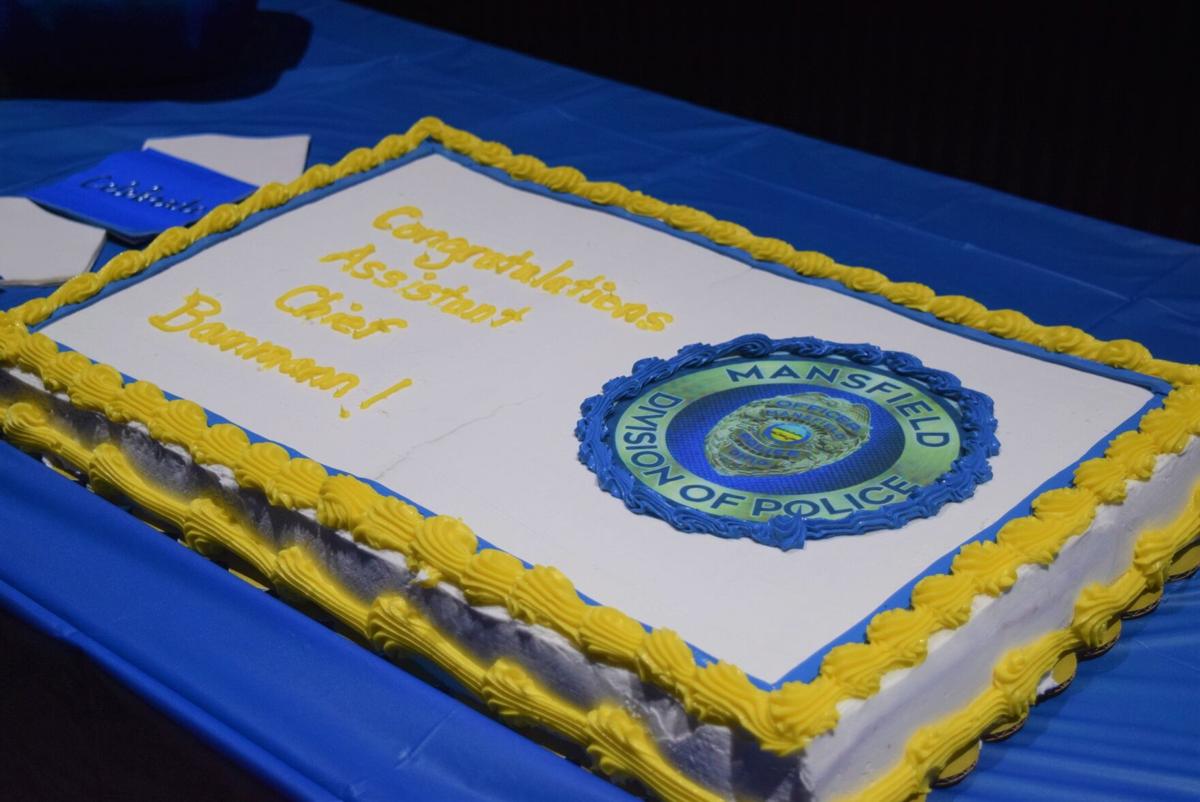 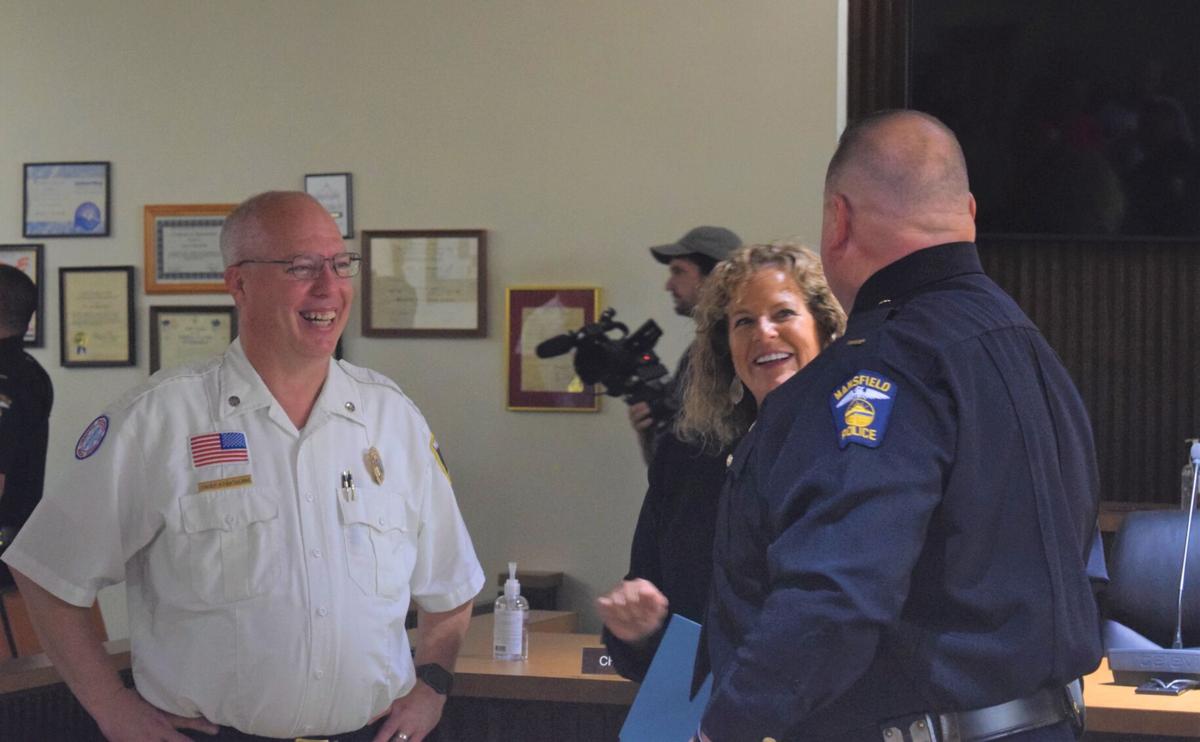 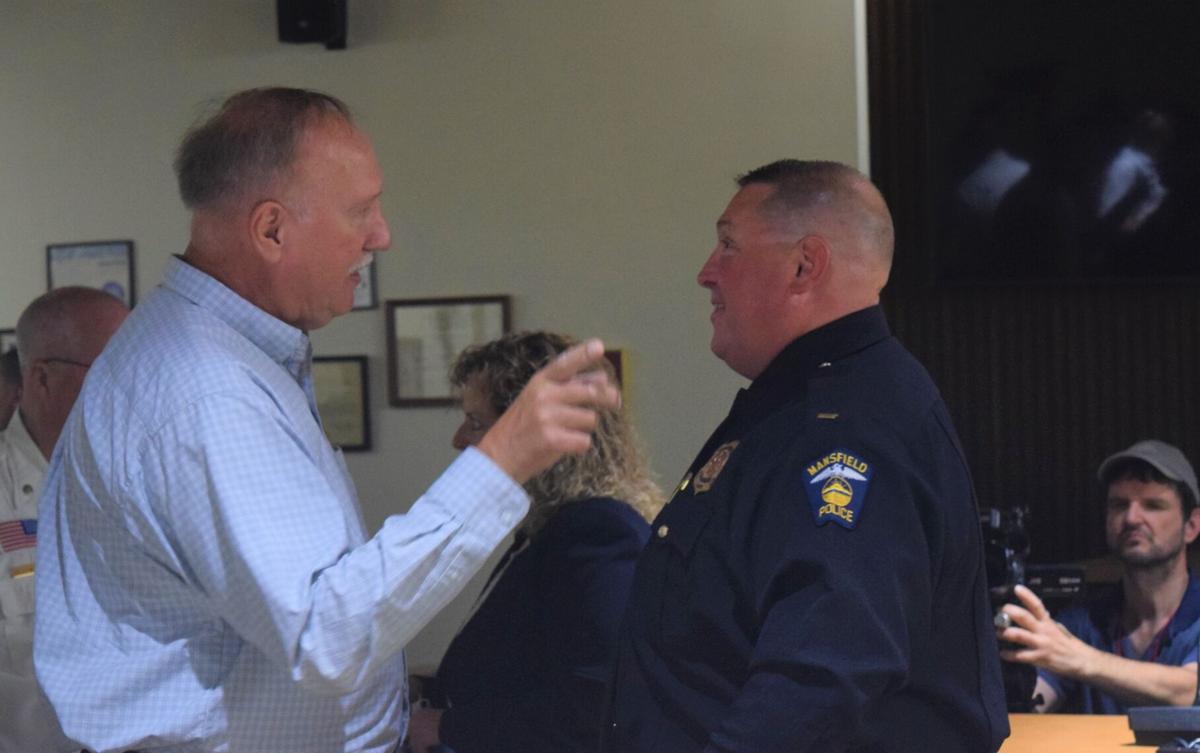 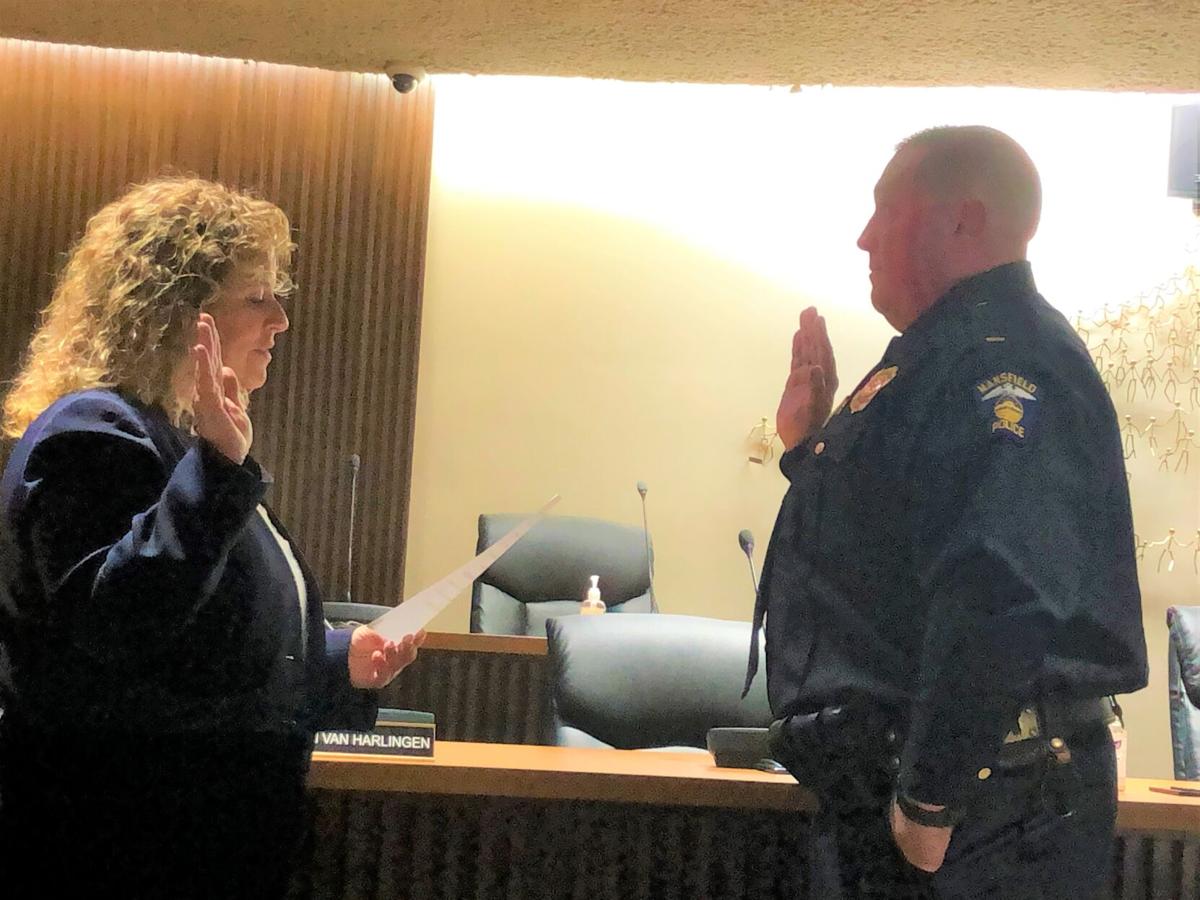 "I was one of those people who told Jason that he was what we would call an informal leader in the department," Robertson said during a promotion ceremony in City Council chambers for Bammann, who joined the department in 1999.

"He may not have had stripes on his shoulder or bars on his shoulders, but people went to him for advice. As a young sergeant, I knew if I wanted to get buy-in from the troops, I had to convince Jason of whatever the plan was."

The 47-year-old Bammann moved from lieutenant to assistant chief with the move, selected for the new post by Chief Keith Porch and Mayor Tim Theaker. He comes by police work honestly as the son of retired MPD Sgt. Mike Bammann, who is still president of Fraternal Order of Police Lodge 32 after his own 35-year career.

"Police work is pettty much all I have known," the younger Bammann said. "My father tried to talk me out of it, but I didn't listen. I owe all of this to him, even getting into this job."

Bammann replaces Joe Petrycki, who retired this month after two years in the department's No. 2 position. The audience who gathered to witness Bammann's new oath, administered by Safety Service Director Lori Cope, was the largest in council chambers since the COVID-19 pandemic began.

"The selection of Jason sets up the department for success," Porch said. "The command staff I have around me, which includes Jason, gives me full confidence that the goals and objectives of the department will be handled quickly, efficiently and professionally."

Porch said Bammann joined the MPD just a few months after he did and has risen through the ranks and roles, including being promoted to sergeant in 2014 and leiutenant in 2018. Having served as field training officer, intelligence liason officer and armorer, Bammann has most recently worked as the commander of the METRICH Enforcement Unit.

"This was never in my path of things that I wanted to do or excel to do," Bammann said. "I just wanted to be a policeman and I was quite happy working nightwatch and riding it out until someone lit a fire and here we are today.

"Each of the jobs I have had each had things that I will miss. The cool part about this new position is I can wander back into those and play a different role. Maybe I can lend a hand and help the men and women of this department now doing those jobs."

The new assistant chief's wife, Stephanie, pinned on his new badge and rank, witnessed by his son, Blake, 22, and daughter, Jillian, 17.

"I can say everybody in this room has played a part at some point in my career and I owe it to all of you for getting me here," Bammann said. "This isn't just me. This is the entire room. So I hope to do a good job."