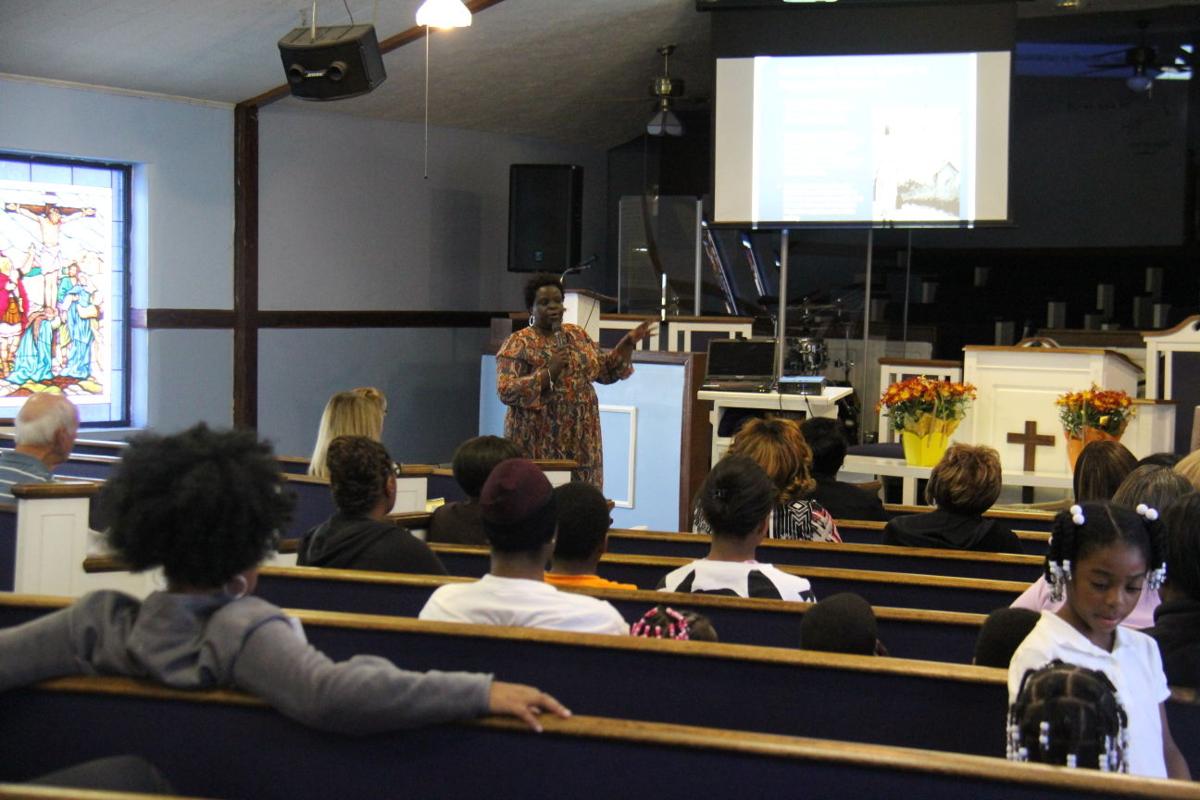 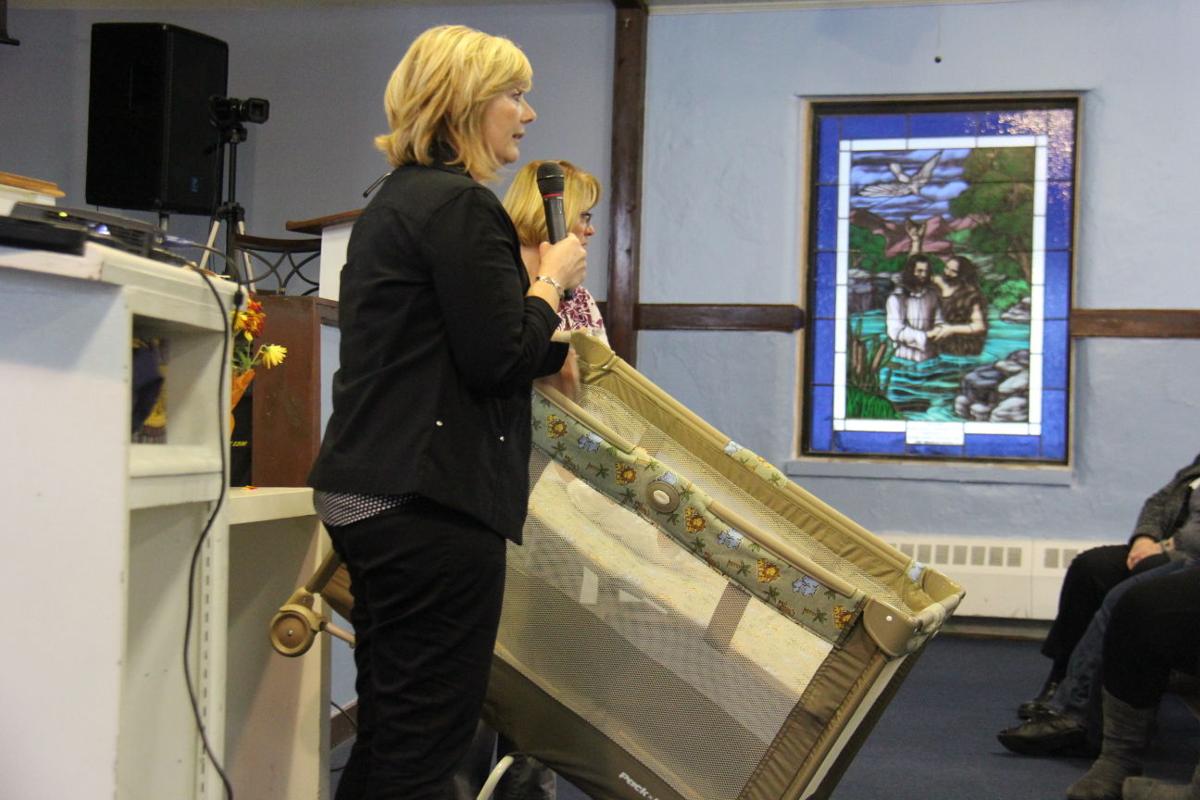 Clara Freer, a member of the Infant Mortality Community team and a Richland Public Health registered nurse, displays a Pack 'n Play, noting that the Ohio Department of Health, in partnership with Cribs For Kids, provides free crib "survival kits" to families who could not otherwise afford them. 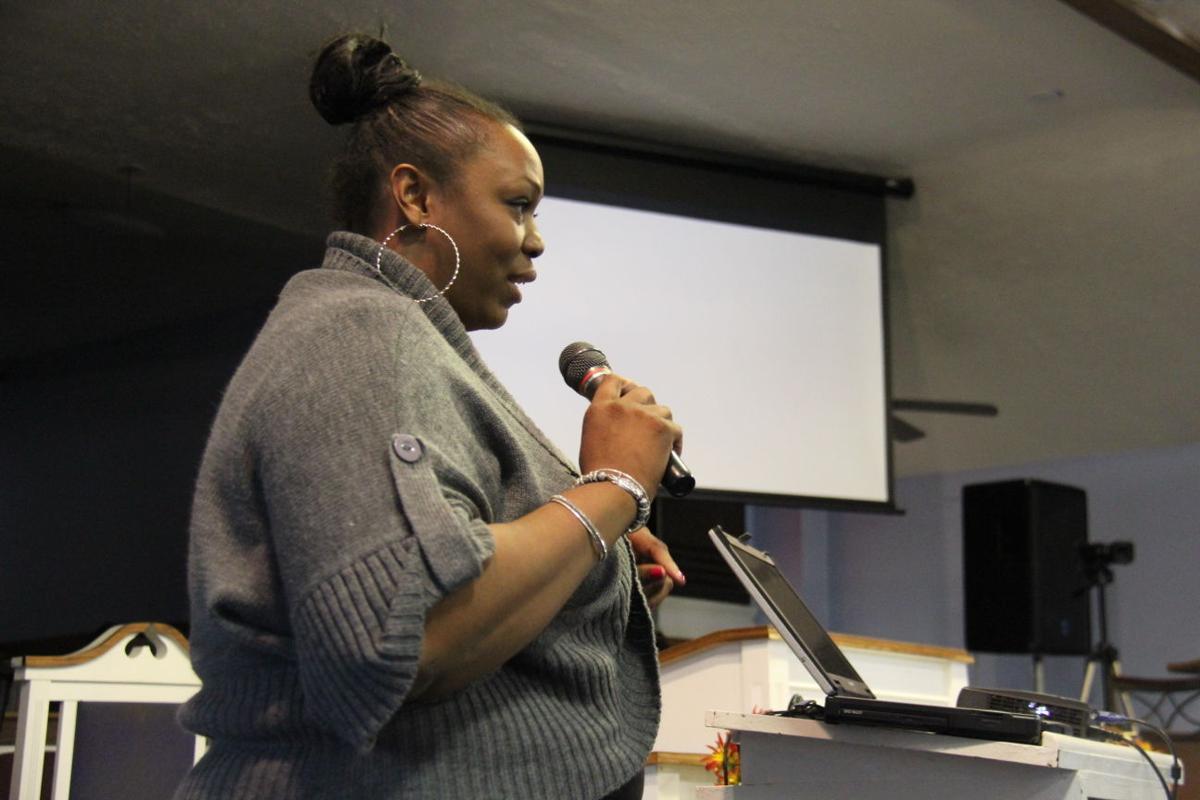 Shanay Crawford shares her story of personal loss at a community forum on infant mortality in October 2015.

Scott, program coordinator of SID Network of Ohio, presented a graph that illustrated the U.S. infant mortality rates from 2011 through 2013. According to the graph, Ohio was the only state to appear in each top 10 ranking for highest infant mortality rate in all four categories (overall, white, black and Hispanic).

"Typically, as Dr. Scott said, the infant mortality rate is twice for black babies as it is white babies, and I think our county is fairly reflective of that," Freer said.

By definition, SIDS is the sudden, unexplained death of a baby younger than one that doesn't have a known cause after a complete investigation. Though SIDS is not preventable, the risk can be reduced, Scott said.

Scott also discussed sleep-related infant deaths and their causes, which could include accidental suffocation and strangulation, bed sharing, wedging or entrapment.

Approximately 3,400 sleep-related infant deaths happen each year throughout the nation, she said. She advised that babies should be placed in the supine position in their crib.

"We know that babies who are put on their tummies to sleep have five times greater the risk of SIDS," she said.

She also encouraged parents to place the baby in his or her own sleep area, whether a crib or bassinet.

"We recommend co-sleeping but not bed sharing," she said.

Co-sleeping means the baby is in the same room as the parent but has his or her own sleep area. Other recommendations include placing the baby on a firm sleep surface that doesn't have a lot of pillows, blankets or quilts, making sure the baby has routine immunizations, breastfeeding and offering a pacifier at naptime and nighttime.

"We see that the more babies who use pacifiers die less of SIDS than babies who do not," she said.

Freer noted the Ohio Department of Health, in partnership with Cribs For Kids, provides free crib "survival kits" to families who could not otherwise afford them.

"If parents don't have a safe sleep area for their baby, we can provide this for them," she said.

Shanay Crawford closed the forum by sharing about her personal loss. In 2004, she gave birth to her second daughter, who died two months later.

"It was determined SIDS," she said. "It wasn't difficult for me when she passed simply because I know as a parent I did everything I needed to do. I went to all of my doctor's appointments faithfully. I did all of my pediatrician visits. I did everything that I was supposed to do as a parent to make sure that my child would be safe.

"Unfortunately, she did, however, pass away."

"I decided to work there because CHAP is focused on making sure that we have healthy babies," she said. "I've always said that it takes a community to raise a child."