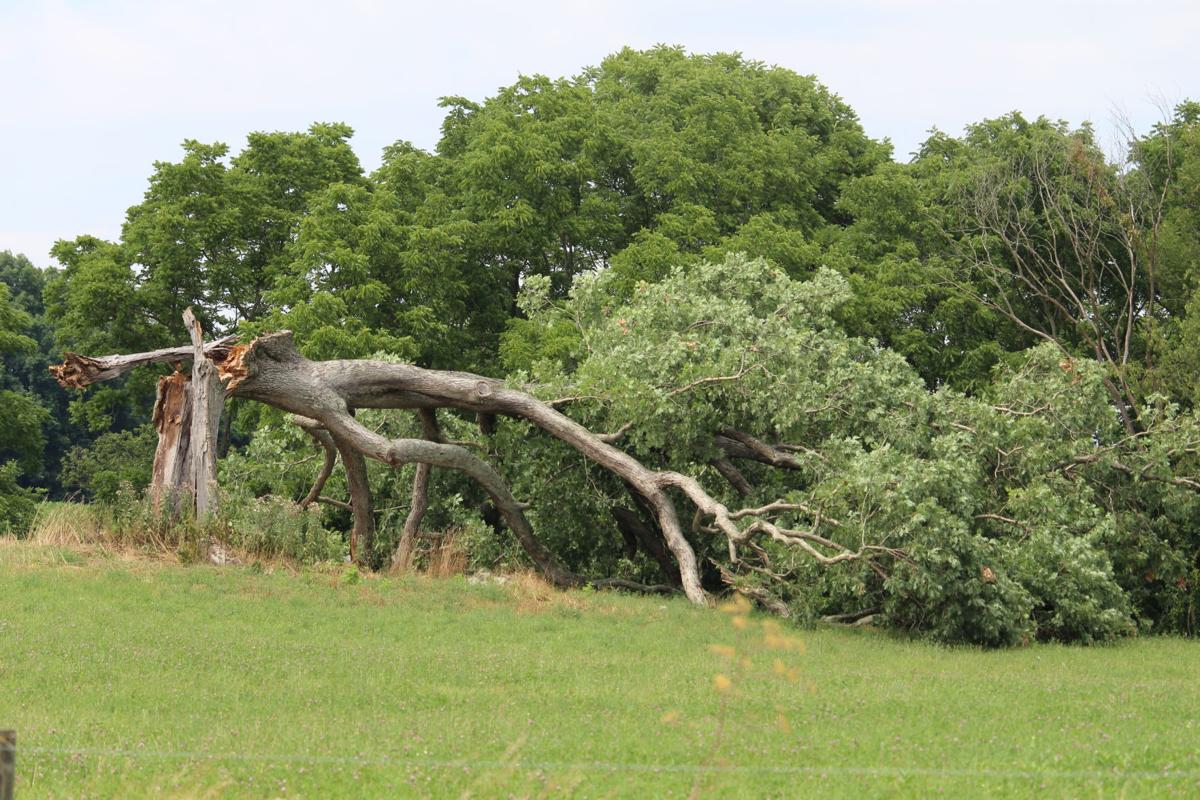 The historic oak tree made famous by "The Shawshank Redemption" has fallen. 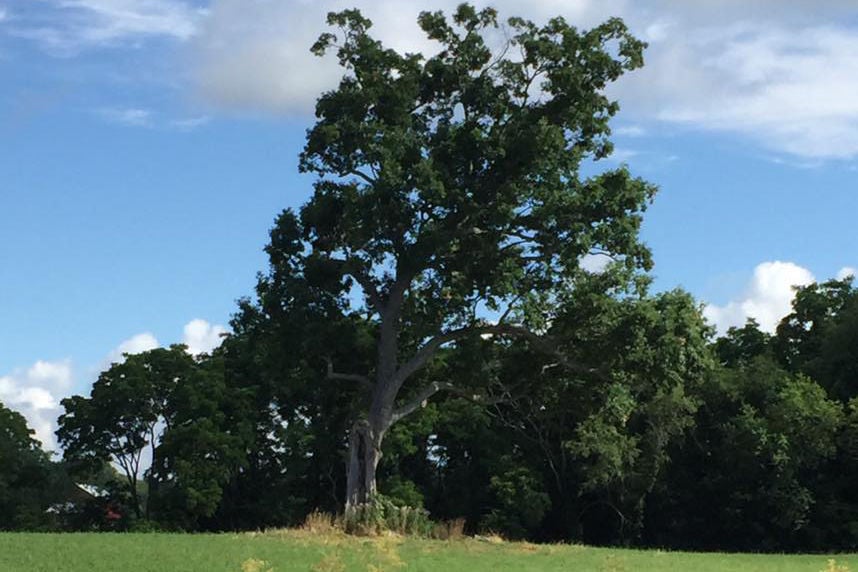 Richland Source reader Erica Parnisari captured this photo of the historic Shawshank oak just days before it fell in July 2016.

The big oak, that served as a significant prop in the 1994 hit movie "The Shawshank Redemption" (starring Tim Robbins and Morgan Freeman) fell on Friday after storms hit the area.

The tree was damaged on July 29, 2011, when it was caught in the path of another storm. Now, just a week short of five years later, it has collapsed.

Lucas Farm, LTD owns the property where the tree is located on Pleasant Valley Road. Attorney Jodie Dees, managing member of the LTD, declined comment, but asked Shawshank fans to continue to respect the tree site, as it is located on private property.

The famous oak tree in "The Shawshank Redemption" was where Red (Morgan Freeman) walked along a hay field and removed stones from a rock wall where Andy (Tim Robbins) left an envelope of money for him.

Mark Jordan, manager at the Malabar Farm Hostel, has spoken with several people who've wanted to catch a glimpse of the Shawshank tree.

"I've talked with lots of people who have come to Malabar Farm to see the tree," he said.

The tree holds a special place in many people's heart. That includes Jordan, who was cast as an extra in "The Shawshank Redemption." He was one of the prisoners in the movie.

Jordan wasn't sure when the tree came down, but he noticed it was still standing Thursday night. He's able to see the tree from the hostel, he said.

"I just had an eye exam a couple weeks ago and was getting a new pair of glasses (this morning)," he said. "So I was in a rush to go get my glasses and I was not paying any attention to anything over here (where the tree is located), so I drove off without even looking over here.

"And while I was picking up my glasses, one of my friends posted on Facebook a picture of the tree."

He then rushed home, grabbed his camera, and saw for himself the tree on its side.

Dan Dees was on scene Friday afternoon and surveyed the damages.  He guessed the tree fell sometime before noon.

"It was up this morning," he said.

He thinks its demise was caused by a combination of weather, its age and previous damage that it suffered from heavy storms.

Jordan remembers when the tree split in 2011.

"Five years ago, a severe storm hit, and it was almost like it chopped the tree in half," he said. "Half of it fell down, but the other half of the tree stayed up, and everyone wondered how long can a tree last being half destroyed like that. And remarkably, it hung on five years."

John and Marge Shoemaker were helping decorate the main barn at Malabar Farm for a relative's wedding when they heard the news.

The couple from Texas said they participated in a tour of Malabar Farm the day prior and were able to see the tree when it was still standing.

According to the Mansfield and Richland County Visitor's Bureau, the oak tree is on private property and is being used as agricultural farmland. Visitors are asked to respect the owner's property and land by not trespassing. Do not climb on or over the fence.