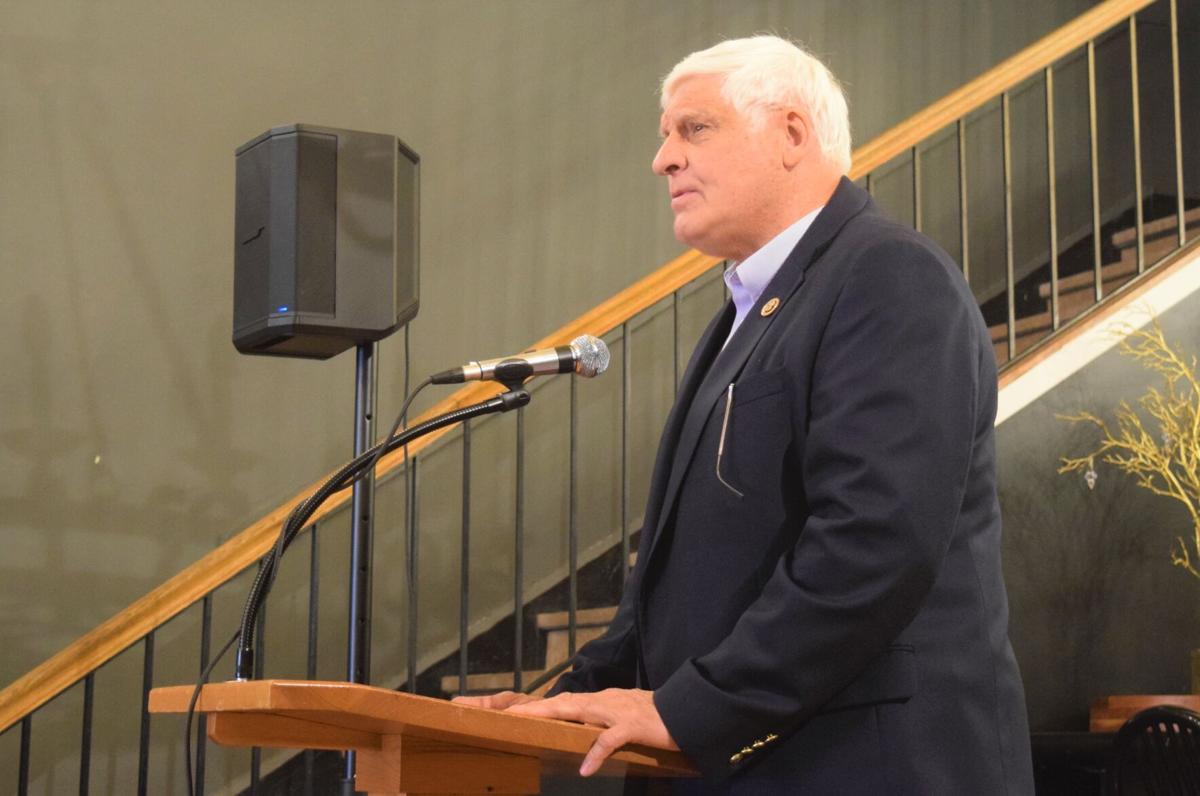 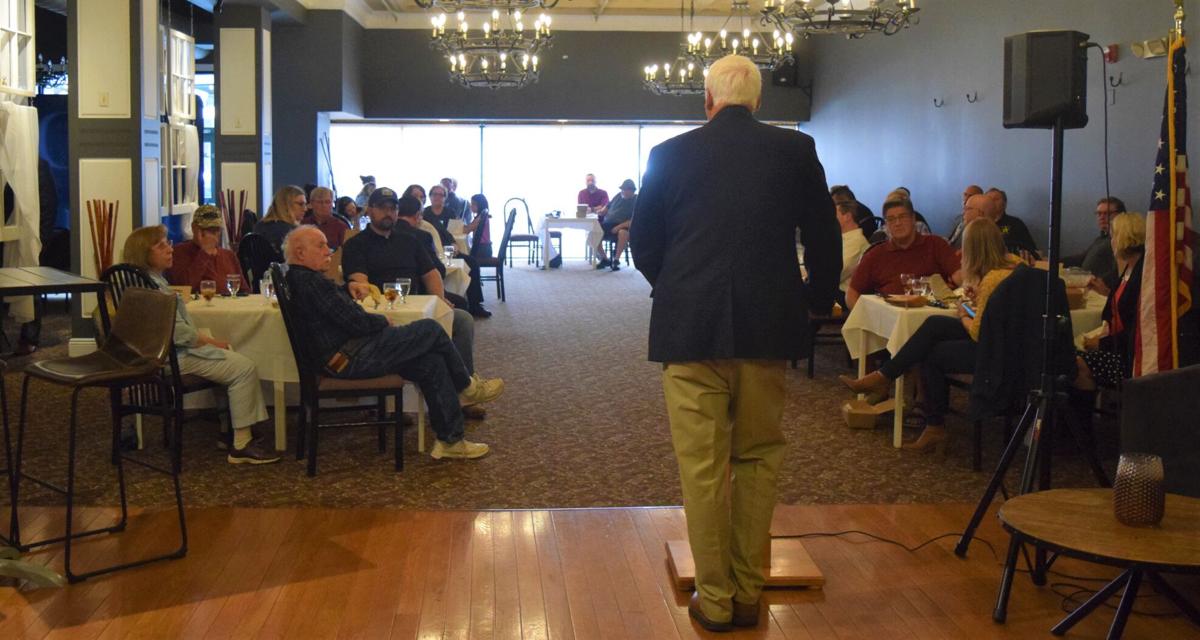 MANSFIELD -- There is no bipartisanship in the nation's capitol these days, according to U.S. Rep. Bob Gibbs.

Gibbs, whose 7th Ohio District includes northern Richland County, as well as Ashland and Knox counties, told Richland County Republicans on Monday that Democrats have no interest in listening to GOP ideas.

He said House Speaker Nancy Pelosi's (D-California) decision to install metal detectors that members of Congress have to pass through in order to enter the House chamber is an example of why the nation's two major political parties can not work together.

"We have some Democrats that actually think some Republicans are going to shoot them on the House floor. They have said that. It's insulting. It's crazy," Gibbs said during the party's monthly luncheon at DLX in downtown Mansfield.

"And if you think we're going to have bipartisanship and unity like President Biden talks about, and everything he does is 180 degrees from that ... there's no unity. There's no bipartisanship," Gibbs said.

Gibbs, who has been in Congress since 2010, blasted the Democrats who now control the White House, Senate and House.

"We have got a bunch of incompetent imbeciles running this country right now," said Gibbs, a Holmes County resident who earned 68 percent of the vote in gaining re-election in 2020.

The veteran politician criticized the Biden administration and Congressional Democrats on a variety of topics, including the situation with migrants at the southern border with Mexico, the recently approved $1.9 trillion American Rescue Plan, a proposed $2 trillion infrastructure plan, and HR 1 (For The People Act of 2021), which he said would corrupt American elections.

"HR 1 passed out of the House. Hopefully, it will die in the Senate. Not one Republican in the House voted for it," Gibbs said.

One aspect of the bill would eliminate the requirement for voter ID that is found in many states, Gibbs said.

"Democrats can't always win (elections), so they like to change the rules. If HR 1 would take effect, which I think is unconstitutional, at least for the rest of my life, I don't see how a Republican wins the White House .. or wins anything," he said.

Gibbs said he visited the U.S. border with Mexico during a trip to Arizona in January. He said he also met with ranchers and that the situation involving migrants coming across the border illegally is a "humanitarian crisis and a national security issue."

He said the vast majority of the funds expended in the American Rescue Plan are going to "bail out blue states that were in (financial) trouble before COVID."

Gibbs also said the bulk of the planned infrastructure legislation will not be used on "actual roads and bridges" and will instead be used for Democratic pet projects.

"It's a progressive wish list that you're going to be paying for with your tax dollars for many years to come," he said.

During a brief Q&A after his speech, Gibbs was asked if he planned to see re-election in 2022, an election cycle he said was key to Republicans regaining control of the House. He said he would make a decision next year after Ohio re-draws its Congressional districts.

Election post-mortem: What did we learn about north central Ohio?

While the country waits on a final presidential race decision, what did Tuesday's election tell us about north central Ohio?