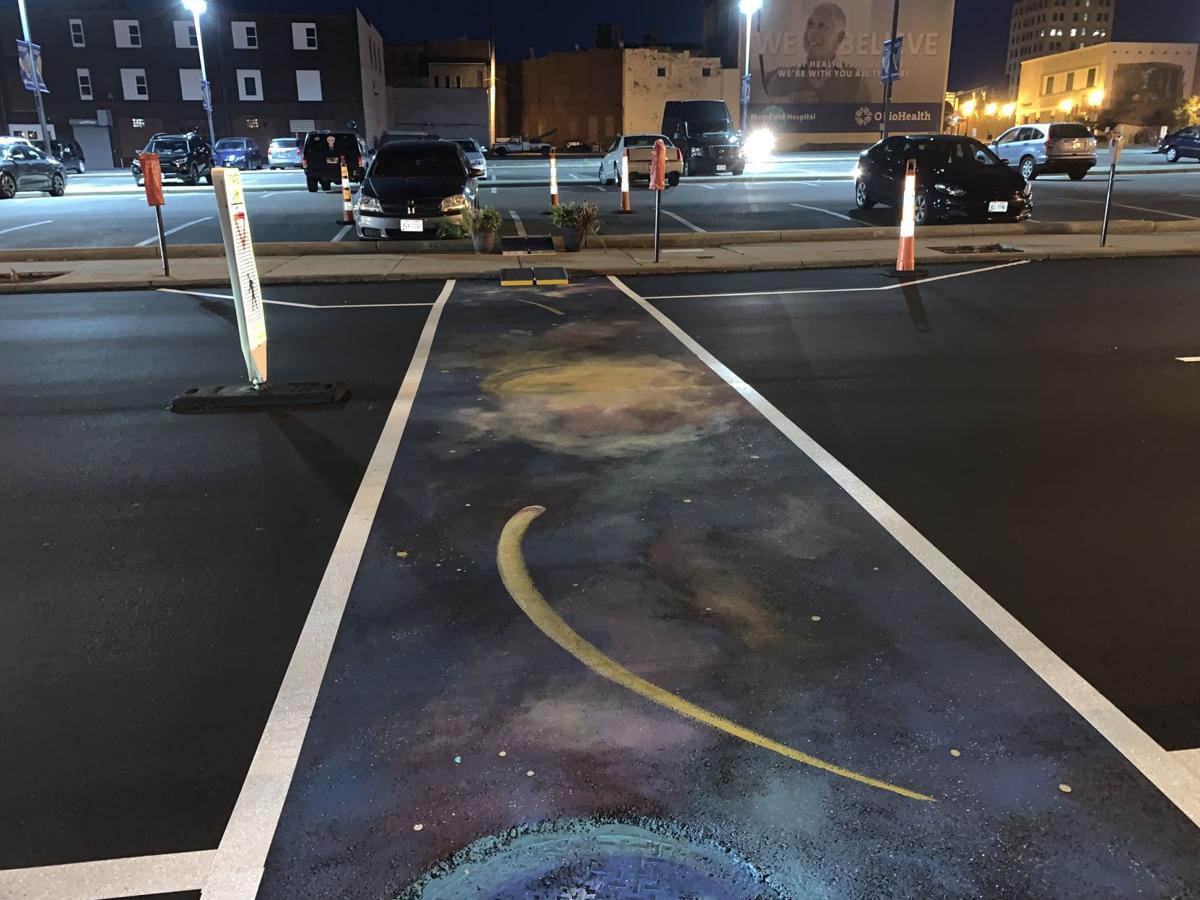 A crosswalk in the mid-block area of Fourth Street in downtown Mansfield was part of a temporary walk-ability project.

A temporary walk-ability project in downtown Mansfield comes to an end on Saturday. It will be then up to the City of Mansfield on whether to create a permanent project. 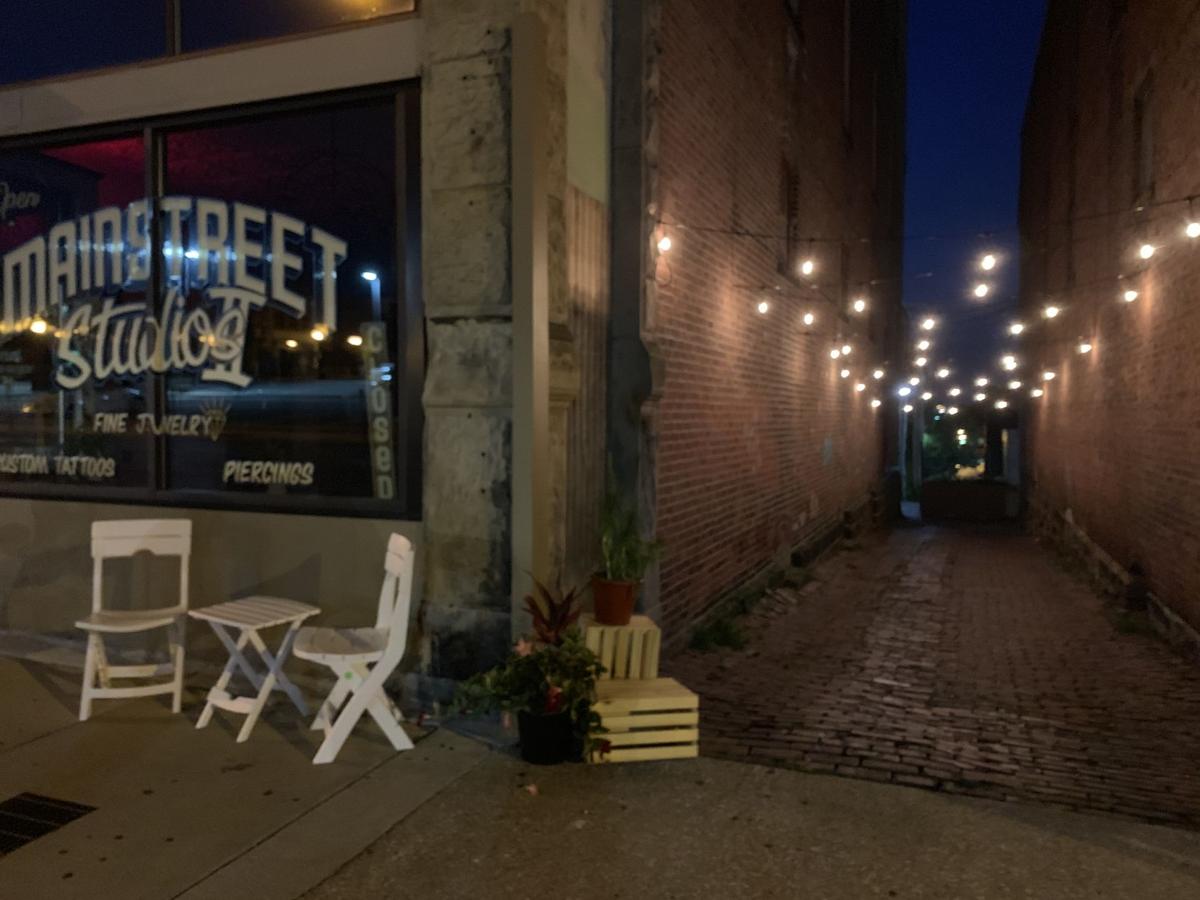 Chairs, tables and flower pots were all part of a temporary walk-ability project in downtown Mansfield. 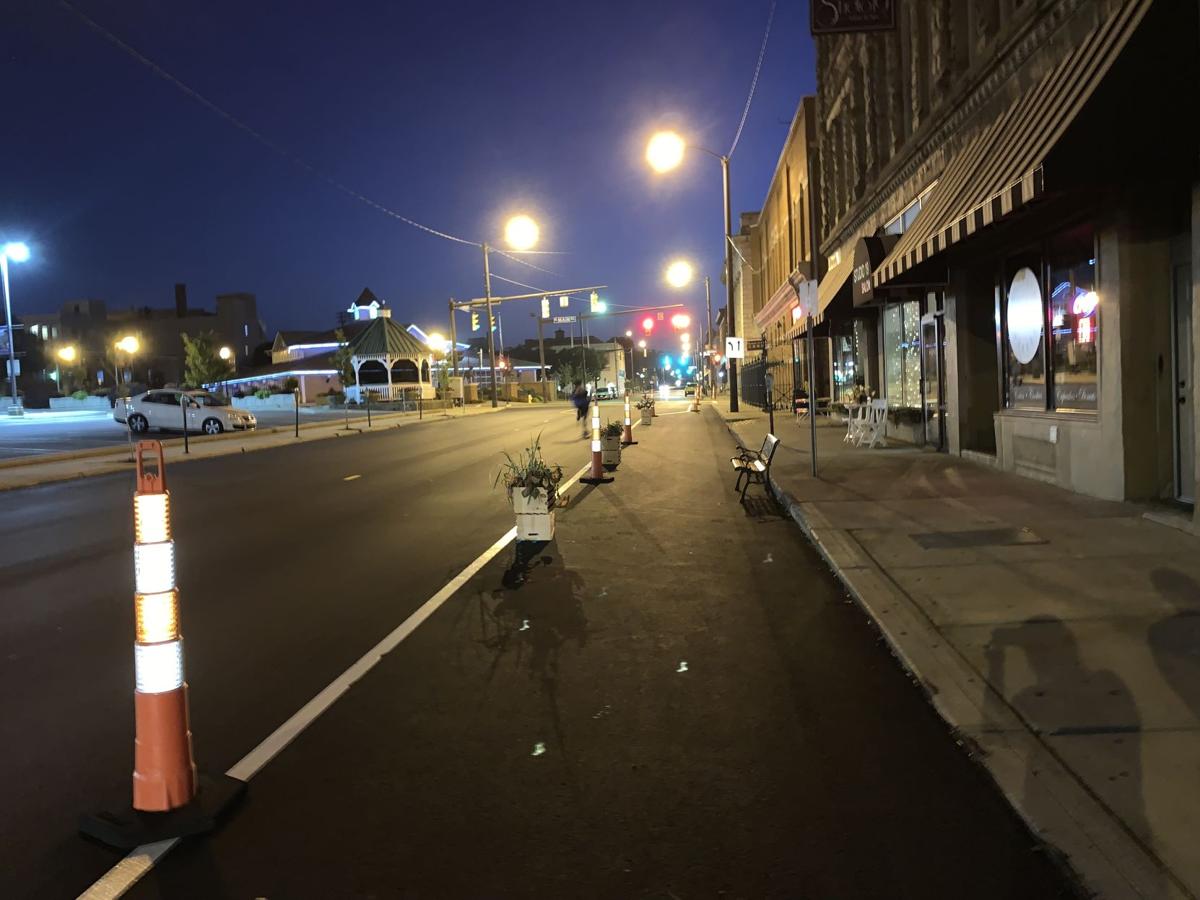 Extending the sidewalk into Fourth Street and creating a more friendly pedestrian experience were part of a temporary walk-ability project in downtown Mansfield.

MANSFIELD -- The future of a walk-ability project in the downtown will soon be in the hands of the City of Mansfield.

A two-week "pop-up" demonstration of what a pedestrian-friendly space could do for the downtown will end Saturday, according to Nick Leturgey, transportation planner for the Richland County Regional Planning Commission.

The project, which extended over parking spaces on the north side of Fourth Street with tables, chairs and flower pots, began Aug. 2.

Leturgey was at the site of the project Friday morning, surveying and talking to residents using the Fourth Street area between North Diamond and North Main streets.

He will be back this evening between 8 and 10 p.m. and the RCRPC will offer an online survey starting Monday.

"I want to get the peak hours for the businesses (such as Buckeye Bakery in the morning and City Grille at night). We wanted to come down (today) after people had a couple of weeks to get used to the project," he said.

Once the feedback is received, including conversations with the businesses on the block, Leturgey said it will be presented to city officials.

"It's been mixed feedback so far," Leturgey said. "I haven't really had the time to dive into the comments. Some people really love it and some people don't.

"The biggest concerns people seem to have are they don't want to have to park in the Municipal Parking lot to get their doughnuts. They are also concerned about seating so close to the road and what could happen if a car drives through. Once you talk to them about that, that concern seems to go away.

"People love the mid-block crosswalk, how it works and how it looks. Some feel the seating is very nice, also," Leturgey said. "We also want to talk to businesses in that area and see how it affected their business during the project."

"For any of this to become permanent, it would be the city's responsibility."

The colorful mid-block crosswalk, created by local artists, will remain for another month on a trial basis, Leturgey said, though it will up to the city to maintain and utilize it once the temporary project ends Saturday.

Leturgey said the online survey would likely remain active for a couple of weeks and then the results shared with the city.

The project is one of the ideas suggested in the Mansfield Rising plan, written by 15 local residents and released earlier this year. The temporary "pop-up" project was funded by the Richland County Foundation.

Bricks successfully salvaged four years ago when Mansfield eliminated its last brick road will be used in a new Fourth Street mid-block crosswalk, an idea put forth in the Mansfield Rising plan.