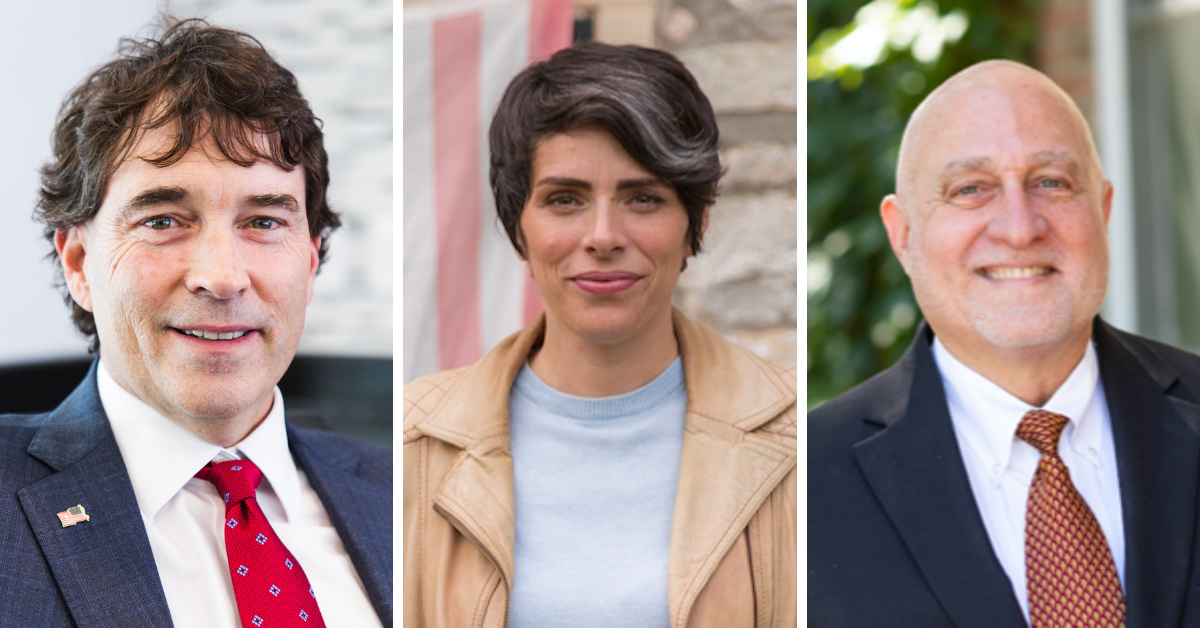 Voters in Ohio's 12th Congressional District are choosing between three candidates in the Nov. 3 general election.

The district includes Delaware, Morrow and and Licking Counties,  along with parts of Richland, Franklin, Marion and Muskingum counties.

Members of the U.S. House of Representatives serve two-year terms and are paid $174,000 annually.

Here is a look at the three candidates:

Born and raised in Southeastern Ohio, the 58-year-old Balderson graduated from Zanesville High School and went on to attend college at both Muskingum College and The Ohio State University.

Prior to his time in the state legislature, Balderson and his family owned and operated a farm in Adamsville, Ohio, for several generations. He also worked at an automotive dealership that was in the family for three generations.

Balderson is a former state senator and state representative in Ohio, positions he held for 12 years  total. He was elected to the U.S. House of Representatives in a high-profile 2018 special election after former Rep. Pat Tiberi announced his resignation from office to lead the Ohio Business Roundtable.

In the special election, Balderson defeated Franklin County Recorder Danny O'Connor by just under one percentage point. A few months later, he defeated O'Connor in the 2018 midterm election by 4.2 percentage points.

Reviving a national economy devastated by the coronavirus pandemic that reached the country in January is Balderson's top issue.

"We can do it again. When politicians in Washington try to raise taxes and overregulate small businesses, I will protect jobs and hard-earned paychecks. I support fair-trade deals that protect our jobs, manufacturers and farmers. Better trade deals both strengthen our economy and keep our country secure and competitive in global markets," Balderson said.

Balderson said he supports the idea of a balanced budget amendment to the U.S. Constitution, "forcing Washington to live within it means, just like Ohio's families. Our nation is trillions in debt, and Congress’ spending is out of control."

Balderson serves on the House Agriculture Committee, which he called essential work in a state that has more than 77,000 farms covering almost 14 million acres and contributing $124 billion annually to Ohio's economy.

"As a former farmer myself, I understand the unique challenges facing our farming communities and remain committed to ensure they are equipped for the pandemic’s evolving challenges," Balderson said.

When the pandemic caused non-essential businesses to close, Balderson said he fought for the Paycheck Protection Program and small business tax credits and demanded emergency supply chains not dependent on foreign countries.

The 41-year-old Shearer, Balderson's Democratic challenger, is a former radio reporter and news anchor in Columbus.

She is the founder of a small business which connects women in digital media, now known as Together Digital.

Shearer is running her campaign on growing small businesses in Ohio, supporting the passage of the Equality Act, and legalizing marijuana.

"As a business owner, a mother and an American, I can not choose to stand down and watch as our current representative continues to choose partisan politics over all else," Shearer told Ballotpedia.

"In my life, I have faced personal loss, single motherhood, highs and lows as a business owner, and sexual harassment. But in every case, I have picked myself back up, turning each challenge into a lesson-learned and a new opportunity. I have fought to forge a path not only for myself, but for all others behind me," Shearer said.

Her campaign themes are:

Affordable Healthcare: "The first priority must be stabilizing and restoring the Affordable Care Act in order to maintain coverage for those with pre-existing conditions, and to ensure that everyone has the choice to be covered under a public option. No American should ever have to go bankrupt or die because of the cost of healthcare. I support an immediate action to create an income-based cap on the amount any individual or family should pay out of pocket on medical expenses, including prescriptions."

Small Business Protection: "50% of small businesses fail within the first five years. This is because they do not receive the protections or support they need from the government the way that huge corporations do. I want to make sure that small business owners and employees feel supported and heard by their representative. I know what it takes to keep a business afloat. I am committed to defending small businesses in Washington."

Women's Rights: "After experiencing gender inequality in several jobs and several fields, I began a national women's network for women in digital and tech careers. As a result of this powerful network, women have negotiated pay raises, paid maternity leave and healthcare coverage. It's time to end pay inequities in America based on gender, race and sexual orientation. I am a passionate advocate for equal pay, paid family leave and for creating the structural change needed to tear down the barriers that keep women of all backgrounds from achieving everything they can."

As a mother, Shearer said she is passionate about giving her children a future in this country.

"This means protecting all civil liberties, taking measures to make sure they are safe from gun violence and protecting the environment, just to name a few," she said.

"As the daughter of a physician who took care of people regardless of their ability to pay, I am passionate about creating affordable healthcare and finding new paths forward to combat the opioid crisis," Shearer said.

"As a woman, I am passionate about ensuring women's and minorities' rights are protected everywhere, including in the workplace. We need equal pay, and workers need to maintain collective bargaining rights in order to advocate for themselves and others," Shearer said.

According to information the 68-year-old Stewart supplied to Ballotpedia, he spent a successful career in the trucking industry that has benefitted four generations of the Stewart family.

Stewart grew up in Worthington and currently lives in Gahanna. He supports the Libertarian Party because he believes the two-party system has failed citizens.

"The Democrat and Republican parties have grossly mismanaged the finances of the federal government. The economy is shaky from too much intervention. The moral foundation and national character have been weakened. The citizens are being forced to choose from only two approaches to our problems, and both of them are wrong. The country needs a third voice, a voice of restraint, tolerance, and free markets," Stewart said.

He said time-honored American ideals of hard work, thrift, self-reliance, honesty, integrity, respect and others are under attack.

'"If you can't be anything else, at least be on time.' These are among the time-honored American ideals that one way or another are either weaker or actively under attack," he said.

"Everything has exploded in cost. This is especially true of things the government subsidizes, reimburses or regulates. No one has any incentive to keep cost down when the government is involved," Stewart said.

He said law enforcement, military and border protection are desperately in need of a newly defined mission.

"Our military is desperate for a mission that is worthy of traditional values and historical roots. We must take America off foreign battlefields. We must keep America free at home and at peace with other countries abroad," he said.

"Obviously, our government has grown too big and inefficient. In the House, I will collaborate with other members and libertarian think tanks to eliminate federal agencies and reduce the federal budget," Stewart said.

Crawford County voters have three choices on Nov. 3 to represent them in the U.S. Congress. The county voters will also cast ballots for the Ohio Senate and House, among other races.