RICHLAND COUNTY -- Washington Township will get a new fire station. Ontario will not become a charter city. And voters across Richland County largely stayed home on Tuesday.

Those were the biggest issue takeaways from the primary election, which saw just 4.8 percent of eligible voters participate in the local decision-making.

According to final, unofficial totals from the Richland County Board of Elections, 1,897 out of 39,355 eligible voters cast ballots. 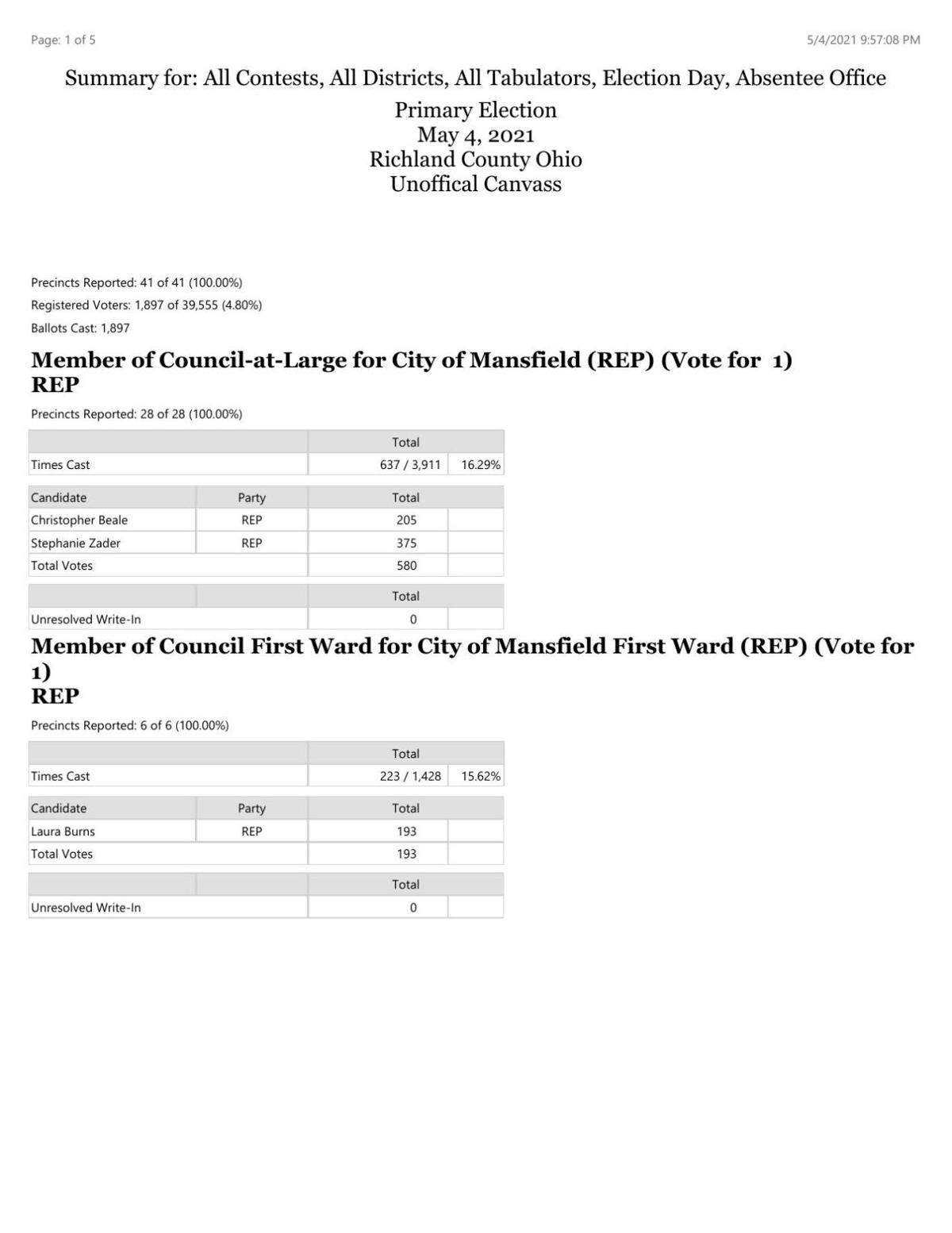 Matt Finfgeld, in his first year as elections director, had said Monday local officials had hoped for 10 percent turnout.

The low turnout didn't dampen the celebratory mood among Washington Township leaders.  Voters, by a narrow margin, approved a 2.4-mill, 30-year bond issue that will allow for the construction of a new $9 million building to house iits fire department and roads department.

According to the elections board, 50.7 voted in favor of the issue and 49.3 against. Unofficial vote totals were 280-272 as just more than 11 percent of voters in the township cast ballots.

The bond issue will cost the owner of a $100,000 home about $84 annually, township Trustee Bob Entenmann said prior to the election.

The new and larger facility will be built on about 15 acres at the corner of Vanderbilt Road and Ohio 13, across the street from Peoples Baptist Church.

In the City of Ontario, where 4.49 percent of 4,880 eligible voters participated, residents again decided against the city changing to a charter form of government. According to the elections board, 51.5 percent of residents rejected the idea, 113-105.

If the issued had been approved, a charter commission of 15 people would have been formed to draft a proposed charter.

In other issues Tuesday:

-- Voters in Plymouth approved the renewal of a 6-mill, five-year levy for current expenses, 15-12, with 5.17 percent of eligible voters casting ballots.

-- Voters in Shiloh approved the renewal of a 2.5-mill, five-year  levy for current expenses, 17-16, with 8.92 percent of voters participating.

-- Voters in Precinct 4-B in the City of Mansfield approved a Sunday alcohol sales request for the Kingwood Center Gardens, 33-6.

Stephanie Zader said Tuesday night that being forced to run and win a primary campaign for Mansfield City Council has prepared her for November.