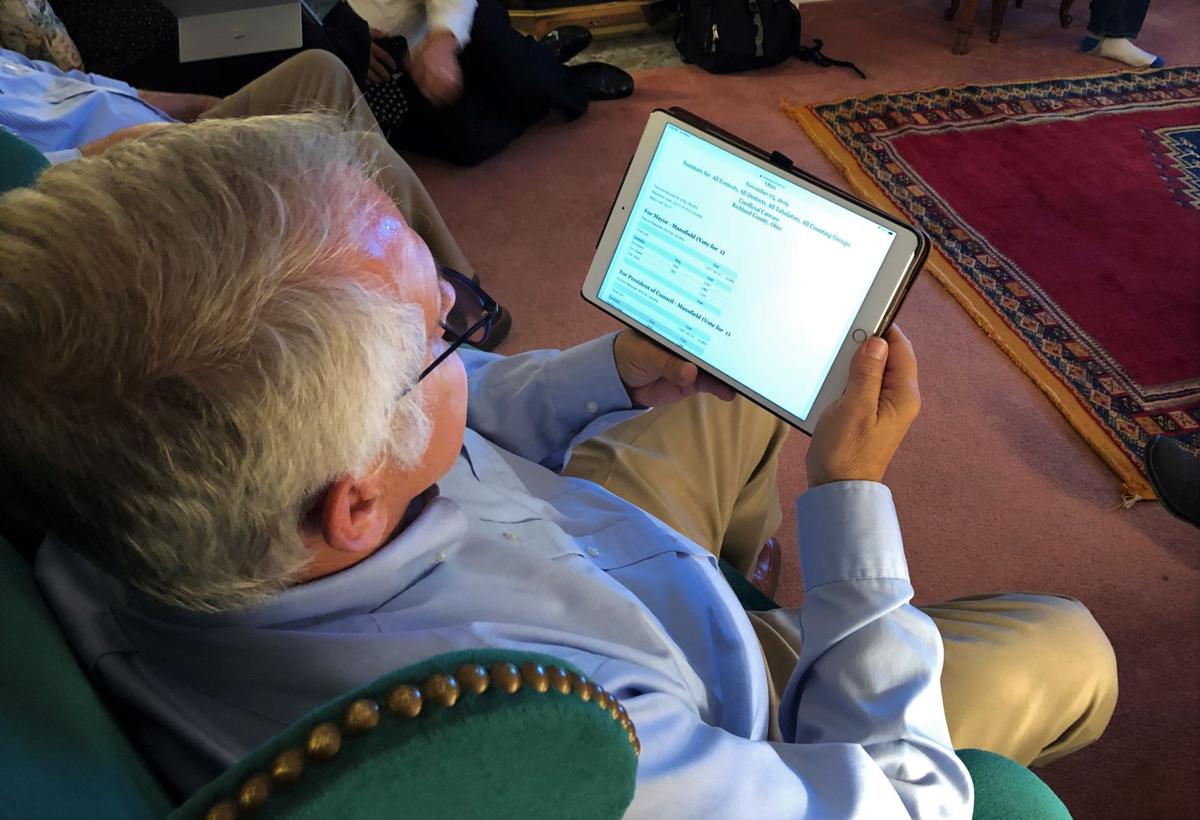 Mansfield Mayor Tim Theaker watches election returns on his tablet Tuesday night at his home. Theaker, a Republican, was re-elected to his third and final term in office. 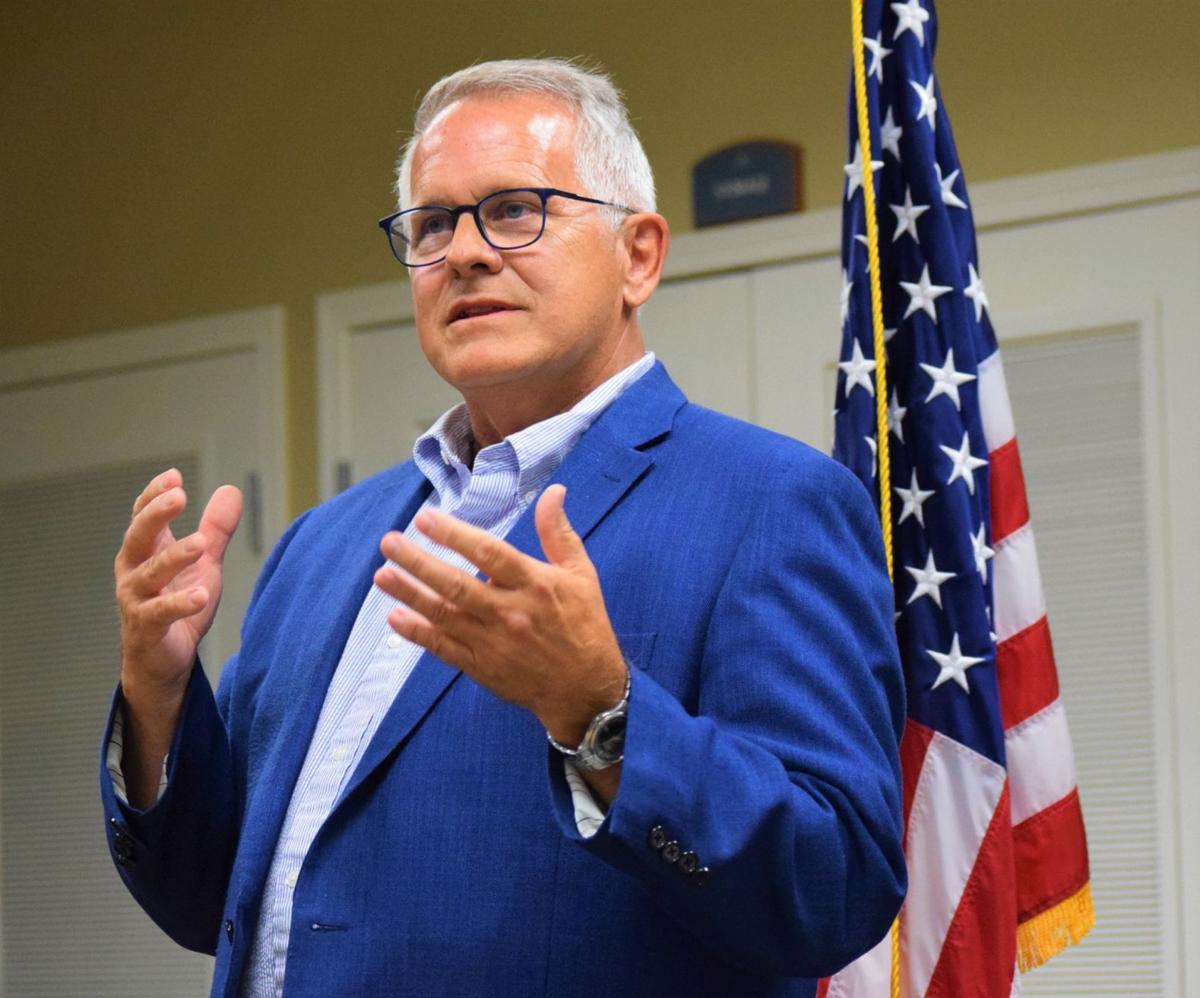 The incumbent Republican was re-elected to a third and final term as mayor, earning 54 percent of the vote, according to final, unofficial totals from the Richland County Board of Elections.

"I think we ran a clean campaign," the 66-year-old Theaker said. "I am very humbled. I want to thank the citizens of Mansfield. I think it's great that the people think I am doing a great job. The citizens realized Mansfield is moving forward."

Theaker, first elected in 2011, thanked many people, including his wife, Ann, who continued the door-to-door campaign after he suffered five broken ribs Oct. 24 during a police K-9 biting demonstration.

"She still went out, knocking on doors and talking to people," Theaker said.

During the campaign, Theaker asked voters to also give him a GOP majority on council. That wasn't the case Tuesday. Democrats will control six of the eight council seats, not including the non-voting council president.

"We will just have to work with council. We just need to work together. I know there are people on council who are there for the citizens, whether they are Republicans or Democrats," Theaker said.

"This will be my last term, so there is going to be a lot of stuff we try to work on."

"We were authentic and genuine and that's really the best part ... being true to who we are. We set out to move Mansfield forward and that's what we did and will continue to try to do," Bryant said.

Bryant, whose term on council will be up at the end of this year, said he will remain active in politics.

"Politics is in my blood. I am just going to continue doing what I am doing. I am not sure what I will do next, but I do plan on staying active in politics."

Bryant vs. Theaker: Voters on Tuesday will determine Mansfield's next 'CEO'

On Tuesday, Mansfield voters will make the decision on its next mayor: Republican incumbent Tim Theaker or Democrat Don Bryant, a current at-large member of Mansfield City Council.

LaRose affirms only U.S. citizens may vote in Ohio elections

Ohio Secretary of State Frank LaRose on Thursday ordered the Greene County Board of Elections to reject non-citizen voter registrations and put measures in place ensuring only citizens are allowed to vote Nov. 3.