MANSFIELD -- Matt Finfgeld is not predicting a mad dash to the polls Tuesday for his first effort as Richland County Board of Elections director.

"We are hoping to get to 10 percent (voter participation)," Finfgeld said Monday as elections workers dodged rain drops in getting voting equipment ready for moving to polling places. There is a 70 percent chance of rain on Tuesday, as well.

"Absentee voting has been very slow," he said. "We have 371 absentee ballots thus far, either by mail or in person. With around 39,000 voters eligible on Tuesday, that puts us around 1 percent. 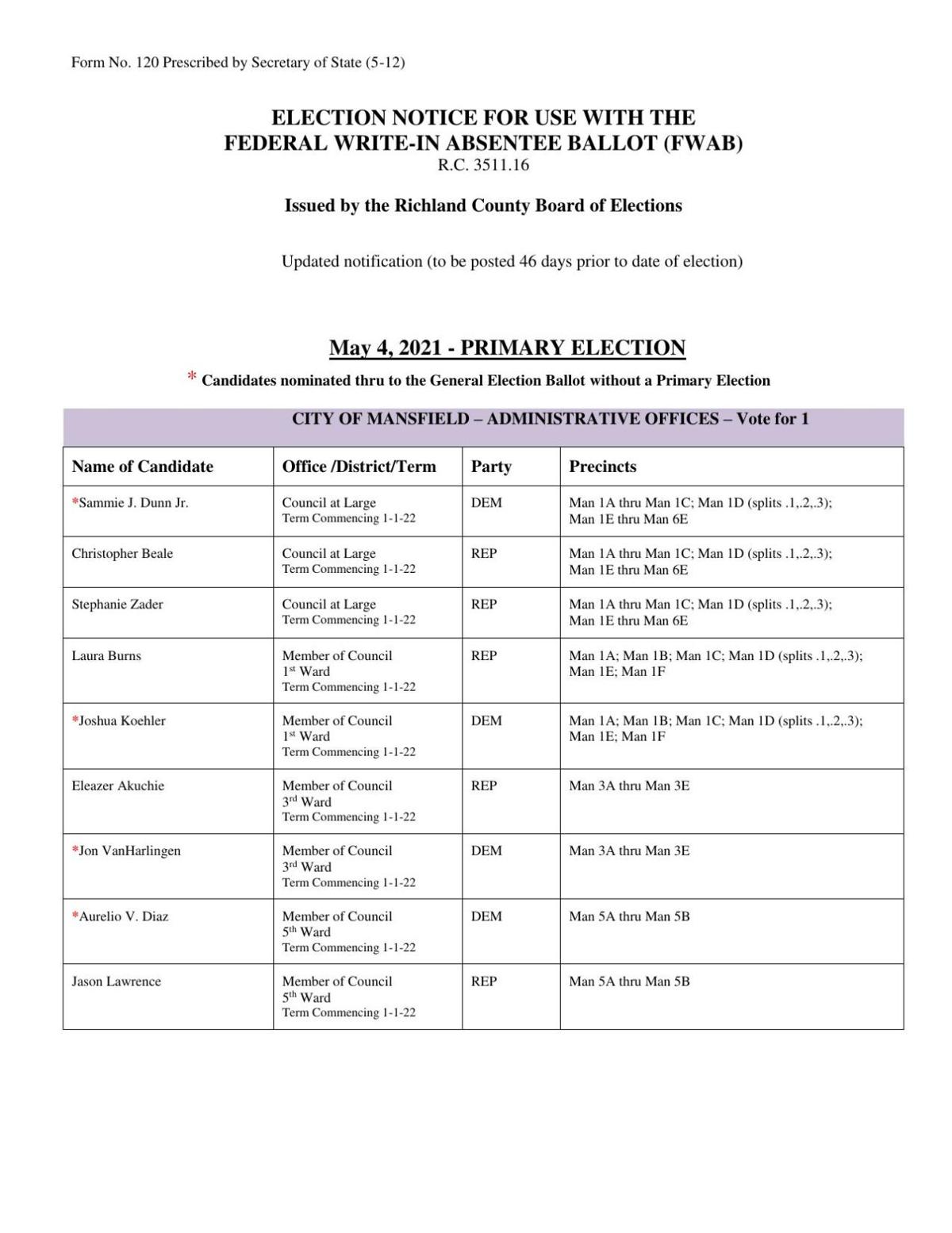 "It's a big difference from last year," said Finfgeld, who has worked at the local elections board on a part-time basis since 1992. He took over as director in April, replacing his mother, Paulette Hankins, who retired after 26 years in the top spot.

There are no countywide issues on the primary ballot, which Finfgeld said impacts turnout.

"Absolutely, it does make a difference," he said. "If levies on the ballot represent new money, turnouts are also a lot higher. That's why we are predicting a higher turnout in Washington Township."

A new $9 million home for the Washington Township fire department and roads department is planned if voters approve a bond issue Tuesday.

The City of Mansfield has a Republican primary for an at-large City Council seat between Stephanie Zader and Dr. Christopher Beale, as well as income tax renewal requests for the PRIDE and "Pothole Haters" taxes.

Voters in the City of Ontario will decide whether that community will become a charter city on Tuesday.

Regardless of turnout, Finfgeld said the local elections officials are ready.

"We are ready to go. Just trying to stay dry," he said.

Not every precinct in the county will be open on Tuesday due to a limited number of candidates and issues. Polls will be open 6:30 a.m. to 7:30 p.m.

MANSFIELD --Stephanie Zader said she thinks Mansfield is on the rise and she wants to help continue the improvements as a member of City Council.