MANSFIELD -- It took a couple of months longer than she anticipated, but Kirsten Pscholka-Gartner has won the Democratic Party nomination for Richland County Probate Court Judge.

According to final, unofficial vote totals from the Richland County Board of Elections on Wednesday afternoon, Pscholka-Gartner received almost 52 percent of the 5,551 votes cast in the primary election that ended April 28.

The elections board meets Tuesday to certify the election, which was extended beyond the scheduled March 17 date to the COVID-19 pandemic. 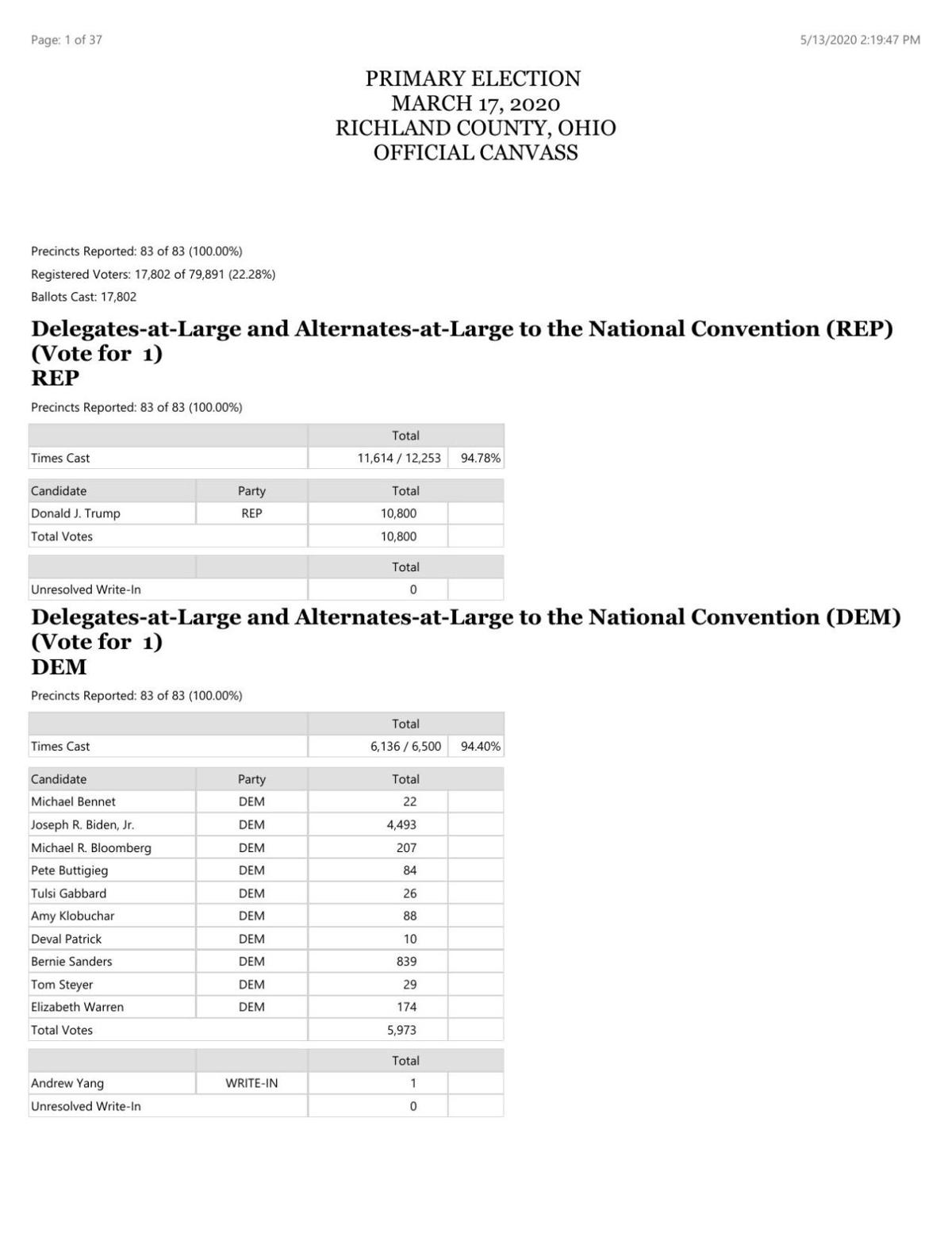 “It still hasn’t quite sunk in yet. I’m excited,” Pscholka-Gartner said Wednesday afternoon. “I look forward to campaigning in the general election.”

The party race for a seat on the bench was the only one too close to call after the first vote count on April 28. At that time, Pscholka-Gartner was leading by 148 votes, according to the elections board.

Both candidates received additional votes when provisional and absentee ballots were certified and counted by the board of elections on Tuesday.

“I do want to try to reach out to voters. I’m trying to look into novel ways to do that, since traditional campaigning probably isn’t going to be happening for a while,” Pscholka-Gartner said.

“I’m looking forward to getting to know more voters in Richland County and getting my name out there," she said.

Pscholka-Gartner began her legal career in 2004 as an assistant prosecuting attorney in the Richland County Prosecutor’s Office, primarily serving as an appellate attorney.

In January 2011, she was appointed by Judge Heather Cockley to serve as a magistrate in the Richland County Domestic Relations Court. She currently serves as the court’s chief magistrate.

Pscholka-Gartner attributed the success of her campaign to getting out and getting to know voters.

“I attended quite a few events and I had been involved with the Democratic Party for quite a while, so a lot of people knew me and I’m a regular women’s caucus member, so just meeting all those voters and talking to their friends and kind of doing a word of mouth campaign,” she said.

Pscholka-Gartner said one of her primary goals is making the court more accessible to the public.

“If I win the seat, I really am looking forward to trying to modernize the court. I do want to look into implementing electronic filing, which will improve access to the court as well and make it easier for people who may not be able to visit the court during traditional court hours.”

Jerger has been a probate lawyer for 29 years and is a partner at Bayer Jerger & Underwood law firm. Jerger plans to continue practicing law.

He said he had no regrets about the way his campaign was run.

“I think I did everything under my power to get my qualifications out there to the voting public,” he said. “I thank the public for supporting me. I enjoyed the campaign process as a first-timer and wish my opponent good luck in the general election.”