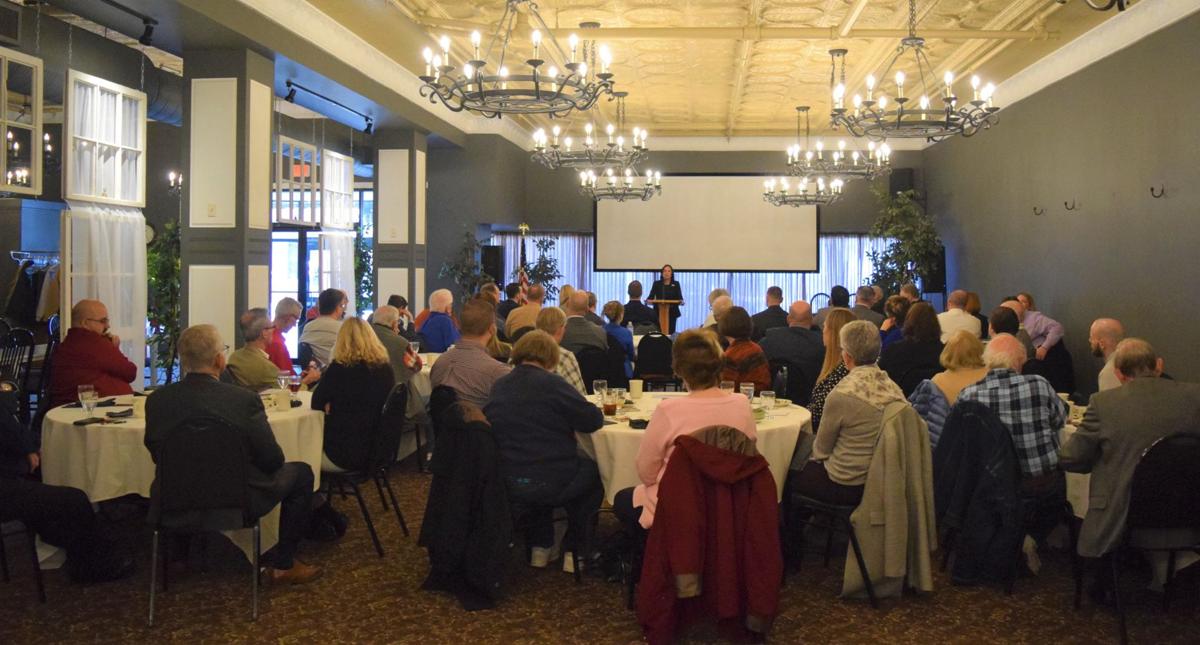 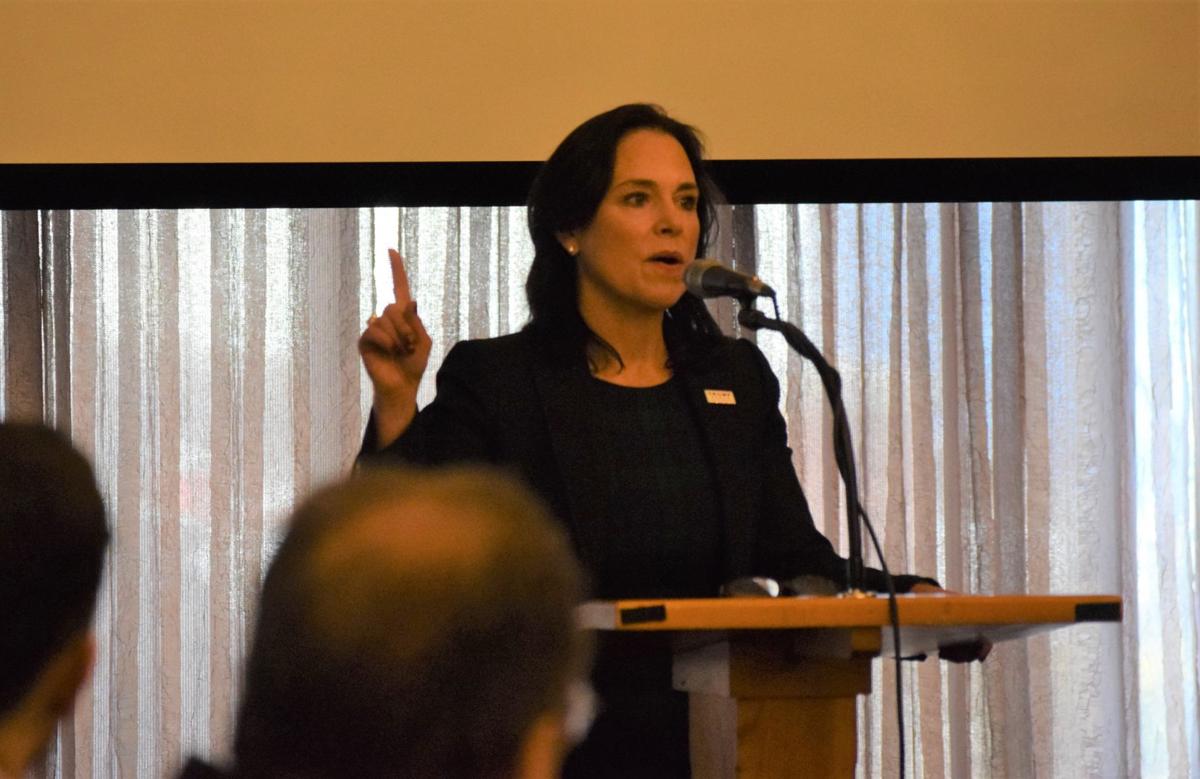 MANSFIELD -- Jane Timken may not look like it. But the 53-year-old chairwoman of the Ohio Republican Party played rugby while attending Harvard.

The diminutive Timken brought that fight with her to the Richland County Republican Party monthly luncheon on Monday.

"I am very competitive. I like to fight and I like to win," said Timken, the first female chair of the state GOP, elected in 2017. "I am asking each of you to do your part. We have to keep our foot on the gas.

"Too much is at stake this year. I don't want to wake up on Nov. 4 knowing we lost."

A Cincinnati native who now lives in Stark County, Timken said she has one focus leading up to November.

"Let me remind you, our focus leading up to this November remains the same -- to deliver a resounding victory for our president, Donald J. Trump," she said.

"Under President Trump, we have seen unprecedented success for all Americans."

-- a 3.5 percent national unemployment rate, which she said was a 50-year low.

-- more than seven million jobs created since Trump took office, more than 500,000 in the manufacturing sector.

-- record-low unemployment among blacks and Hispanics.

-- the appointment of more than 180 conservative judges to federal benches, including two to the U.S. Supreme Court.

-- his recent decision to be the first president to speak at the national March for Life.

-- his efforts to "fix our immigration problem," including increased border security.

"President Trump simply puts the safety and prosperity of Americans first," she said.

She criticized the ongoing impeachment battle, now in the U.S. Senate, as a "hoax" and that Democrats had sought to remove Trump from office since he day he was elected in 2016.

"They know they can't beat (Trump) at the ballot box, so they will continue their calls for impeachment," predicting that attempt will continue even after this week.

A former practicing attorney, Timken was asked what it was like to spend time with the president.

"I love this president. He is a warm, funny, smart and wonderful man. When I have been in rooms (with him) of maybe five people, he actually doesn't do a lot of the talking. He wants to listen to people and he wants to get their input and advice," she said.

"He really seeks out others' opinions. Sometimes he will get people to debate ... he likes to have the discourse back and forth in the opinions of other people.

"He is one of the funniest people I have ever met ... he could be a stand-up comedian. He is very real. In his heart, I know the reason why he ran for president and the reason he wants to be re-elected is because he wants to make a difference for every single American."

Timken also spoke on behalf of Ohio Supreme Court justices Sharon Kennedy and Judy French, both of whom are on the ballot in November.

"These races are critical," she said. "We cannot afford justices who are activists. We have a separation of powers. It's in our Constitution. We need judges who interpret and apply the law as written and not legislate from the bench."