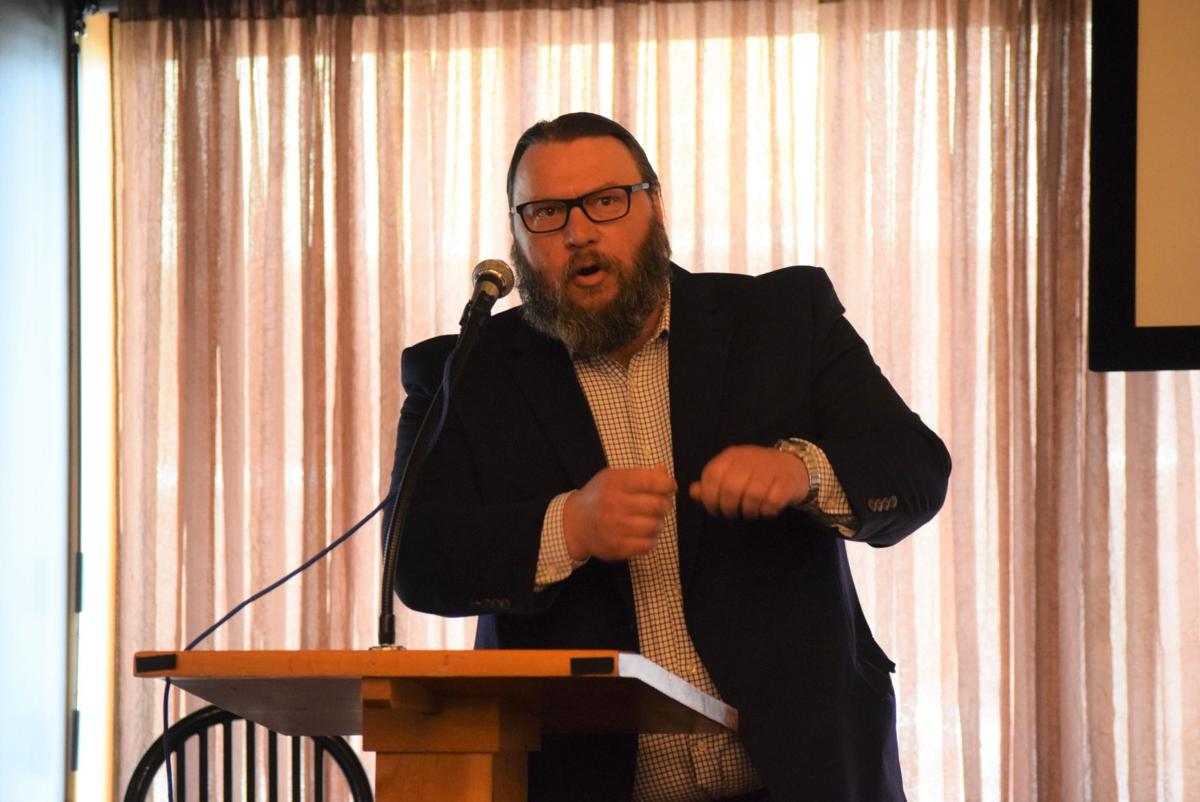 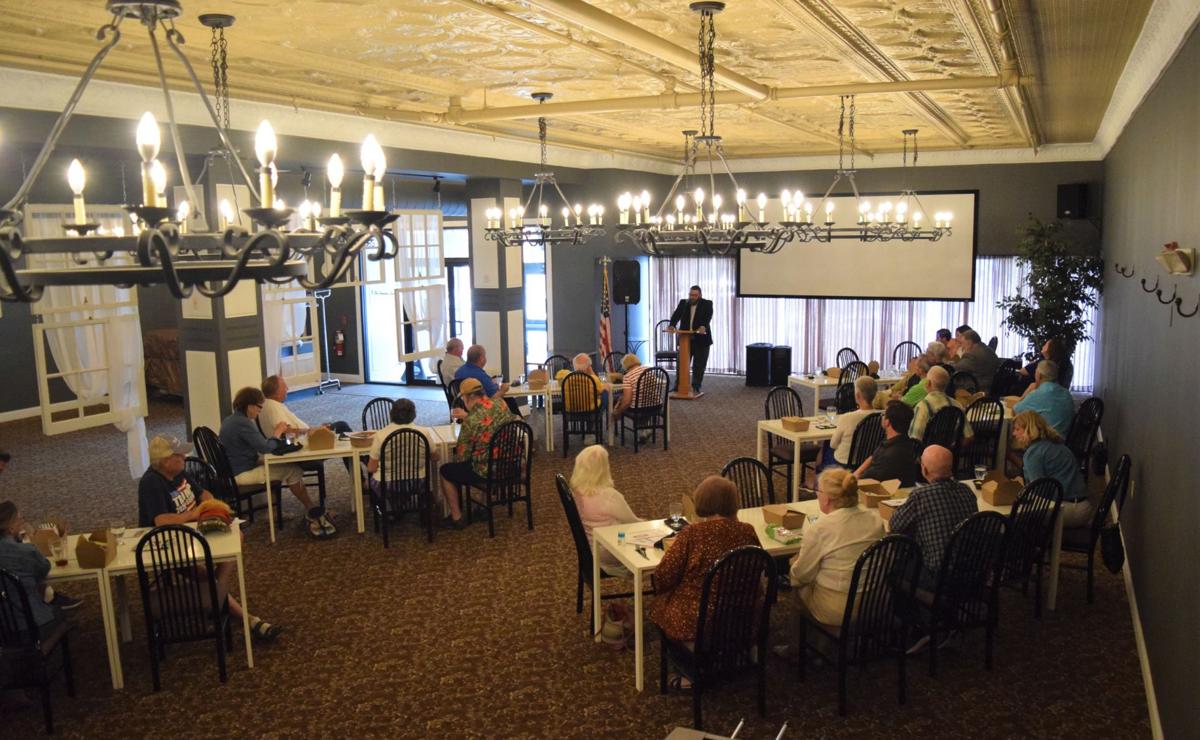 MANSFIELD -- The country's founding fathers were imperfect, but they created a set of principles that set the stage for freedoms unequaled in the world, an Ashland University professor told Richland County Republicans on Monday.

"How do we want to remember our founders?" asked Christopher Burkett, associate professor of political science at Ashland University and co-director of the Ashbrook Scholar Program. "Is what they did enough for us to respect and admire, despite the fact they were imperfect human beings?

"We're constantly bombarded these days with (negative) remarks against the American founders, usually from academics, intellectuals, celebrities and political figures that I think can easily be proven false with just the slightest bit of honest historical study."

Speaking at the local monthly party luncheon, Burkett said that some today believe the founders "committed the worst sin imaginable by not once and for all, with the stroke of a pen, abolishing slavery and ending racism, sexism and a host of other injustices."

Critics today point out that many of the men involved in the founding of the nation were themselves slave owners.

Burkett said such a stance today, "ignores the possibility of some really transformative effects of the words and ideas found in the Declaration of Independence, that they were to have the effect of remaking the world.

He cited the Declaration, written by Thomas Jefferson, that said, "We hold these truths to be self-evident, that all men are created equal, that they are endowed by their Creator with certain unalienable Rights, that among these are Life, Liberty and the pursuit of Happiness."

"That's why one of the most perplexing things to me today is along with the condemnation of the founders, we now tend to condemn the principles," Burkett said.

The professor said the men involved in the nation's founding, including the U.S. Constitution, knew they didn't have the power to immediately free the world from all injustice.

"They meant simply to declare the right, so that the enforcement of it would occur as fast as circumstances should permit," Burkett said, adding it's much easier today to condemn racism and other societal ills than it was when the nation was founded.

"We seem to have the standard today that anything short of perfection is corruption.

"Now we, as a people, can continue down the path of continuing to condemn the founders because they were unable to do, what I am sure no one living at the time could do, or we can take stock and give credit for what the founders were able to accomplish."

In a speech that included quotes from George Washington, Thomas Jefferson, Abraham Lincoln and Frederick Douglass, Burkett said the founders, in addition to articulating the nation's guiding principles, had "some accomplishments that were really quite radical."

He cited the idea of limited government at the consent of the governed; setting the stage for democratic elections; and establishing religious liberty as a "fundamentally inviolable right, ending centuries of religious persecution, masquerading as religious toleration."