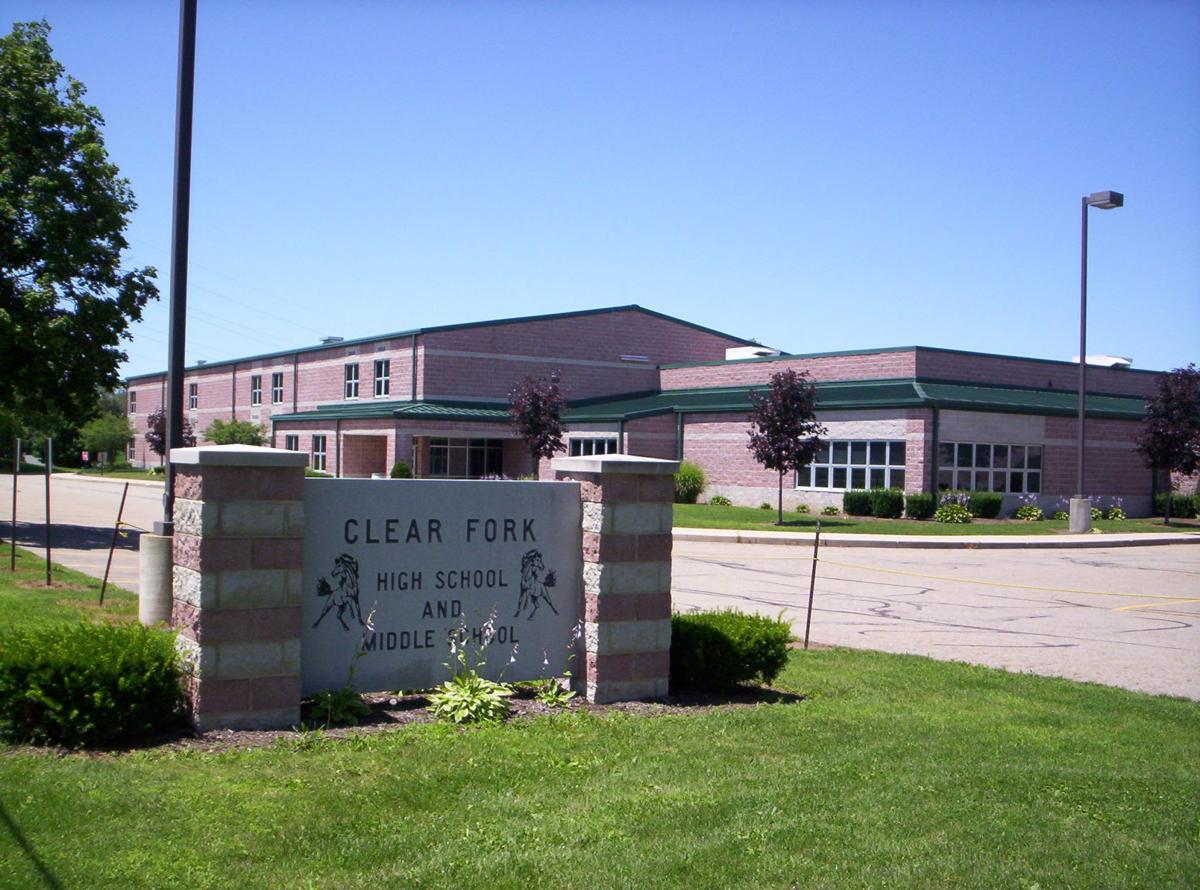 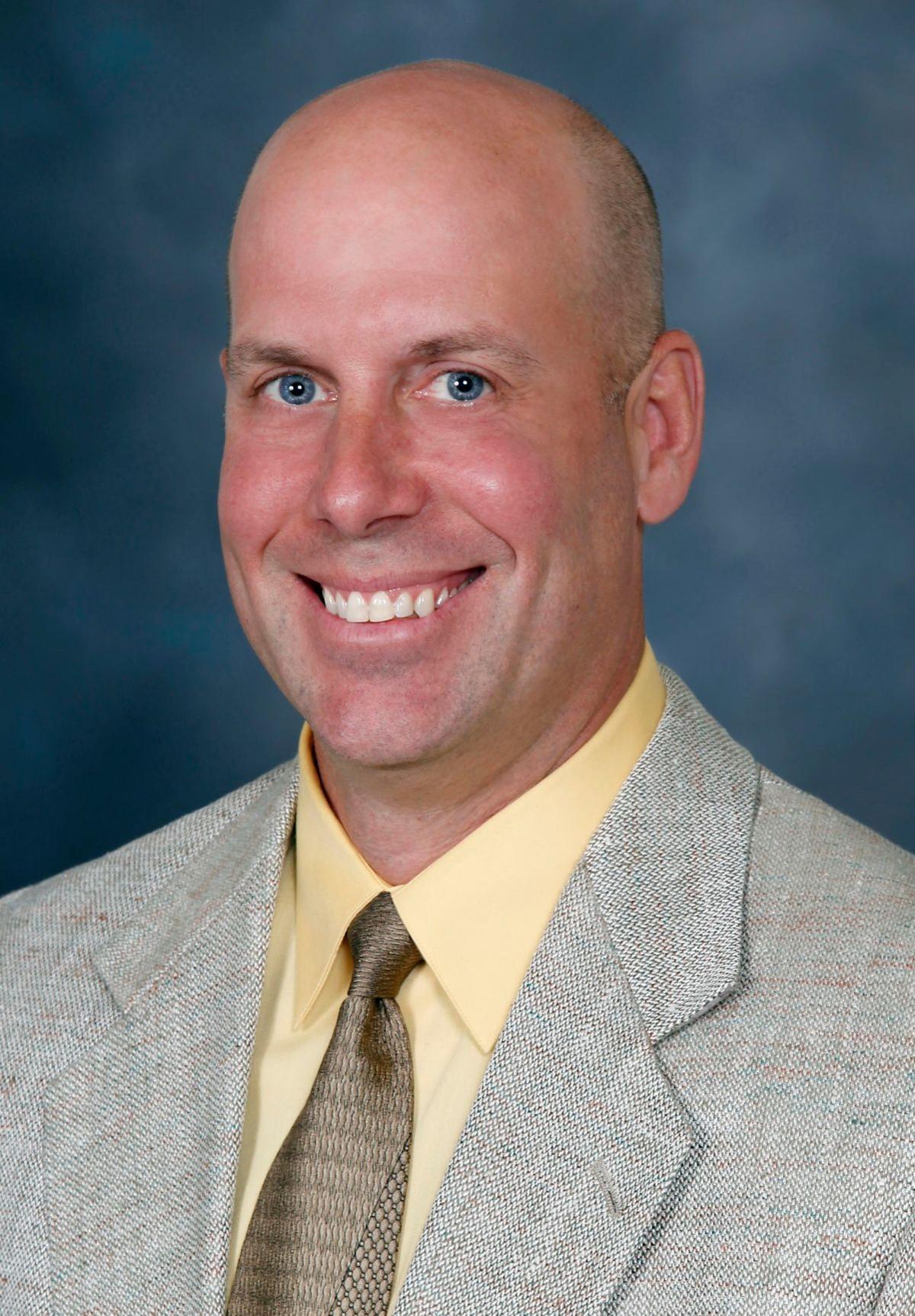 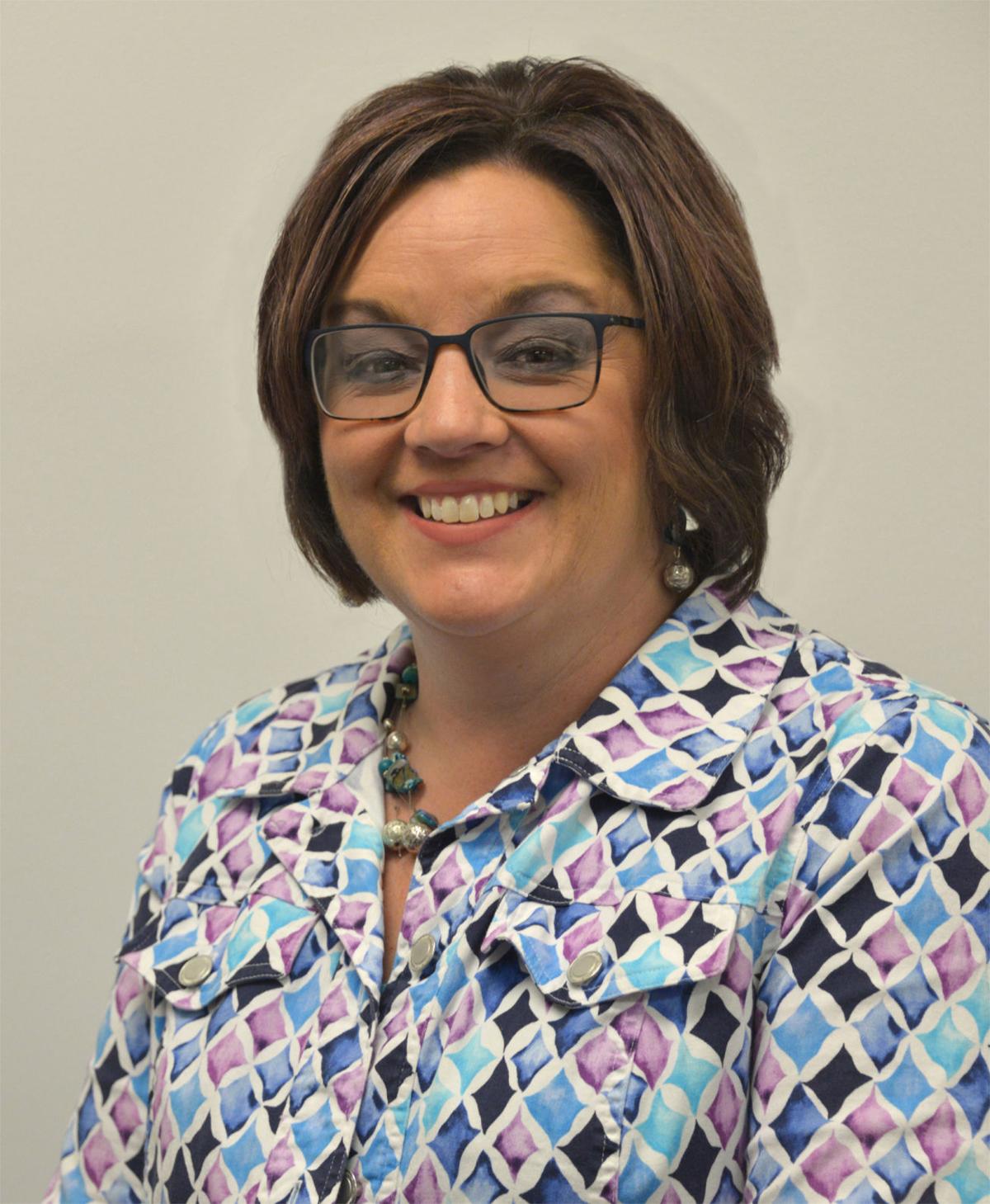 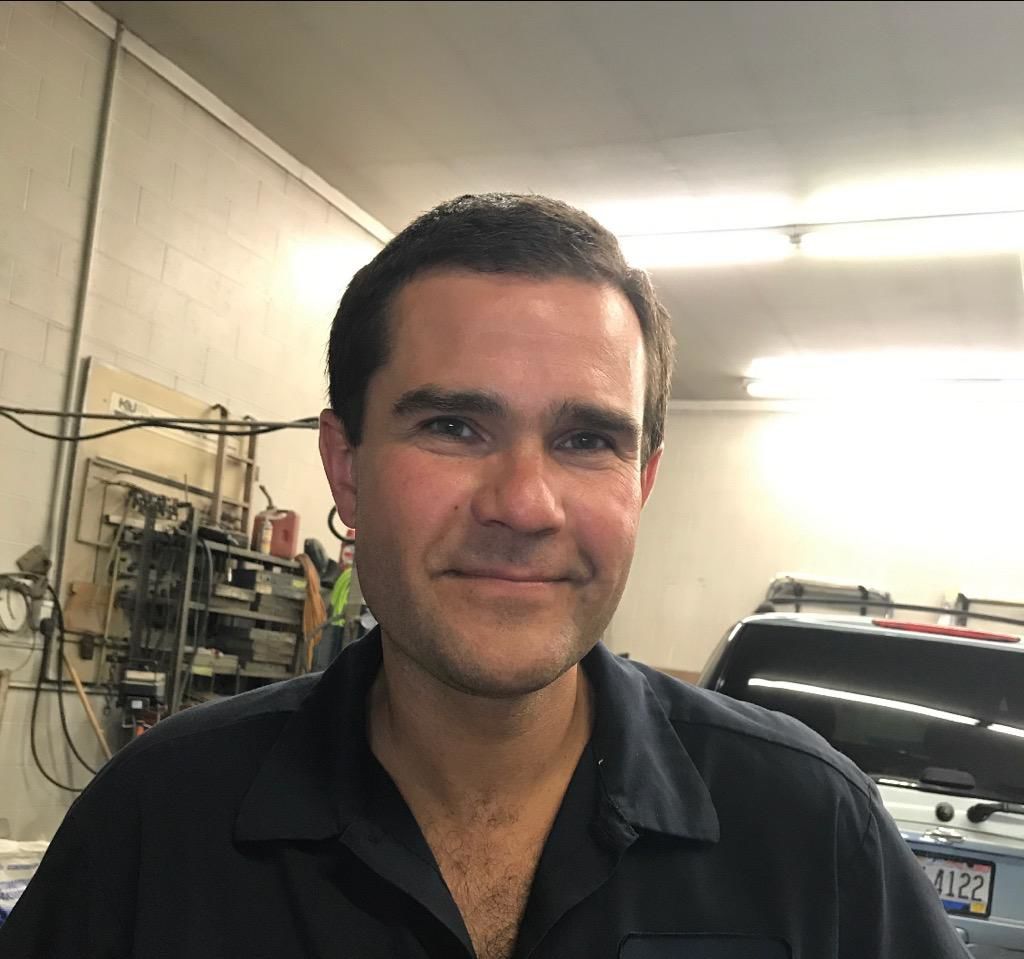 Current members Gary McCue and Lori McKee -- who were both appointed during other people’s terms -- are running against newcomer Welsey Dingus to finish two unexpired, two-year terms, while another returning member Carl Gonzalez and newcomer Ryan Knuckles are running unopposed for two available four-year terms.

Gonzalez is seeking re-election, while Knuckles is looking to fill the void left by former board member, Dan Freund, who did not apply for re-election.

Gonzalez, Knuckles and the two winners of the two-year terms will join current board president Amy Weekley in January 2020.

School board members currently make $100 per meeting for a limited number of meetings per year.

McCue, of 584 Rhinehart Road, was appointed to the Clear Fork Valley School District's Board of Education in July.

The longtime Bellville resident and former commander of the Ohio Air National Guard's 179th Airlift Wing applied for the position after the resignation of former board president Kyle Beveridge.

“I’ve been involved in the community for many years, and this is a continuation of that effort. It’s important to be a part, and lend what experience you can, to further the goals and grow a community,” McCue said. “I’m all about service and this is another way to support.”

If elected, he promises to continue to support and do what he can to make the board better.

“I’m a good fit because of my experience in leadership, but more importantly followership. This is not about me, it’s about the students of Clear Fork Schools,” McCue said.

The short term goals, he said, are “laid out for us as we start another school year,” but in the long term, he anticipates the district’s growth.

“We have a great reputation, and with new schools, new turf in the stadium due to amazing boosters, it’s going to be a fun next several years,” he said.

“Our greatest achievement though, is the quality of teachers, staff and administrators. This is ultimately why folks want to move to the Valley or open enroll.”

He’s a lifelong resident of Ohio, who has lived several places. His father’s job moved him from Fremont to Ashland to Warren. But upon retirement, McCue’s father was hired on with United Telephone, and brought his family to Mansfield.

McCue graduated high school in Warren, attended Kent State for his undergraduate degree. At the same time as going to college, he joined the Air Force (Air National Guard) at the 179th.

“After college, I left for flight school and active duty service, coming back to the area in 1991,” he said. “I’ve been here ever since, moving to the Valley in 1998.”

McCue has been on the boards for North Central State College, the United Way of Richland County and Richland Area Chamber of Commerce.

“To name a few,” he said. “It’s incumbent on community leaders to do just that.”

McKee, of 292 Rhinehart Road, was appointed to the school board to fill the unexpired term of Jennifer Stallard for the period of May 14, 2018 through December 31, 2019.

“I feel that I bring a different perspective to the board. I bring finance and education (from early childhood development education to higher education) to the table,” McKee said.

She’s worked in higher education for the past nineteen years. And currently serves as the vice president of finance and business services at North Central State College.

“With that, I see the impact of a solid K-12 education in regards to preparing students for their future education goals,” McKee said. “Without a solid foundation, students time to graduate and in turn, time to employment is extended.”

She also sees her background in finances as another advantage.

“School funding/school finance is not an easy topic to understand, and the formulas seem to change with each biennial budget. With the finance/fund accounting experience that I have, I am able to break down some of those barriers,” she said. “As a board member, we need to work with our treasurer to have a vision for the next five, even ten, years or more.”

“We need to think about the needs for resources strategically so the district is not surprised by a shortfall that often could have been foreseen. If we do that, and perhaps more importantly share that with our voters, then we maintain trust, and have credibility when we need to discuss funding of our schools.”

If elected, she’s not looking to “change everything.” She says she wants to maintain the pride that she and other residents feel for the district.

“Clear Fork schools served me and the needs of my children very well. It prepared me to continue my education, and build a great life in our wonderful community,” McKee said.

But she does see a need to improve the board’s communication with district residents, saying the conversation is more often about concerns than praise for the students, faculty and staff.

“There are a lot of amazing people doing great things. I want everyone to know about those accomplishments,” she said.

“Our commitment to provide an excellent education will always be at the forefront of my thinking as a board member,” she said. “If we do that consistently, I believe our graduates will continue to thrive after graduation, prepared for the next steps in each of their lives – on to college, to great jobs, or military service.”

McKee was born and raised in the Bellville area. She attended Bellville Elementary and graduated from Clear Fork High School in 1990. She’s lived in the district for her entire life.

In addition to her job at NCSC, she currently serves as the treasurer to the Board of Trustees for the college and the NCSC Foundation.

Previously, she served as president elect, president and past president of the Ohio Bursars Association, the facilitator of the Controllers Group of the Ohio Association of Community Colleges and treasurer of Big Brothers / Big Sisters of North Central Ohio.

Dingus, of 142 Elm Street in Butler, would be new to the board, if elected in November.

“My approach will be head on. I'm running for a two year term, and that doesn't give me a lot of time to make a positive impact for the Clear Fork Valley, so why beat around the bush?” Dingus said. “The fiscal house needs to remain in order, seeing that the taxpayer's dollars go as far as previously promised, and the safety of all students and all staff are my top three priorities.”

His philosophy is "How far my money goes matters as much as how far their money can go.”

Dingus is currently a council member for the Village of Butler, where he says he has experience with managing tax dollars for road work, bridge projects, a water tower project and most recently a new water treatment plant.

“In addition, being on council you learn to work with other people even if your views are different,” Dingus said.

He was one of three people who had applied to fill the vacant role left by Beveridge earlier this summer. McCue was chosen by the board instead.

Dingus born in Ashland, but has lived in the district for about 30 years. He graduated Clear Fork High School and Knox County Career Center Auto Collision Program in 1996.

He currently works in Bellville at Moore's Downtown. Before that, he worked for Randy's F&W Repair for 15 years and spent 3 years with F&W Towing.

He is a father of three. Two of his children have graduated from Clear Fork High School.

“I care deeply for the Valley and District, as well as the taxpayers,” Dingus said. “I don't know if I'm the best fit, but I know I love my community.

“I love serving people, and I can serve more people on the school board than on council in the Village of Butler.”

Currently, Dingus is a council member for the Village of Butler, the president of the Butler Area Merchants Association and a chairman on the Butler Apple Fest Committee.

Gonzalez, of 4543 Possum Run Rd., is running unopposed for re-election for a four year term.

The longtime Clear Fork Valley resident joined the board in 2016.

“As a board member and a member of the community, I have realized how exceptional our schools are and our curriculum is superior,” Gonzalez said. “ I am so proud of our community working together to build 2 beautiful new schools.”

“My wish for Clear Fork Valley Schools is to continue our growth in education to prepare our kids for their next venture.I want to do this by continuing to serve my community as a Clear Fork Valley board member.”

His wife, children and one granddaughter have graduated from Clear Fork High School, and currently he has three grandchildren attending Clear Fork Valley Schools.

He is currently a member of the Clear Fork Athletic Boosters, first vice president of the American Legion Post 535 and a Richland County poll worker.

Knuckles is running unopposed, too, but unlike Gonzalez, he will be new to the board.

Knuckles, of 1021 Honey Creek Road West, said he’d like to “bring consistency to our school board.”

“To be there for the correct reason to focus on our district,” he said. “To listen, observe and collect needed data to make the appropriate decision in the best time frame for the situation and our community.”

One of his priorities is to approve school calendars that "reflect what's best for our students and community." He shared that he wants to make sure all possibilities and requirements for our calendar are evaluated to best improve the district's grade and test scores.

Knuckles currently works as an intervention specialist at Lexington High School, and prior to that he taught in Florida for about four years. He graduated from Clear Fork High School in 1998, from Kent State in 2003 and from Ashland University in 2013.

"I'm an educator who has worked in and with and an amazing school since 2009, (and I've) observed how the Lexington Board of Education works to provide the best quality of education possible for their community," Knuckles said. "We need consistency of educators who Valley born, Valley educated and Valley focused."

He's held positions like the Lexington Teacher's Association President from 2017 to 2019.

He considers himself to be a "dedicated family man" as coaches many sports for his daughter.